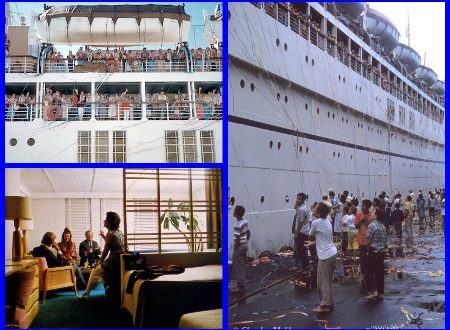 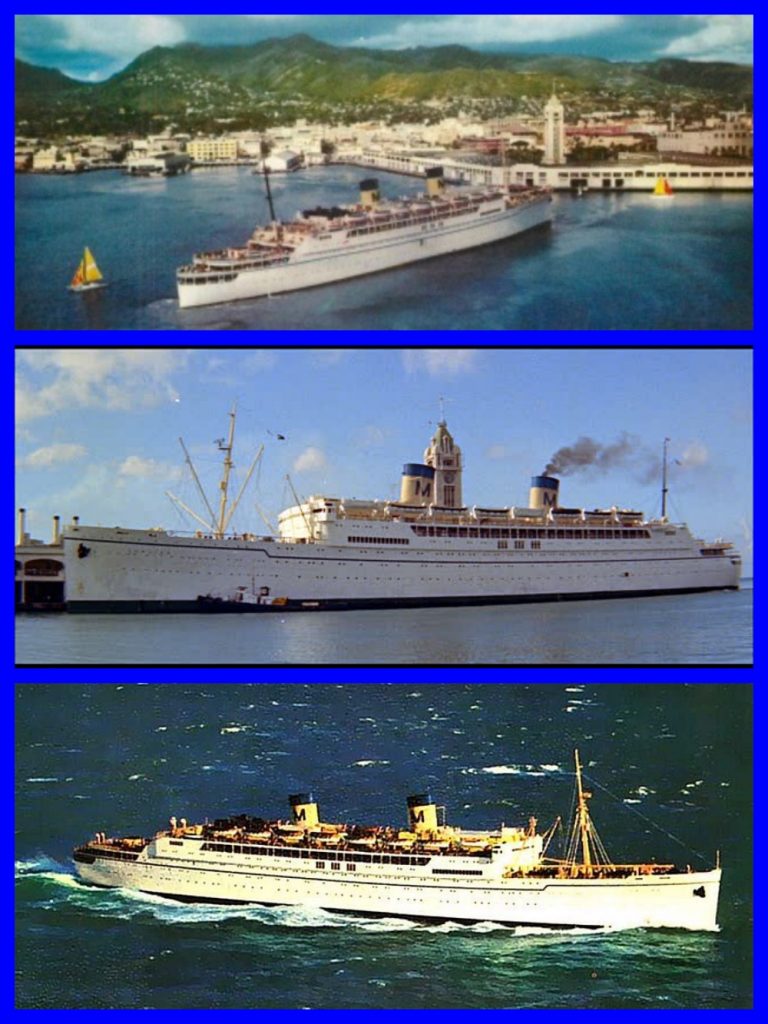 Here’s some fabulous unidentified color footage of a festive sail away aboard the SS Lurline, leaving San Francisco for Hawaii in what looks like the early 1960s. Here’s a question for you viewers… how did the photographer manage to film the ship leaving the dock… and then get aboard?! Have fun!

SS Lurline sailing from Los Angeles in the 1950s.

William Matson had first come to appreciate the name in the 1870s while serving as skipper aboard the Claus Spreckels family yacht Lurline (a poetic variation of Loreley, the Rhine river siren) out of San Francisco Bay. Matson met his future wife, Lillie Low, on a yacht voyage he captained to Hawaii; the couple named their daughter Lurline Berenice Matson.

Captain’s reception aboard the SS Lurline – the 1950s…

THE LURLINE IS HAWAII… magazine ad from the 1950s…

Spreckels sold a 150-foot brigantine named Lurline to Matson so that Matson could replace his smaller schooner Emma Claudina and double the shipping operation which involved hauling supplies and a few passengers to Hawaii and returning with cargos of Spreckels sugar. Matson added other vessels to his nascent fleet and the brigantine was sold to another company in 1896.

Matson built a steamship named Lurline in 1908; one which carried mainly freight yet could hold 51 passengers along with 65 crew. This steamer served Matson for twenty years, including a stint with United States Shipping Board during World War I. Matson died in 1917; his company continued under a board of directors.

Lurline Matson married William P. Roth in 1914; in 1927 Roth became president of Matson Lines. That same year saw the SS Malolo (Hawaiian for “flying fish”) enter service inaugurating a higher class of tourist travel to Hawaii. In 1928, Roth sold the old steamship Lurline to the Alaska Packers’ Association. That ship served various duties including immigration and freight under the Yugoslavian flag (renamed Radnik) and was finally broken up in 1953.

In 1932, the last of four smart liners designed by William Francis Gibbs and built for the Matson Lines’ Pacific services was launched: the SS Lurline christened on 12 July 1932 in Quincy, Massachusetts by Lurline Matson Roth (who had also christened her father’s 1908 steamship Lurline as a young woman of 18). 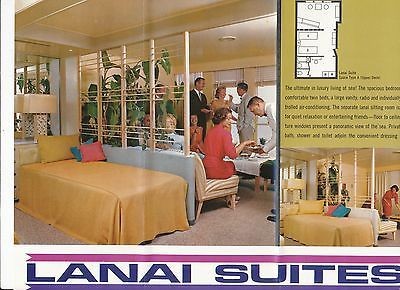 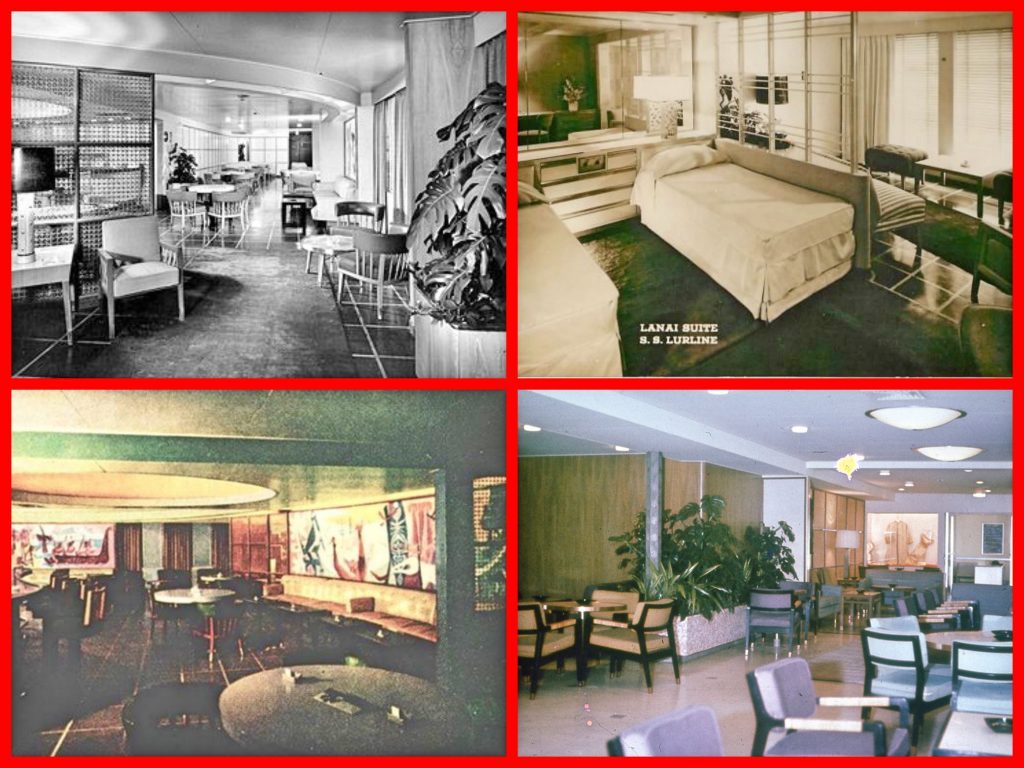 Famous aviator Amelia Earhart rode Lurline from Los Angeles to Honolulu with her Lockheed Vega airplane secured on deck during December 22–27, 1934. The voyage prepared her for the record-breaking Honolulu-to-Oakland solo flight she made in January 1935.

SS Lurline sails from Honolulu for California just before Pearl Harbor and the beginning of WW 2.

Lurline was half-way from Honolulu to San Francisco on 7 December 1941, when the Japanese bombed Pearl Harbor. She made her destination safely, traveling at maximum speed, and soon returned to Hawaii with her Matson sisters Mariposa and Monterey in a convoy laden with troops and supplies. 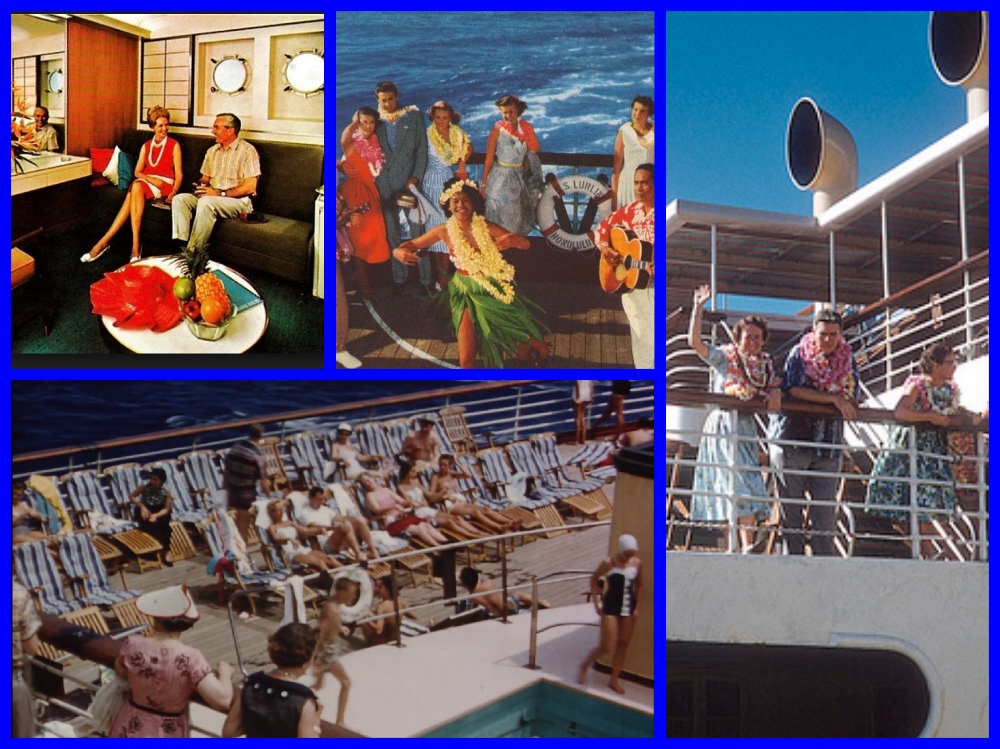 She spent the war providing similar services, often voyaging to Australia, and once transported Australian Prime Minister John Curtin to America to confer with President Roosevelt. Wartime events put the Lurline at risk. Royal Australian Air Force trainee pilot Arthur Harrison had been put on watch without adequate training. “A straight line of bubbles extending from away out on the starboard side of the ship to across the bow. I had never seen anything quite like it, but it reminded me of bubbles behind a motorboat. I called to the lad on watch on the next gun forward. A few seconds later the ship went into a hard 90 degree turn to port. We RAAF trainees received a severe reprimand from the captain for not reporting the torpedo. Anyway, it was a bad miss.”

Her high occupancy rates during the early 1950s caused Matson to also refit her sister ship SS Monterey (renaming her SS Matsonia) and the two liners provided a first-class-only service between Hawaii and the American mainland from June 1957 to September 1962, mixed with the occasional Pacific cruise. Serious competition from jet airliners caused passenger loads to fall in the early 1960s and Matsonia was laid up in late 1962.

Lady passengers sunning in 1950s aboard the SS Lurline.