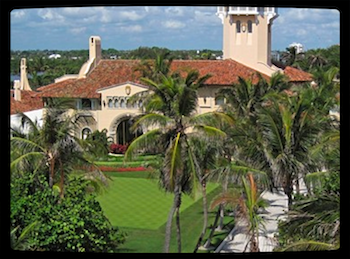 The world knew the size of her fortune, the length of her yacht and the speed of her Vickers Viscount turboprop jet with a Rolls-Royce engine. Mar-a-Lago – Ocean to the Lake

But her family, friends, and staff were the ones aware that regardless the extent of Post’s inheritance, there were few as compassionate and generous. “There are others better off than I am. The only difference is I do more with mine,” Mrs. Merriweather Post once told an interviewer.’ Her secretaries, cooks, maids, footmen, and chauffeurs especially were mindful of Post’s uncompromised standards at Palm Beach, whether accommodating distinguished house guests, holding black-tie dinners or underwriting a charitable gala. They could attest she was as confident hosting dignitaries beneath the gold-leaf ceiling in Mar-a-Lago’s living room as she was welcoming underprivileged children with peanuts and hot dogs to a circus tent put up on her lawn. So they were probably not surprised in April 1944 when Mar-a-Lago, Post’s more than 15 acre, 100+ room ocean-to-lake enclave with a nine-hole golf course, was converted into an occupational therapy center for convalescent WW II veterans housed at The Breakers, then operating as the Ream General Hospital. Her readiness to share her private realm during wartime foreshadowed what she expected might be one of her lasting legacies: Her dream of having Mar-a-Lago repurposed for a greater good, as a presidential retreat and sanctuary for visiting heads of state. However ambitious Post’s aspiration, the mansion’s construction posed obstacles that at times made its completion in 1927 as unlikely as the roundabout way it eventually fulfilled Post’s objective – as the Winter White House of President Donald Trump, who bought the property late in 1985 and opened it as his private Mar-a-Lago Club a decade later.