LATEST
Home > ALL POSTS > Juan Bastos carries on the tradition of John Singer Sargent with a Latino American influence. 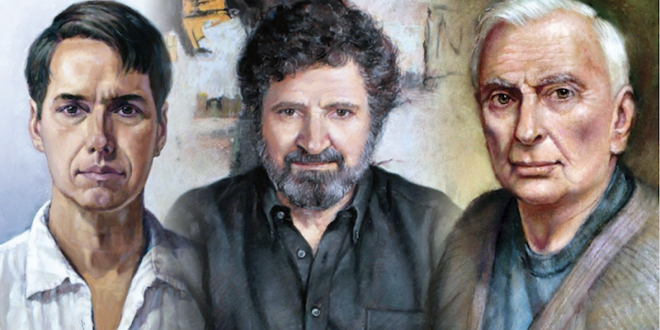 Juan Bastos carries on the tradition of John Singer Sargent with a Latino American influence.

Juan Fernando Bastos (Caracas, 1958) is a portrait artist whose transit through Venezuela, Bolivia, Washington, Baltimore and finally Los Angeles has nourished a one of a kind aesthetic in visual representation. His work has reached different latitudes and represents the success of transcultural phenomena. He’s considered one of the most in-demand portrait artists in the world. Juan Bastos with Britain’s Princess Michael of Kent at a recent exhibition of Juan’s paintings in Los Angeles. (Left) Portraits of Gore Vidal and Tennessee Williams by Juan.. (Right) Vidal is seen at home and Williams is seen aboard the SS France with Andy Warhol. Eugenio López Alonso, the sole heir to the Jumex fruit-juice fortune, is known as an arts patron whose foundation underwrites contemporary art exhibitions in Mexico, courses in Latin American art at U.S. colleges and art schools, and programs at U.S. museums focusing on Latin American art. Clockwise: Images of Juan Bastos. Including TV interviews in South America and a recent magazine feature. Juan’s love of animals is seen in these wonderful portraits of a cat, bunny and a dog. Clockwise: Juan at a recent art gallery opening; Portrait of a Southern California business leader; Juan with a young man and his portrait. Guests at Juan’s recent exhibition. Including views of the gallery and recent portrait of a young man.