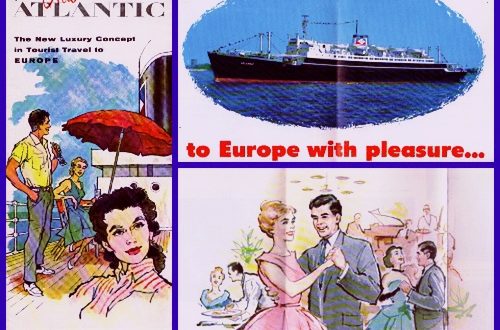 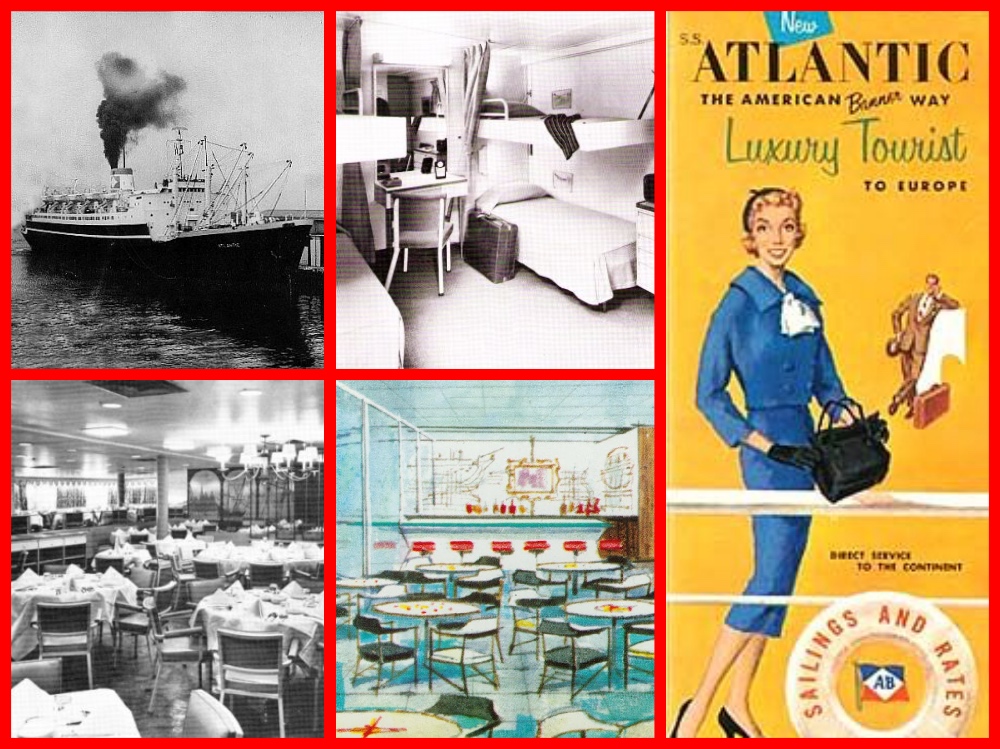 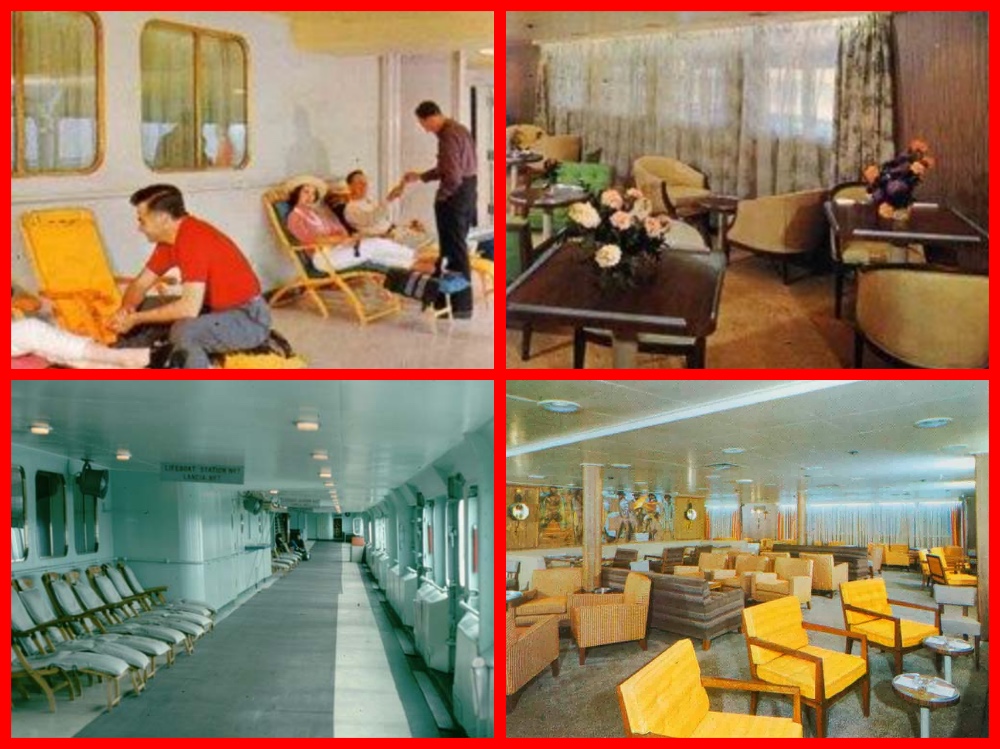 A wonderful video aboard the SS Atlantic.

Bernstein acquired the C4 standard freighter BADGER MARINE in 1957 and was rebuilt into a passenger-cargo ship renamed ATLANTIC and followed the pattern set by the Holland America Line’s STATENDAM, RYNDAM and MAASDAM by devoting over 85% of the interior space to tourist class. Bernstein’s major innovation was that all cabins had private facilities. This was unheard of in tourist class at this time.

Passengers aboard the Queens, Flandre, United States, America, etc., had to walk down the passageway to the toilets and showers.

The new Oriana and Canberra – still had cabins in tourist class without private facilities.

Bernstein knew that Americans wouldn’t tolerate this in the 1950s and they demanded a tourist class with your own bathroom.

The Atlantic was not one-class. The ship had a very limited number of first-class cabins (not more than 40 passengers) with over 95% of the remaining accommodations tourist class (840).

This was not the choice of American Banner Lines but because the Trans-Atlantic Steamship trade association (dominated by Cunard and the US Lines) set minimum first, cabin and tourist class fares.

If the ATLANTIC had sailed without first-class the ships would have had to charge higher fares for the tourist class service — almost equal to cabin class. However, the venture was badly timed just four months before the beginning of regular passenger jet service and was not profitable and the ATLANTIC was withdrawn from service in November 1959 and later sold to American Export Lines. 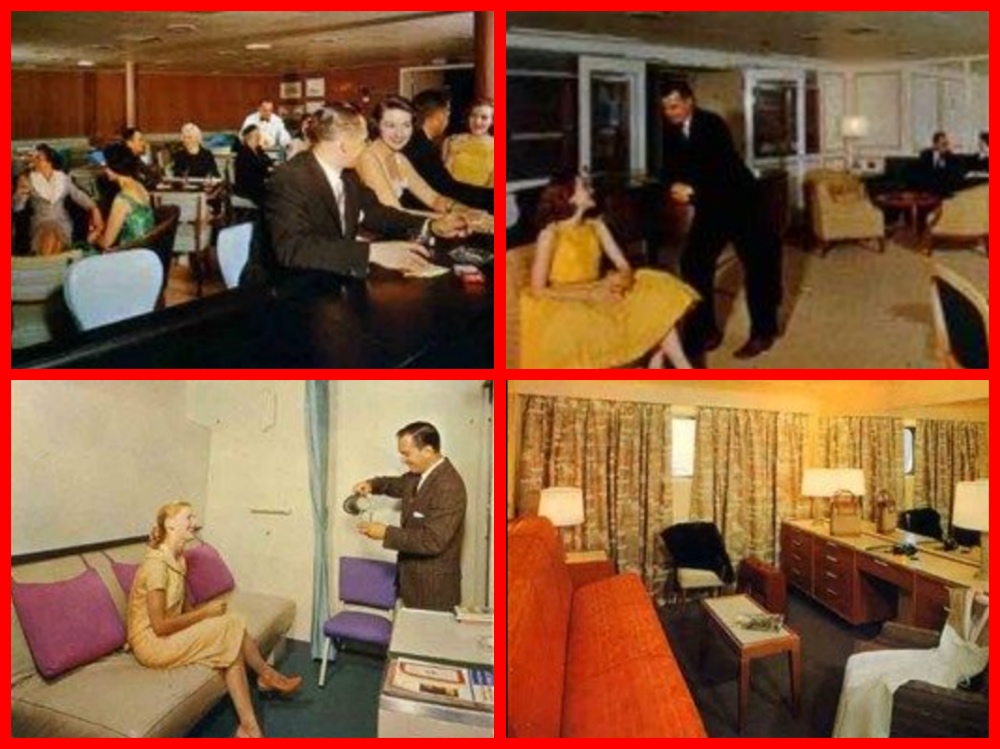 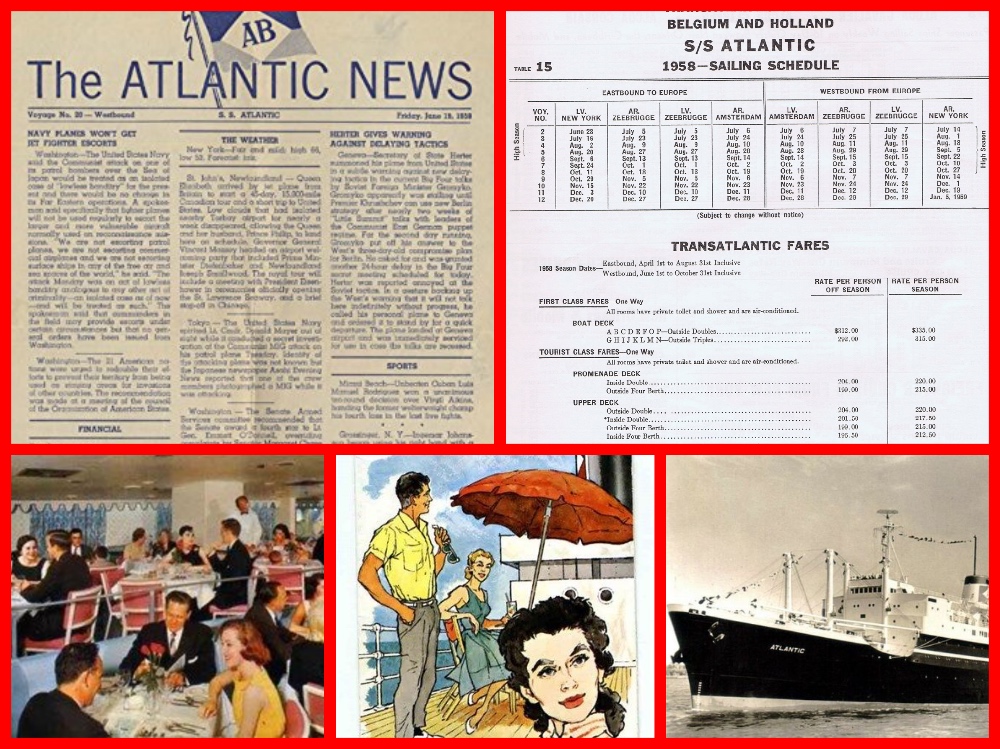 New Life for the SS Atlantic

Acquired by the American Export Lines in 1960 when the decision was made not to build their proposed CONSTELLATION. The UNIVERSE AND UNIVERSE EXPLORER – University at Sea programs…

The SS Brazil built in the late 1950s would eventually replace the “Universe” (former “Atlantic”). The “Brazil” started as one of Moore McCormick’s liners sailing from the east coast of South America to New York and back for 14 years. In August 1972, she was sold to the Holland America Lines and became the “Volendam”. Later she was sold and renamed “Monarch Sun” three years later. Then in 1978, Holland America noticed that Monarch Cruise Lines was making too much money with the “Monarch Sun”, so it purchased Monarch Cruise Lines and renamed her “Volendam”. Over the next few years, she was sold and resold, named and renamed, flying many different flags: “Island Sun”, “Liberte”, “Canada Star”, “Queen of Bermuda” and ”Enchanted Seas”.