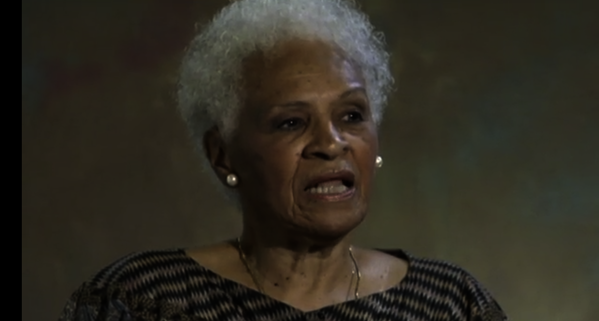 Lange was one of the first Black women in San Francisco news and talk TV. She expanded the field with a wide range of programming focused on community issues and through her writing and lecturing, as well as years of teaching at San Francisco State University among other schools. 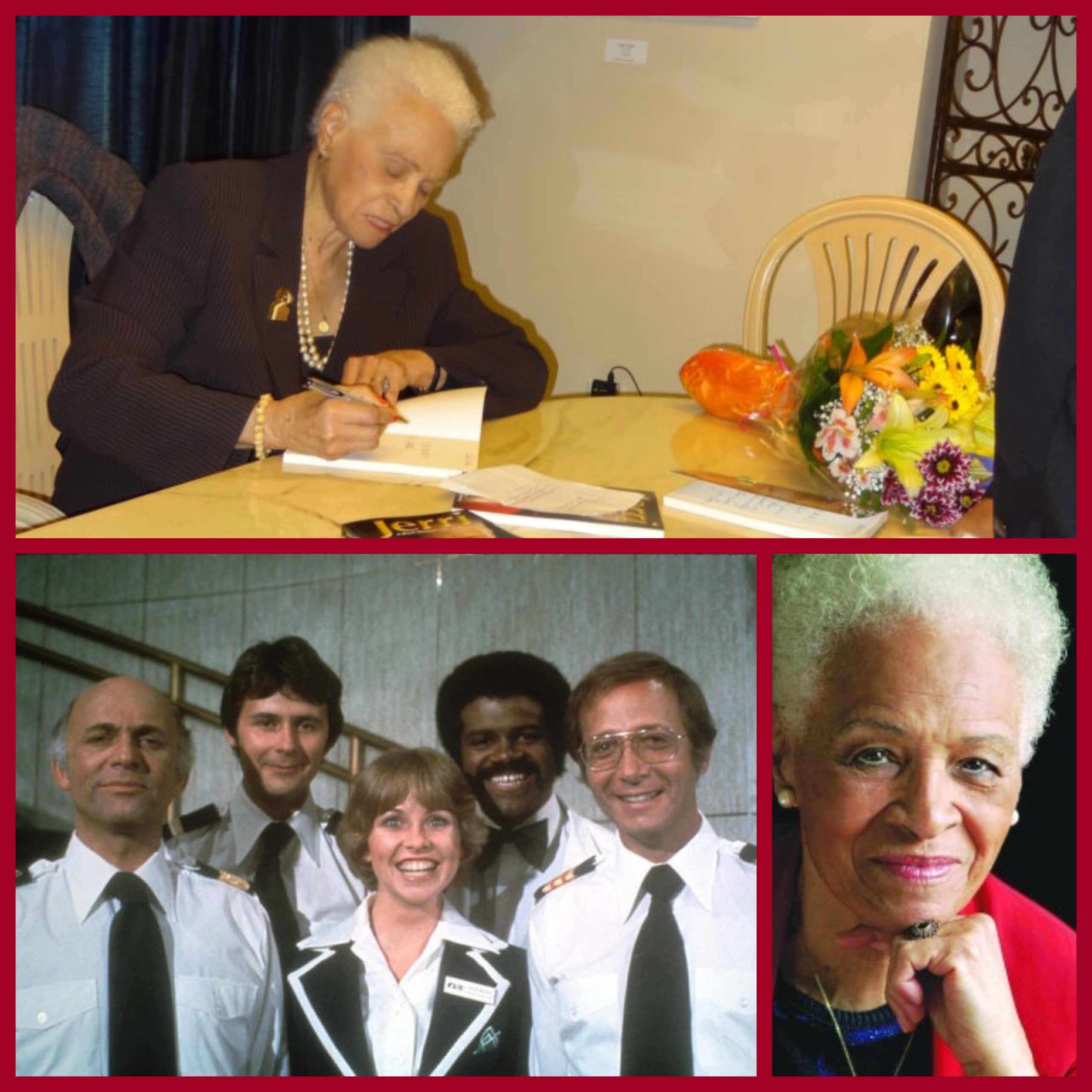 “My mother was a talker, and she could philosophize with liberal and conservative, from Martin Luther King to David Duke,” said her son, Ted Lange, who starred as Isaac the bartender on the “The Love Boat” TV series. “She was an inspiration for never giving up because she never gave up.”

Lange died April 10 in a hospice facility near her home in Antioch. The cause of death was COVID-19, her son said. She was 96.

After being in television for a decade, Lange veered into education as a professor of broadcast communications at San Francisco State University.

She was a peace activist, public speaker, memoirist, and magazine publisher. But her most important job was probably as a mentor and role model.

Geraldine Bernice Wilson was born Jan. 3, 1925, in West Oakland and grew up in Berkeley. Her father, Turner Wilson, had been the son of a runaway slave.

In “Jerri: A Black Woman’s Life in the Media,” published in 2005, Lange recounted her rise as a disciple of Berkeley pharmacist/activist Byron Rumford. When Rumford was elected to the State Assembly, Lange joined his staff. That led to the NAACP picket outside The San Francisco Chronicle, demanding that Black people be hired for the editorial department.

This resulted in Scott Newhall, Executive Editor, hiring Jerri.  She started as an assistant to Chronicle columnists Art Hoppe, Charles McCabe, and Count Marco. She was on staff for three years and left behind a lasting impression because Newhall later penned the introduction to her book.

“Jerri is a very rare person,” he wrote. “She is a genuine San Francisco landmark, a bona fide paid-up member of the exclusive club of  San Francisco regulars.”

That status was solidified when Lange jumped to the office of John Shelley, making her the first Black appointee in the Mayor’s Office, according to her book. Shelley was midway through his first term and decided not to run again, so Lange switched her focus to television.

Her first job title at KEMO was public affairs director, which “was another way of saying ‘minority’ back then,” according to her son. She jumped to the larger  KBHK where she got her first on-camera job hosting a half-hour daily show for four years. But she became frustrated by stereotyping and started speaking out about it.

In 1970, Lange gave a speech titled “Blacks in Broadcasting” to a conference of educational broadcasters at the Jack Tar Hotel on Van Ness.

She also produced ‘The Mel Belli Show” about the colorful litigator and produced a three-part series called “The White Ghetto,” which turned around the usual formula of white journalists critiquing the Black community.

“What White America ‘knows’ from the media is that all Black people rape, steal and cheat on welfare,” she said, according to her book. “When they are doing something meaningful and constructive, no one will cover the story. This is media’s most insidious kind of racism.”

After four years at KBHK, she was brought into the big time, moving to KGO, the Bay Area ABC affiliate, to produce a weekly show called “About Time.” But it never got past the first few segments. She was told the budget wasn’t approved by the corporate overseers in New York.

Her last TV stop was at PBS affiliate KQED, where she hosted “Womantime.” In 1978, that show went national and was renamed “Turnabout,” but one year later it went off the air and Lange left both the station and its board of directors.

“The television industry had closed its doors to me and I was ‘blackballed’ in my efforts to work again in the Bay Area,” she wrote in her memoir.

Lange began a short-lived multicultural magazine called Amberstar in 1985, but for the most part, her message was imparted in college courses at Stanford University, Merritt College, Laney College, and San Francisco State University. From 1979 to 1991 she was a lecturer in the broadcast communications department at S.F. State where she taught courses on affirmative action, women in the media, and writing for radio and television.

In a Facebook post, Dave Guingona, a student of Lange’s at S.F. State, recounted the time he and another student were in Honolulu when Lange was flying in. They agreed to pick her up at the airport, and on the drive back they saw a billboard for a Sammy Davis Jr. show. Lange put in a call, and that night all three of them were at a table with actor and musician Scatman Crothers and pro baseball player Ken Singleton for the show, followed by a party in Davis’ hotel suite.

“She introduced us to Sammy, and he told us how beautiful it was to see her mentoring her students and that we were learning from the best,” Guingona wrote. “We were beside ourselves sipping champagne with Sammy Davis Jr.”

That was Lange. She was never a star but she knew stars and was not starstruck by them. This included her husband, Ted Lange Jr. (pronounced with a soft g as in Lanj), whom she met when he arrived at Treasure Island when he mustered out of the Navy, in 1945. She had already been married once, to Donald Reid, when they were both teenagers, but it was brief enough to have it annulled.

Her husband was an actor in the Ebony Showcase Theatre in Los Angeles who used the stage name DeLange. Both of their sons — Ted and Michael — also became actors and playwrights. With Ted being one of the earlier black actors to star in the long-running hit series “The Love Boat.” 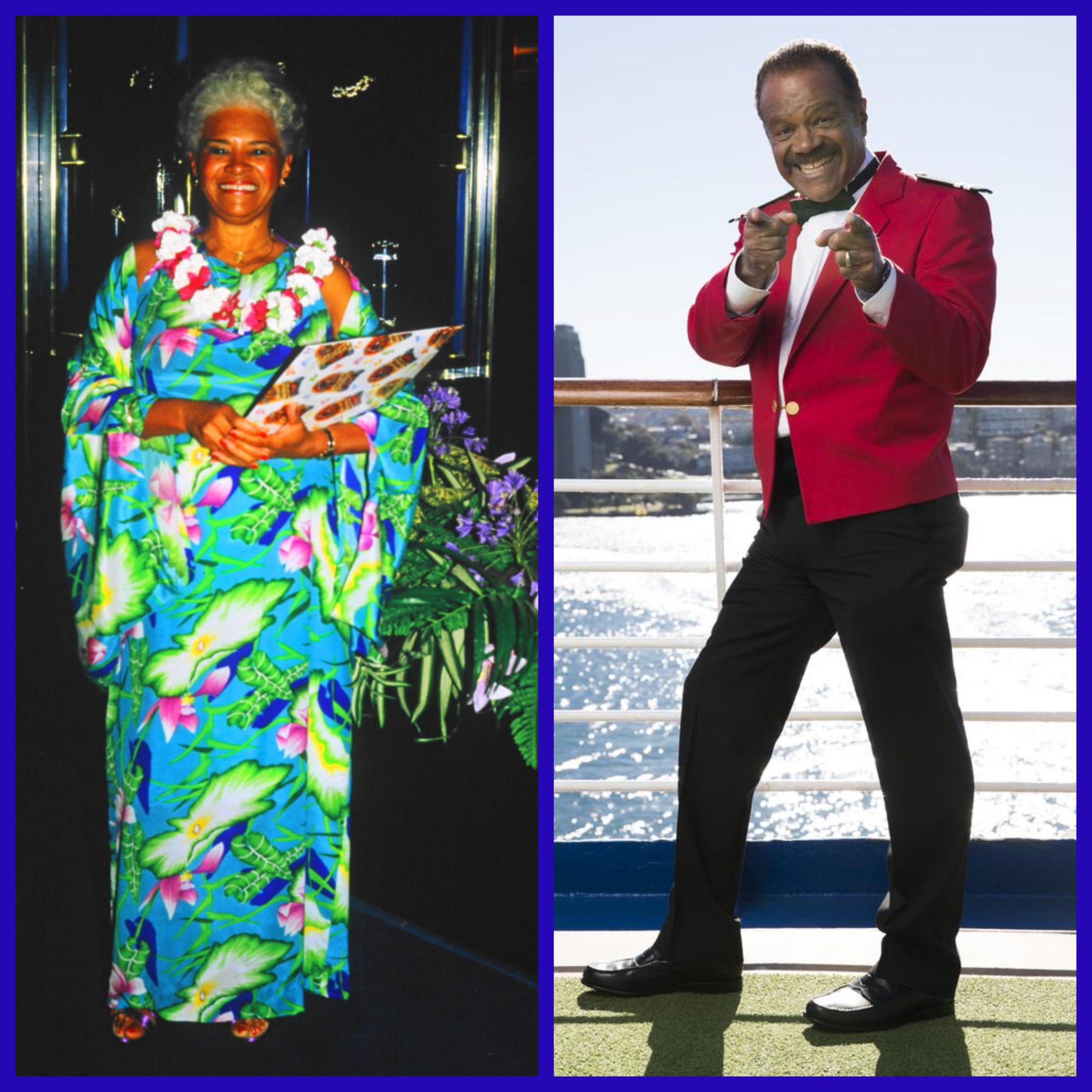 “The Love Boat” lasted 10 years, and during its course, Ted bought his mom a condo in Honolulu, where she did work for the public television station KHET.

A third and youngest son, James Cowan, is an entrepreneur in Vallejo.

In 2010, TV public affairs manager Jackie Wright attended a lecture and book signing by Lange. She reached the front of the line only to find that Lange had sold all her copies, so Lange took Wright’s address and mailed her a book, including her telephone number. That’s how Wright became another of Lange’s mentees.

“It was not favoritism that she gave,” Wright said. “She was passionate about helping anybody that she could to advance their lives.”

Five years later, Wright was working on the San Francisco Black Film Festival, when the Lange family was honored for its contribution to the California entertainment industry.

Another recipient that night was Barry Shabaka Henley, who’d taken courses from Lange at S.F. State on his way to becoming a Hollywood actor, now seen in the CBS sitcom “Bob Hearts Abishola.” In accepting his 2015 award, he spoke profusely about the impact of Lange on his career.

Even after she moved into an Antioch retirement community, Lange advanced the lives of people who came out to visit her. “She was like a sage,” Ted Lange said, “active right up until COVID, which hit her in the winter.”

A memorial service in May is pending.