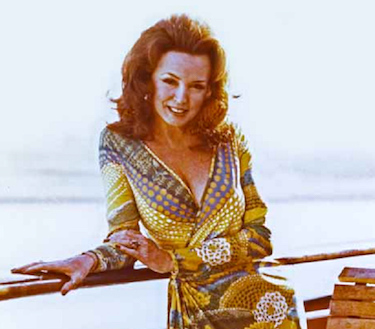 Jeraldine Saunders Dies: Author & Creator Of ‘The Love Boat’ Was 96

Jeraldine Saunders, the creator of hit ABC series The Love Boat, died Feb. 26 at her home in Glendale from complications of kidney stone surgery she underwent in December. She was 96.

She was best known for writing the 1974 book The Love Boats, which the ABC comedy-drama was based on. The book documented her experience on the high seas as the first female cruise director for a major cruise line, Princess Cruises. 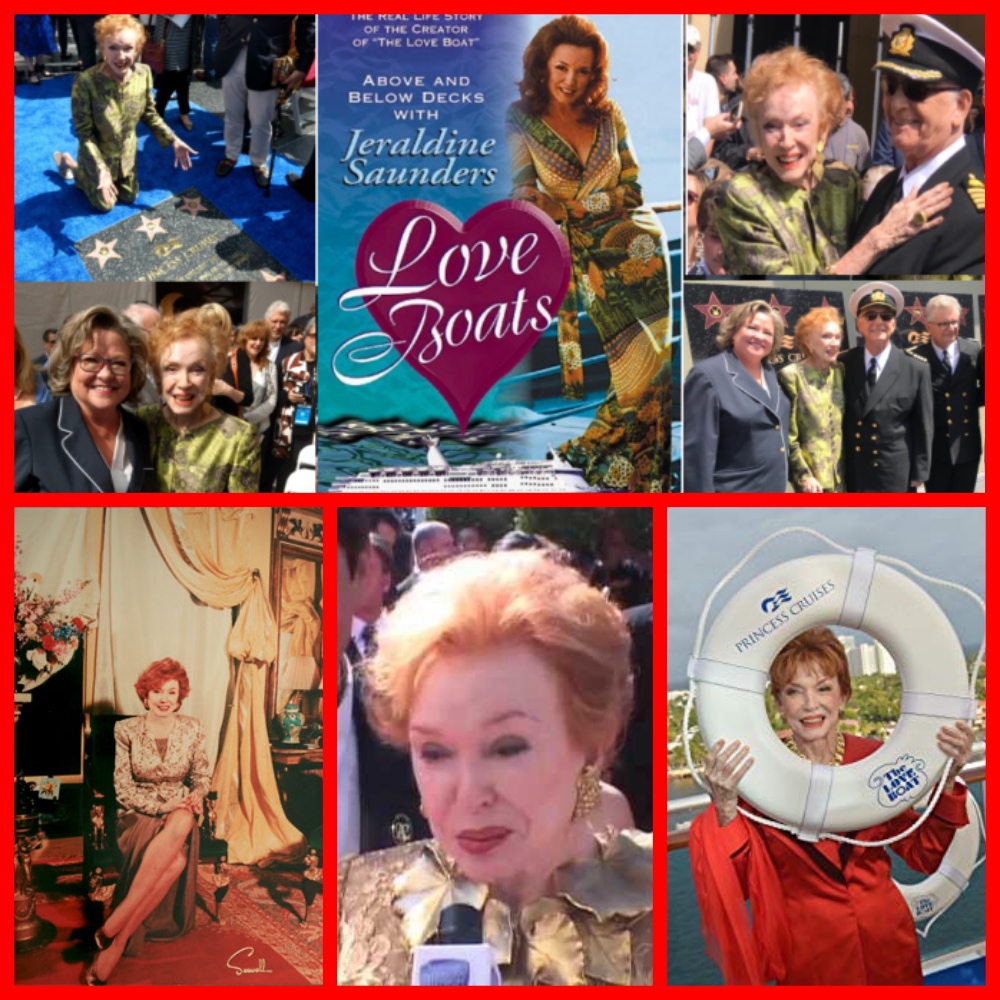 Love Boat is one of the most popular TV shows of all times. Thanks to Miss Saunders.

The series, which was produced by Aaron Spelling, ran for nearly 250 episodes between 1977 and 1986.

Saunders recently received the Southern California Motion Picture Council’s Lifetime Achievement Award presented to her by The Love Boat star Bernie Kopell and Oscar-winning actress Margaret O’Brien. She was celebrated with a Hollywood Walk of Fame ceremony with the Love Boat cast in May. 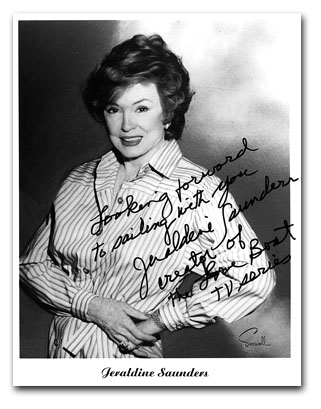 At the time of her death, Saunders was in the process of negotiating and writing an outline for a Broadway musical based on The Love Boat. She was also writing the second edition of her book Hypoglycemia, The Disease Your Doctor Won’t Treat as well as another high sea cruise line adventure book.

Anniversary of her TV deal and the first episodes of Love Boat,” said her spokesman Edward Lozzi. “Jeraldine was an active woman who never lost her interest in dancing, younger men, and the written word. She was a terrific, grateful, class act who refused to grow old. She was indomitable. She broke the gender barrier in a major industry, the cruise lines”

She leaves no immediate family and memorial services are pending. 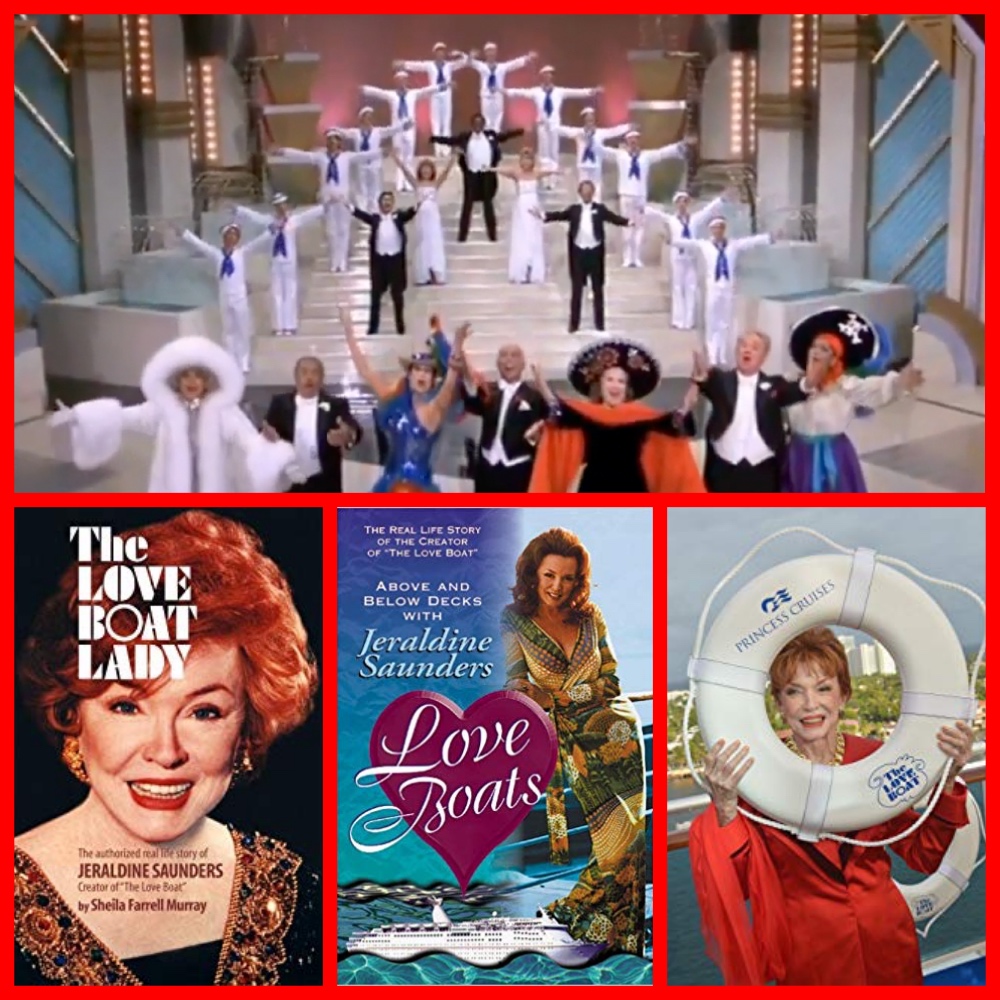 THE LOVE BOAT – The hit TV series was a major cultural phenomenon from the 1970s into the 1980s.  The TV show altered the style of cruising by ship. Jeraldine Saunders, a former cruise director, was the woman who revived the cruise industry with her book — The Love Boats. 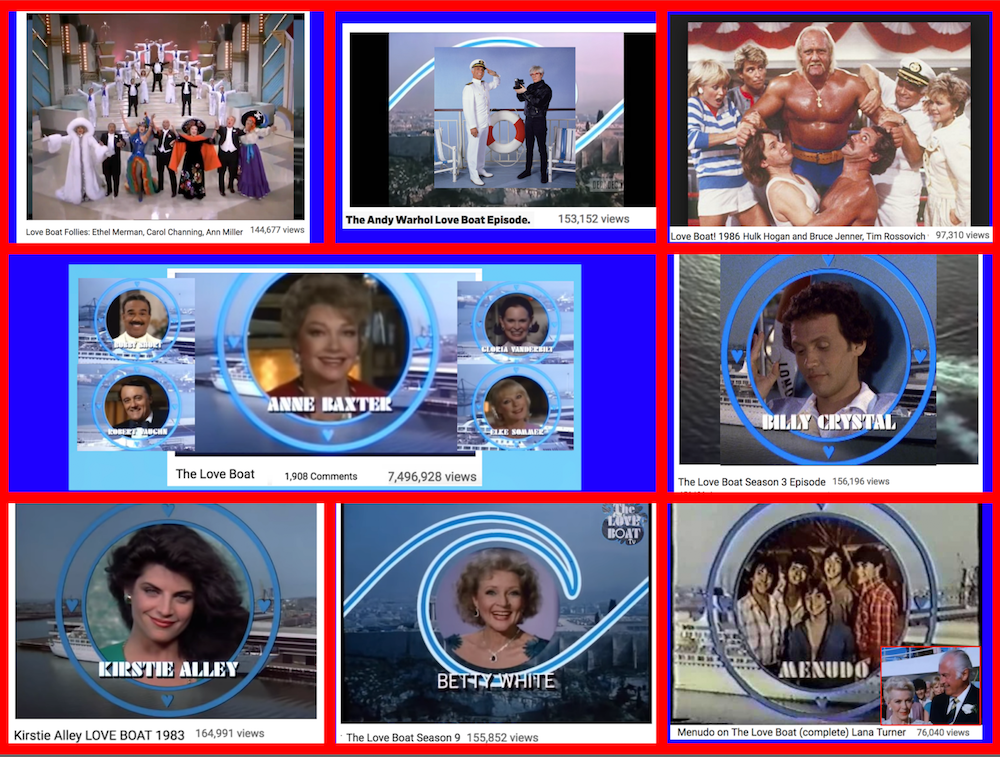 Millions of views and thousands of comments on the 100s of LOVE BOAT videos on YouTube.

Ms. Saunders tell-all book created a fantasy background for the show. “Something beautiful happens on a ship that doesn’t occur at a resort, on an airplane, or at a hotel.

She certainly should be credited with turning a sagging 1970s industry into what we know today.   Saunders and the TV show changed how cruise ships were perceived and run.

Princess Cruises was famously portrayed in the 1970’s and 1980’s hit TV show “The Love Boat“. The show ran for 10 seasons and featured many famous guest stars falling in love on the high seas. The Cruise line was originally founded in 1965 by Stanley McDonald.

The next charter ship to be leased from Costa was the Carla C. This ship was then dubbed Princess Carla by the cruise line, and it was on this ship that Jeraldine Saunders would begin writing the first chapters of her famous book The Love Boats.

The rest is history!