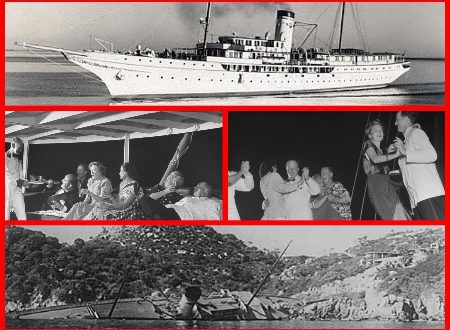 J. P. Morgan’s former yacht CORSAIR sailed as a deluxe cruise ship from California to Mexico until disaster struck in 1948.

J. Pierpont Morgan Jr. could never imagine his yacht Corsair IV would be turned into a deluxe cruise ship just after World War 2  whose short career with voyages from California would end in tragedy, but it happened. 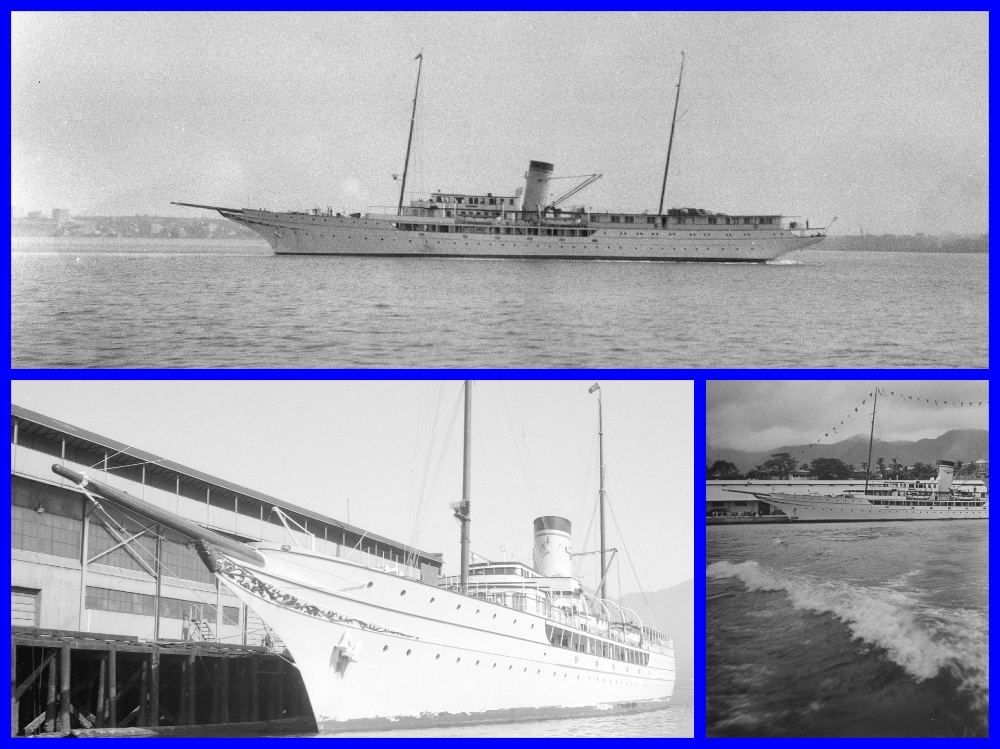 CW The NEW Cruise Yacht CORSAIR – Sailing up the coast of California; In Acapulco; in Vancouver. 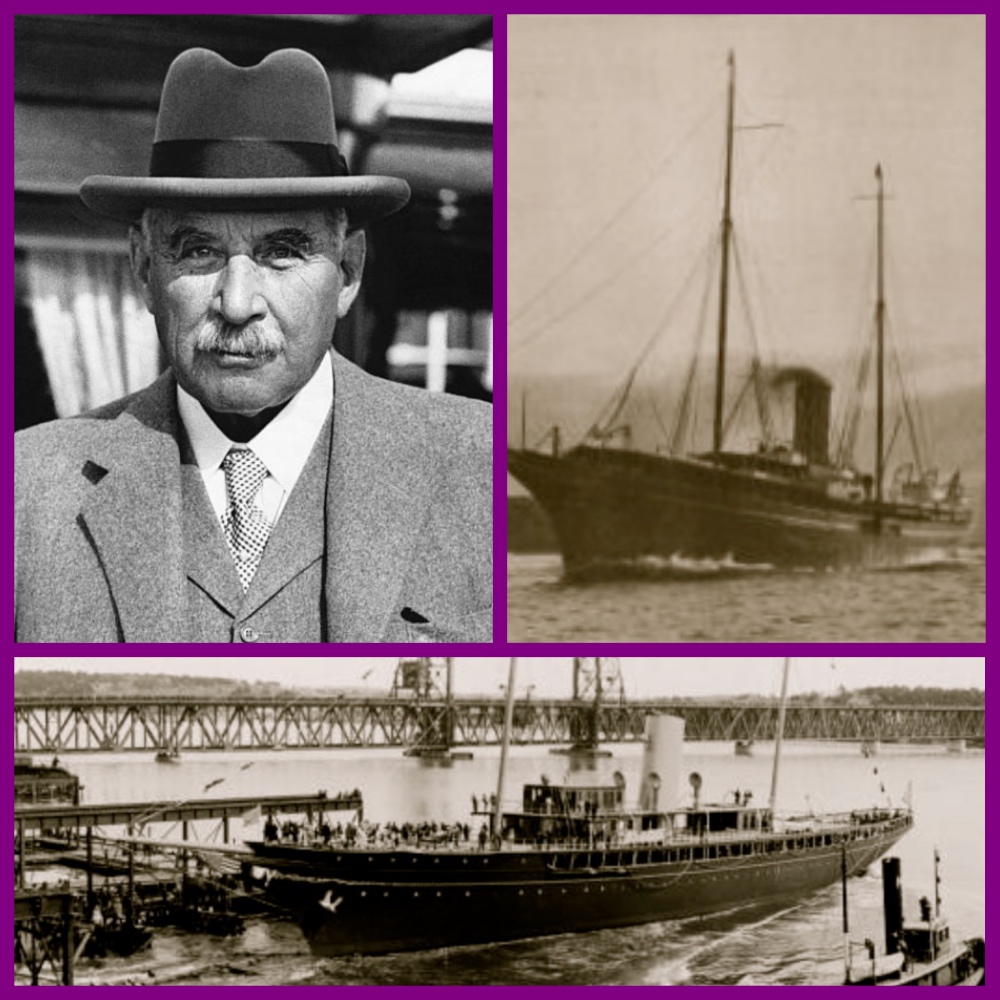 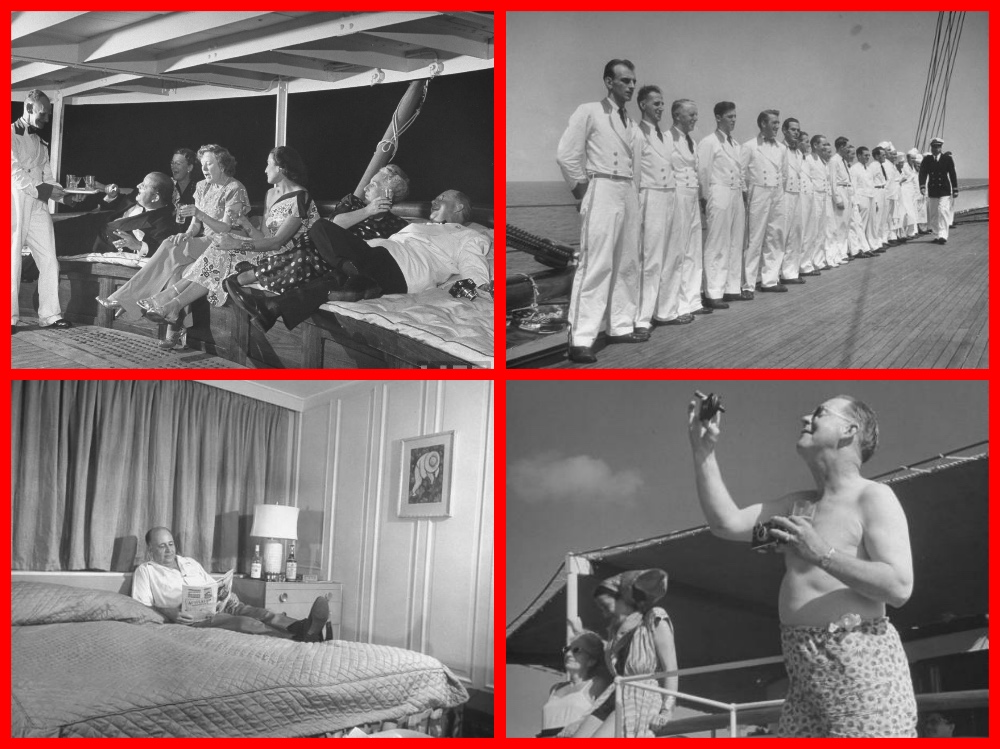 Following World War II, rich Americans had money to spend on cruises, but choices were limited. 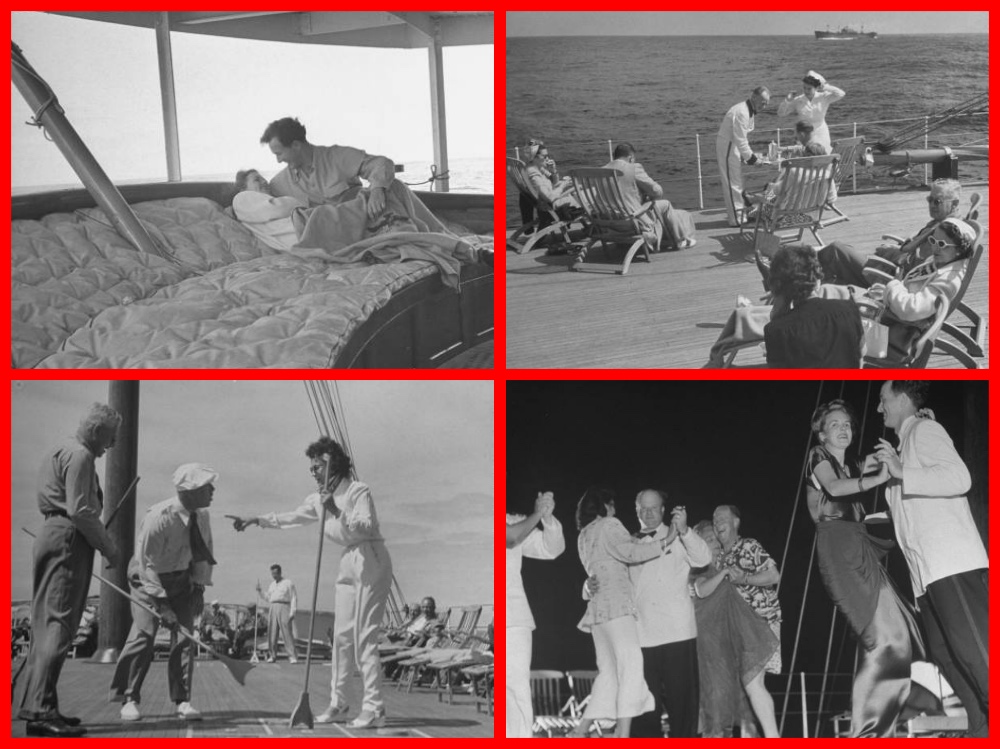 CW: Couple on after deck; Passengers taking the sun; Dancing under the stars; Shuffleboard on deck. 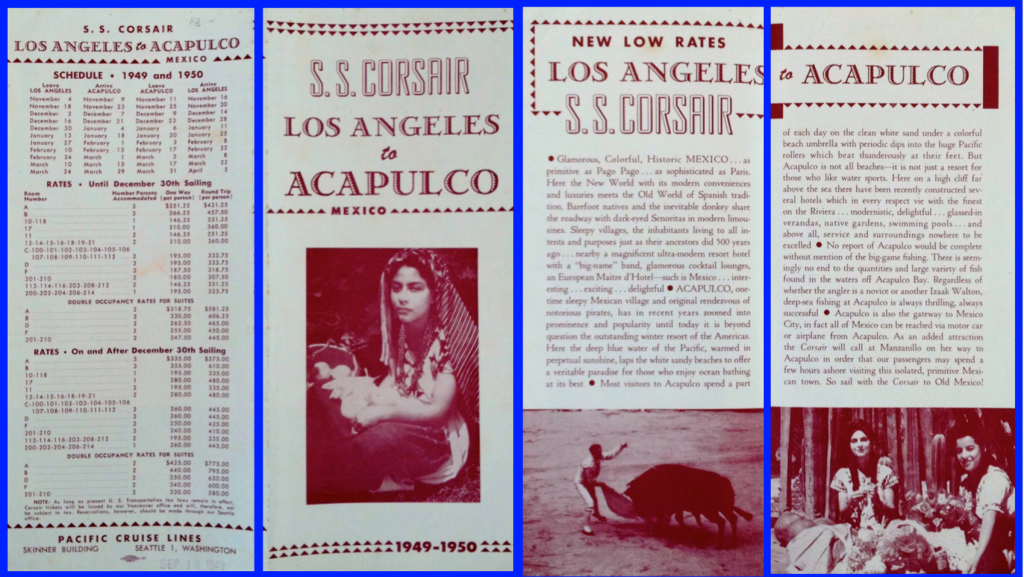 Folder with cruising fares and schedule to Acapulco for 1949.

The Corsair (the IV was dropped) was taken to Todd Shipyards in New York for repair and overhaul and then sailed to the Victoria Machinery Depot in Victoria, Canada, for conversion to a luxury cruise vessel. 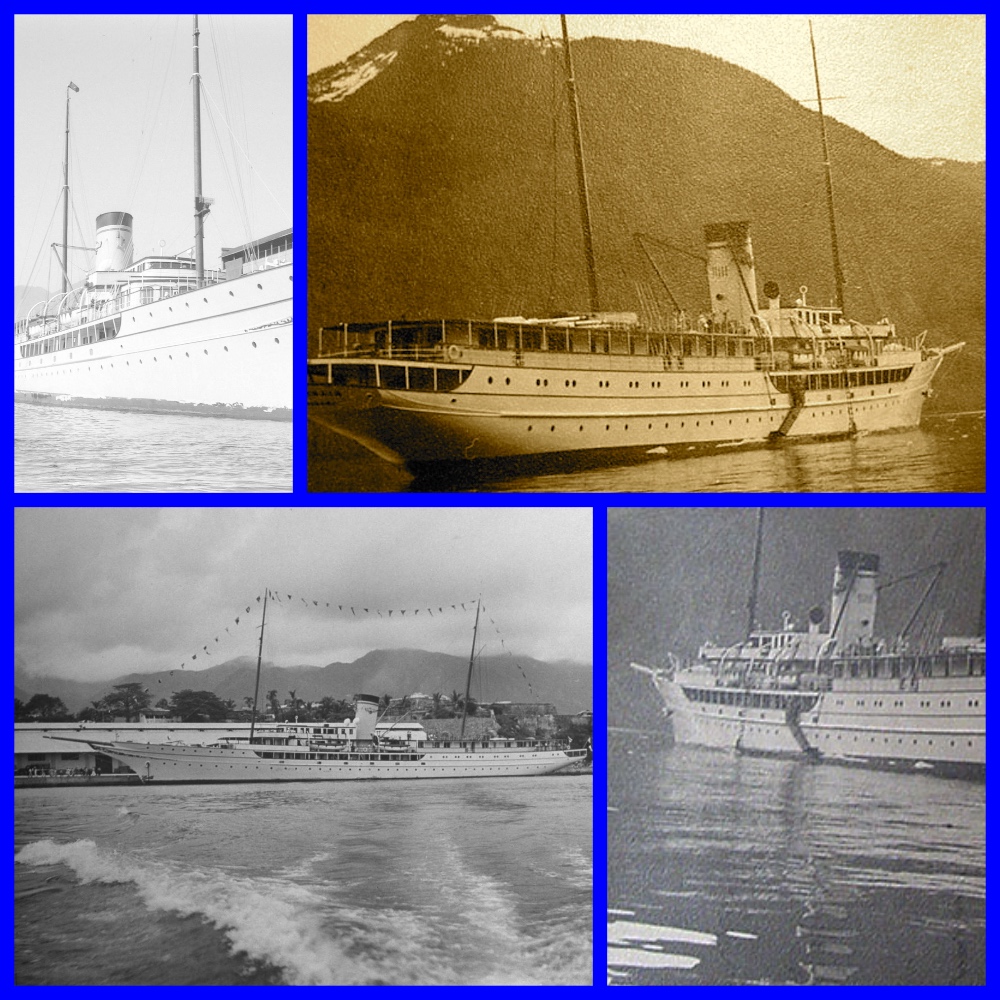 CW: The Corsair – Docked; Sailing in Alaska; In Alaska; Acapulco.

THE CORSAIR WAS PURE LUXURY 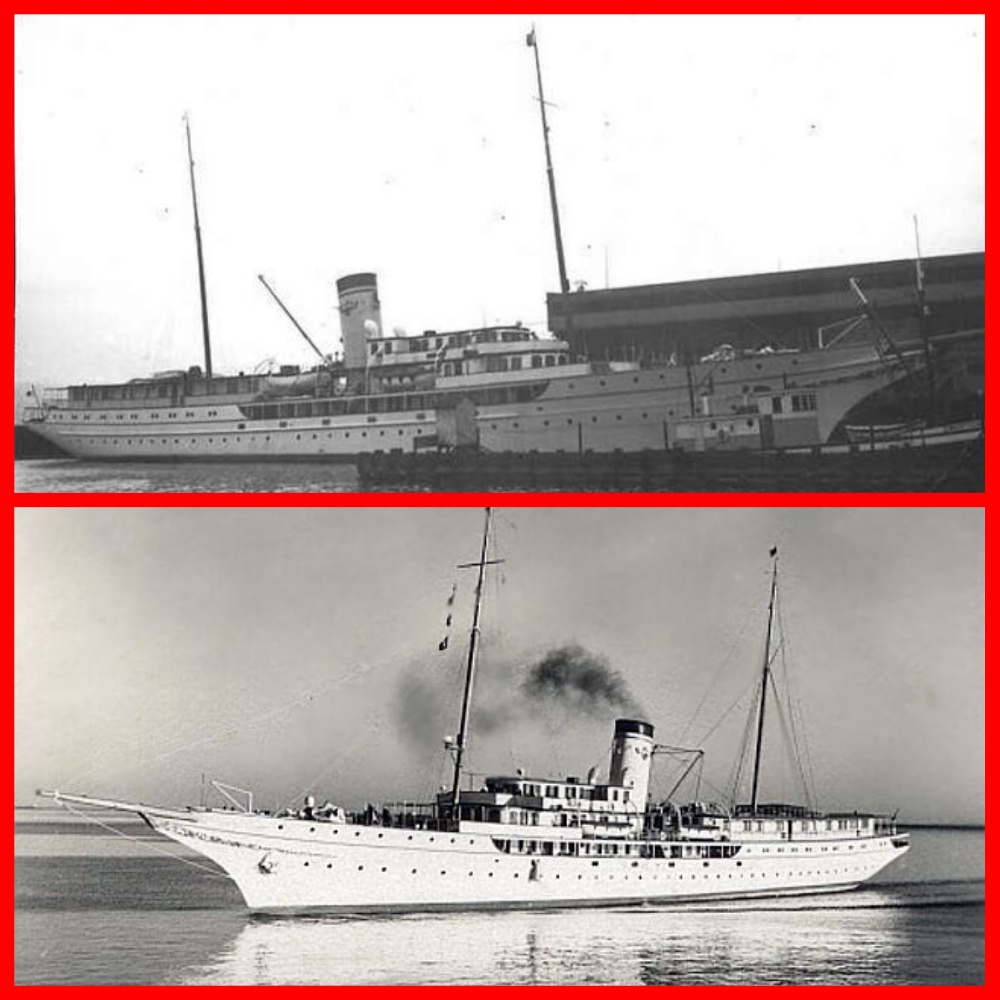 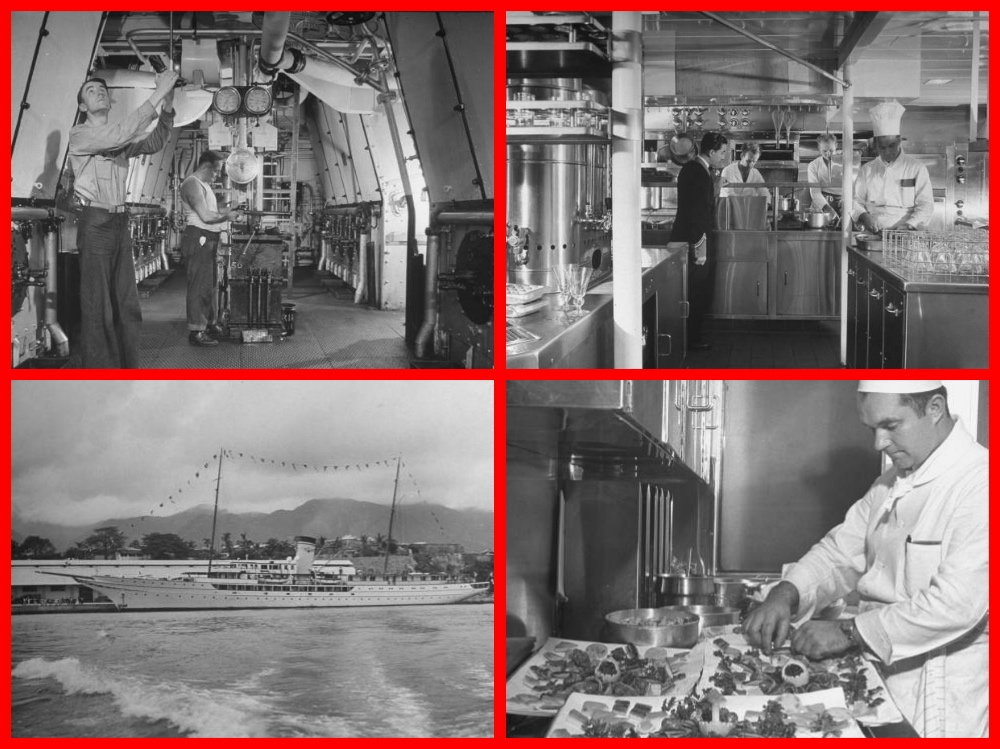 Accommodating only 82 First Class passengers, all rooms were much larger and more commodious than as expected on shipboard at that time. 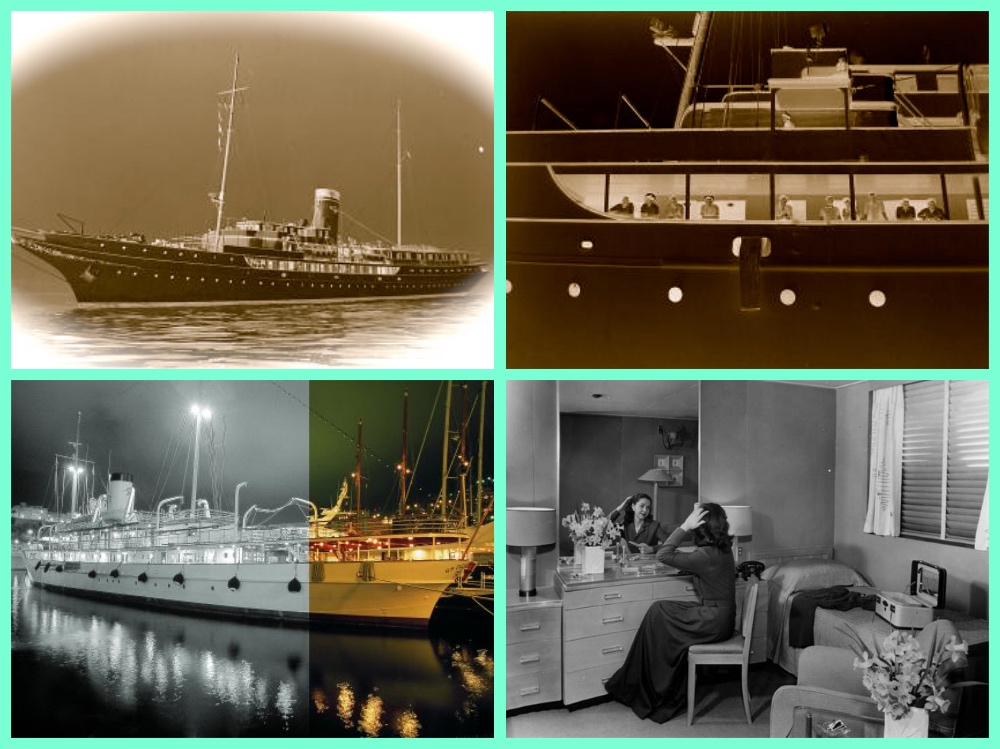 CW: The Corsair; the Corsair passengers on the promenade; Passenger in her suite; the Corsair ready to sail from Los Angeles.

NEARLY ONE CREW MEMBER FOR EVERY PASSENGER 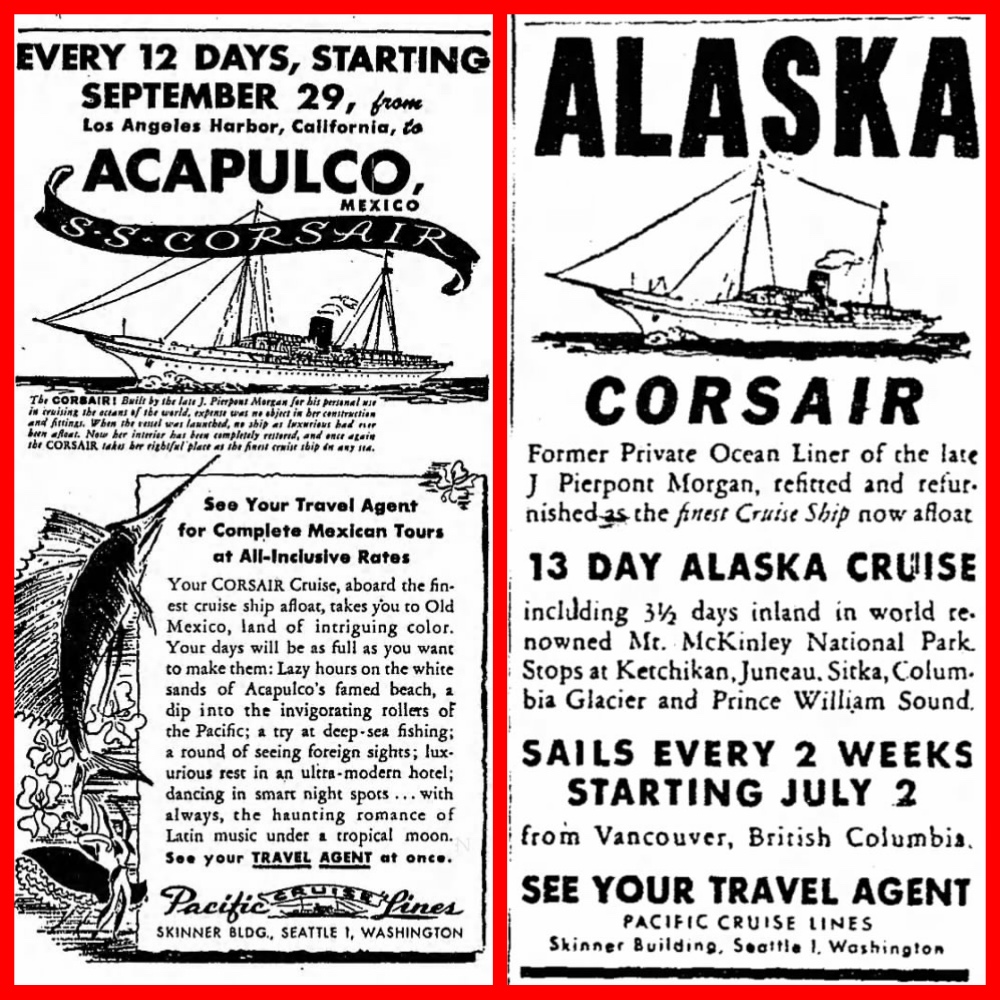 A series of cruises to Mexico, Havana via the Panama Canal and the Gulf of California were scheduled and completed in the spring of 1949. 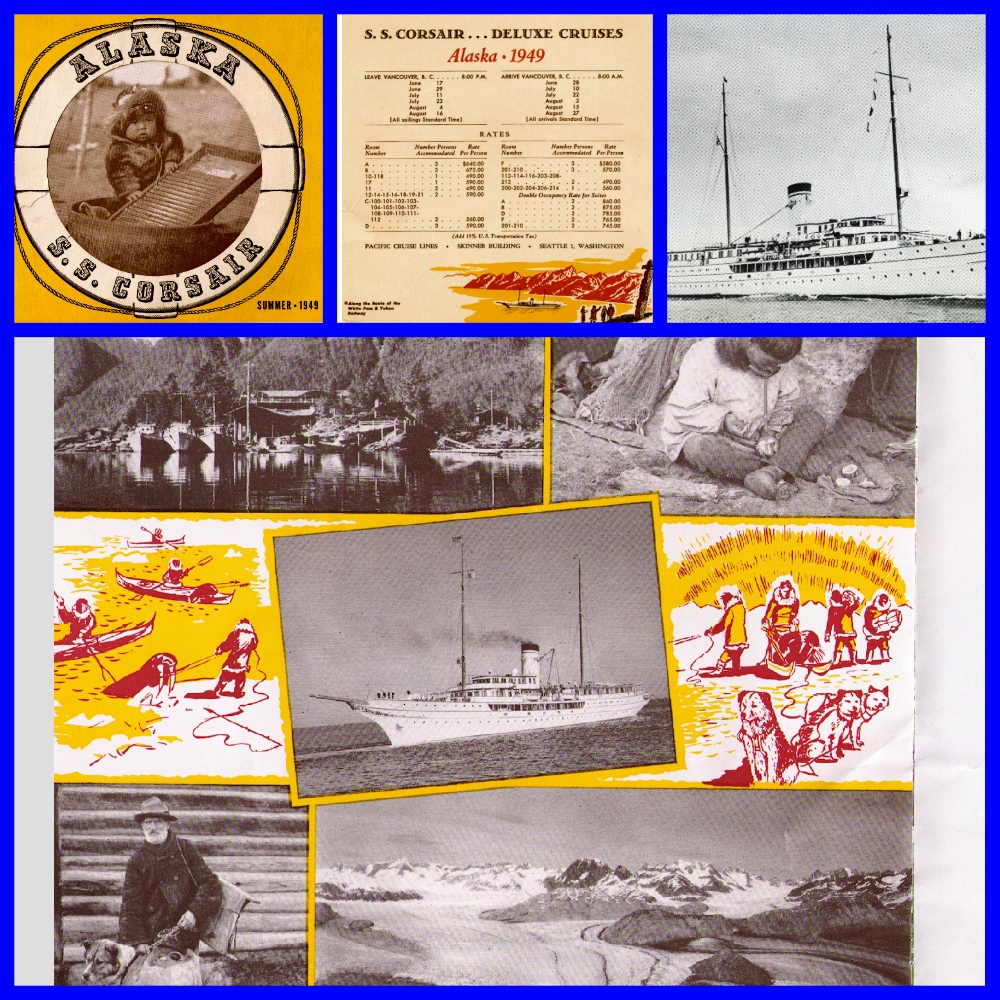 The cruise ship returned to Alaska for summer sailings and was to be followed by a season of cruises to Mexico from Long Beach beginning in October. Then tragedy struck on November 12, 1949. 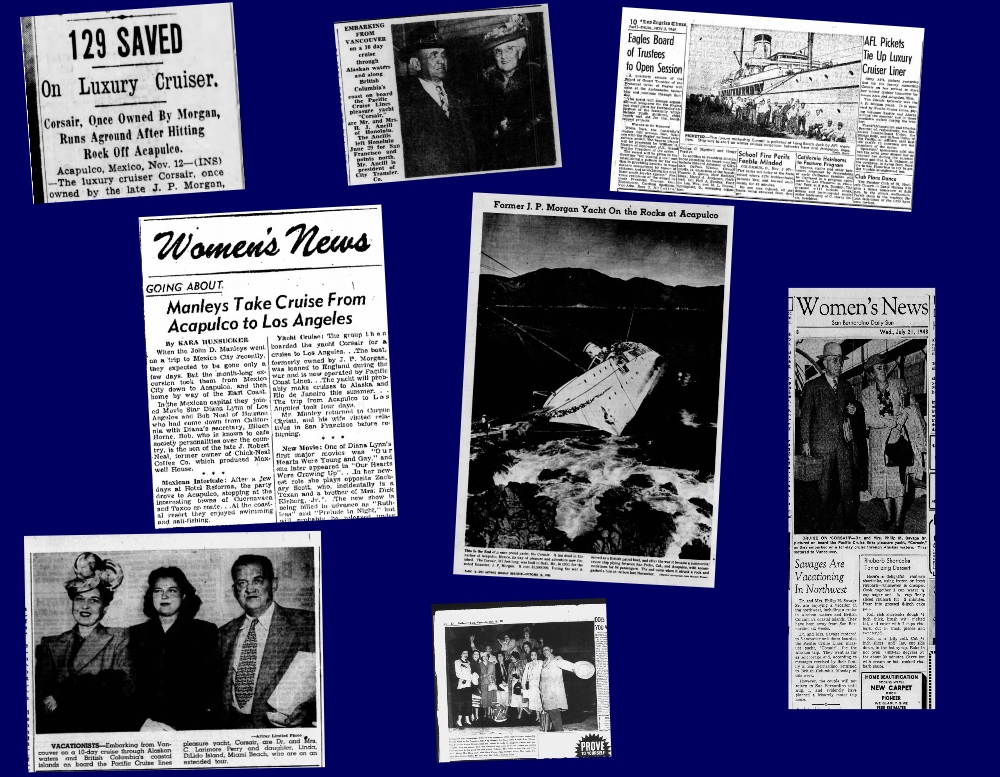 News clippings from the new cruise ship Corsair to the tragic end. 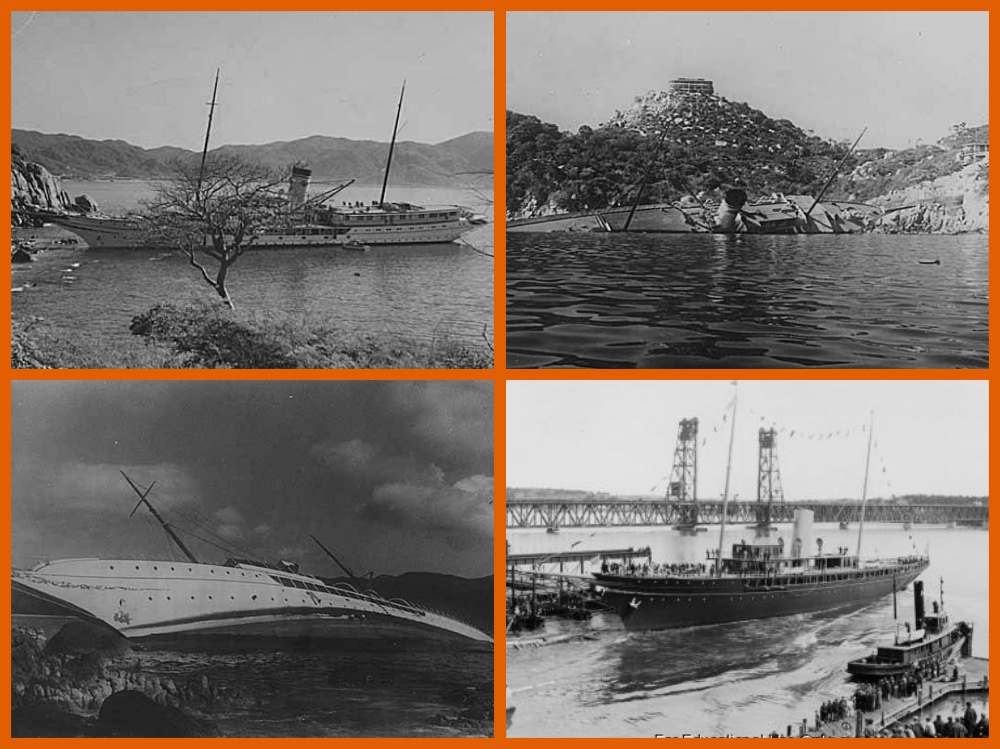 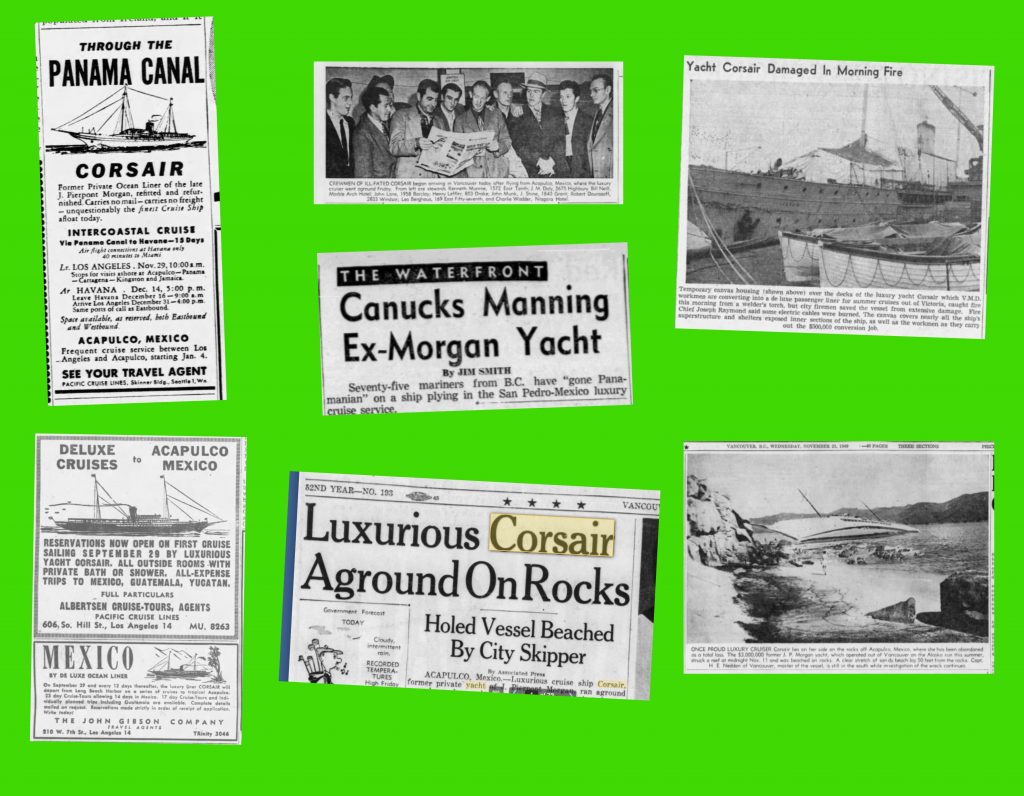 It would be more than 15 years until Princess Cruises began offering sailings to Mexico with a regular year ’round service would be offered. There would be numerous attempts to offer Mexico cruises in the meantime. At least five different cruise lines didn’t make it.

Even during this age of mega-liners, no other ships will ever equal the elegance, exclusivity, and style of the former Morgan yacht. The Corsair’s legacy lives on only for divers willing to explore the remains of the vessel deep in the warm seas off Acapulco.