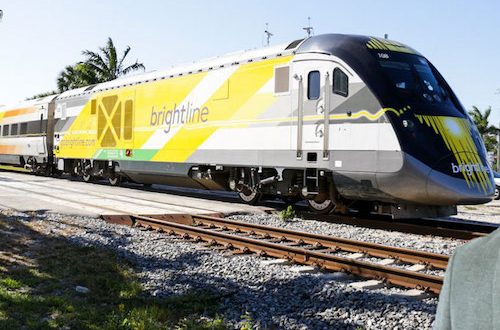 When President Biden unveiled his major new infrastructure plan last week, the proposal included much more than fixing crumbling bridges. And for those who wish America had a more robust passenger train network, it gave them something new: hope.

“You and your family could travel coast to coast without a single tank of gas on board a high-speed train,” Biden said at the plan’s unveiling. 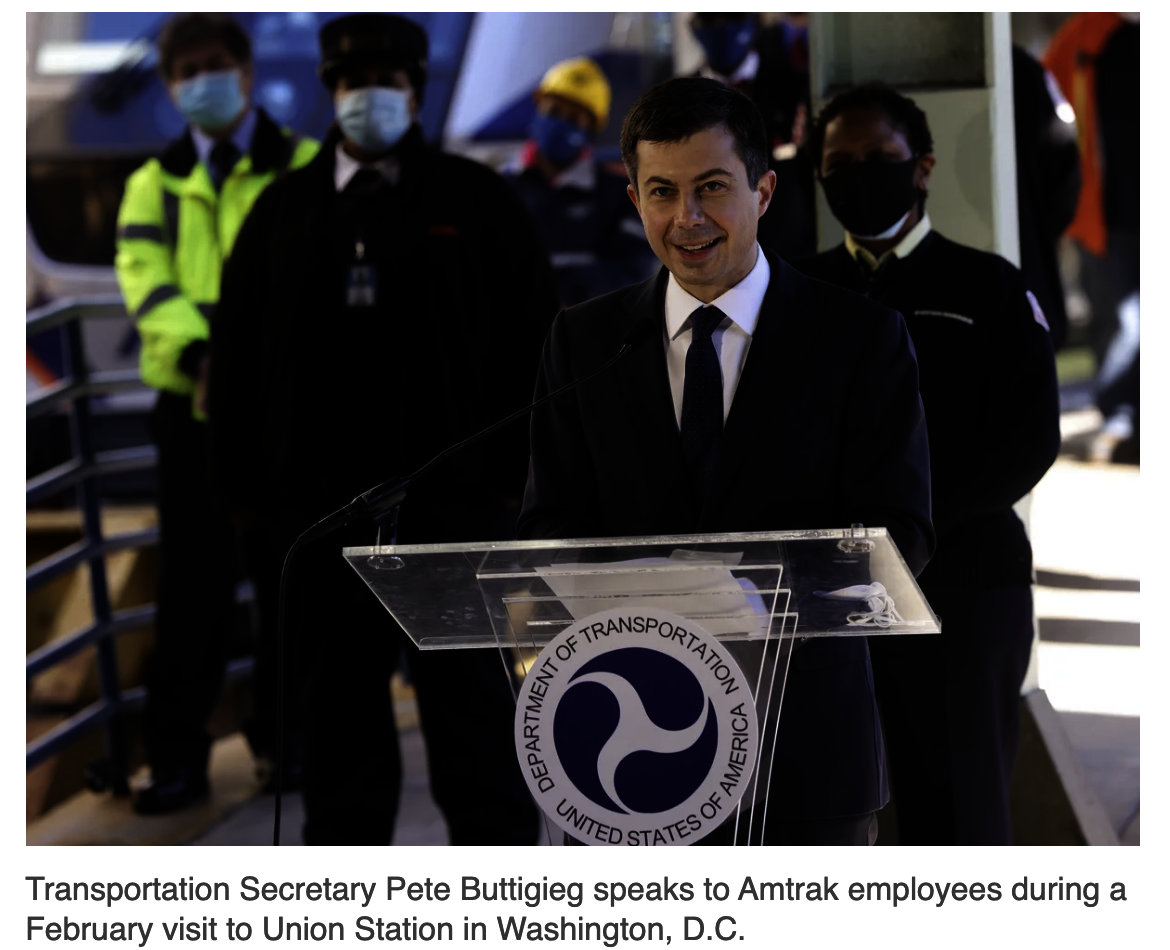 But the idea isn’t just nice family trips — it’s to use improved rail infrastructure and service to alleviate problems such as traffic and air pollution as well as improve access to jobs. Transportation is the largest source of U.S. greenhouse gas emissions.

“The American Jobs Plan will build new rail corridors and transit lines, easing congestion, cutting pollution, slashing commute times, and opening up investment in communities that can be connected to the cities, and cities to the outskirts, where a lot of jobs are these days. It’ll reduce the bottlenecks of commerce at our ports and our airports,” Biden said. 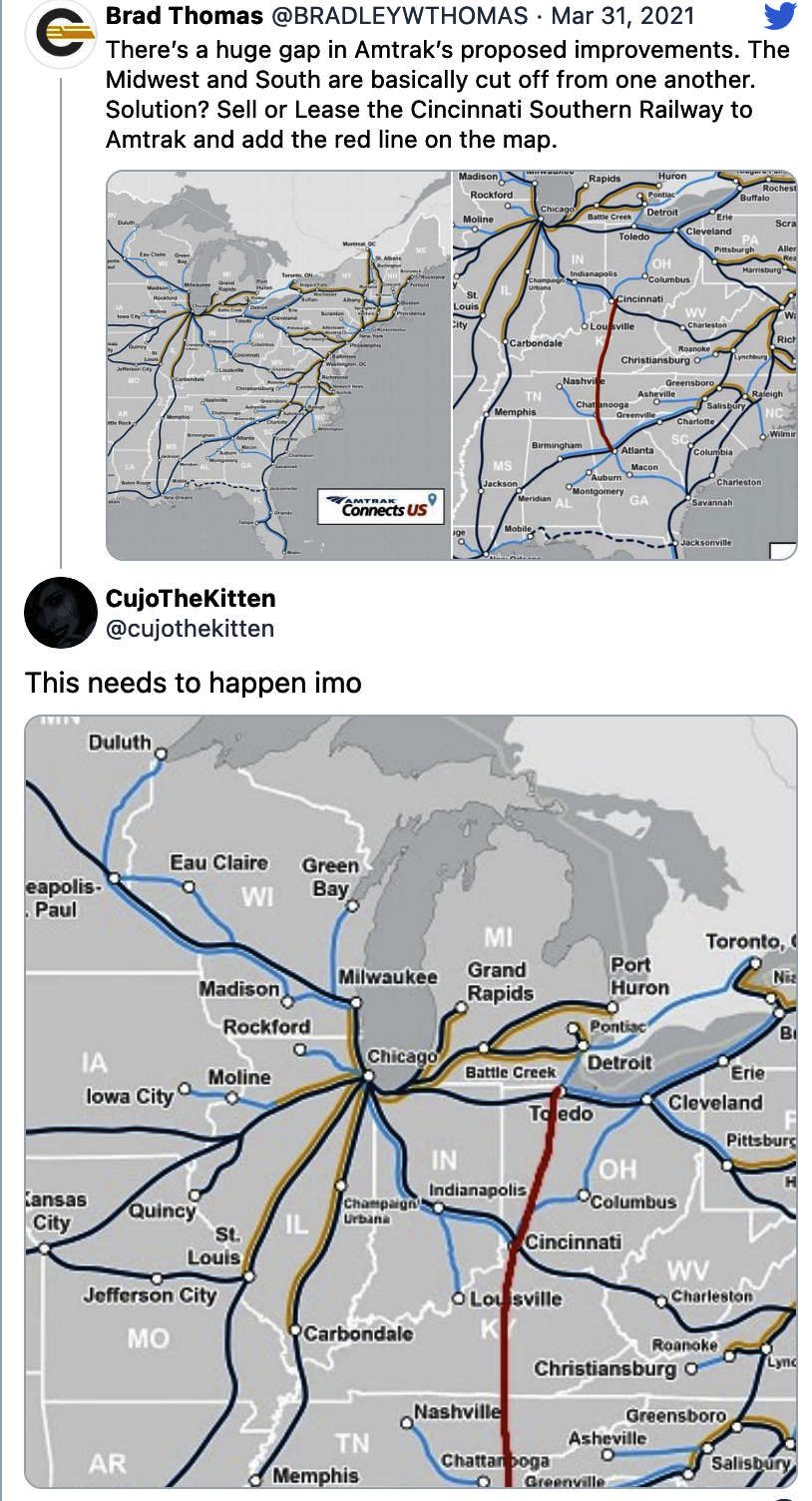 Amtrak quickly responded with enthusiasm to Biden’s plan, with a map and a vision for what an expanded U.S. rail network would look like by 2035.

The proposed transformation would mean some 30 new routes and more trips on 20 existing ones. It projects 20 million more people served than the 32 million that rode Amtrak in the 2019 fiscal year. 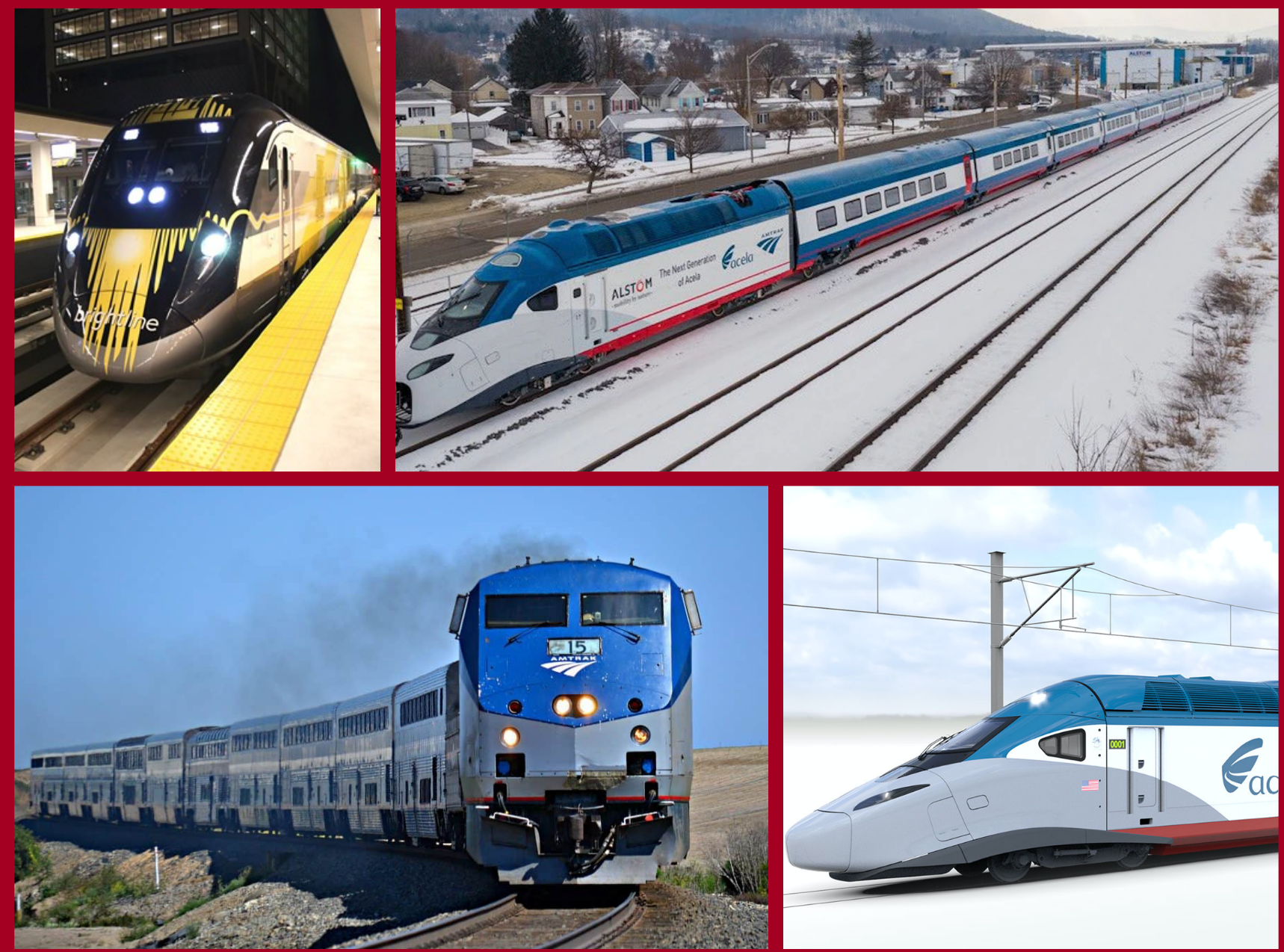 It shows an array of potential new service lines: new rail connecting all of Texas’s biggest cities and new connections across the Midwest, including between Cincinnati, Columbus, Ohio, and Cleveland. In the Southeast, new routes would stretch from Atlanta to Chattanooga and Nashville, Tenn., Savannah, Ga., and Montgomery, Ala.

There would be service to every state in the contiguous U.S. but South Dakota — a fact that drew the ire of Gov. Kristi Noem, who criticized the infrastructure package.

Amtrak says better rail service means “cleaner air, less traffic, and happier people,” and it points to inequality that has resulted from the country’s current patchy train service: “Many of the country’s biggest and fastest growing metropolitan areas, with diverse populations, don’t have the rail service they deserve.”

Cities such as Houston, Atlanta and Cincinnati currently have bare-bones Amtrak service, with trains that only stop once a day and often in the middle of the night. Major cities including Las Vegas, Nashville, Columbus and Phoenix don’t have any Amtrak service at all.

And that happiness bit? Amtrak notes that in some cities, people spend more than 80 hours a year in traffic. “Population growth will make this much worse without better alternatives like rail,” it warns.

Around the country, local news dug into what expanded rail could mean for their communities.

“More direct train service between Raleigh and Richmond — and cities beyond. New passenger lines running to the North Carolina coast and to the state’s mountains,” Raleigh, N.C.’s The News & Observer wrote.

“Prospects for a passenger rail line connecting Baton Rouge and New Orleans got a boost this week,” wrote the New Orleans Advocate, noting that the last passenger train to serve Baton Rouge, La., ended service in 1969.

“Amtrak may soon have the cash to install a new rail line between Las Vegas and Los Angeles,” the Reno Gazette-Journal said.

Before all that can happen, and infrastructure bill will need to get through Congress. The House and Senate are both working on infrastructure bills, which are expected to include what the administration has proposed, but the process is still unclear.

For those eager for alternatives to the car, the historic proposal by a president known for his former daily commute by Amtrak from home in Wilmington, Del., to D.C. is what they’ve been waiting for.