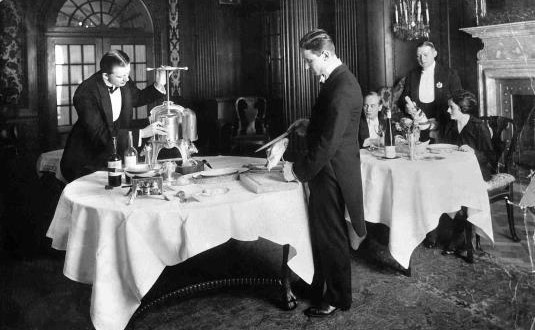 Located in the very heart of Berlin, right by the Brandenburg Gate and in the immediate vicinity of the Reichstag, which houses the German Parliament, one of the world’s most illustrious luxury hotels in all its majestic splendor cordially welcomes its guests: not only is the Hotel Adlon a legend in its own time, it was – just like the famous Pariser Platz on which it is built – a witness of Germany’s eventful and turbulent history of the 20th century. The Adlon was one of the most famous hotels in Europe between the two World Wars and hosted celebrities including Louise Brooks, Charlie Chaplin, Herbert Hoover, Josephine Baker and Marlene Dietrich.

It was also a favourite hangout of journalists, being located in the heart of the government quarter next to the British Embassy, on the same square as the French and American Embassies and only blocks from the Chancellery and other government ministries.

Luckily, the Hotel survived the Second World War without any major damage.

In 1945, however, a devastating fire raged and almost entirely destroyed the magnificent building. In accordance with a resolution made by the GDR’s National Council of Defense, the surviving wing of the building was demolished in 1984.