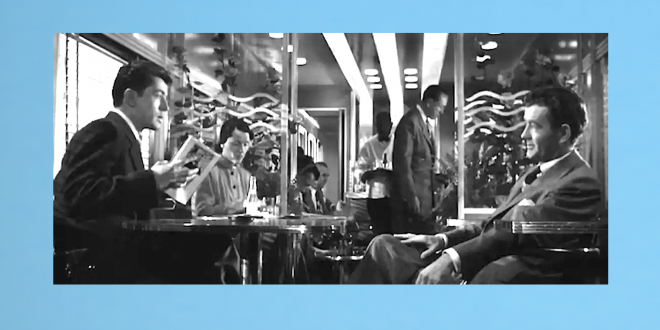 Hitchcock’s Strangers On A Train – The Congressional Limited – Trains in the Movies!

Pennsylvania’s express train between New York and Washington D.C. was featured in Alfred  Hitchcock’s Strangers on a Train. 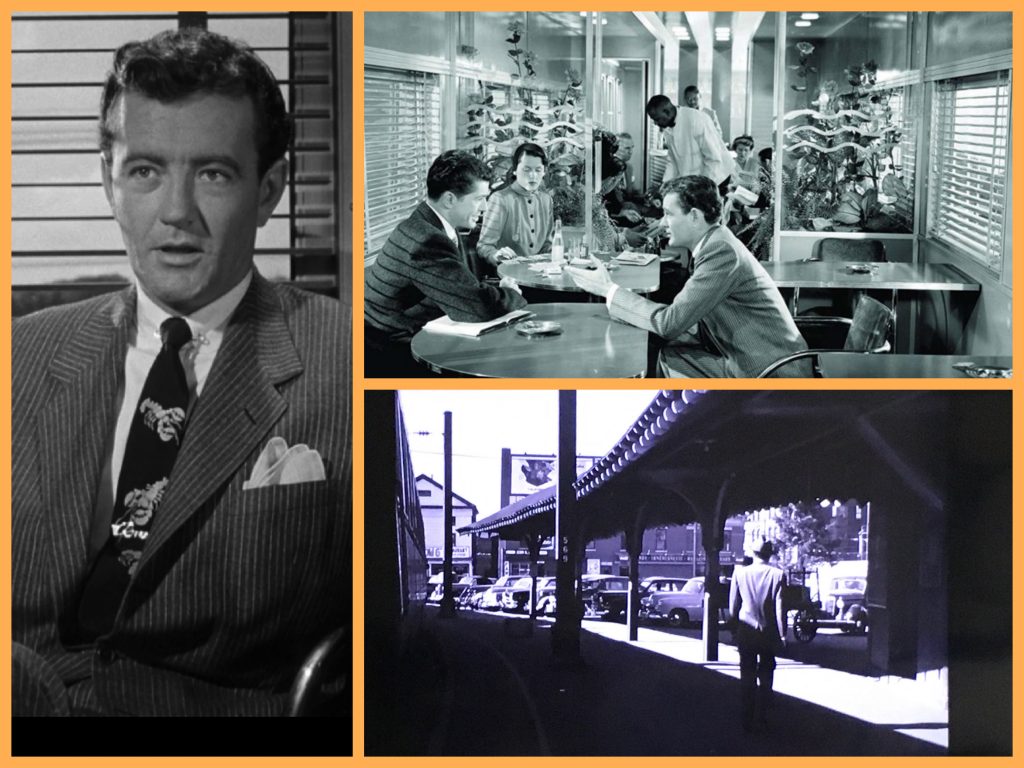 The 1951 American psychological thriller film noir was based on the 1950 novel Strangers on a Train by Patricia Highsmith.

LtoR: A preview of my new book Trains Boats Planes in the Movies; Display for Strangers playing at the Florida Theatre in Tamps – Air Cooled. 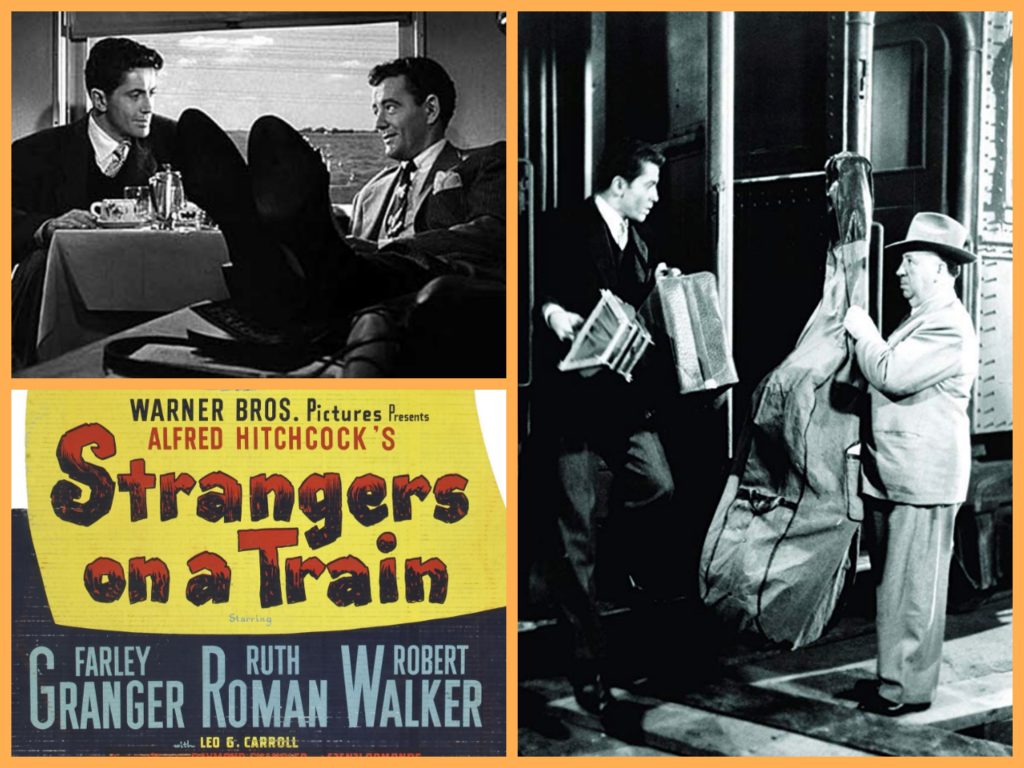 CW: Granger and Walker in Pullman Drawing Room having lunch; Granger getting off train while Hitchcock is boarding with a cello; Poster.

Director Producer Alfred Hitchcock shot the hit movie in the autumn of 1950 and ti was released by Warner Bros. on June 30, 1951. 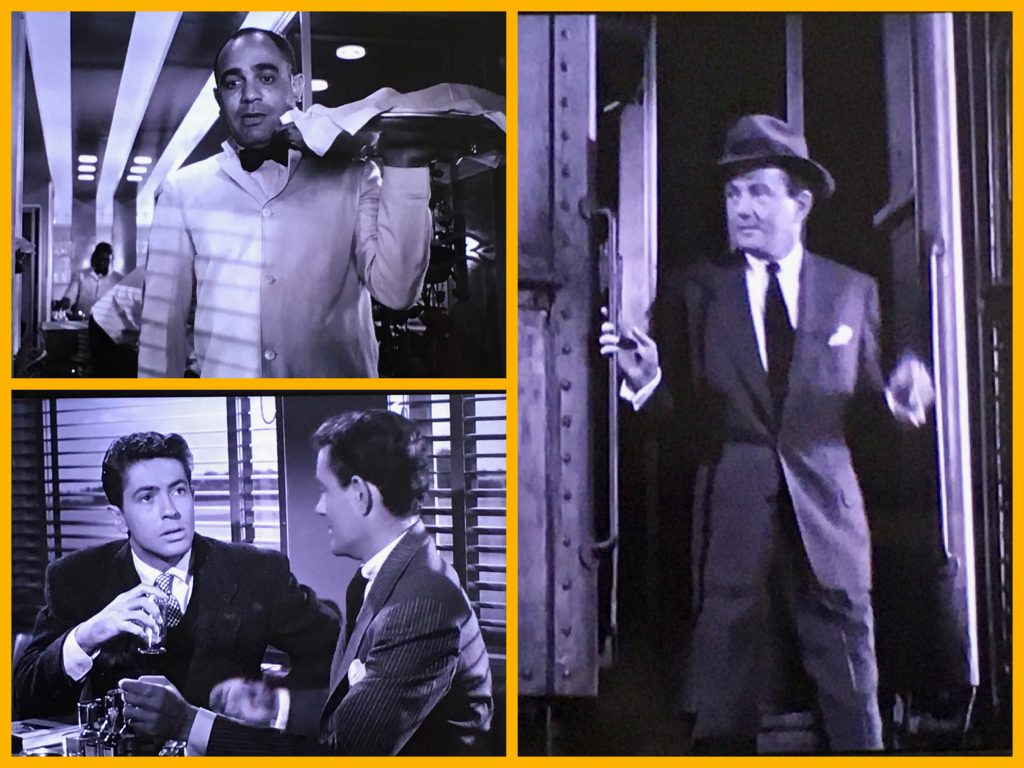 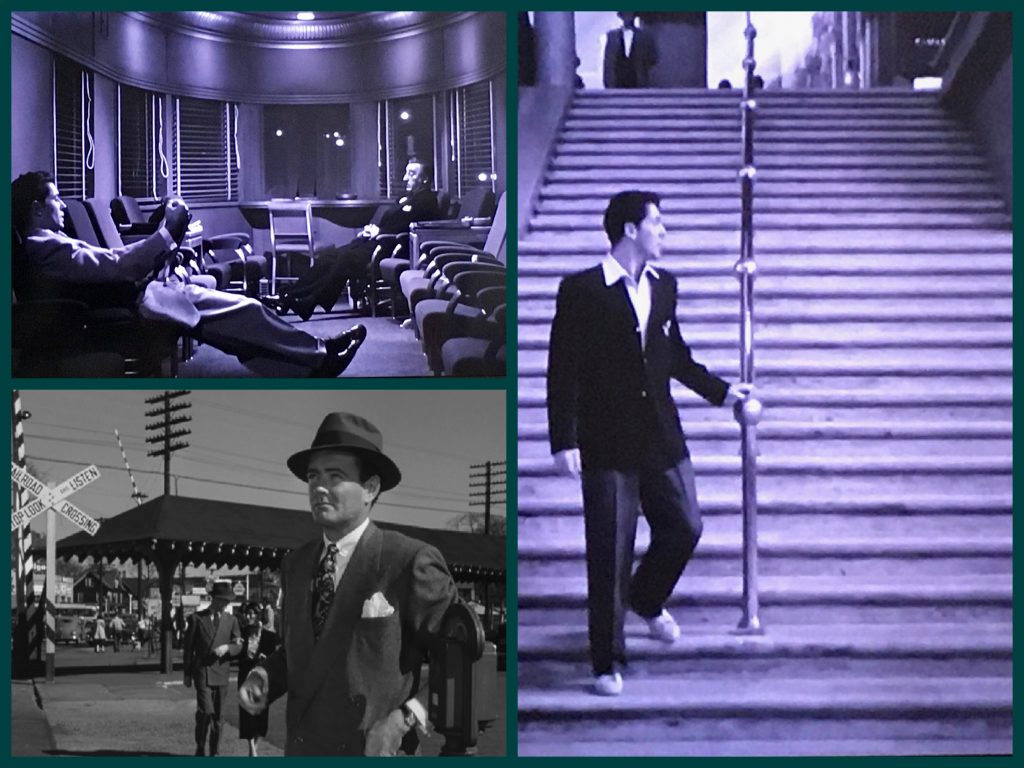 CW: Granger and another passenger in Observation Parlor Car; Granger at Penn Station; Walker at Danbury station aka Metcalf. 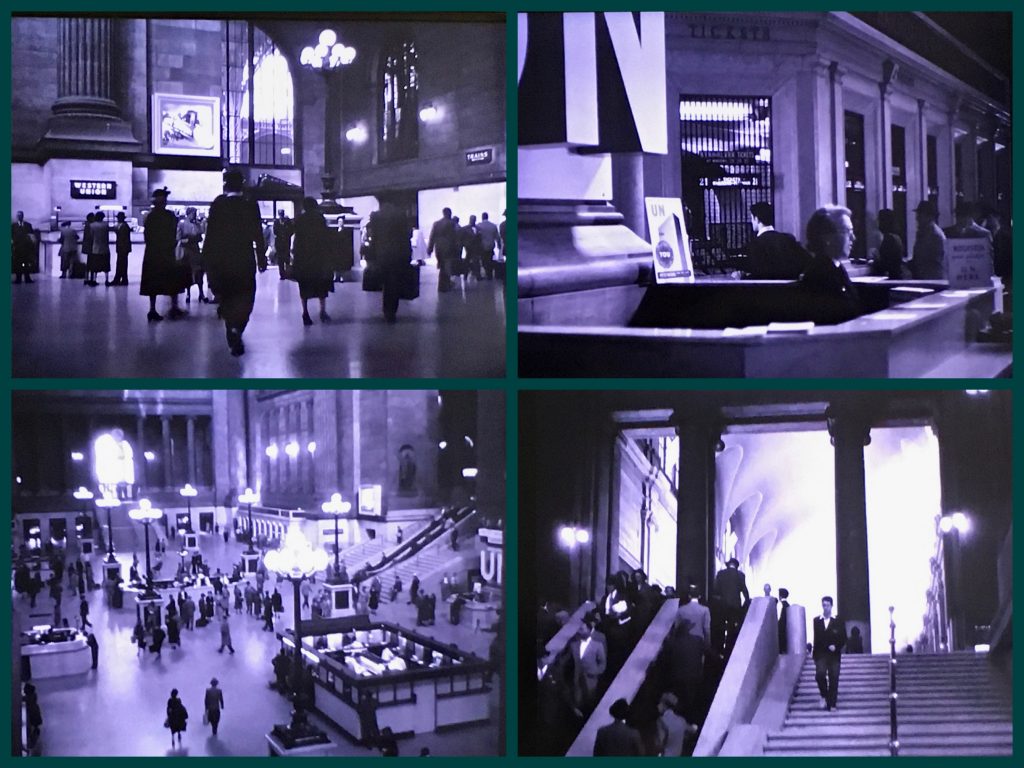 CW: Penn Station entrance hall; Ticket counters; Entrance stairway and escalator; Main hall at Penn Station which was demolished a decade or so after the film was shot there.

Hitchcock and his cast and crew decamped for the East Coast on October 17, 1950. 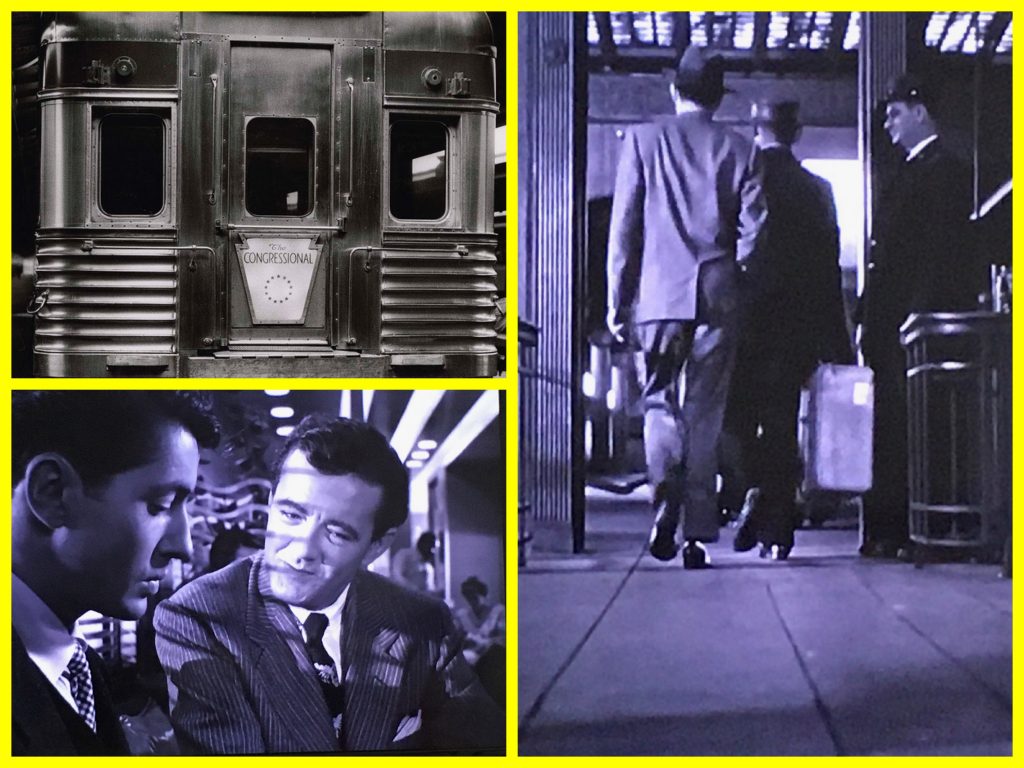 All the interiors aboard the train were filmed at Warner Bros. in Burbank, California. 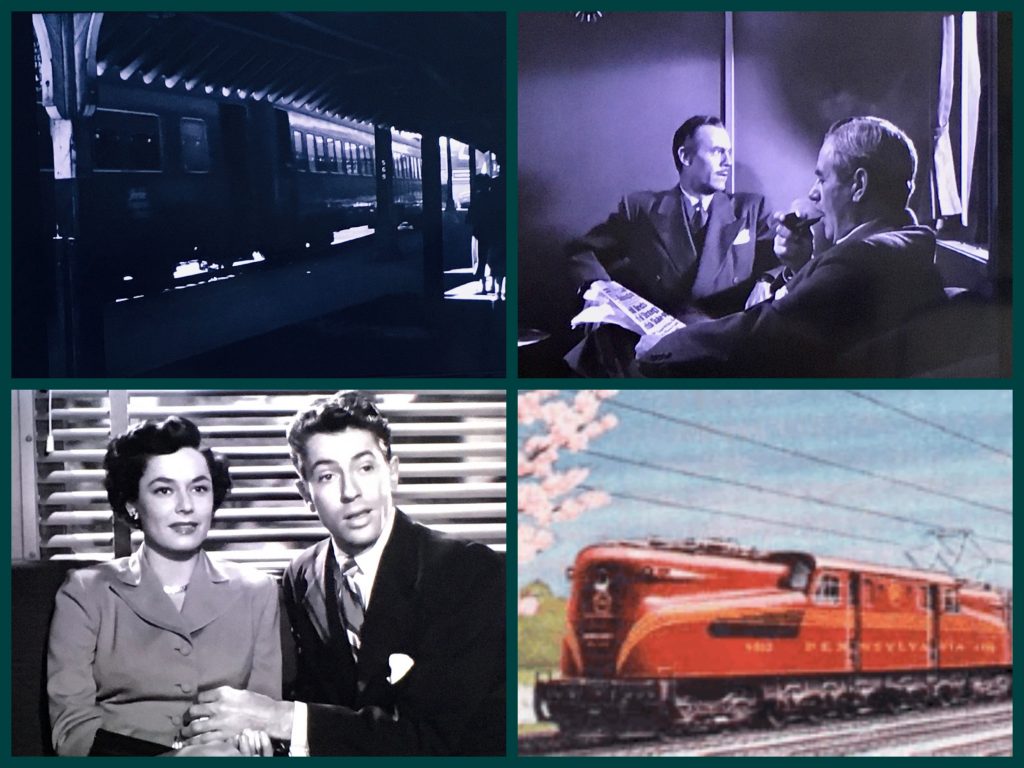 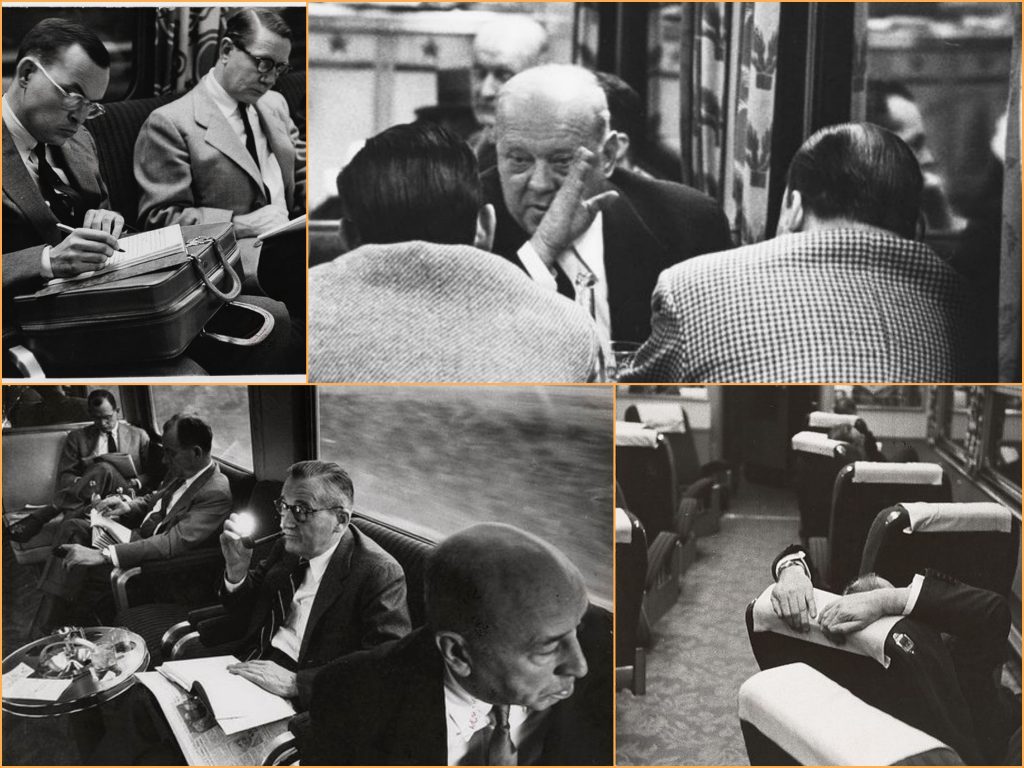 Robert Frank photos of actual businessmen onboard the Congressional Limited in the late 1950s to be featured in a separate post.

The interiors reflected new designs for the Congressional Limited. Especially the Club Car Lounge where Granger and Walker meet. 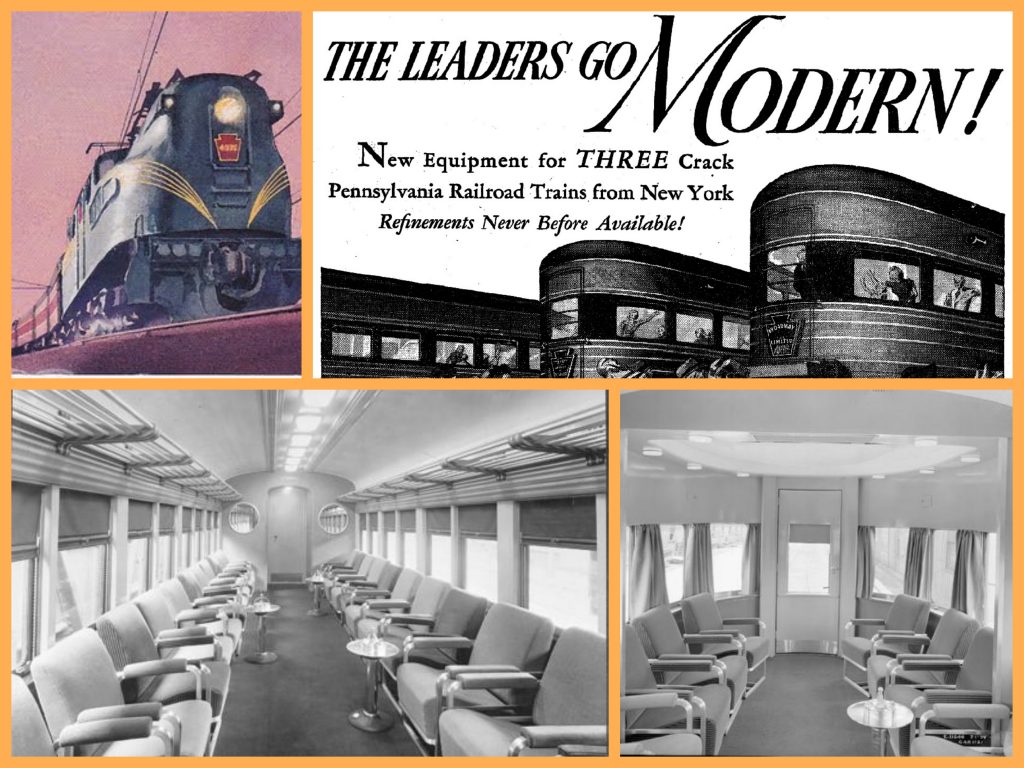 The Pennsylvania Railroad upgraded its fleet of trains following WW 2.