LATEST
Home > CRUISING THE PAST > History of Cruise Fashion… 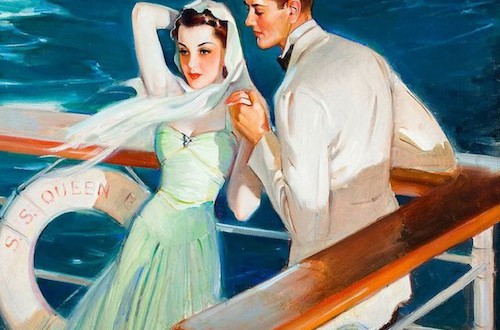 In the early days of cruising, people who went on ocean voyages filled their Louis Vuitton steamer trunks with finery.

Ahoy there fellow shipsters! Here’s some delightful 16mm home movies in both black and white and color shot aboard a Caribbean cruise on the SS Haiti of the Colombian Line. 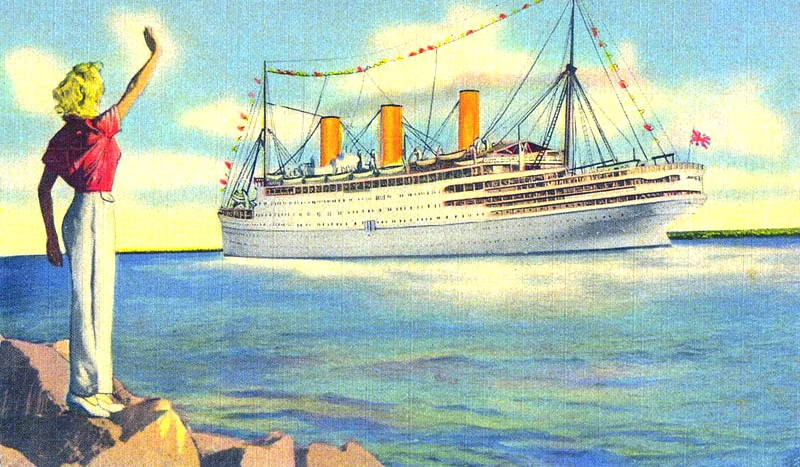 Ship sails away. Cruise fashion ad from the 1930s. 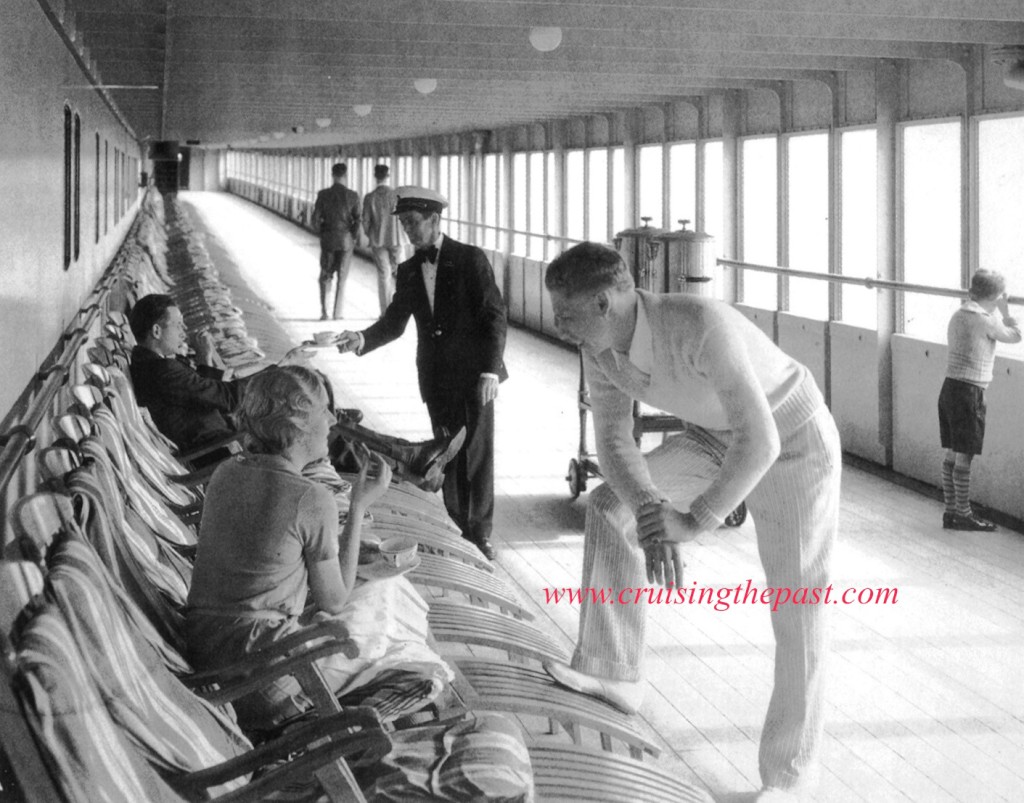 The so-called cruise collection is equally acceptable on land and at sea. The style, which came into fashion early in the 20th century when women were liberated from corsets, was originally designed for those who had money and time enough to winter in the warm-weather climes. Private train cars and select ships swiftly whisked the well-dressed well-to-do away to the likes of Antibes, Saint-Tropez, and Monte Carlo.

The trend to casual wear was a long time coming. But after fashion designer Elsa Schiaparelli introduced culottes in 1931, the days of the long gown were as doomed as the dodo bird. 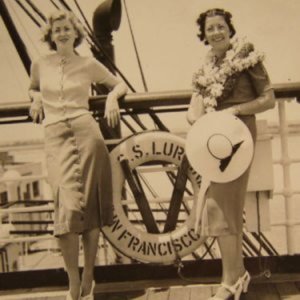 Sailing away on the LURLINE…

It was around this same time that Katherine Hepburn turned the tables on Hollywood by wearing slacks on the screen. Kate’s feisty fashion was the talk of Tinseltown. Despite her unconventional behavior, she prevailed, and soon a whole generation of women marched, in pants, to the drum of their inner tomboy. 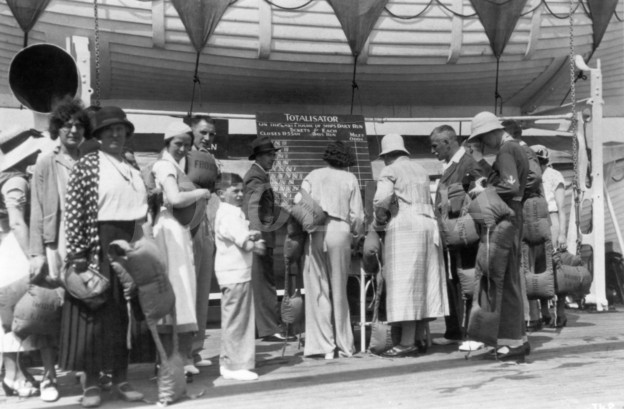 In the 1950s and 1960s, air travel made great inroads and everyone seemed to be up in the air. Even Americans who were staying at home barbecuing in the backyard by the swimming pool had reason to dress cool in this new category called casual clothes. 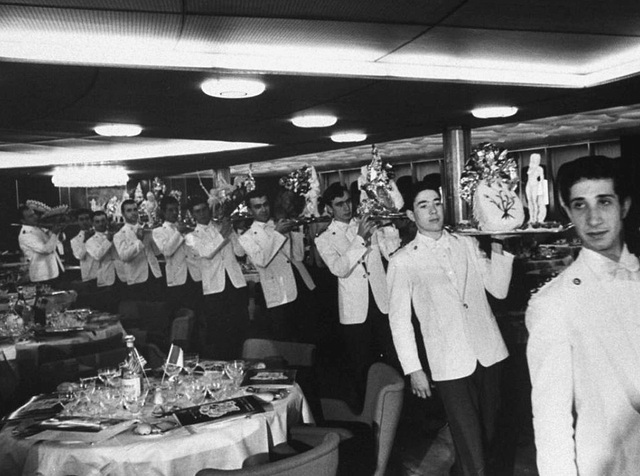 Dining in the 1960s aboard a cruise-ship…

By the 1980s, when many women were traveling for business and kicking at the glass ceiling with their high heels, the pinstriped office dress code started to be relaxed. Causal Fridays, more often than not, became dress-down Mondays through Fridays during the 1990s. 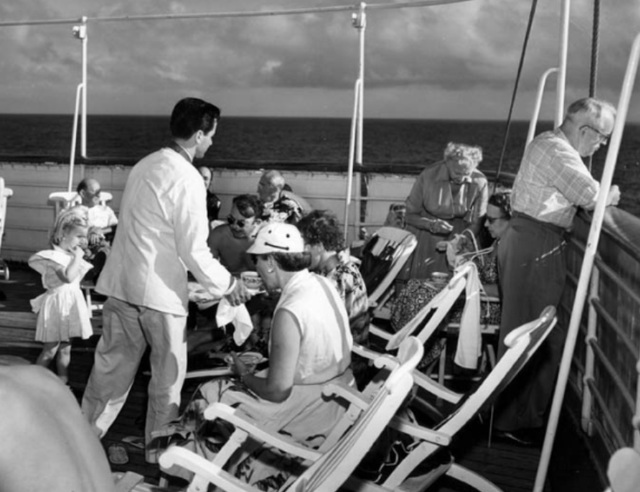 Then the Silicon Valley upstarts pushed the sartorial envelope, ushering in an era of sneakers, shorts, and baseball caps that were worn both during the week and on the weekend shifts. 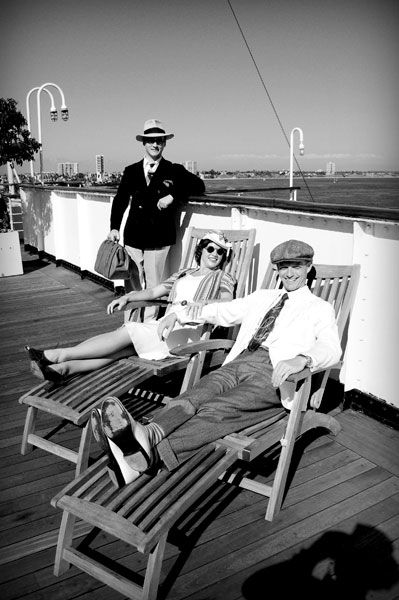 Today, whether called resort wear, cruise collection, or holiday collection, the trend refers to the preseason lines of ready-to-wear women’s clothing that major brands tout. Easy to wear and pack, resort wear, which appears in stores in early November is typically made of lightweight fabrics like cotton, silk, and poplin. Its bold, bright patterns are meant to provide a respite from the winter blues.

And the informal look is no longer only for the once-a-year vacation: We are a generation of year-round travelers. On any given day in every season, the casual styles—Hawaiian shirts, shorts, large straw hats, polo shirts, khakis, sunglasses, and open-toed shoes or sandals—are in evidence all over the globe. Although most cruise collections are geared toward women, more men are taking the brands along on vacation, too.