HAITI – A 1929 VIDEO GLIMPSE OF A FORMER PARADISE (HIT YESTERDAY BY A DEVASTATING EARTHQUAKE) ABOARD A CRUISE BY THE MS KUNGSHOLM.

1929 CRUISE TO HAITI ABOARD THE MS KUNGSHOLM

This is a very interesting and detailed video of Haiti during a 1929 cruise – before dictatorships, exploitation, corruption and now a devastating tragic earthquake.

And thanks to Karl Grobl for many of the excellent photos of Haiti – including the Hotel Olafson. National Palace – Port-au-Prince – Today – after a powerful earthquake struck Haiti’s capital yesterday with withering force, toppling everything from simple shacks to the ornate National Palace and the headquarters of UN peacekeepers. The dead and injured lay in the streets even as strong aftershocks rippled through the impoverished Caribbean country.  Associated Press journalists based in Port-au-Prince said the damage from the quake – the most powerful to hit Haiti in more than 200 years – is staggering even in a country accustomed to tragedy and disaster. 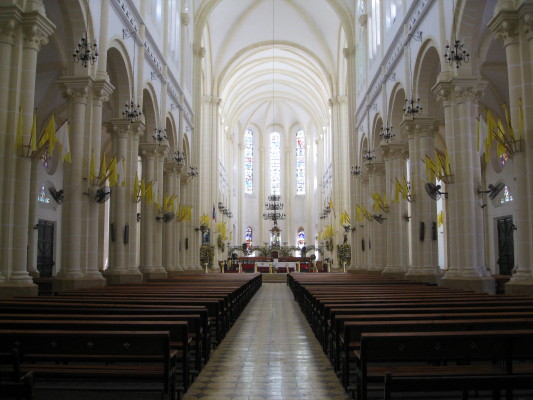 Because what Haiti needs now are donations, we recommend donations to “The Hopital Albert Schweitzer. It’s a well run place, and because it is outside Port au Prince, and still standing, they are getting a lot of patients there.” The link for donations is here. The liner seen in this great video of Haiti in 1929 is from Youtube’s WORLDCRUISER12 is the MS KUNGSOLM operated by the Swedish American Line from 1928 to 1941 on transatlantic services from Gothenburg to New York as well as cruising out of New York.

It was built at the Blohm & Voss shipyard in Hamburg, Germany. In 1942 the ship was requisitioned by the United States Government, who placed it United States Lines flag, and renamed it USAT John Ericsson (NY-307). Its first cruise was transporting USMC troops from San Francisco to New Zealand.

Following the end of World War Two the John Ericsson was sold back to the Swedish American Line in 1947. Instead of returning to service SAL it was sold to Home Lines in 1948 and renamed MS Italia. With Homes Lines the ship served on a variety of routes, including Genoa—South America, Genoa—New York, Hamburg—New York, Hamburg—Quebec, New York—Nassau as well as cruises from New York to the Caribbean.

In 1964 the ship was sold to Freeport Bahama Enterprises for use as a floating hotel under the name MS Imperial Bahama. In 1965 the Imperial Bahama was scrapped at Bilbao. When I was 28, I traveled to Haiti on my own aboard the Grace Line’s SS Santa Rosa.

Grace Line was the only cruise company operating to Haiti at the time because of the oppressive dictatorship of Francois Duvalier.

Haiti was known for sophisticate people, great art and bright minds.  Many of these people were killed by the horrendous (US backed) Duvalier. Despite Duvalier, Haiti was still magical in every way.  The people were filled with pride and character despite the oppressive dictatorship of Francois “Papa Doc” Duvalier.

Of course having a French background – Haiti was very sophisticated with wonderful restaurants and an elegance not found in other Caribbean Islands.

The place to see and visit was the Hotel Olafson in Port au Prince.

All sorts of crazy characters, writers, artists, Peace Corps workers and expats were there.

I remember feeling I was having the most important conversations of my life there.

An illustrious hotel with unmistakable past grandeur which has served as a mansion, Marine base, and then a popular hotel for Westerners in Haiti.

The guests included UN employees, filmmakers, academics–all mingle easily. There were places to go and interesting foreigners on hand; I met Barry Goldwater at the Olafson (an old haunt of Graham Greene).  Today, Goldwater would be shunned by his own party. 
After yesterday’s devastating earthquake, one can only imagine the horror that has happened to Haiti and what condition the Hotel Olafson must be in.

What a tragic place for what is a paradise on earth.

Of course Haiti is just one of hundreds of countries that has been abused and exploited by the United States.

In the last decades the US has overthrown democratically elected governments and installed brutal fascist dictators many times. Some examples are Chile 1973 or Guatemala in 1954. Freedom, democracy, human rights, or homeland security were never reasons why the U.S. got involved, it was always about opening markets so the U.S. could exploit the resources of other countries.

Unfortunately, a lot of the poverty around the world is a product of Western policy (as is the wealth of the West).