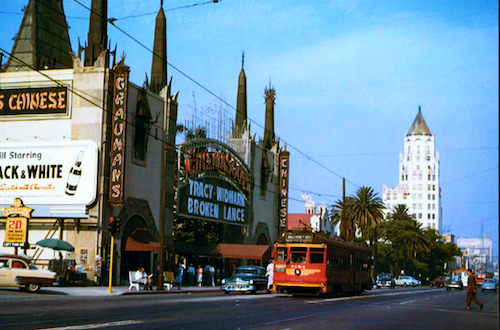 After his success with the Egyptian Theatre, Sid Grauman turned to Charles E. Toberman to secure a long term lease on property at 6925 Hollywood Blvd. 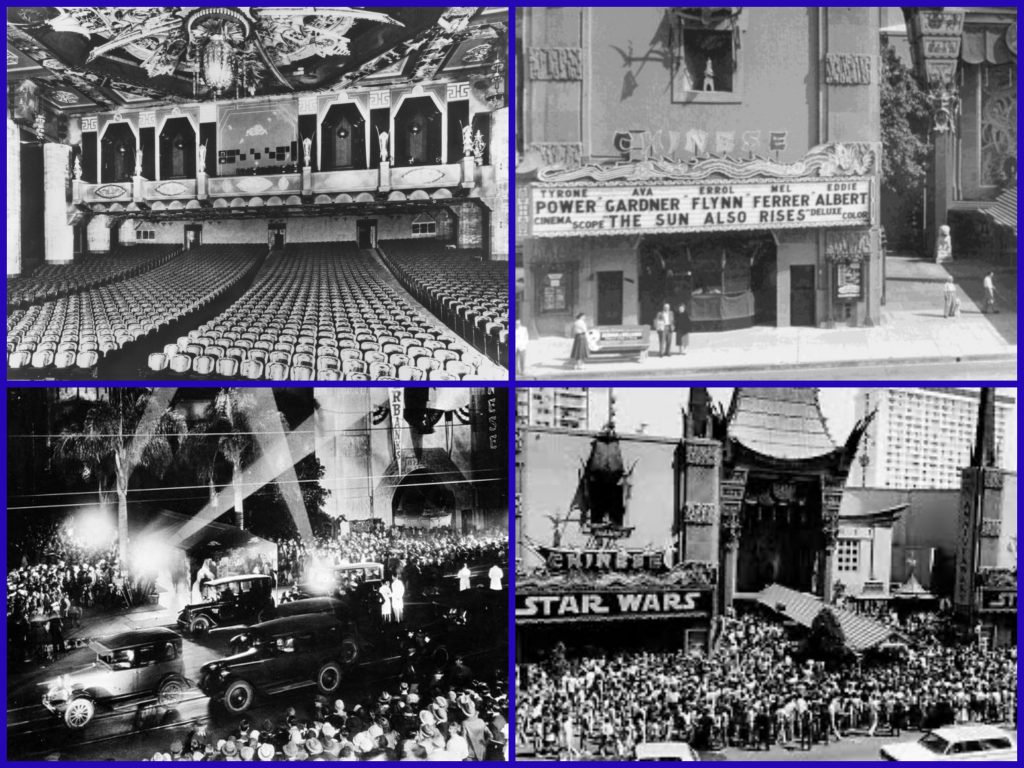 There are many stories regarding the origins of the footprints. The theater’s official account in its books and souvenir programs credit Norma Talmadge as having inspired the tradition when she accidentally stepped into the wet concrete. 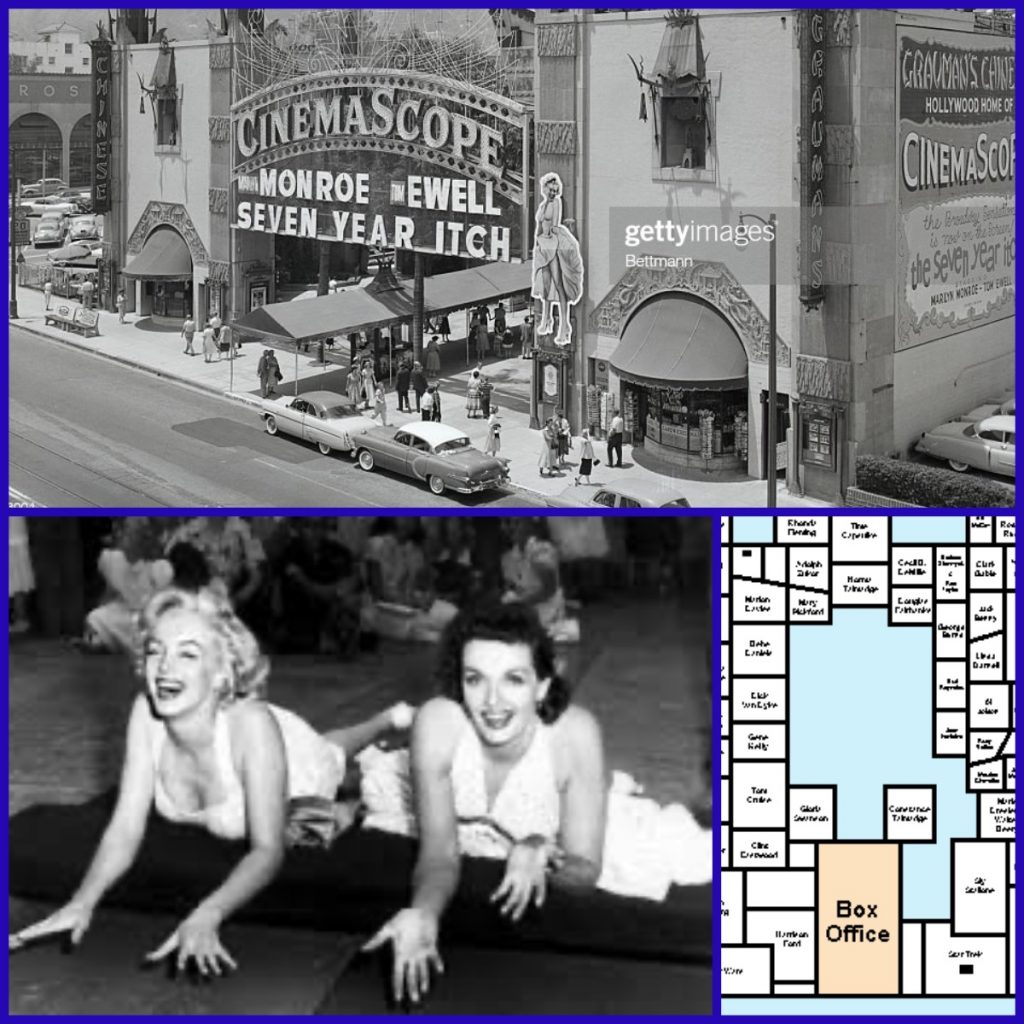 Sid Grauman sold his share to William Fox’s Fox Theatres chain in 1929, but remained as the theater’s Managing Director until his death in 1950. Charles Skouras bought the Chinese Theatre which became part of a chain of theatres for his company known as Fox West Coast Theatres. 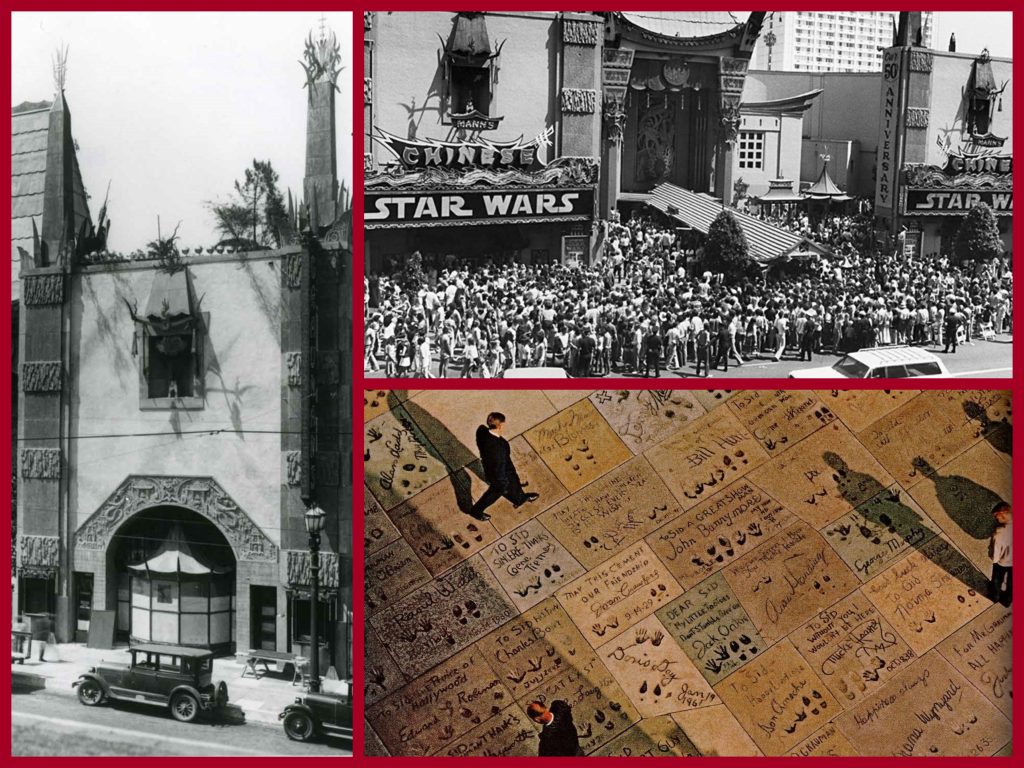 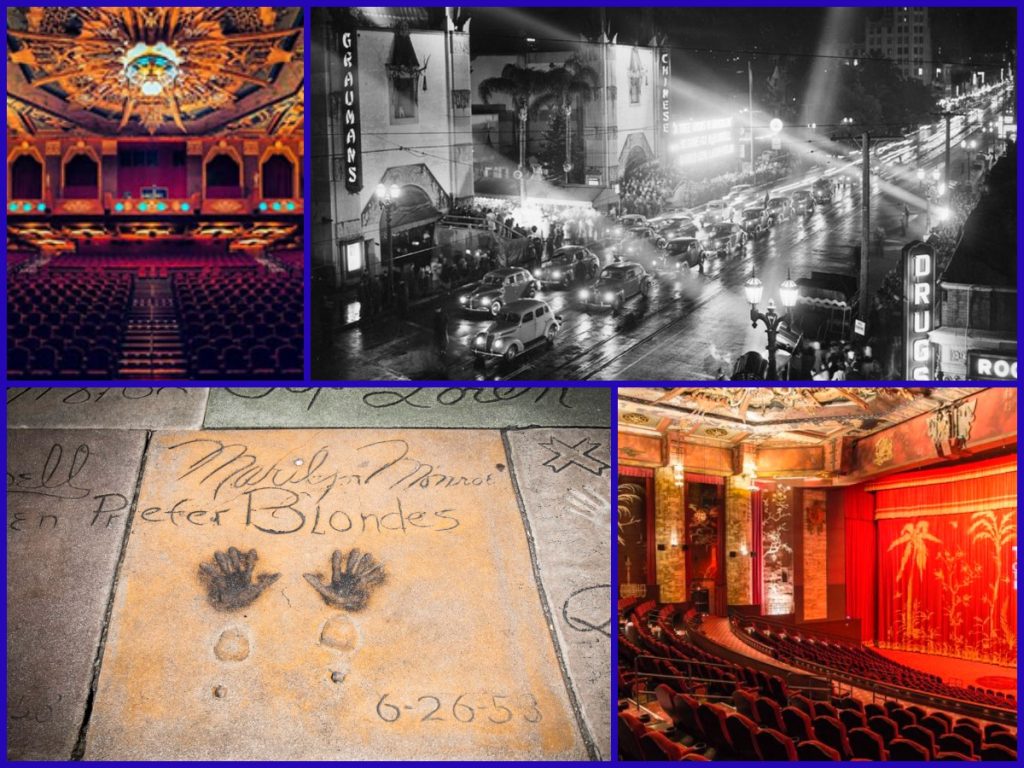 The Chinese Theatre was declared a historic and cultural landmark in 1968, and has undergone various restoration projects in the years since then. In 1973 it was purchased by Ted Mann, owner of the Mann Theatres chain, and husband of actress Rhonda Fleming. From then until 2001 it was known as 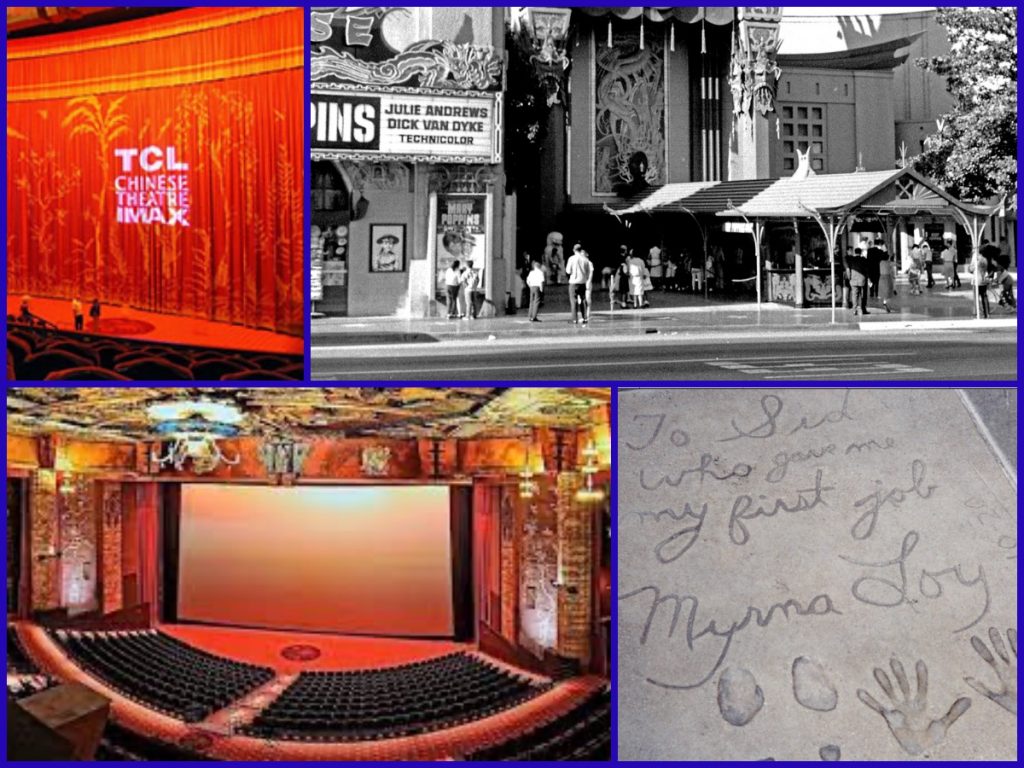 The exterior of the theater is meant to resemble a giant, red Chinese pagoda. The architecture features a huge Chinese dragon across the front, two Authentic Chinese Ming Heavens dogs guard the main entrance, and the silhouettes of tiny dragons up and down the sides of the copper roof.

Oscars at the Chinese Theatre 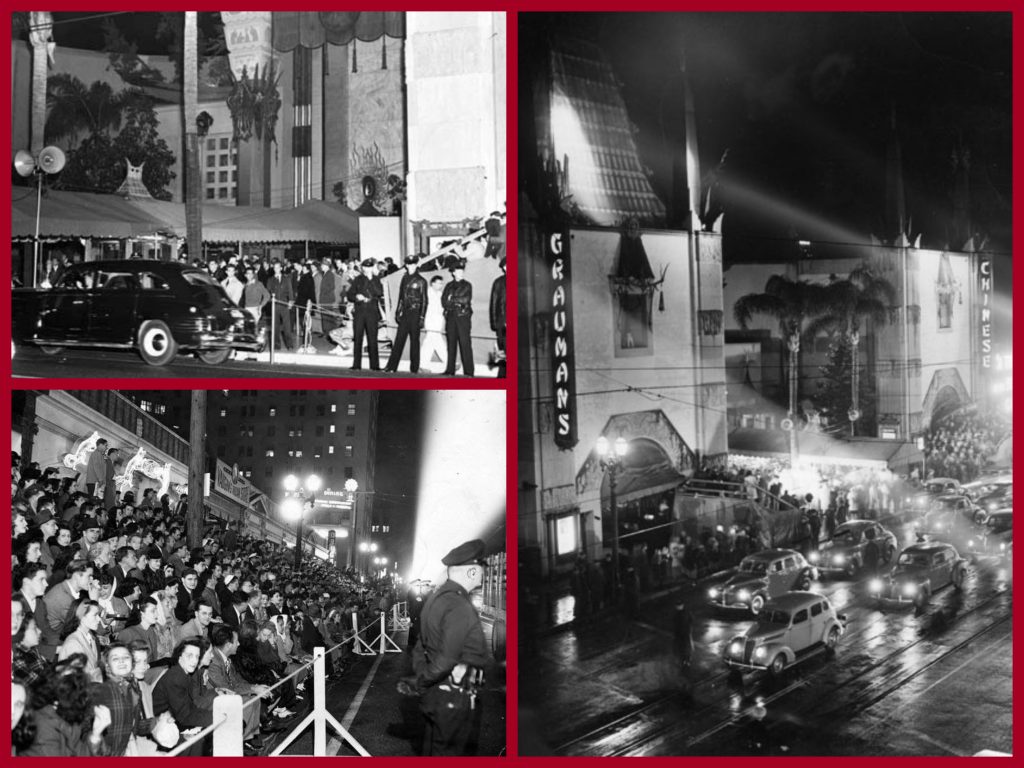 In 1944, 1945, and 1946 the Academy Awards ceremonies were held at the Chinese Theatre; they are now held at the adjacent Kodak Theatre.

Grauman’s Chinese Theatre continues to serve the public as a first-run movie theater. Many Hollywood films have had their premieres at the Chinese Theatre throughout its history.

Today its premieres are attended by celebrities and large throngs of fans as they have been since 1927.