Home > ALL POSTS > SHIPBOARD CELEBRITIES ABOARD THE UNITED STATES LINE’S SS PRESIDENT ROOSEVELT. FROM HELEN KELLER AND GENERAL DOUGLAS MCARTHUR TO JOHNNY WEISMULLER AND THE 1928 US OLYMPIC TEAM.

SHIPBOARD CELEBRITIES ABOARD THE UNITED STATES LINE’S SS PRESIDENT ROOSEVELT. FROM HELEN KELLER AND GENERAL DOUGLAS MCARTHUR TO JOHNNY WEISMULLER AND THE 1928 US OLYMPIC TEAM. 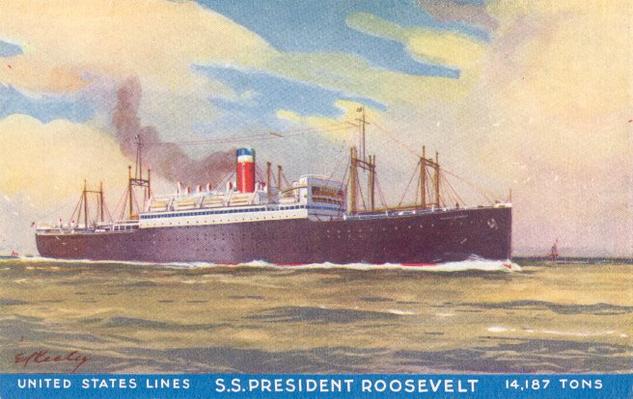 The SS President Roosevelt was a passenger liner of the United States Lines that was involved in a famous heroic rescue of the crew of the British ship Antinoe in the Atlantic Ocean in January 1926. The captain of the ship, George Fried, was given a ticker-tape parade in Manhattan in honor of his heroism. 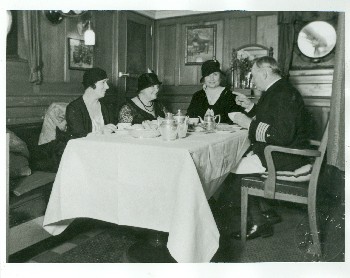 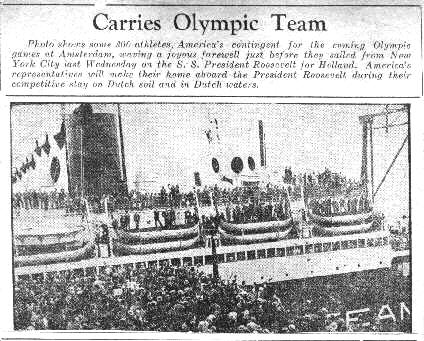 Newspaper photo announcing the departure of the U.S. Olympic team to Amsterdam, Netherlands, 1928, aboard the S.S. President Roosevelt. 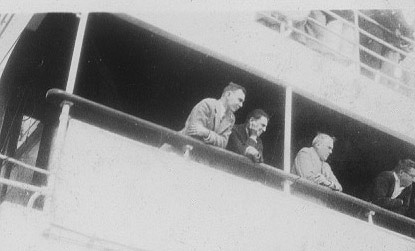 General Douglas McArthur and aide on board the S.S. President Roosevelt, July 1928.  Sailing with the U.S. Olympic team to the 1928 events in Amsterdam, Netherlands. 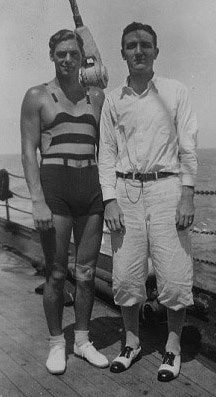 Johnny Weismuller and Tom Biddison on board the S.S. President Roosevelt, July 1928. 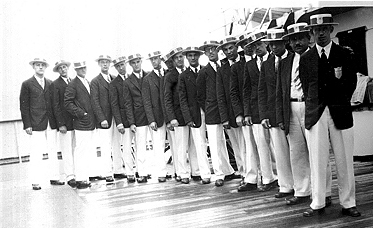 U.S. Lacrosse team sailing to Europe for the Olympics aboard the S.S. President Roosevelt – “dressed up for the parade,” July 28, 1928. 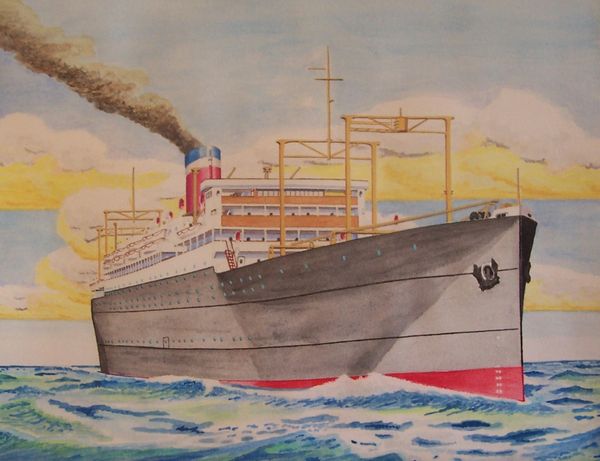 A watercolor of the SS President Roosevelt which served the US Lines from 1922-39.

The SS President Roosevelt and her sister the SS President Harding were typical ships of the 535 class (Harris Class Transports) which were created for trooping and cargo duties during WWI by the US Shipping Board through the Emergency Fleet Corporation. They never saw service in the war (WW I) — they were created for although both vessels were around when hostilities broke out “over there” once more.

The President Harding was sold to Belgian interests when they were still neutrals and was sunk in 1940 by German aircraft.

The President Roosevelt became one of the most decorated troop transports of WWII as the Joseph T. Dickman and participated in every theater of the war.