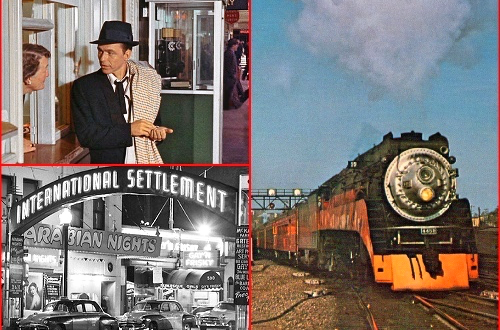 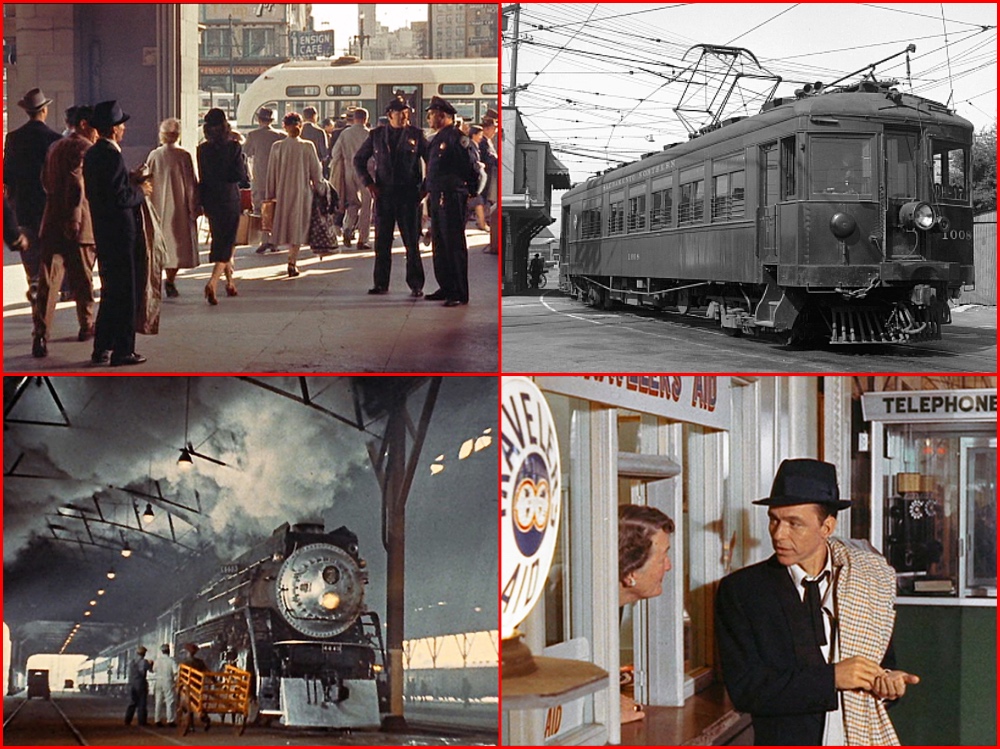 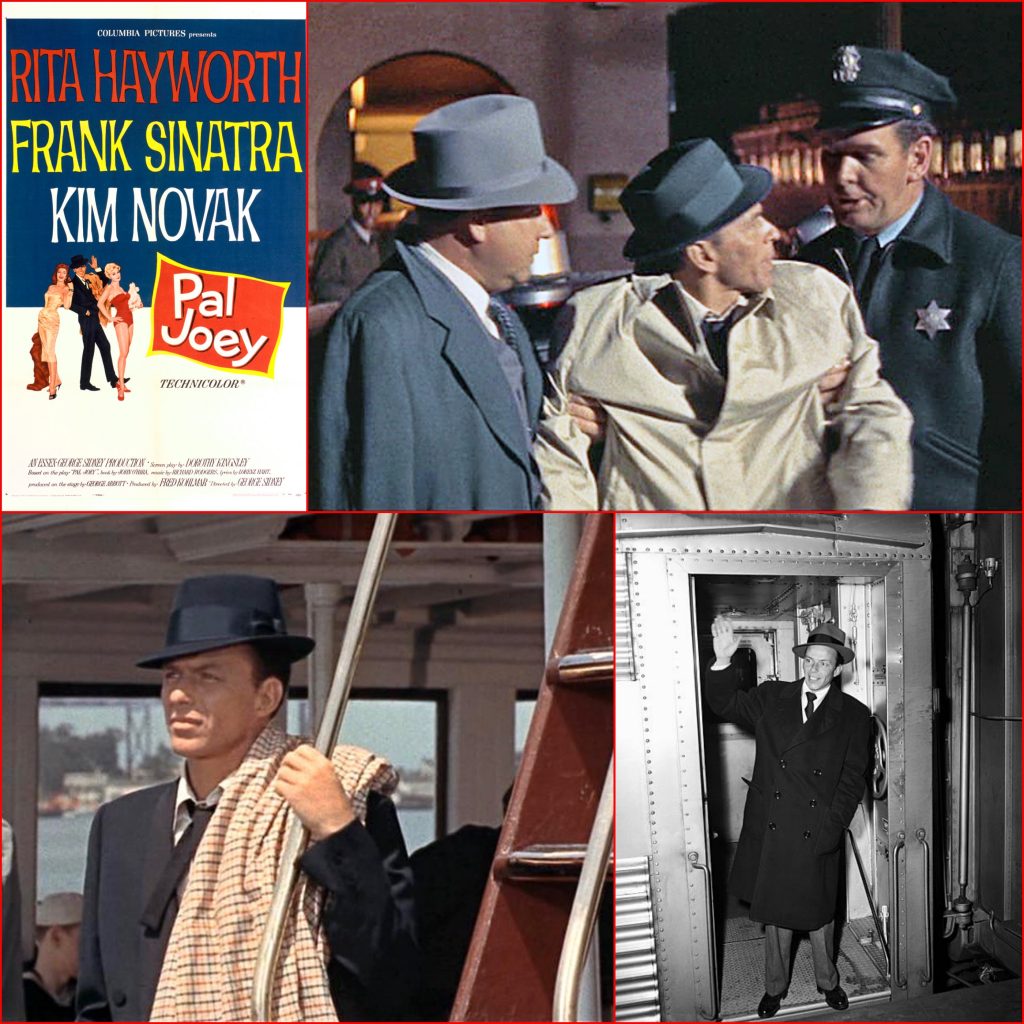 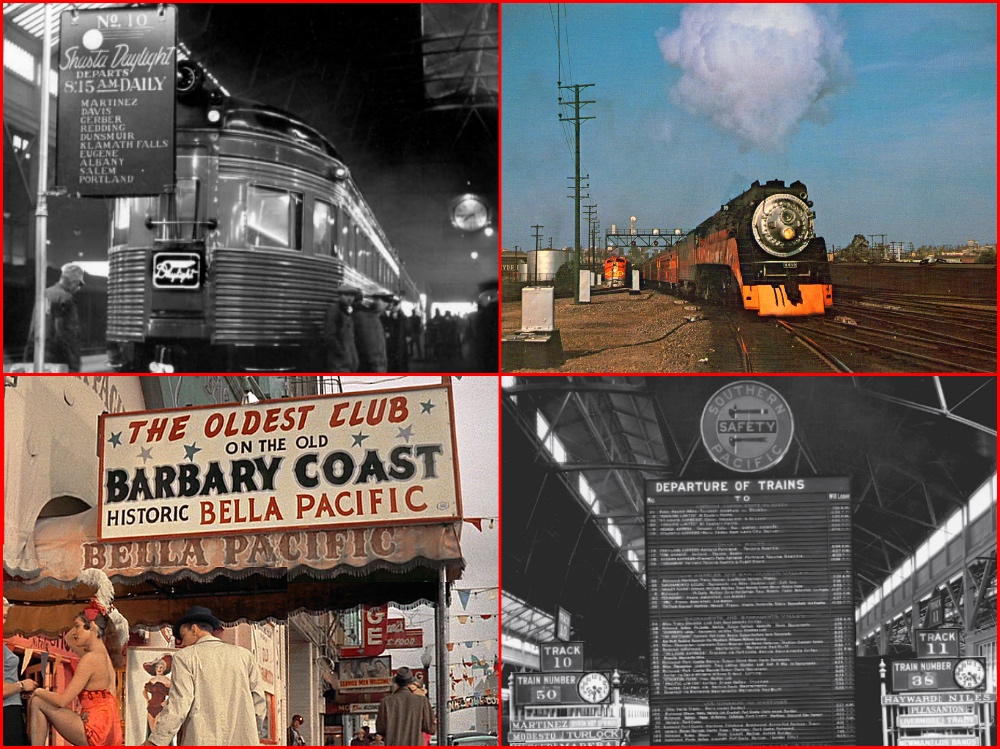 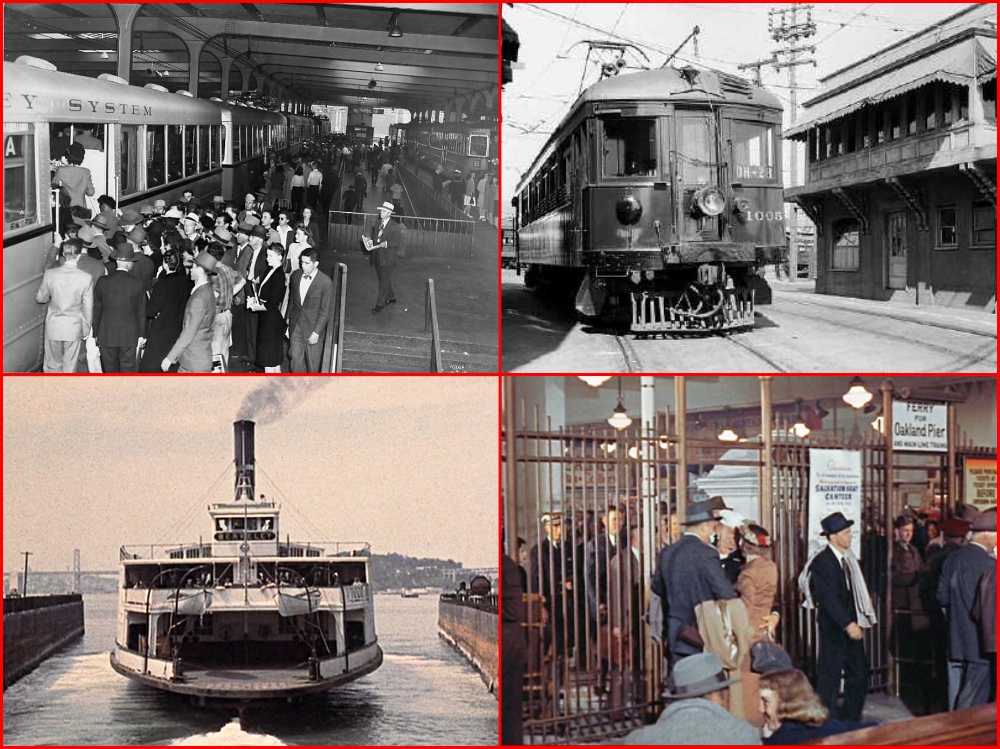 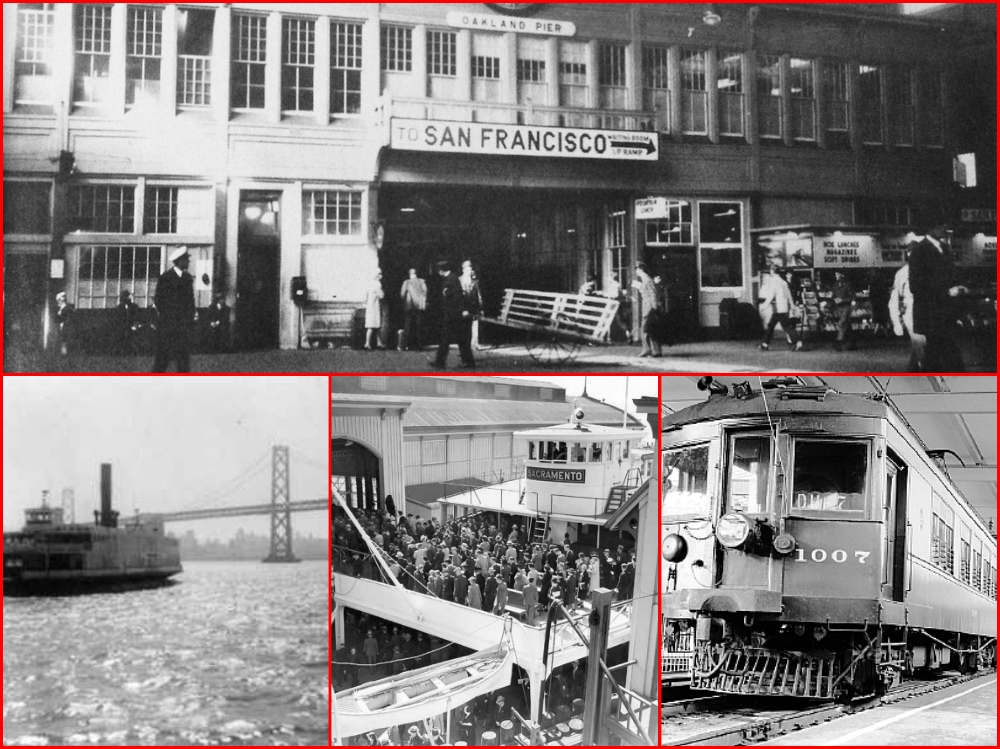 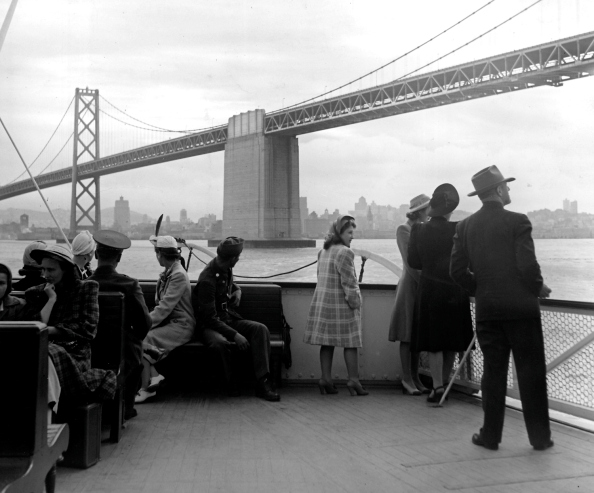 Ferry approaches San Francisco in 1941. The recently completed San Francisco-Oakland Bay Bridge is in the foreground. The ferry is carrying passengers who have just arrived from Chicago and New York. 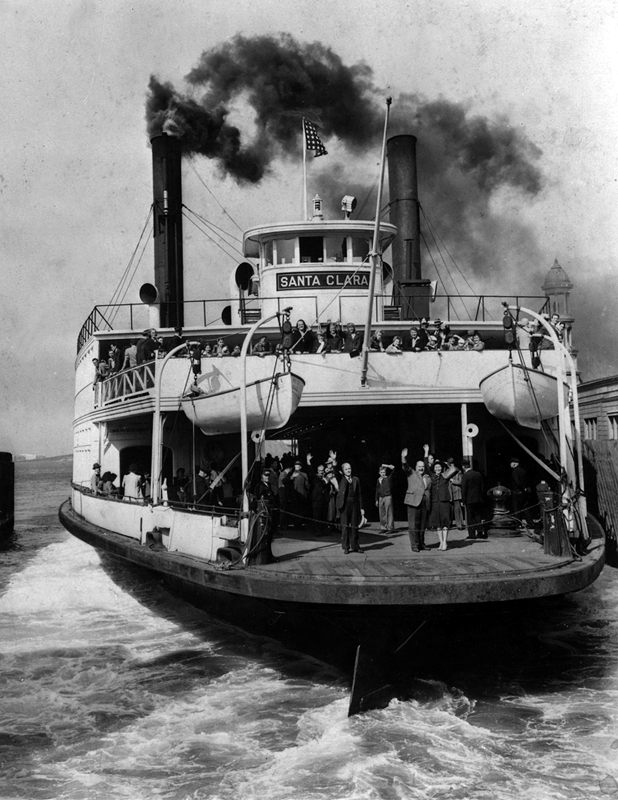 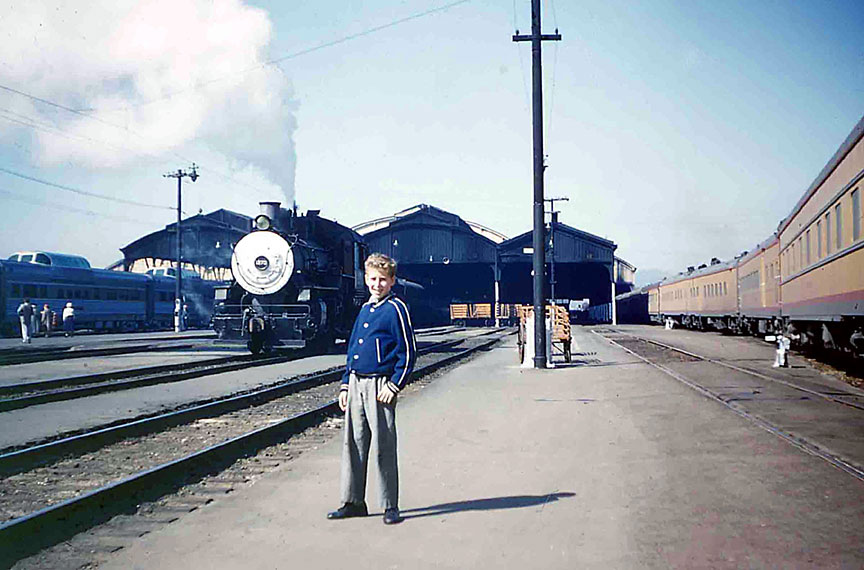 Michael Grace ready to board the California Zephyr in 1957. The CZ at the left boarding and the City of San Francisco arriving at the right The Oakland Mole. 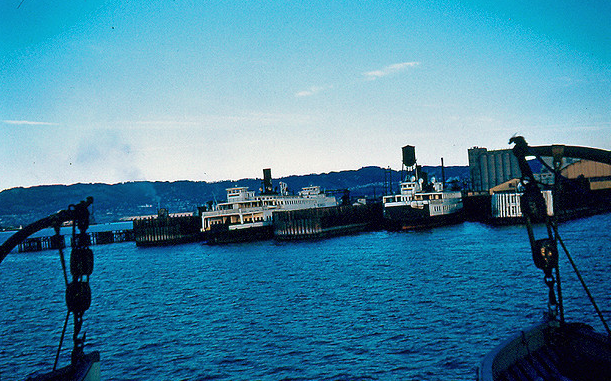 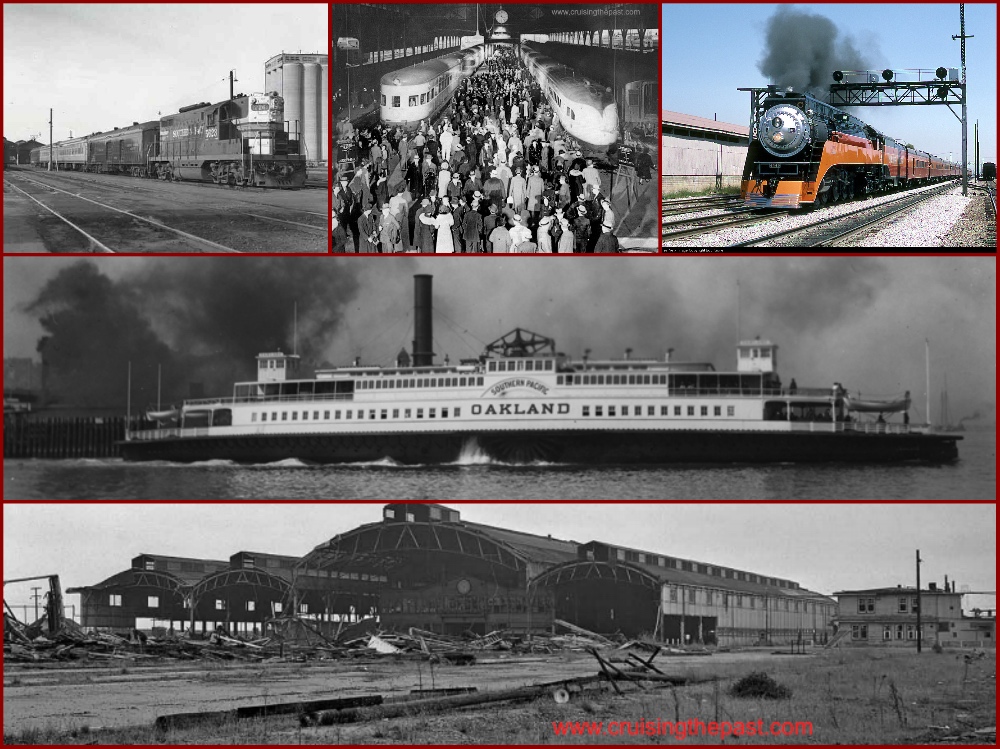 All good things have to come to an end, and the great Oakland Pier terminal was not immune to various services being closed down. The last ferryboat to San Francisco, the “San Leandro”, operated on July 29, 1958. The last trains to use the Mole were # 19 and # 20, the “Klamath”, Shasta Route mail trains, in 1960.