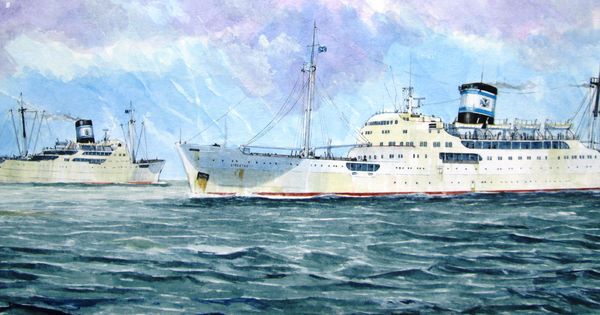 Argentina was the only South American country to operate regular long-distance intercontinental ocean liners following World War 2, although always with ships of moderate size and speed. 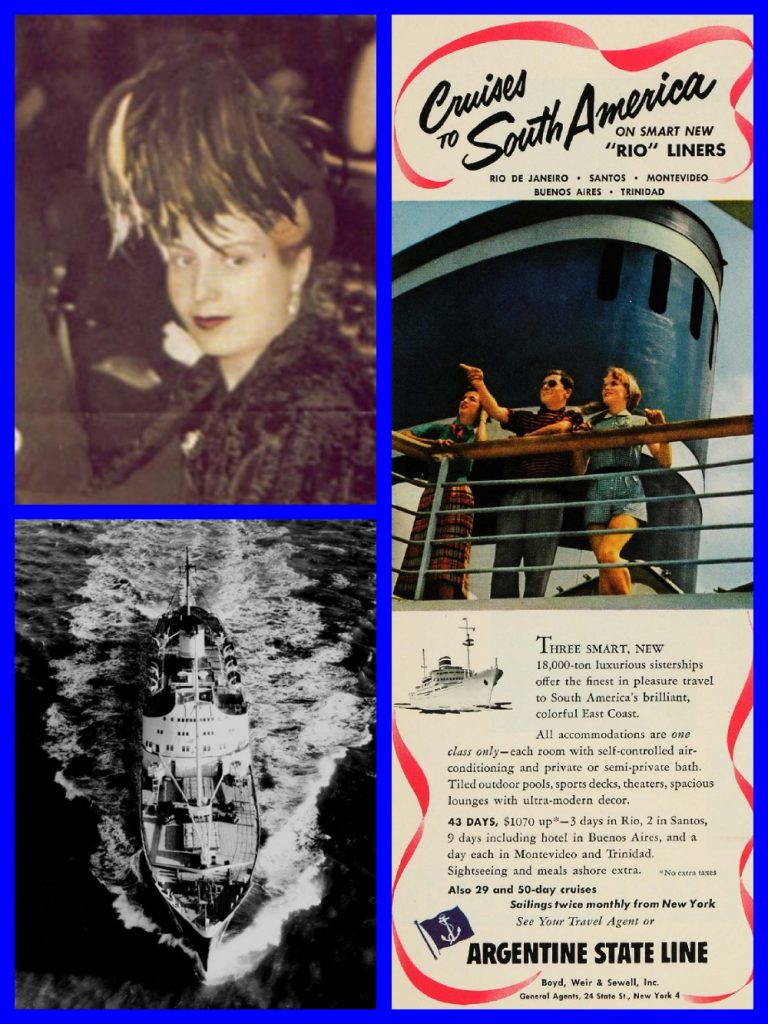 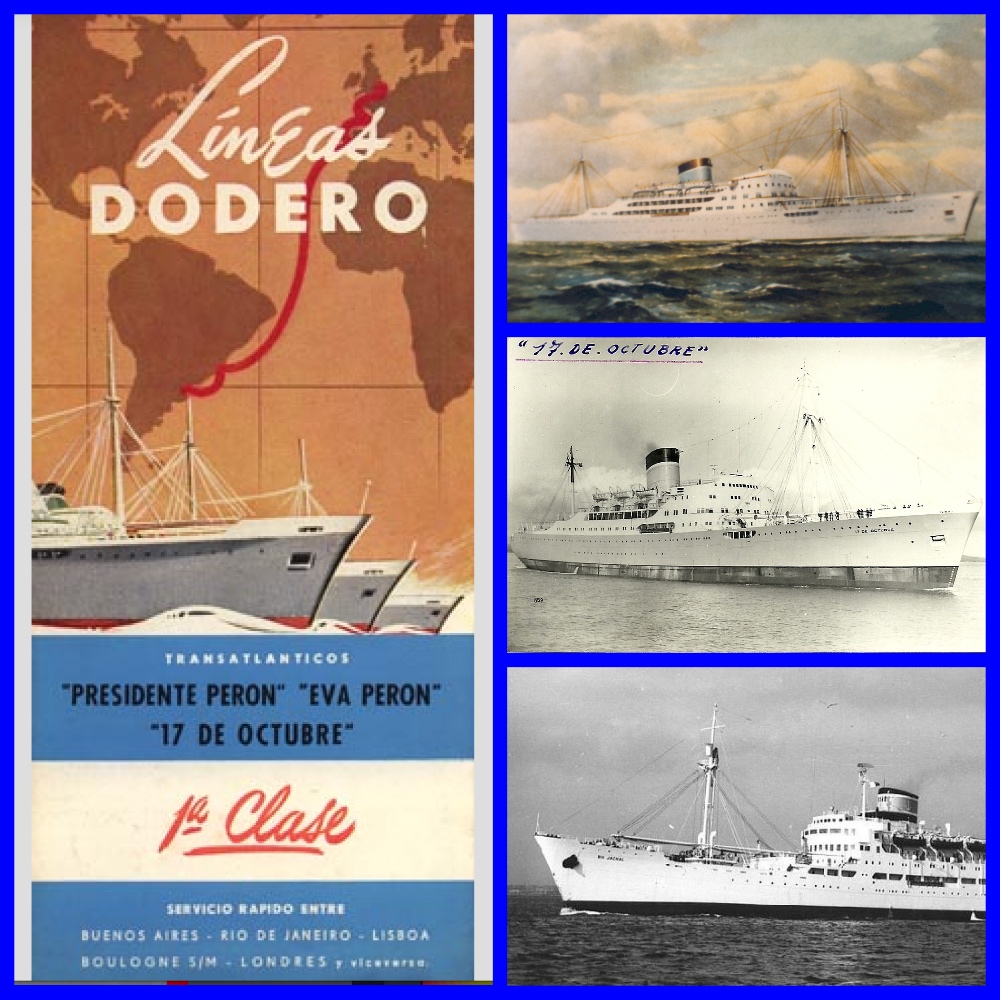 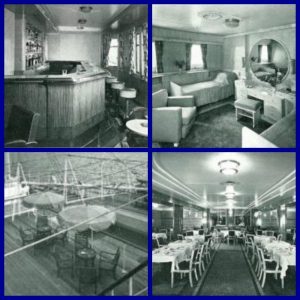 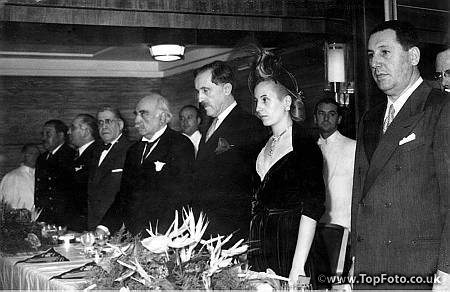 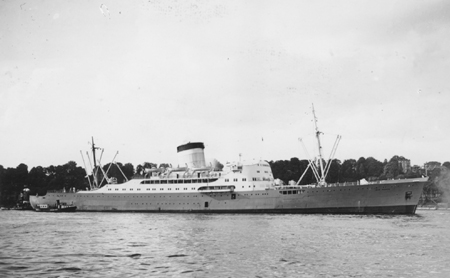 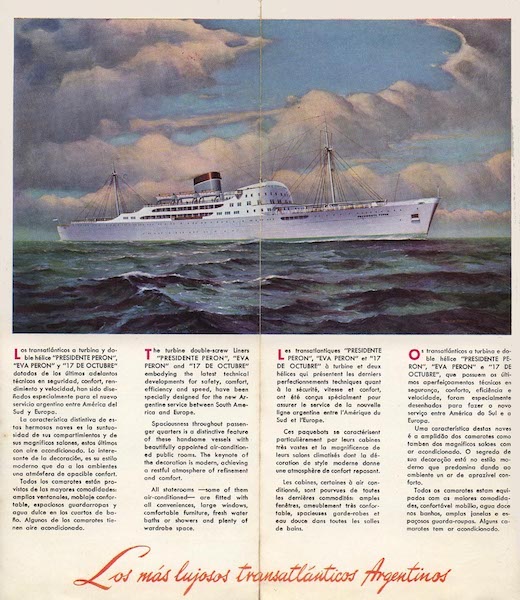 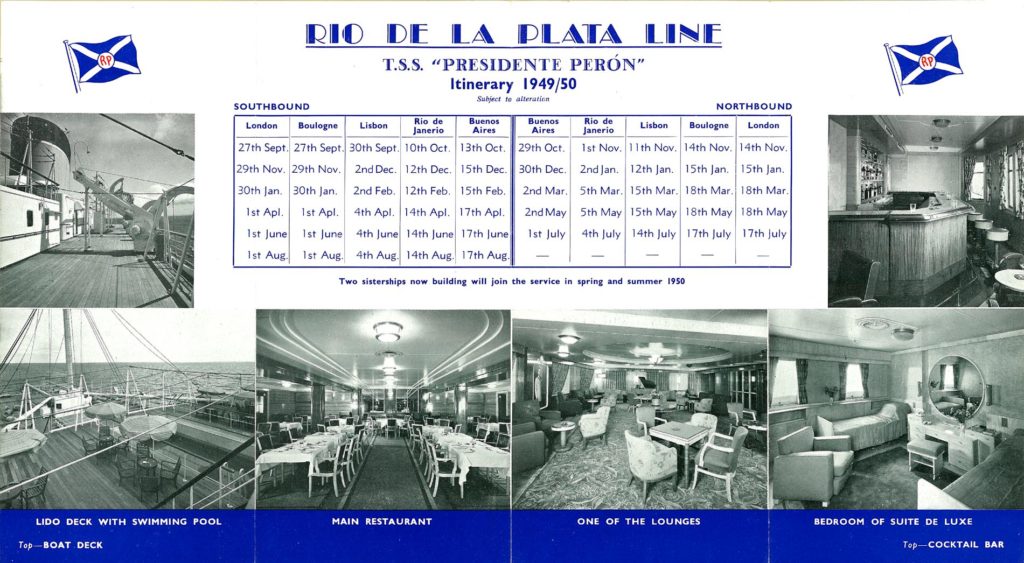 In 1949, Dodero decided to sell the steamship line. It was bought by the government because it provided an essential public service, despite fierce opposition by the Radical bloc in the Senate on the grounds that the company was bankrupt and that its nationalization was designed only to favor its owners, the Dodero family. 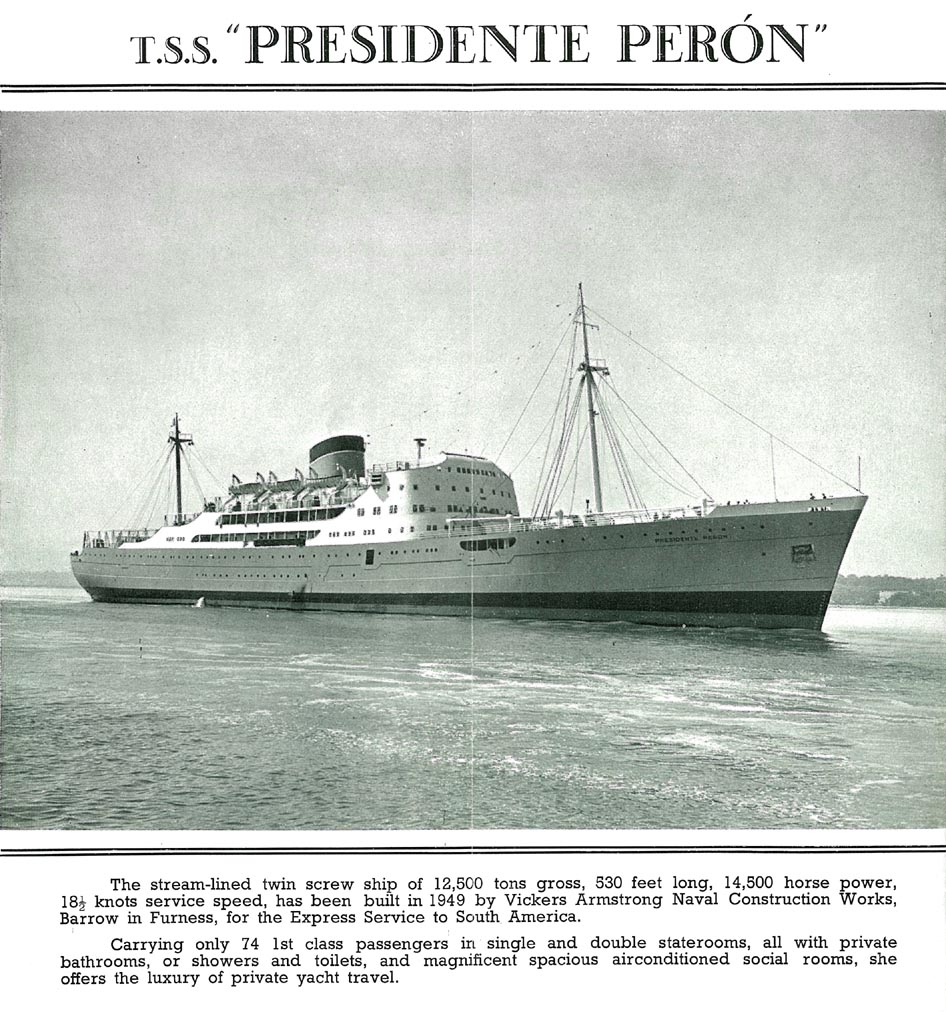 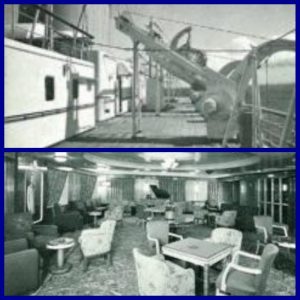 After the fall of the Peron Government, the Dodero Line ceased operations and management of the fleet passed to Flota Argentina de Navegaceon de Ultramar (FANU). In 1962 FANU and the Flota Mercante del Estado merged to form Empresa Lineas Maritimas Argentinas (ELMA) who took over the passenger services.

“Once you’re aboard one of the modern ‘Rio’ vessels, you will find that reality surpasses your expectations … you are surrounded by Latin American warmth and hospitality, so characteristic of the Argentine.”