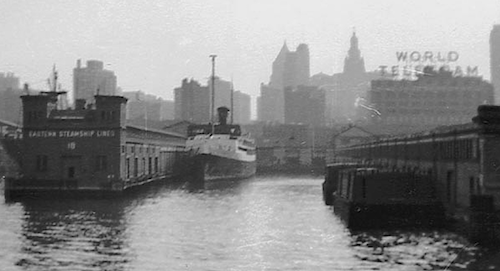 The steamship Calvin Austin pulls away from the Eastern Steamship Company wharf in Lubec. Pope’s Folly Island appears in the immediate background. Jamaican-born E Leslie Fraser purchased the name Eastern Steamship Company along with S.S Yarmouth for $500,000 in 1954.