Deluxe Midland Pullman between London and Manchester in the 1960s 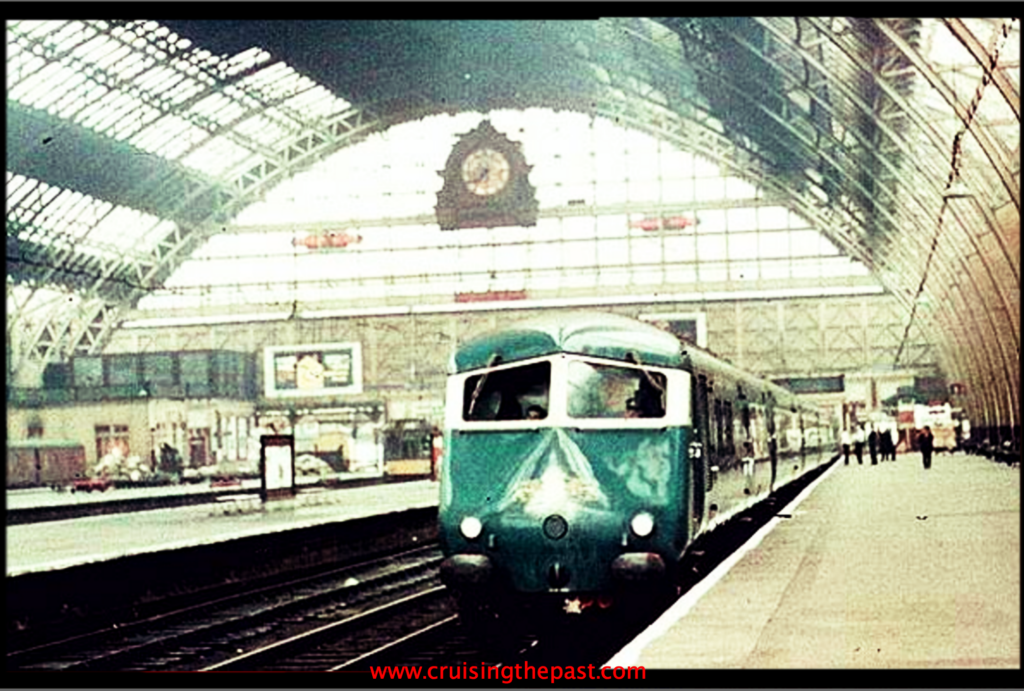 Manchester Pulman ready for departure from Manchester Central Station in the 1960s.

The Midland Pullman was launched in 1960 as a luxury all-first-class day service using between London and Manchester in a record 3 hours and 15 minutes with First and Second Class Service. 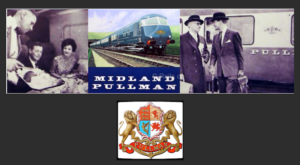 Deluxe service between London and Manchester. 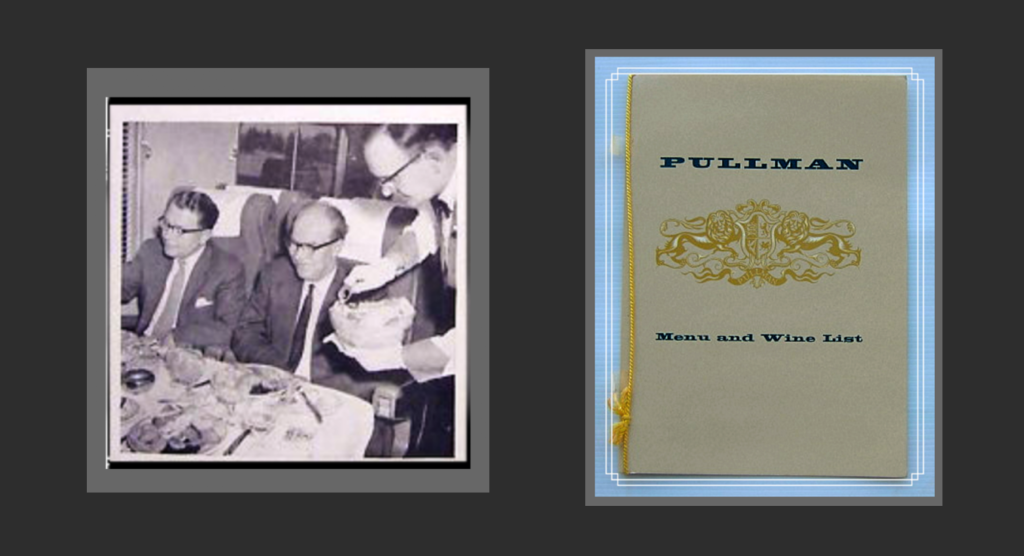 Passengers were served meals prepared on board in kitchen cars with top quality and gourmet cuisine with an extensive wine list.

The Midland Pullman ran every weekday, up to London in the morning and down to Manchester in the evening. 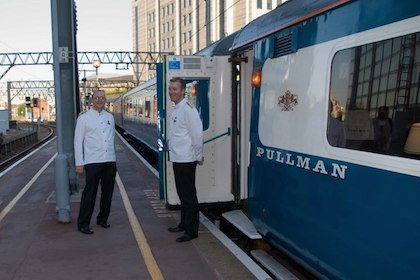 Stewards wait for passengers to board the deluxe Manchester Pullman.

To fill in between these turns, there was an afternoon return trip from St Pancras to Nottingham described by railway staff as “The most luxurious ECS in the world.” 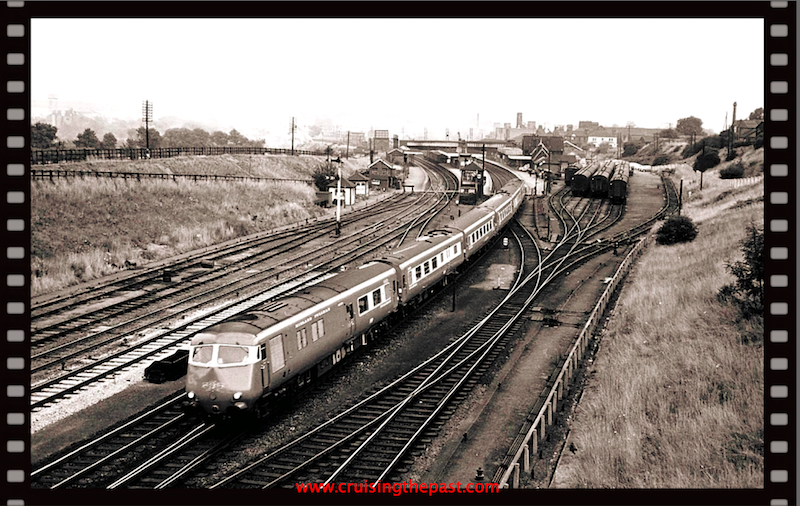 There were two Blue Pullman six-car diesel-electric units, and the train had two kitchens, and a full meal service was provided at every seat.

The operation attracted criticism because being a fixed-formation train it required a full spare set, making poor use of expensive assets. Critics also noted that the new service was not best timed for priority business use: initially, the up Midland Pullman did not leave Manchester until 0900.

Other commentators, however, praised the speed and smoothness of the journey and the luxury of the trains. 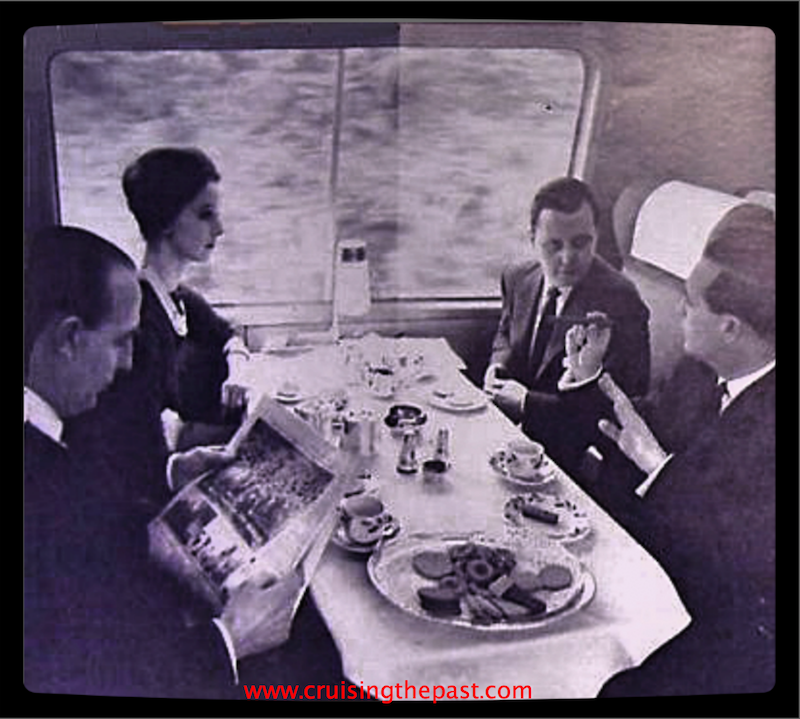 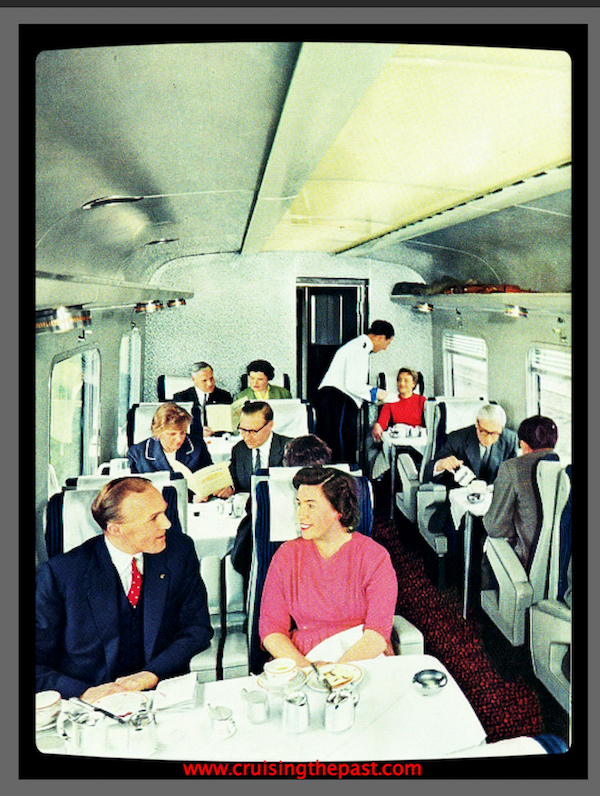 Second Class on the Manchester Pullman.

Both classes of service on the Manchester Pullman were very deluxe operations compared to traveling ordinary First Class on regular trains.

The service was withdrawn in 1966 and replaced by the electric-locomotive-hauled Manchester Pullman running from Manchester Piccadilly to London Euston via the newly electrified West Coast Main Line, with a much-reduced journey time of 2 hours 30 minutes, marking the end of the Midland line as a significant route for Manchester-London traffic. 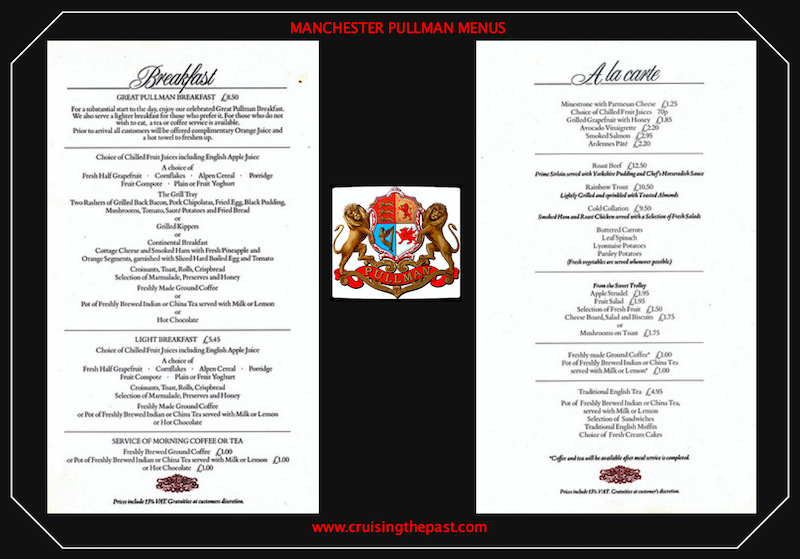 An attempt was made to find work for it on the East Coast Main Line but, plagued as it was by rough-riding bogies, it was never run in revenue-earning service. The two units were eventually transferred to the Western Region to work alongside the similar Western Pullman units.Pullman trains in Great Britain were mainline luxury railway services providing deluxe service.

British Pullman ended operations in 1985 when the Manchester Pullman was discontinued.

British Pullman was formed in 1882 and named after the Pullman concept pioneered in the United States by the American railroader George Pullman. The UK company entered into contracts with the British railway companies to operate Pullman services over their lines. The company ended operations in 1985 when the Manchester Pullman was discontinued. The deluxe train sets were formed from three basic types of cars: engine, kitchen car, and parlor cars. The cars were permanently coupled and hermetically sealed for maintenance of the air-conditioning settings. The sets were symmetrical with an engine car at each end, and two kitchen cars serving their respective halves of the train.