LATEST
Home > ALL POSTS > David Bowie, with a fear of flying, sailed on many liners and cruise-ships. 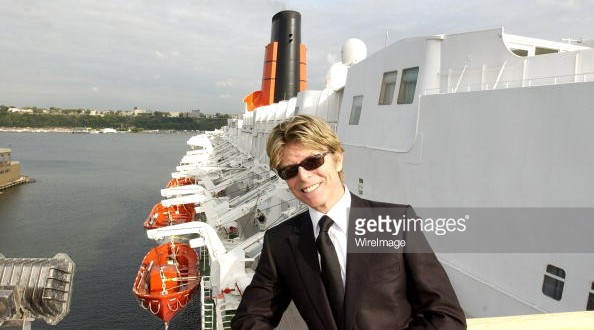 David Bowie arriving in NY aboard the QE 2...

David Bowie, with a fear of flying, sailed on many liners and cruise-ships. David Bowie seen aboard the QE 2 as it arrive in New York. On the bridge, he meets the captain … His spokesman said: “David is a lot better at flying these days and travels by plane when he has to. But sometimes he’s in no rush so he decides to take a leisurely cruise across the Atlantic. He enjoyed the trip and has had a relaxing break before he gets down to promoting his new album.” David Bowie arrives in Japan after crossing the Pacific aboard the SS Oronsay. David Bowie travelled to Japan on Oronsay , he gave an impromptu solo acoustic performance for the passengers and crew. David Bowie on the Italian Lines… David Bowie on the bridge aboard Cunard Line’s QE 2.