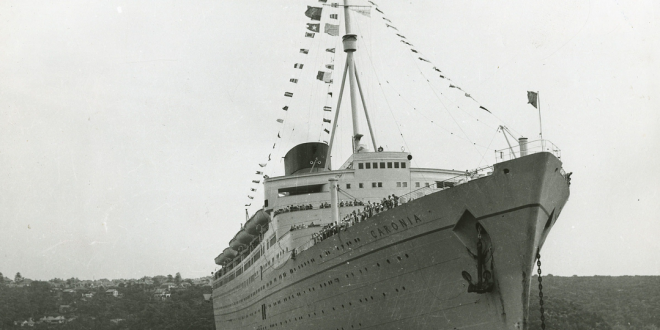 Photograph of the Cunard Line RMS CARONIA - 1950s World Cruise - in Sydney Harbour, Sydney Australia. Starboard view looking from the bow of the ship, the ship is dressed all over with flags, and people line the decks.

One of the most famous cruise-ships, the millionaires yacht, visits Sydney, Australia in 1951 on her annual world cruise.

One of the best social history travel history films.