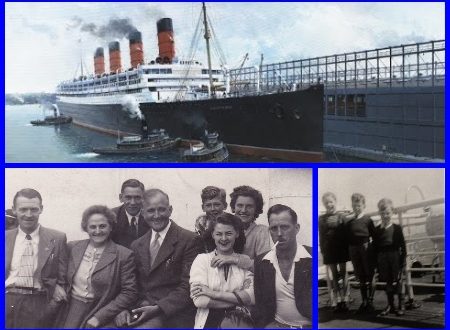 The RMS Aquitania was the longest serving Cunard liner built in the 20th century and to survive service in both World Wars. 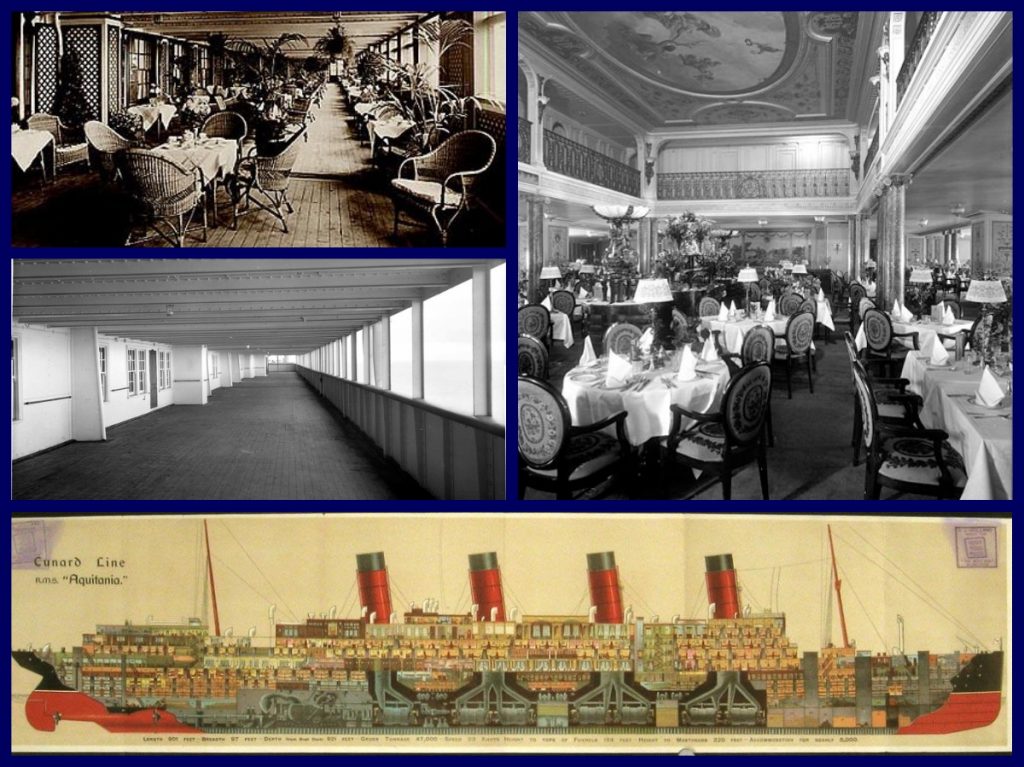 Originally the ship was planned to cooperate on the North Atlantic service alongside the Lusitania and Mauretania. 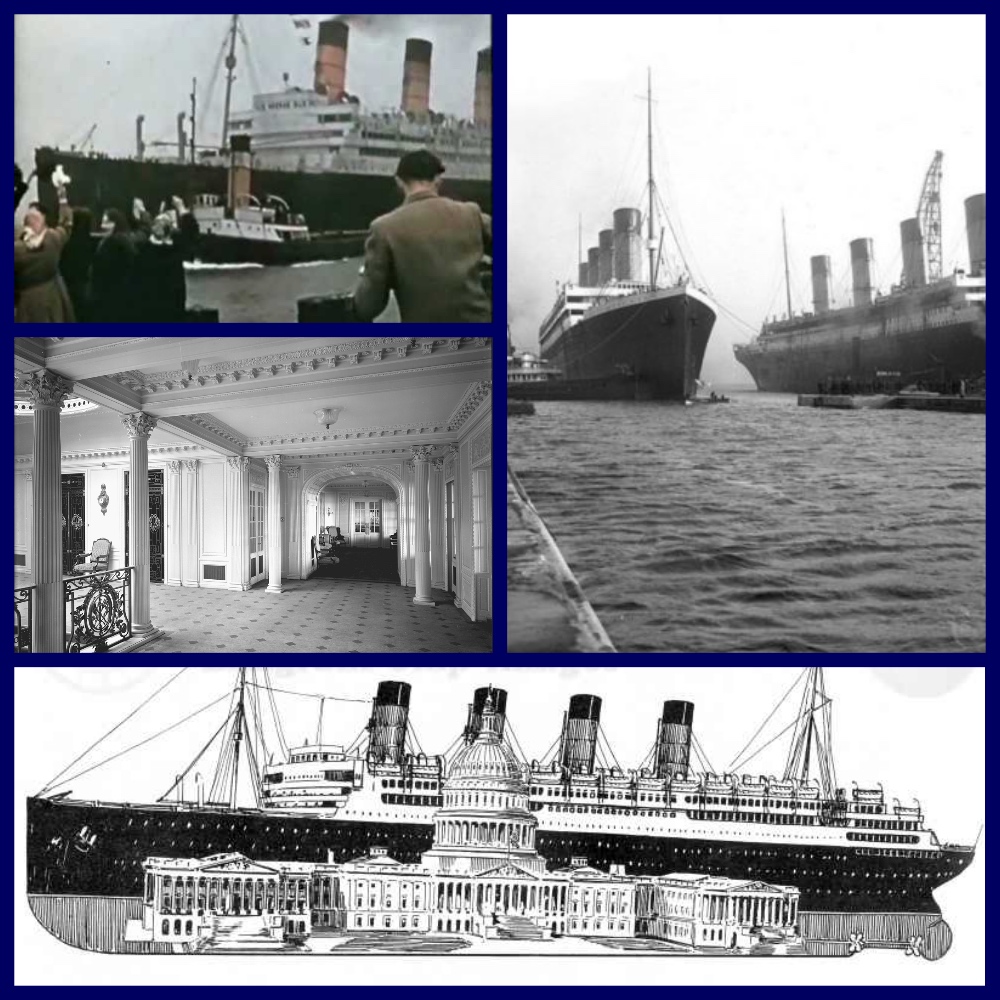 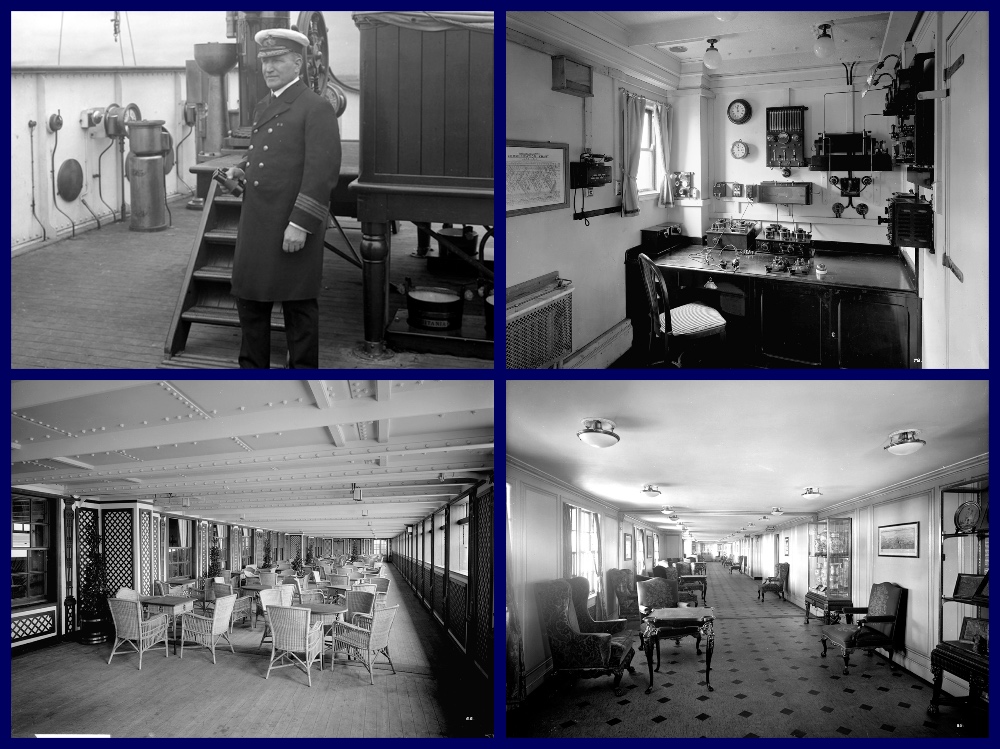 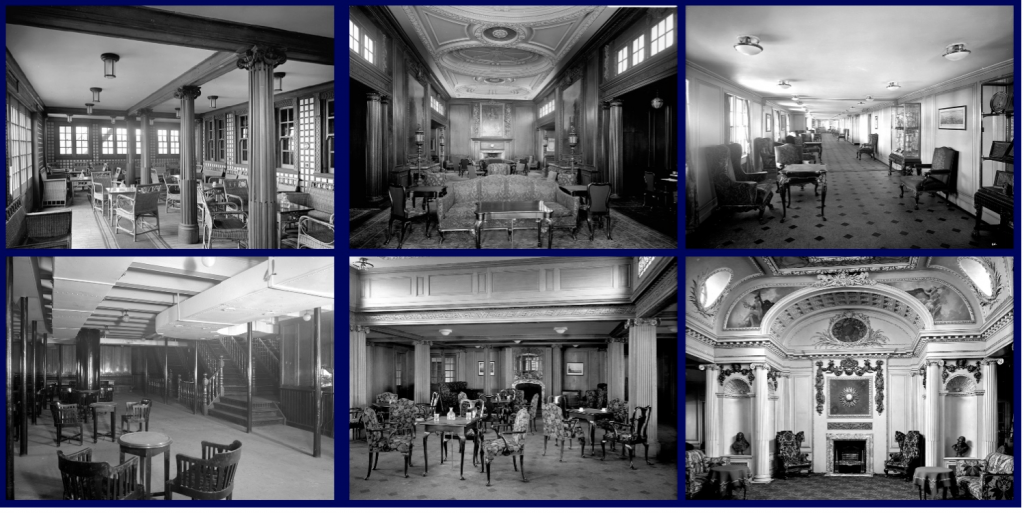 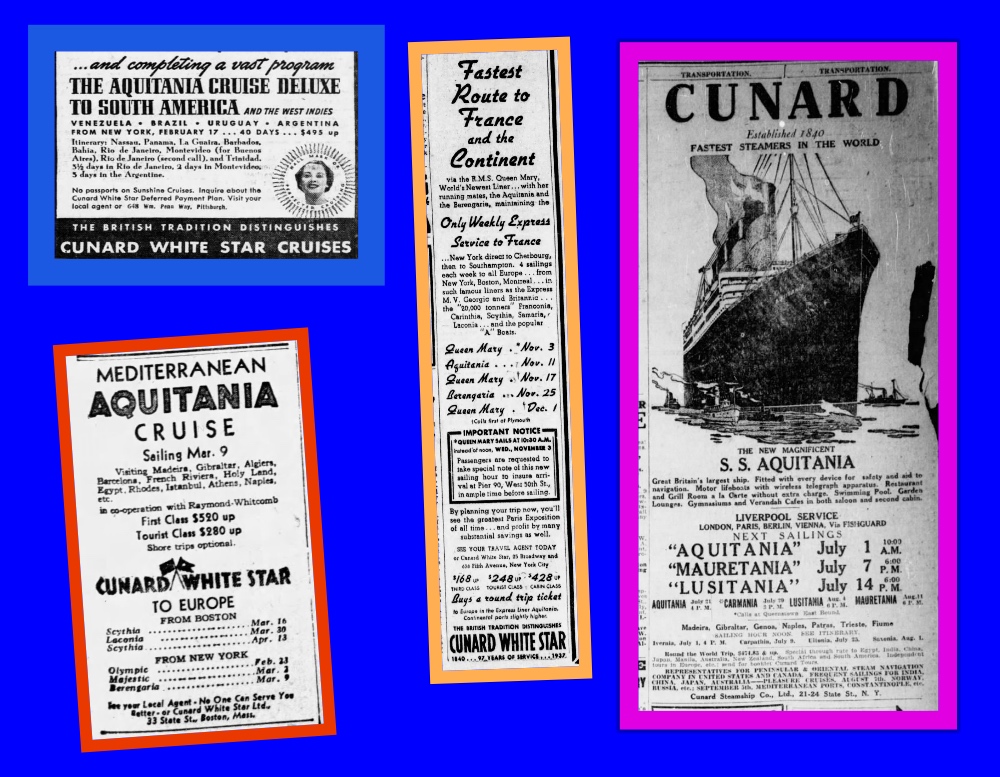 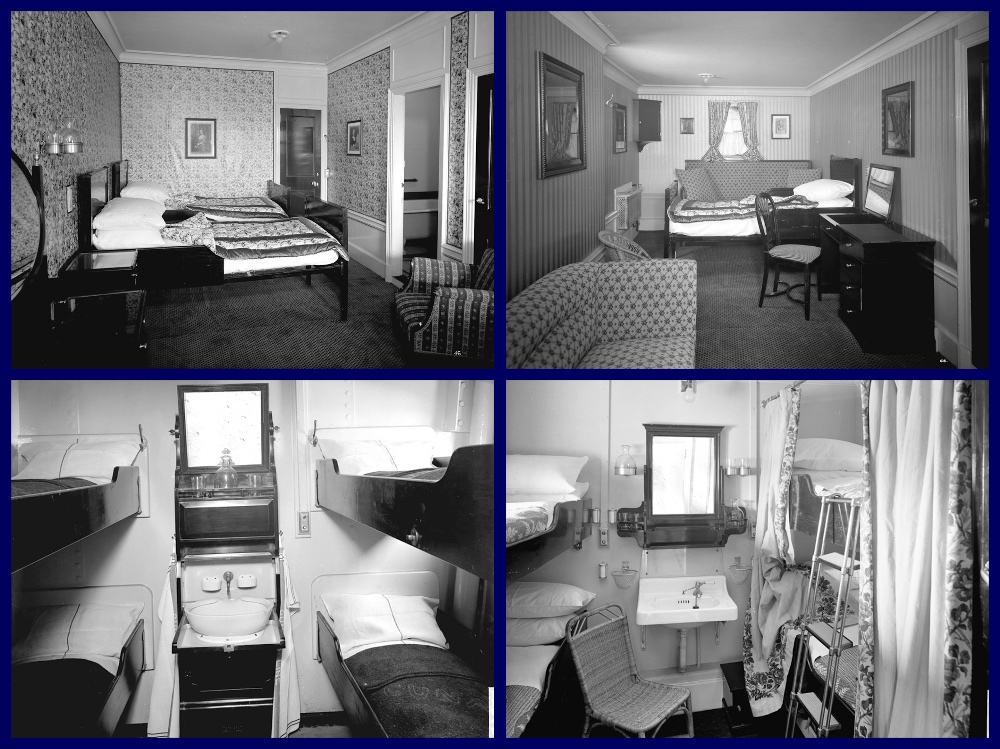 Aquitania left Liverpool on its maiden voyage on 30 May 1914, bound for New York. The tragic loss of the Empress of Ireland, and 1,000 of those on board, the day before overshadowed this event. 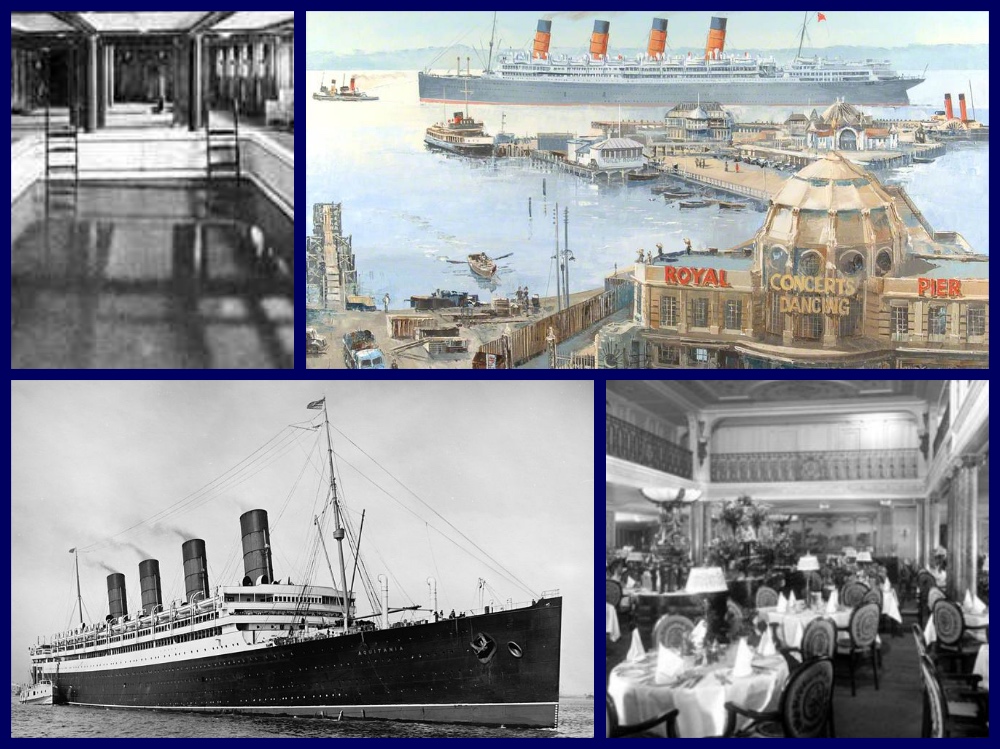 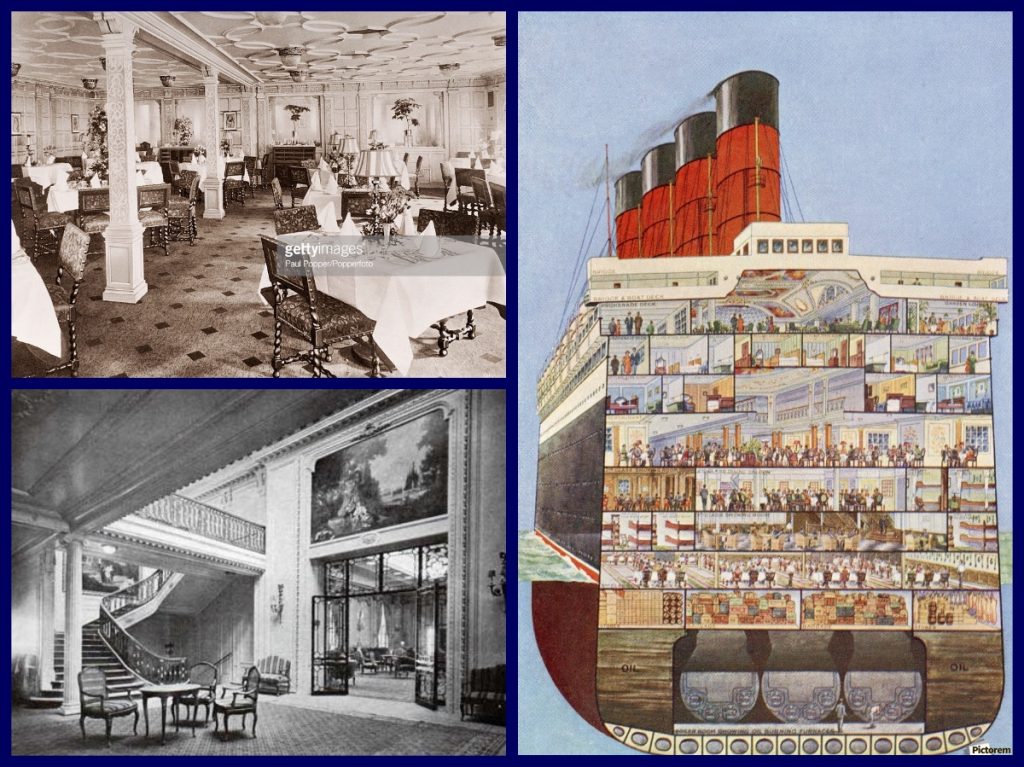 THE TWENTIES – TOURISTS AND FLAPPERS

From November 1919 until June 1920 the ship underwent an extensive refit at Armstrong Whitworth & Co on the Tyne. 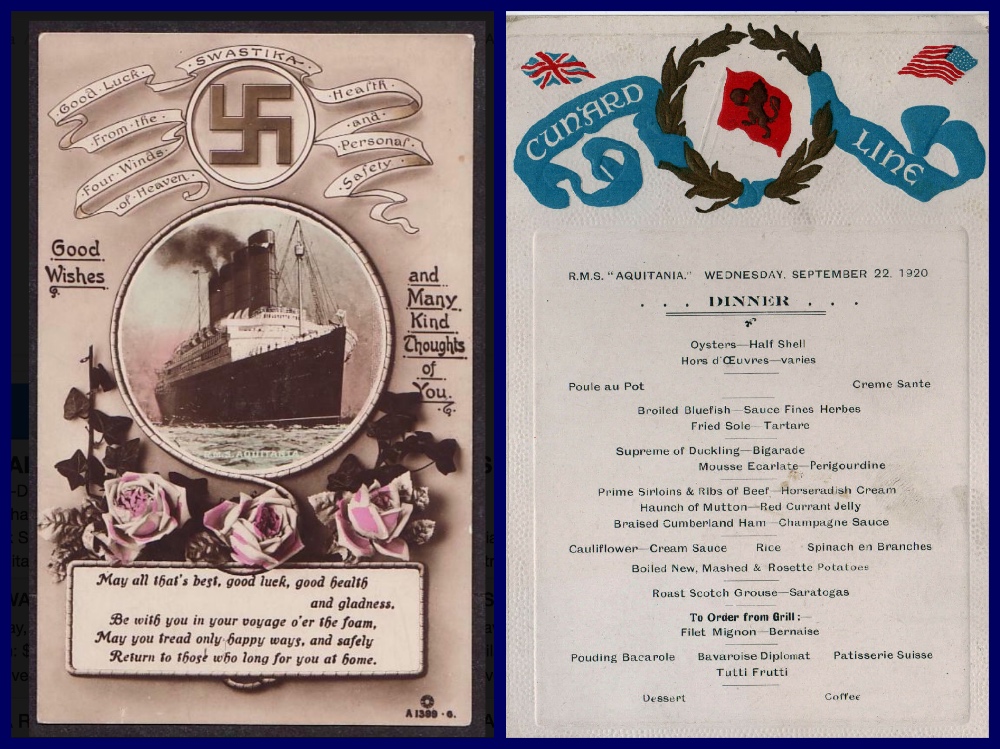 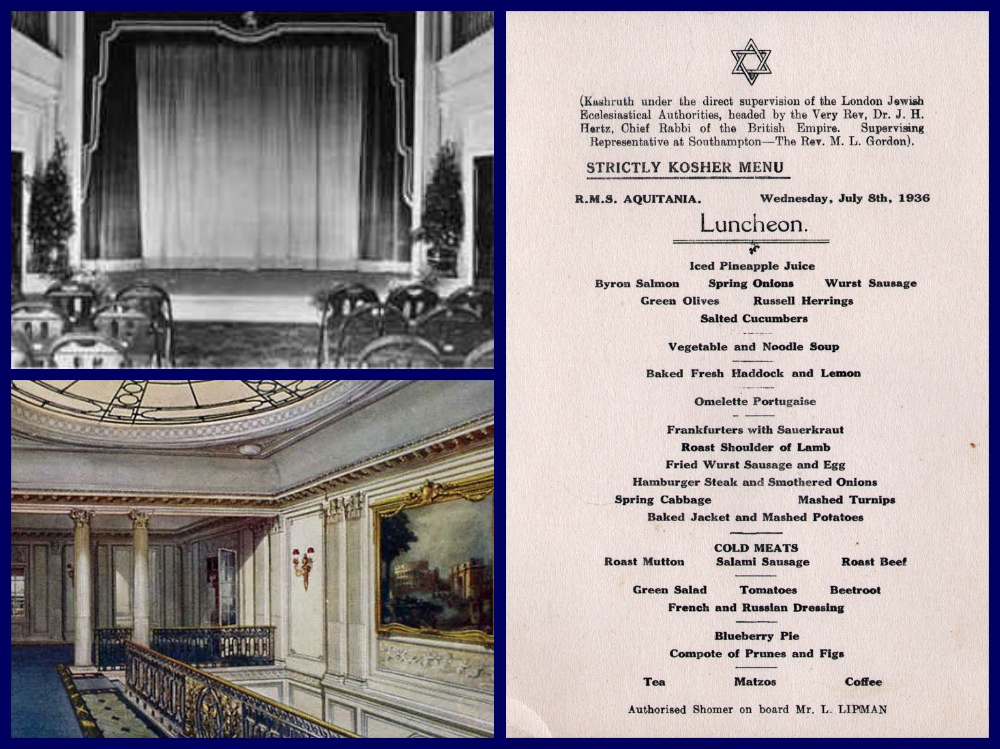 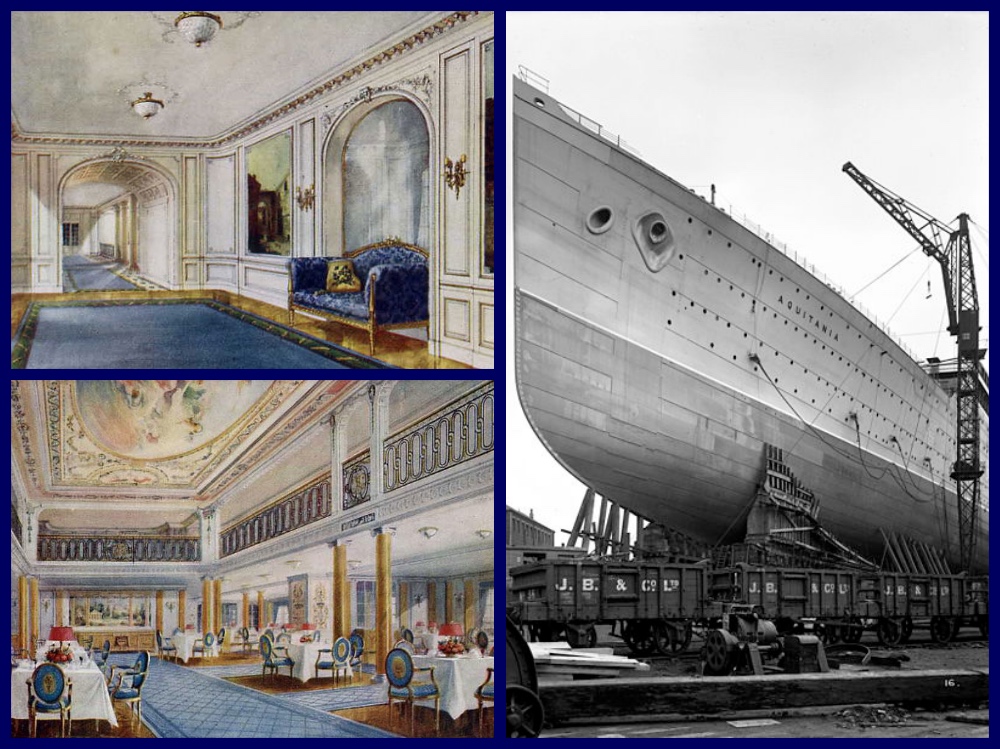 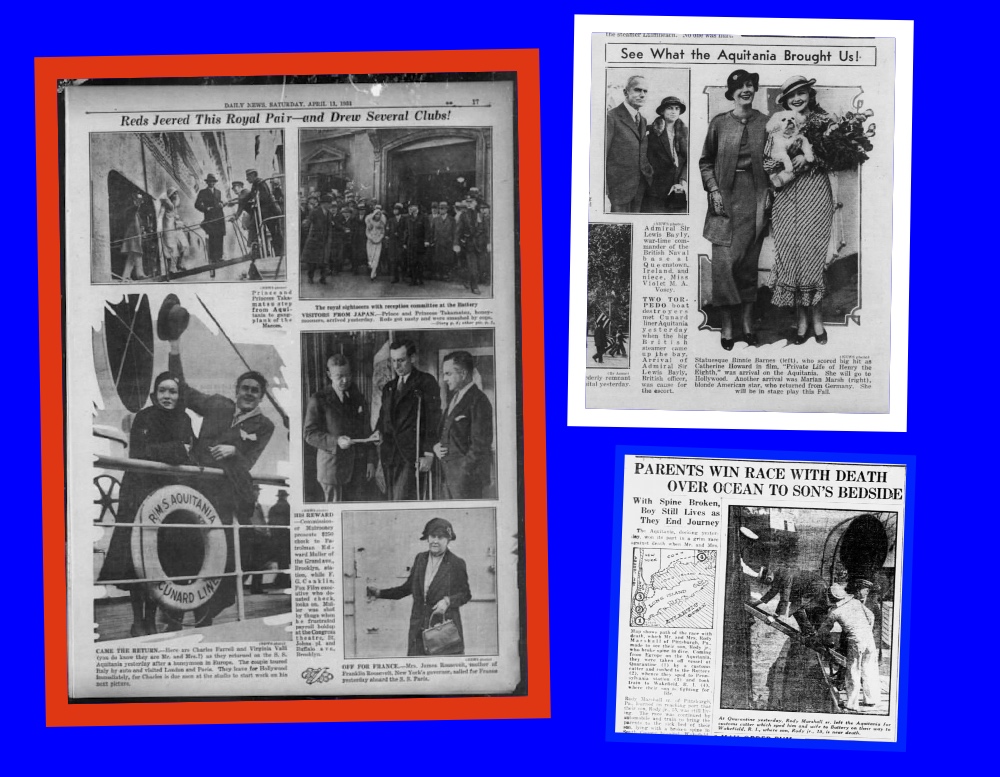 THE THIRTIES – ACROSS THE POND AND CRUISES

In 1932 the Aquitania was used as a cruise ship for the first time. It left New York on 3 February and sailed around the Mediterranean. 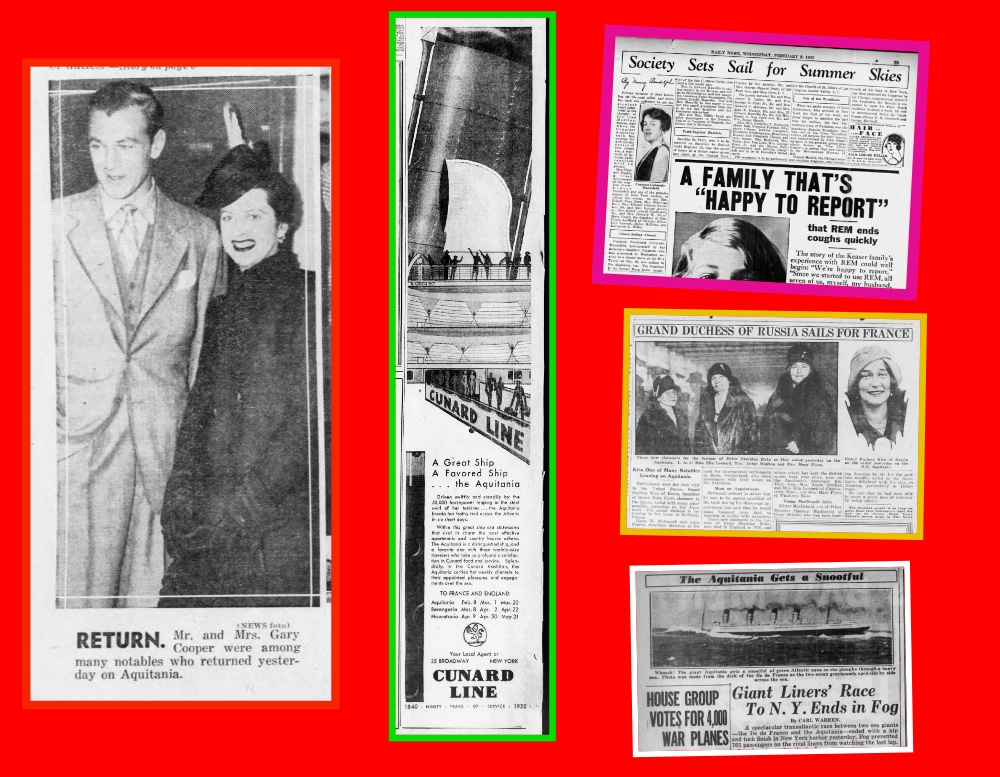 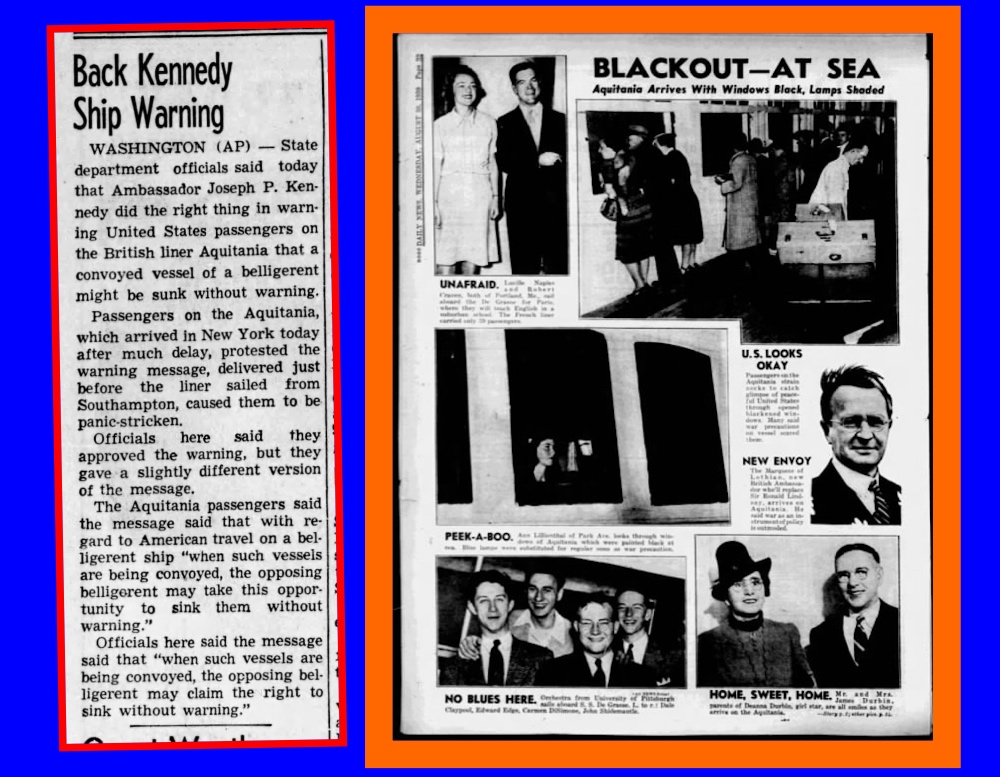 The Aquitania was then requisitioned as a troop transport on 21 November 1939. At first, it was used to transport Canadian troops. During 1940 it underwent a refit in America and was defensively armed with six-inch guns. 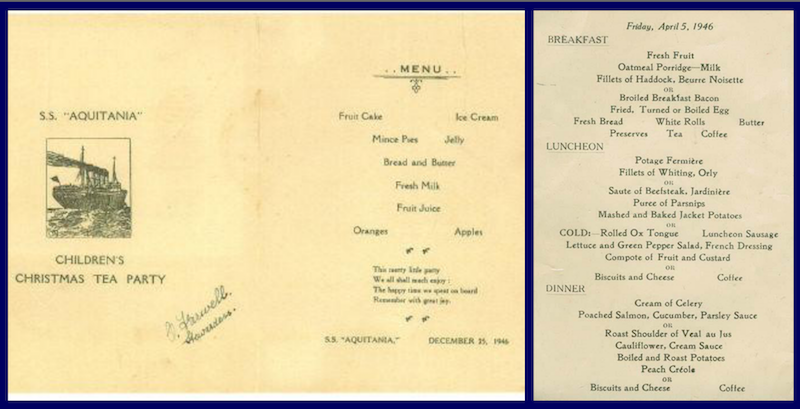 On April 1, 1948, it was released by the Ministry of Transport and returned to Cunard. It operated between Europe and Canada. 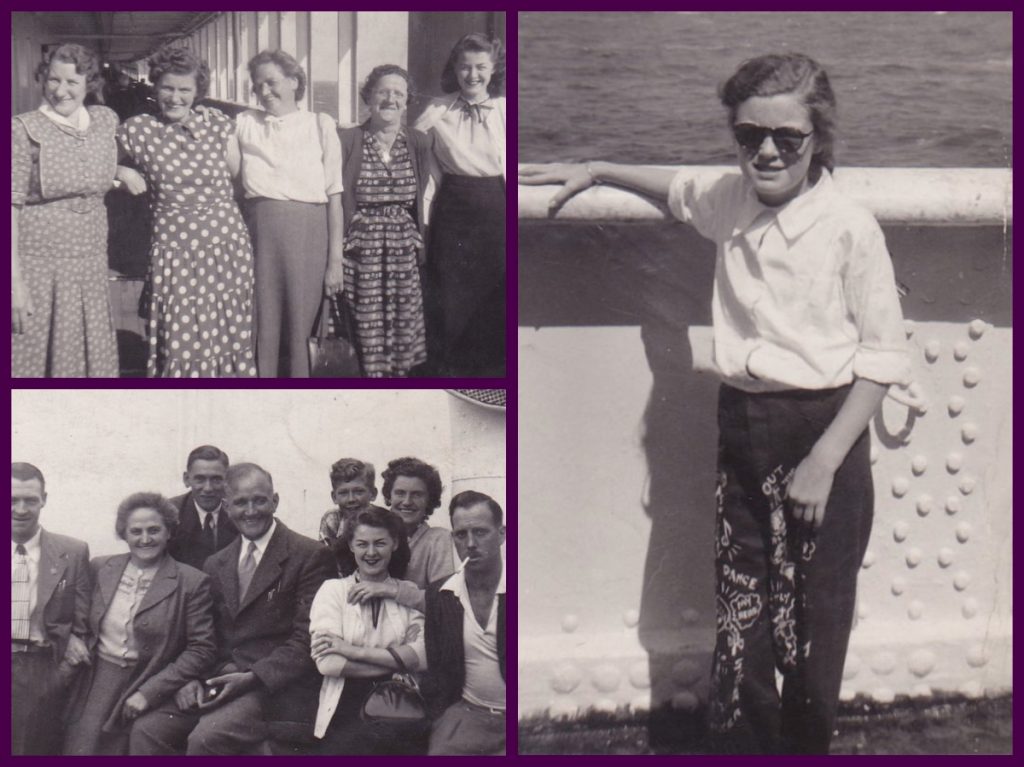 Carrying passengers along with war brides and immigrants. 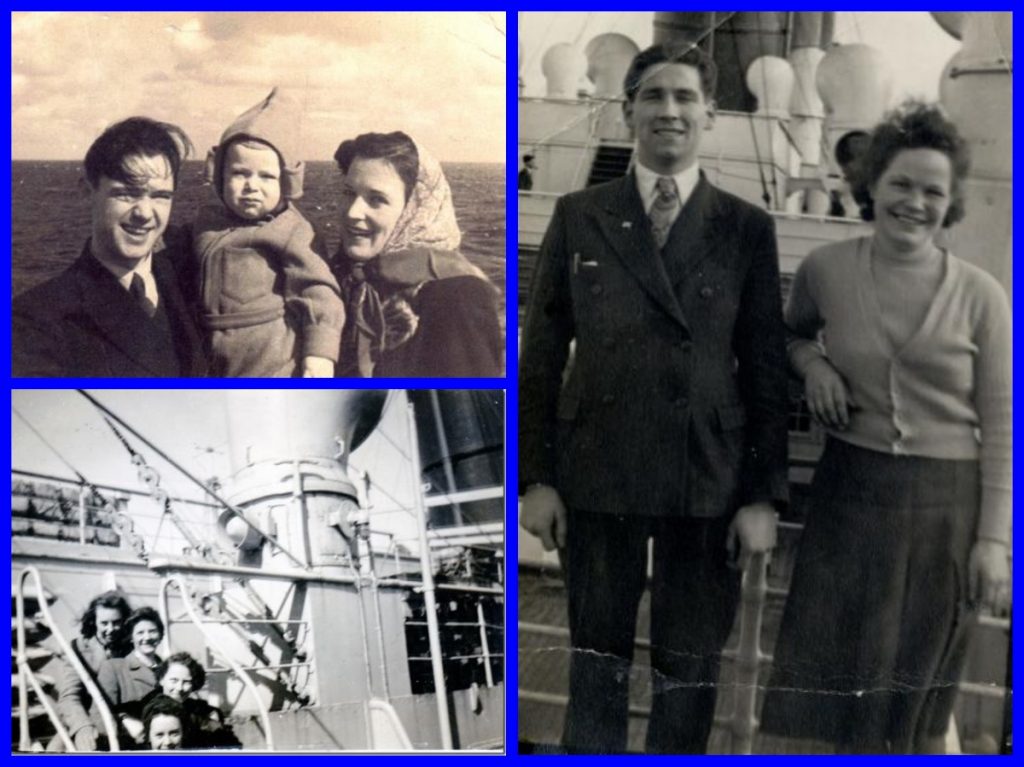 In 1949 the Aquitania would be withdrawn from service. In 1950 the ship sailed to Scotland where she was broken up.