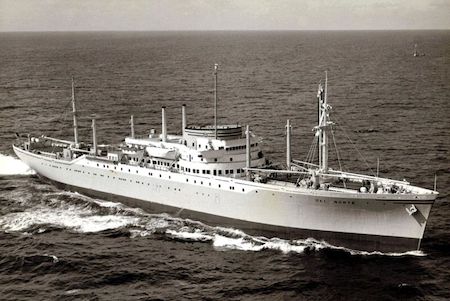 The Delta Line was cruising to South America from New Orleans in the 1950s. 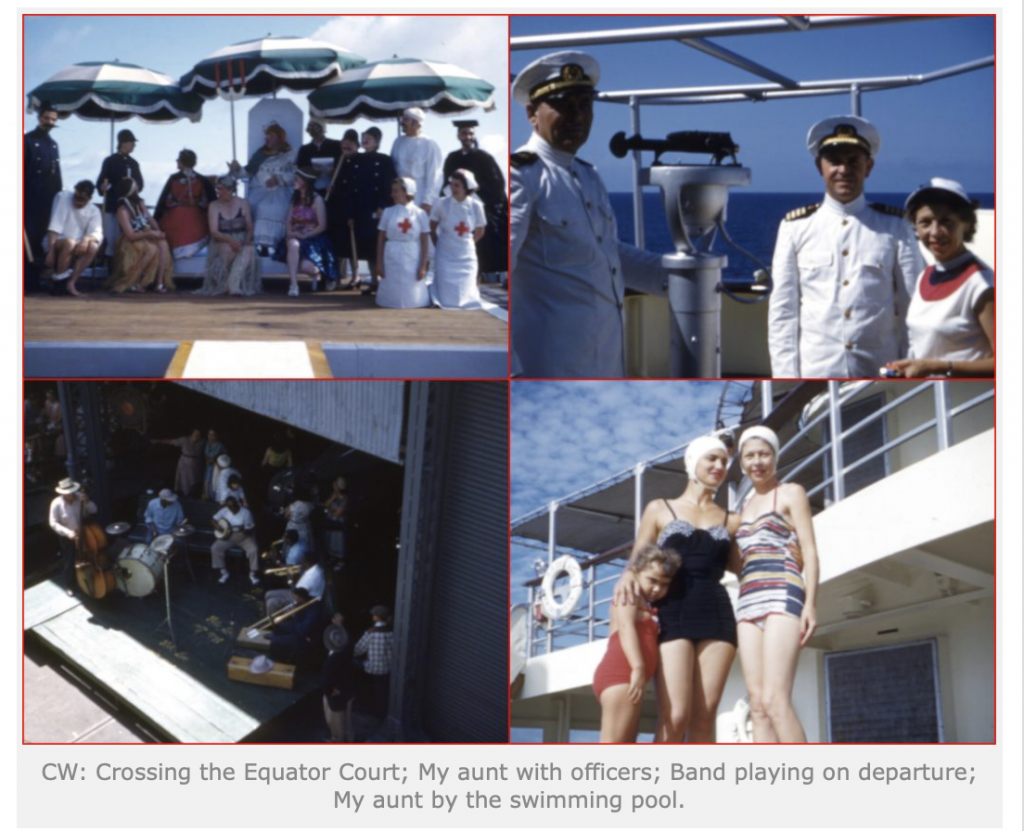 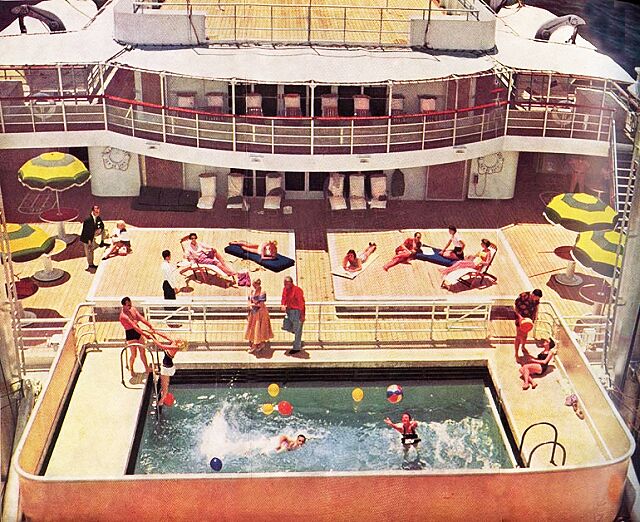 The ships, built at the Ingalls Shipyard, Pascagoula, Mississippi, were fitted with D.R. geared turbines giving a 17-knot service speed. 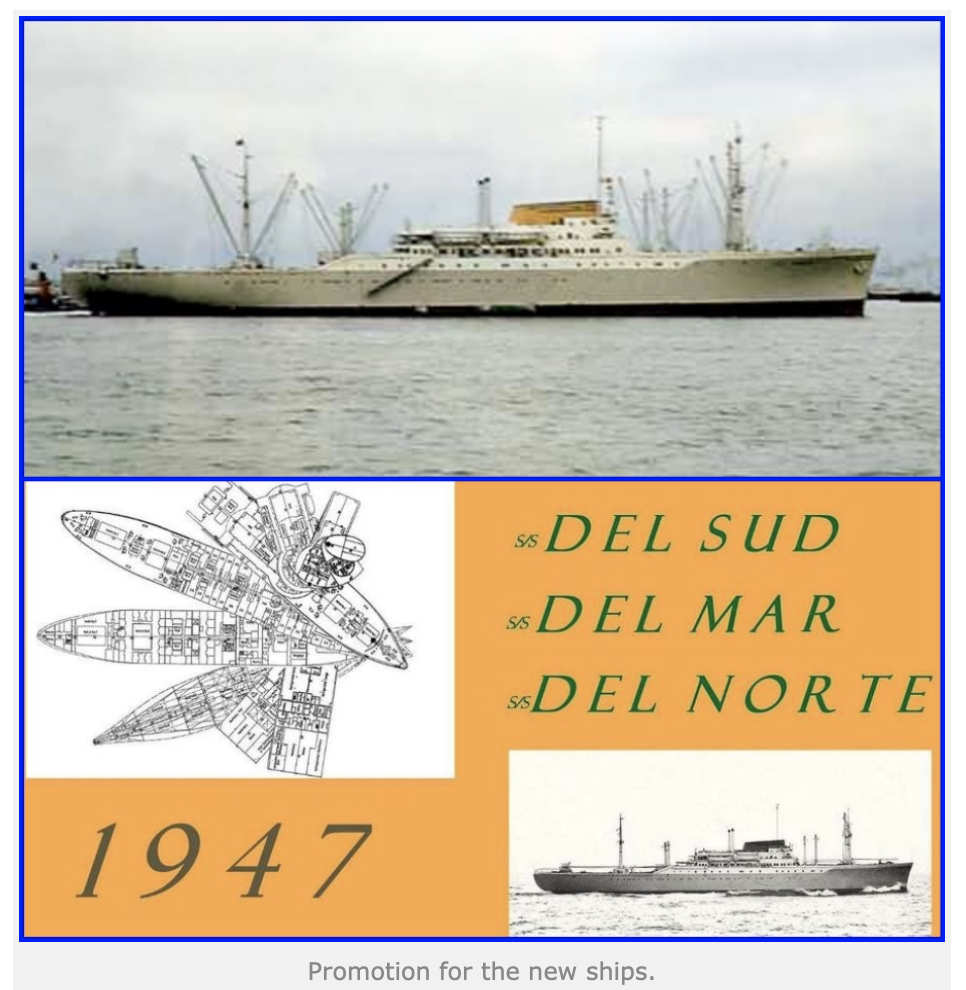 An innovation for the time was complete air-conditioning throughout the accommodation areas for passengers, officers, and crew.

A new day’s morning at sea could be started with a stroll along the glass enclosed Promenade deck, a visit to the ship’s library – or breakfast in bed.

The latter “institution” was served with a full view of the sea sliding by outside through semi-square “windows” which had replaced the traditional round porthole in many cabins.

Mid-morning coffee was served in the main lounge, a room decorated with murals of “old” New Orleans.

Glass partitions separated the various public rooms, yet, at the same time, created an open spaciousness associated with much larger ships.

Days were lazy and relaxed with games available on the sports deck or a long siesta in one of the comfortable lounge chairs awaiting passengers out of the wind’s way on the aft deck.

Evenings had their beginnings in the ship’s dining room, and they were continued in the Grand Lounge while the band played – or on warm, tropical evenings at poolside.

On deck, a dominant feature of the new ships was the huge funnel – actually a dummy built of aluminum.

Inside this structure were two decks of officer’s quarters, the main radio room and an emergency generator. The artist’s conceptions for the ship’s interiors… 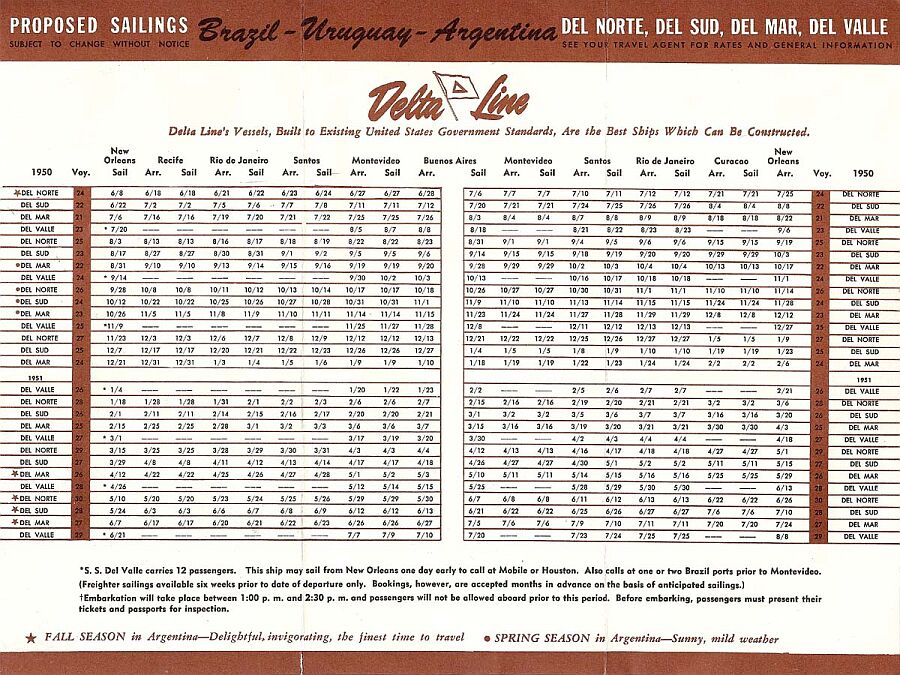 The ship might then precede top Bridgetown, Curacao of La Guaira before pushing out into the Atlantic for the long run around the eastern bulge of Brazil. 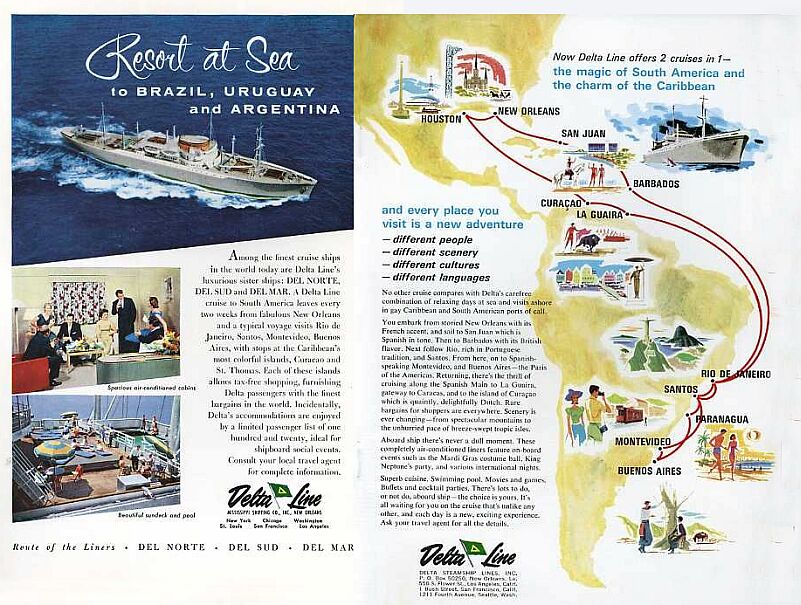 After 12 days at sea, the vessel would glide by the majestic prominence of “Sugarloaf” and slip into the beautiful bay of Rio de Janeiro. 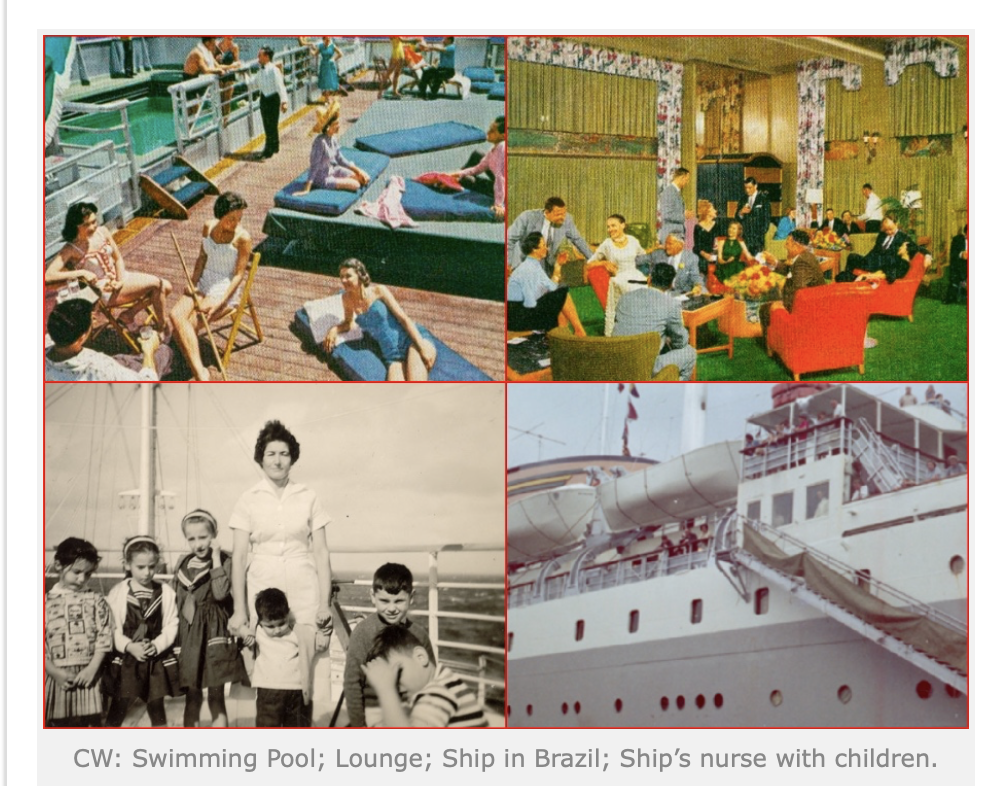 It was the world’s leading coffee loading port, and American consumption of the aromatic bean had made Delta the globe’s largest coffee carrier – so much so in fact that Delta ships were known as the “Coffee Fleet.”

The southbound stop at Santos, however, was limited. Montevideo, Paranagua, and Buenos Aires had to be satisfied before coffee could be loaded for the northward voyage. 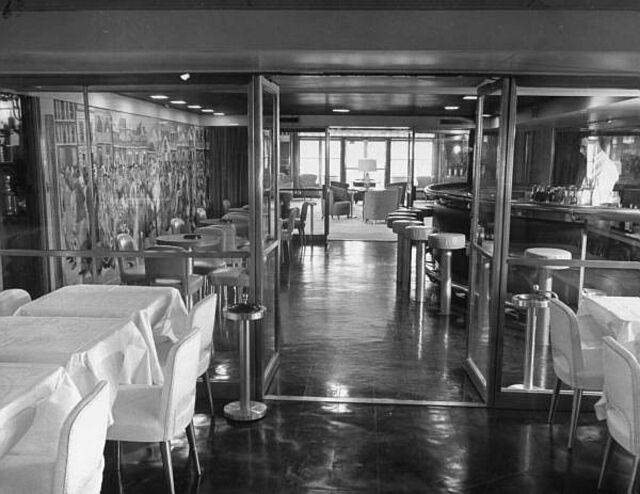 Most appreciated was the air-conditioning, particularly after reaching some of the South American ports, but also enjoyed was the swimming pool situated aft of the main superstructure on each liner. 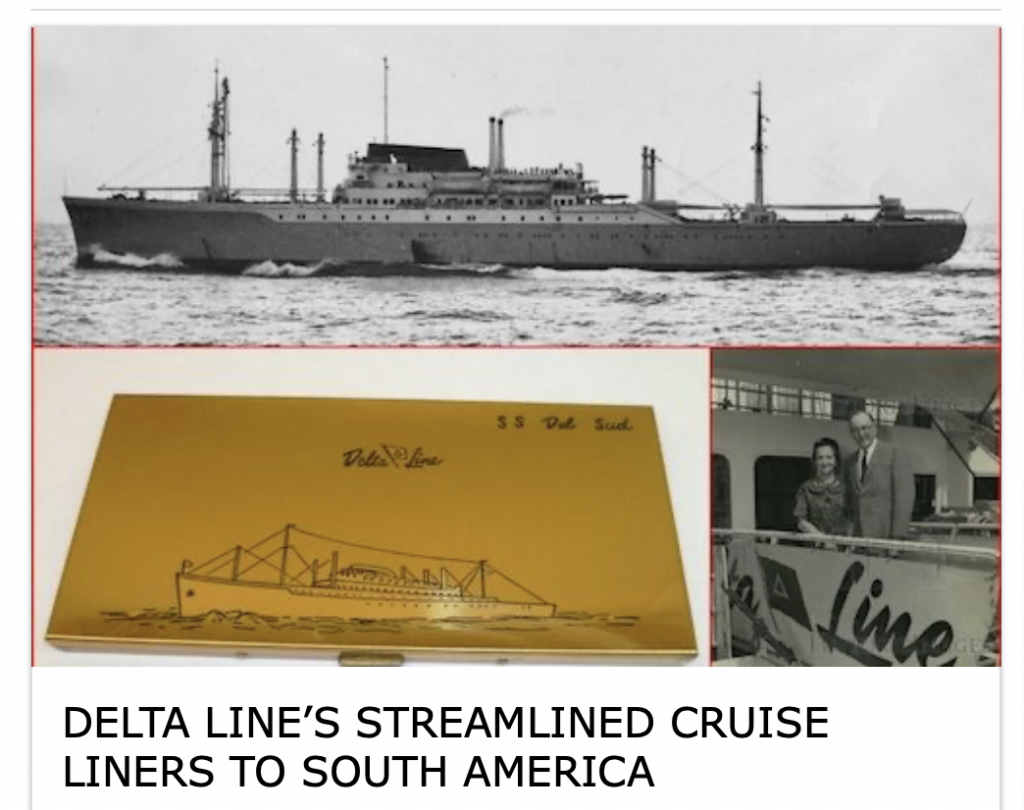