LATEST
Home > ALL POSTS > Cruising There Is Half The Fun… 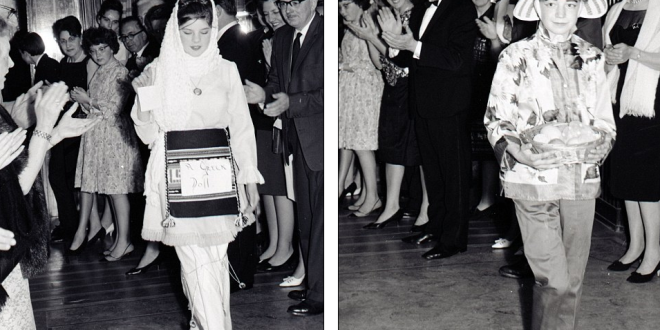 Cruising There Is Half The Fun…

Enjoy this 8mm color footage of a true shipgeek’s trip across the Atlantic in 1952, from Southampton to New York. Notice how his (or her!) camera lingers lovingly over the cargo cranes and tugboats during the sail away from Southampton. Then notice the rough seas with safety ropes strung everywhere for the passengers. This one clocks in at just over 11 minutes… but it’s worth it! Music is all by the Meyer Davis Orchestra. First up “Goodnight Medley” from the album “Everybody Dance!” followed by “Ridin’ High Medley” from “Dancing With the Smart Set,” and finally “Great Day Medley” also from “Everybody Dance!” First Class Lounge on board Cunard Line in the 1920s…

As the ships got larger and faster, the point of cruising no longer was just about reaching a location – it focused on the journey.

Other companies, such as Hamburg-America Line, started to send passengers on tours in 1891.

One of the first was a Mediterranean trip for 241 guests, covering destinations such as Alexandria, Beirut and Constantinople. Cunard broke many records, with Mauretania and Lusitania being the first ships, in 1907, to have cabins with running water.

Not only could guests enjoy parties and fine dining, but they also could exercise on board a ship for the first time in 1911, when Cunard’s Franconia installed a sundeck and gymnasium.

The company achieved the fastest crossing of the Atlantic in 1924 when the Mauretania completed its journey in a record five days, one hour and 49 minutes.

On board entertainment over the years has come in the form of everything from race nights with wooden horses to Cunard’s famous balloon dance.

This colourful affair was held on every Cunard voyage from the 1920s to the early 1960s.

From the rich to the renowned, the fleet has welcomed the most illustrious members of society on board, and has a guest book which includes everyone from Queen Elizabeth II to Liz Taylor to Beyonce.

The cruise liner had made history in 1840 when its Britannia ship successfully set sail from Liverpool, arriving in Halifax, Nova Scotia, Canada, 14 days later.

In honor of the anniversary, Cunard recreated its iconic transatlantic crossing, with its Queen Mary 2 setting off on the same voyage in July.