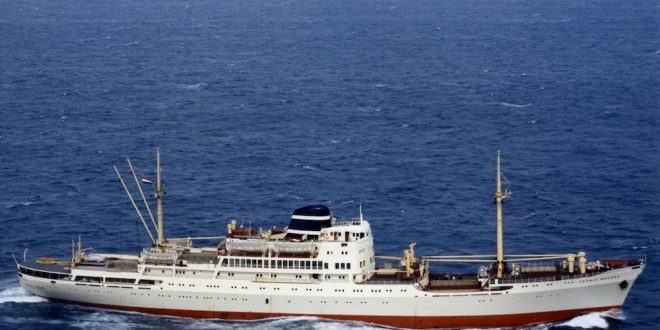 Aerial view of the handsome Dutch passenger cargo liner ORANJE NASSAU, one of two sisters built in 1957 to the order of KNSM and used on North Europe to the Caribbean regular service until about 1972. 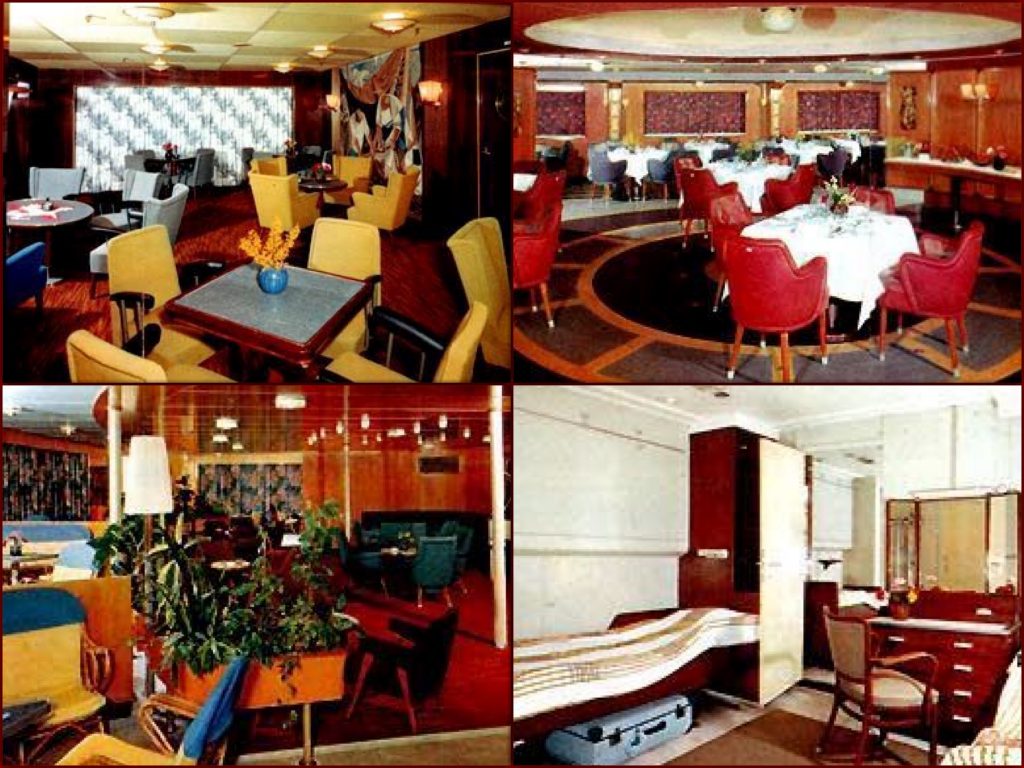 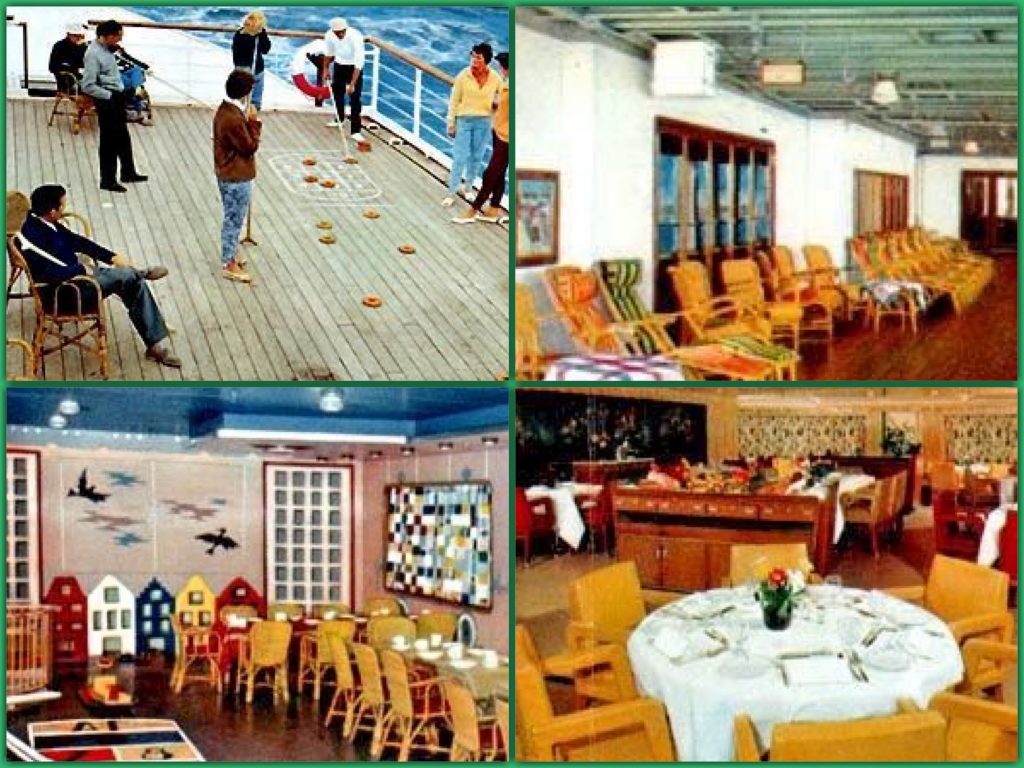 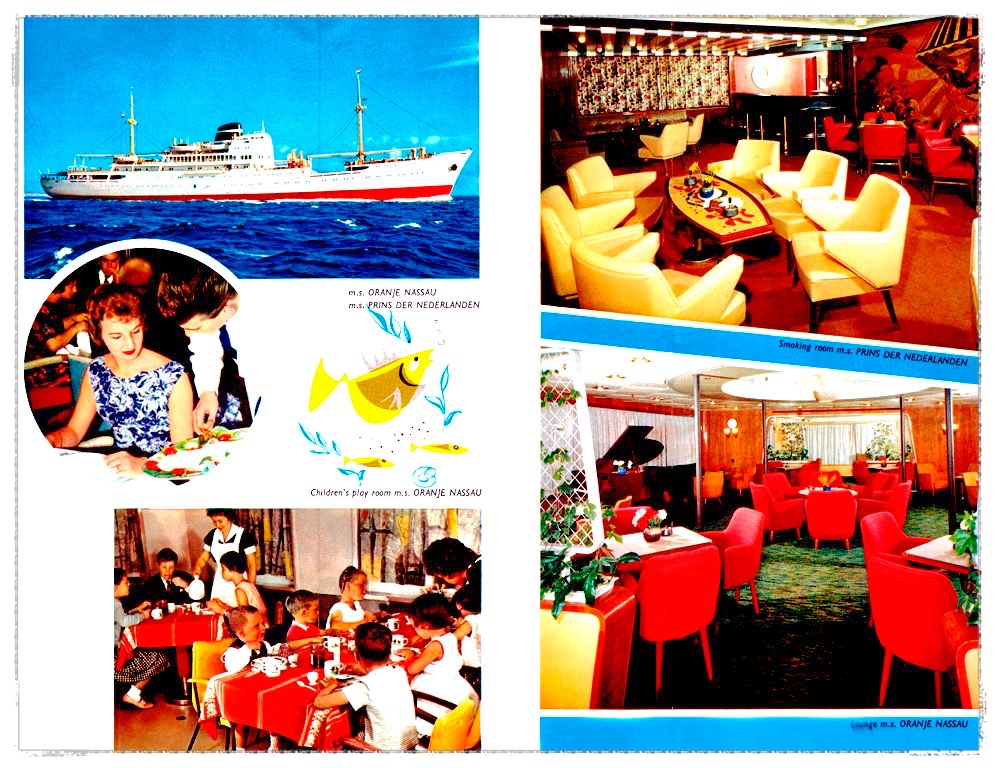 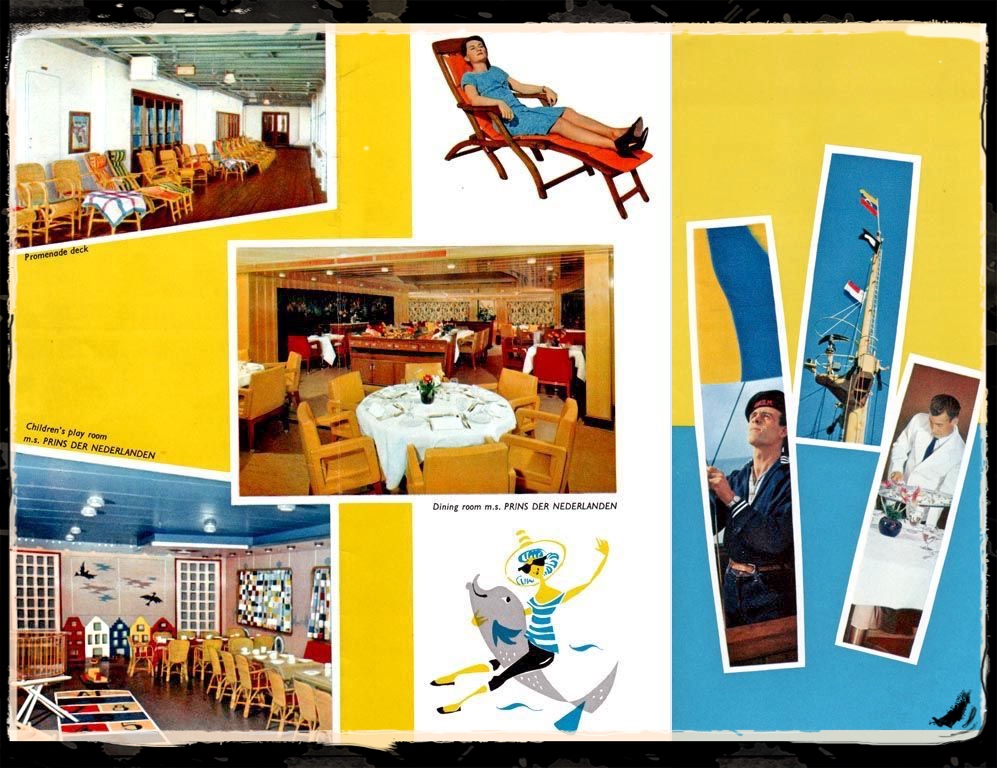 Deluxe accommodations onboard the small liners. 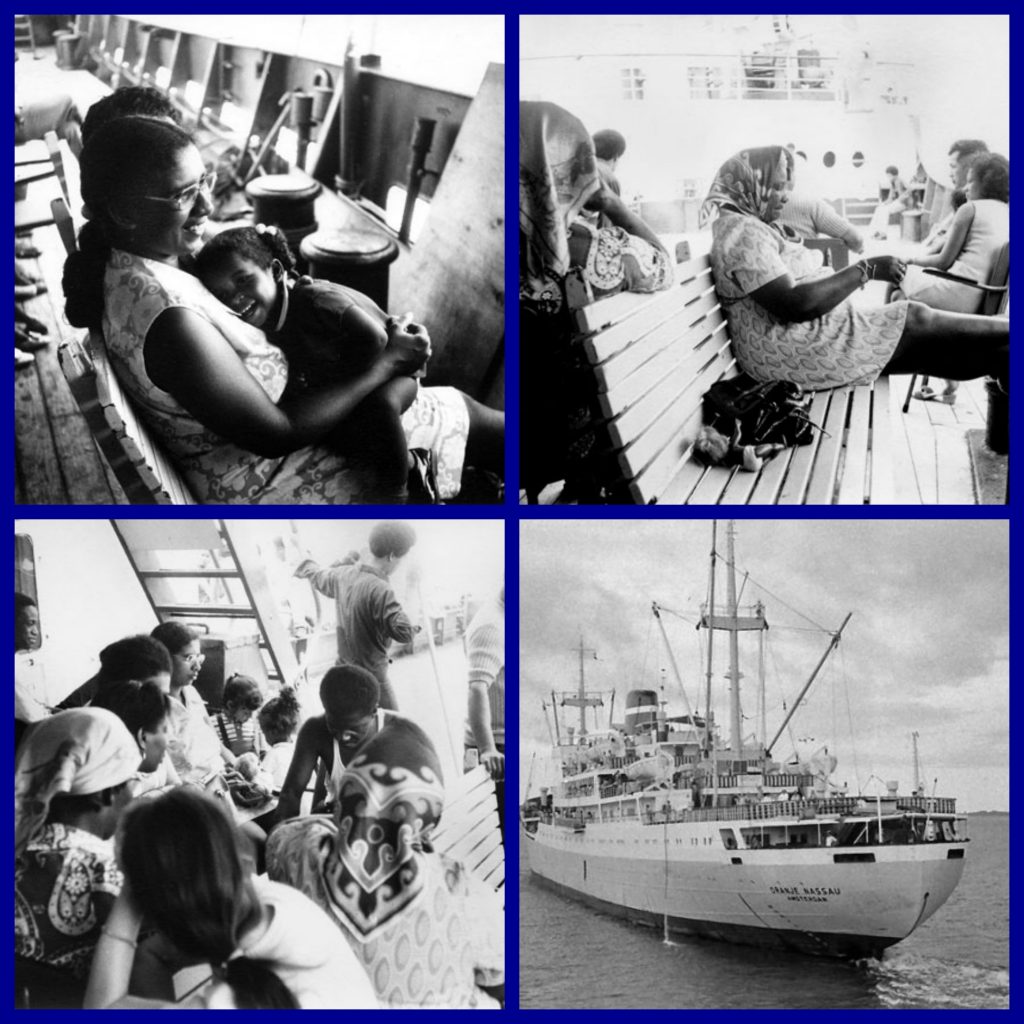 Accommodation or Deck Passengers who travelled between the Caribbean Islands. 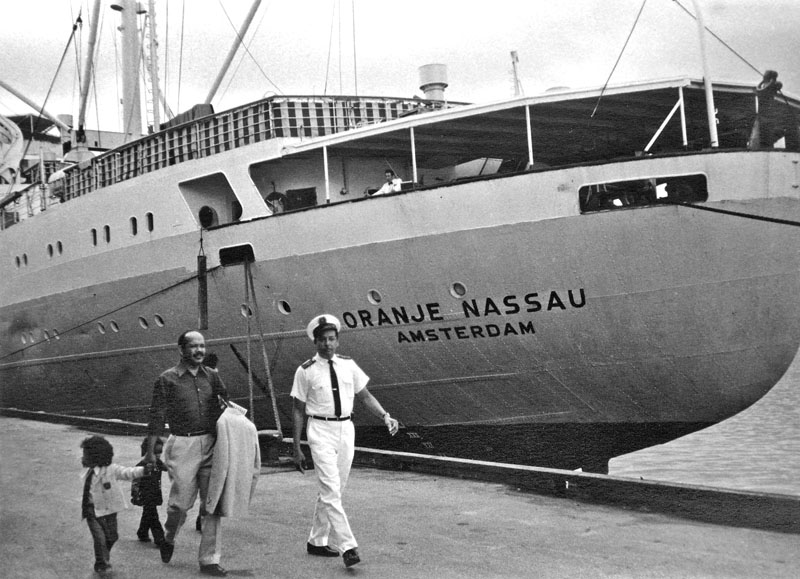