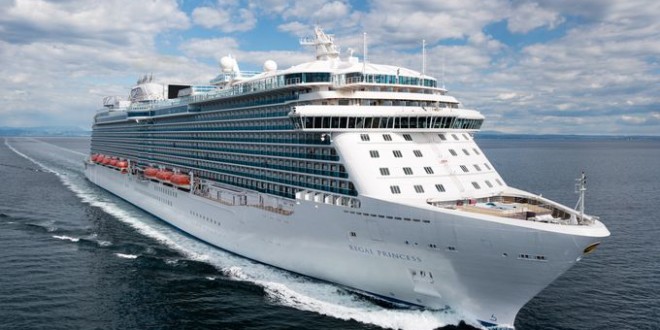 The Atrium on the Regal Princess. When Royal Princess debuted, passengers complained that two staples on the lines’ other ships were lacking: the aft pool and the promenade deck. In response, Princess made changes to get versions of those on Regal Princess, with some success. The aft pool is a solid, though small, addition to Regal Princess, but the promenade still misses the mark. It doesn’t wrap the ship like a true promenade; instead, it comprises two outdoor decks — one portside, the other starboard side — that are only accessible by cutting through the ship.

One item Princess didn’t fix, unfortunately, is the weird staircase midship, which mysteriously ends at Deck 7. If you want to get up to higher decks from that location, you’ll have to take an elevator. Walkers must go forward or aft and take the stairs there.

A highlight onboard is the food, which we enjoyed in most venues. The buffet is one of the best at sea, with many options for international palates, and the for-fee restaurants — specifically Sabatini’s and Crown Grill — are reasonably priced and feel truly special. Still, those who don’t want to pay have enough options that they won’t feel slighted. Conversely, those who want to splurge on the Chef’s Table and the Wine Maker’s dinner will likely feel as if it was money well spent.

While Princess fans will recognize the things they love about the line onboard Regal Princess, this class of ships represents a major evolution for the line. Careful thought has clearly been given to many of its public spaces, restaurants and activities, resulting in an overall vibe that’s relaxing and fun — exactly what you want a vacation to be. A major problem for Princess Cruises are Consumer Reports. They are very negative – click here for results…