LATEST
Home > ALL POSTS > Cruise the Past: SP’s famous DAYLIGHT in the movies. 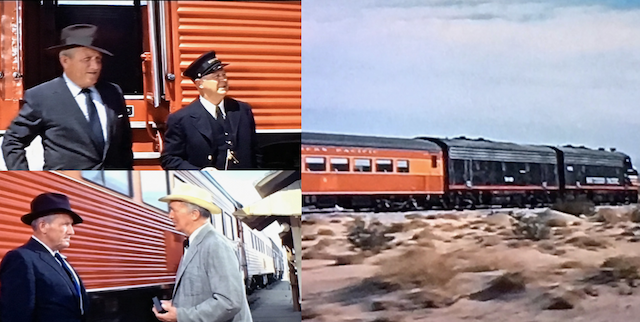 Cruise the Past: SP’s famous DAYLIGHT in the movies.

Oscar-winning Bad Day at Black Rock was the first MGM film to be shot in Cinemascope. 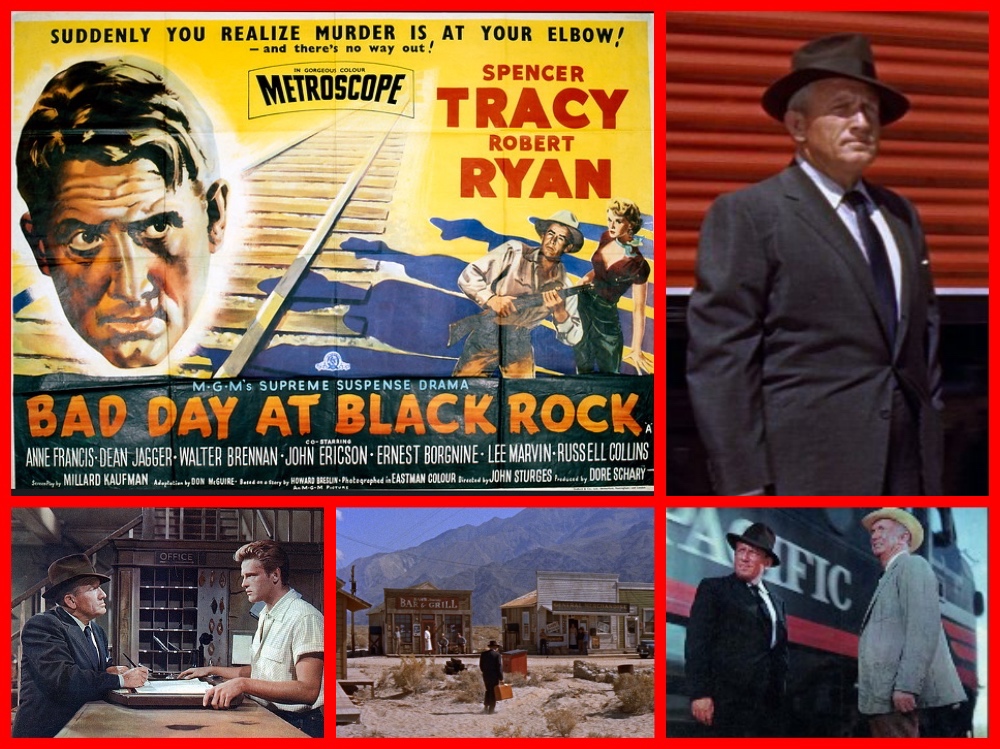 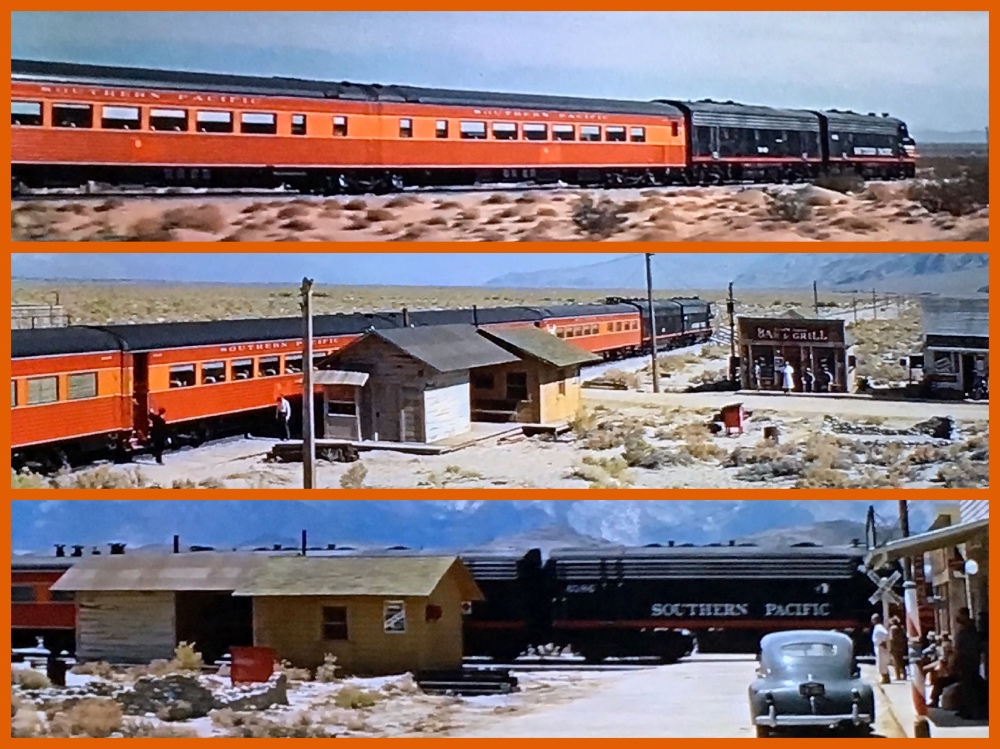 Released in 1955, the movie was filmed in California. A town was built on location at Lone Pine California, one of the most used backgrounds for Westerns and other pictures throughout film history. 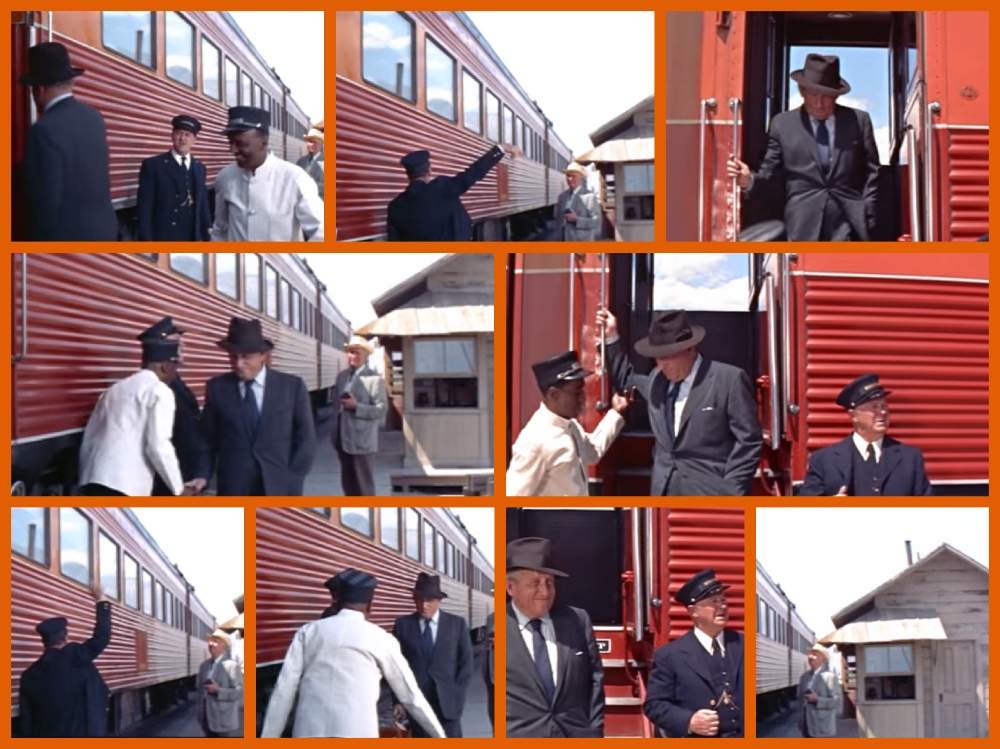 The area, at the foot of Mount Whitney on the eastern slope of the Sierra Nevadas, was deemed suitable for its remoteness and the fact that it had an unused stretch of track that once connected it to Los Angeles; this was a must for the opening and closing sequences featuring the arrival and departure of the Streamliner. The storyline was from 1945 and was set near Mt. Whitney in the Sierra Nevadas. 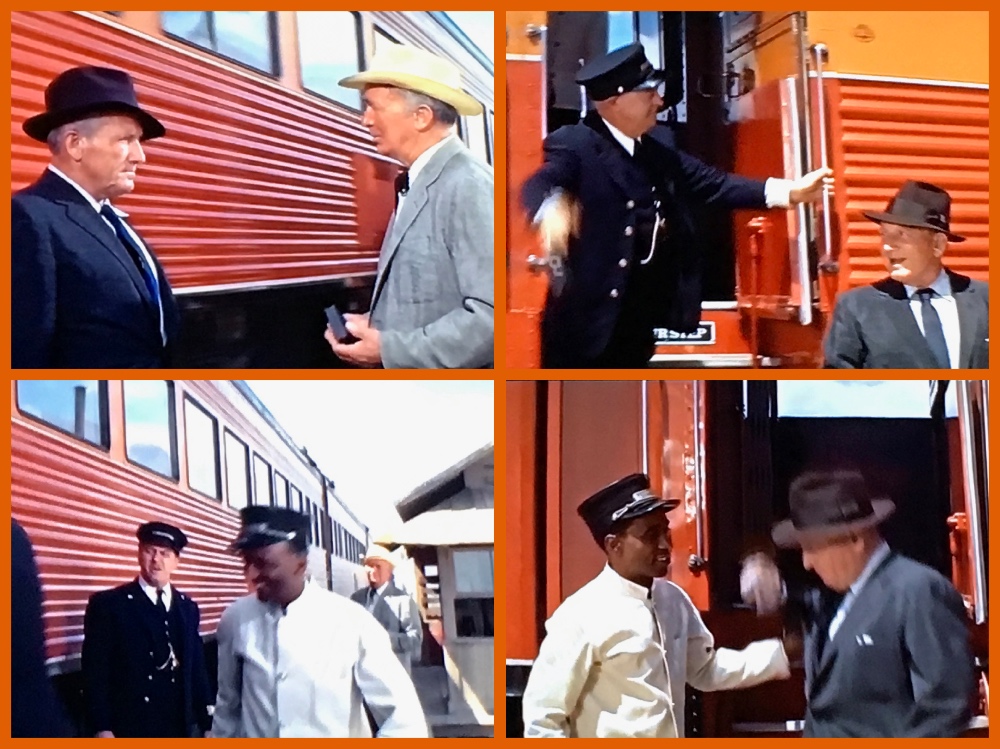 In the stunning opening closing sequences, a Southern Pacific train is used. Six chair cars and an observation car make up the spectacular train. The train is in the famed daylight colors. A chartered Daylight. A modern diesel engine is used in SP’s colors used for freight trains pulls the streamliner. 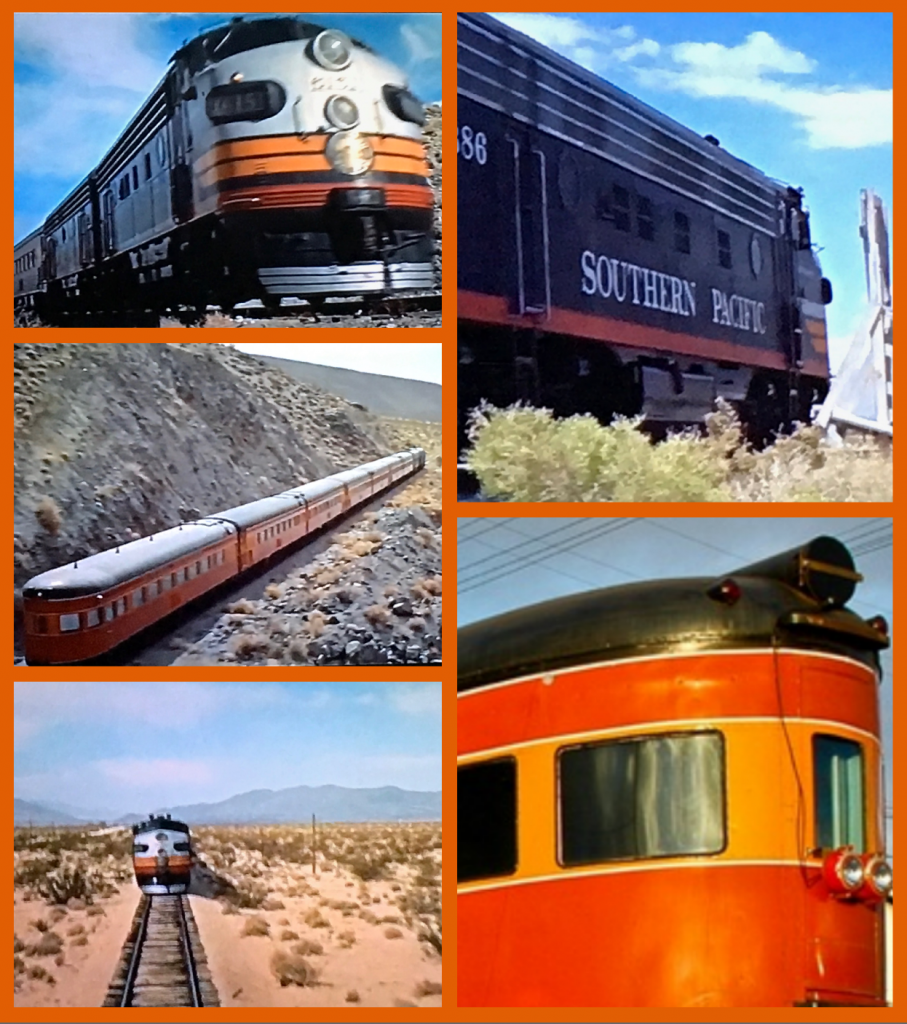 Southern Pacific railway agreed to run the train to Lone Pine for $5,500 and the cost of 265 round-trip passenger tickets.

This powerfully tense, fast-paced suspense drama also yields a grim social message about racial prejudice. Spencer Tracy is John J. MacReedy, a one-armed stranger who comes to the tiny town of Black Rock one hot summer day in 1945, the first time the train has stopped there in years. He looks for both a hotel room and a local Japanese farmer named Komoko, but his inquiries are greeted at first with open hostility, then with blunt threats and harassment, and finally with escalating violence. MacReedy soon realizes that he will not be allowed to leave Black Rock; town boss Reno Smith (Robert Ryan), who had Komoko killed because of his hatred of the Japanese, has also marked MacReedy for death. MacReedy must battle town thugs, a treacherous local woman (Anne Francis), and finally Smith himself to stay alive. The entire cast is flawless, especially Ernest Borgnine and Lee Marvin as the mean-spirited town bullies, and the relentlessly paced action never eclipses the film’s sobering themes.

Bad Day  at Black Rock is available on Amazon Prime