LATEST
Home > 1920s > Cruise the Past: Overnight Steamboats from San Francisco to Sacramento 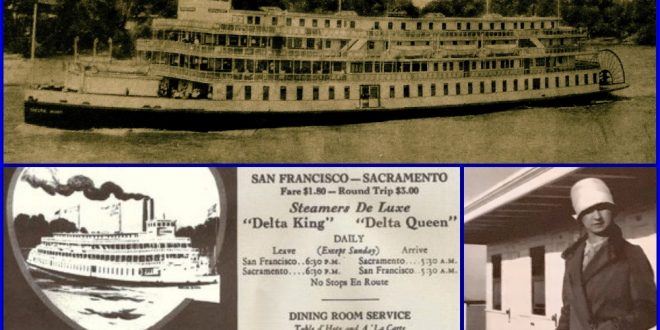 Cruise the Past: Overnight Steamboats from San Francisco to Sacramento 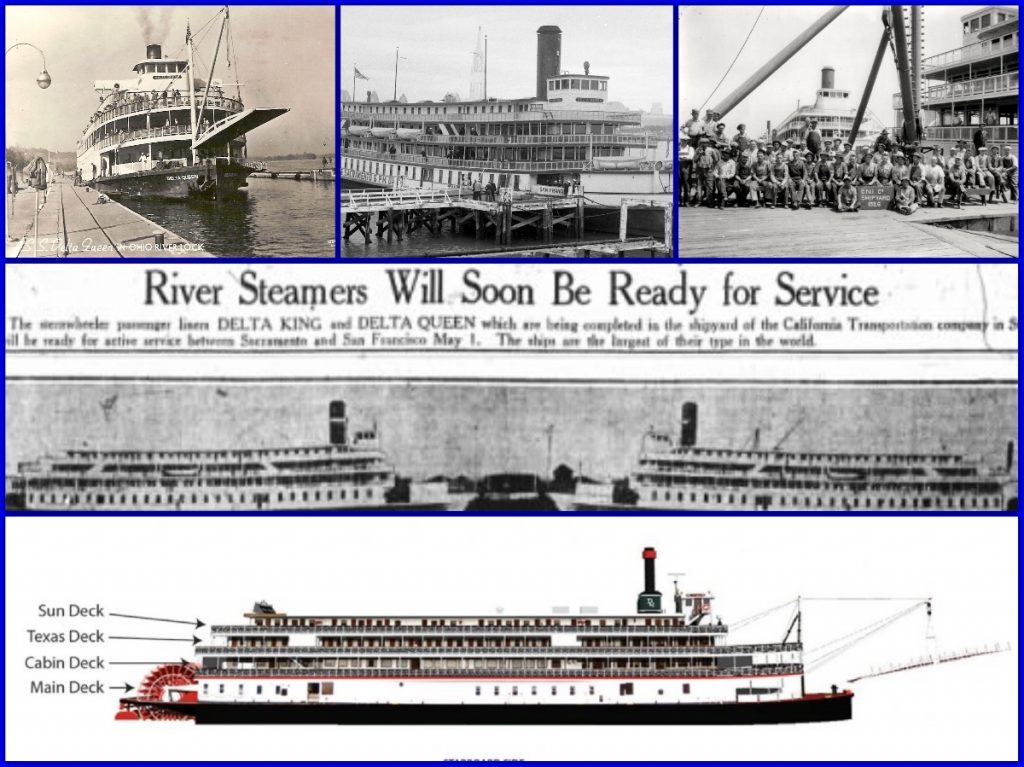 The Delta Queen and Delta King ready for service in 1927 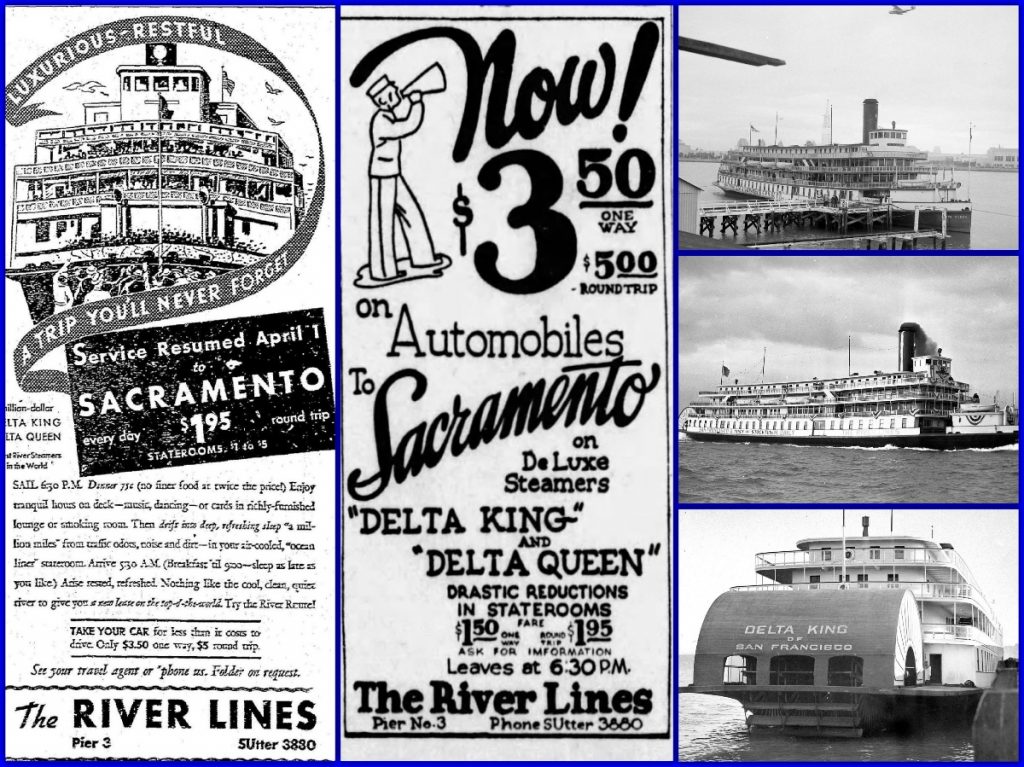 Selling the new riverboats and views of the Delta steamers on the bay and river.

Built at the cost of $1,000,000 each, they were considered the most handsome ships of their kind in the world. 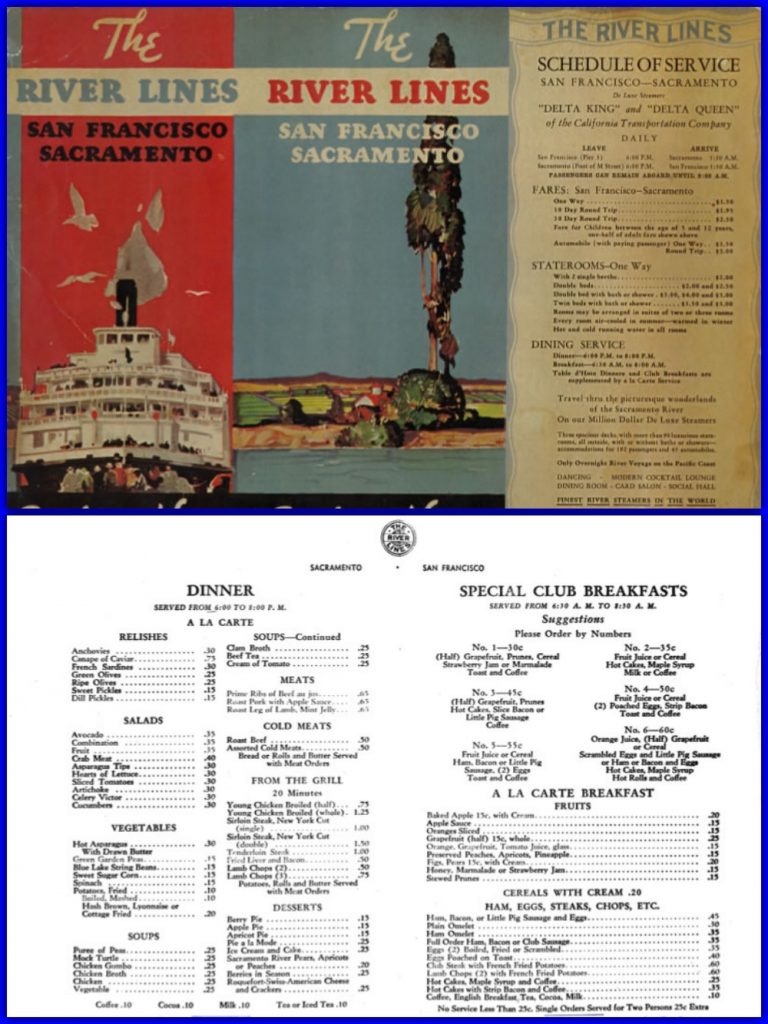 Brochure on The River Lines steamers and Dining Room Menu. 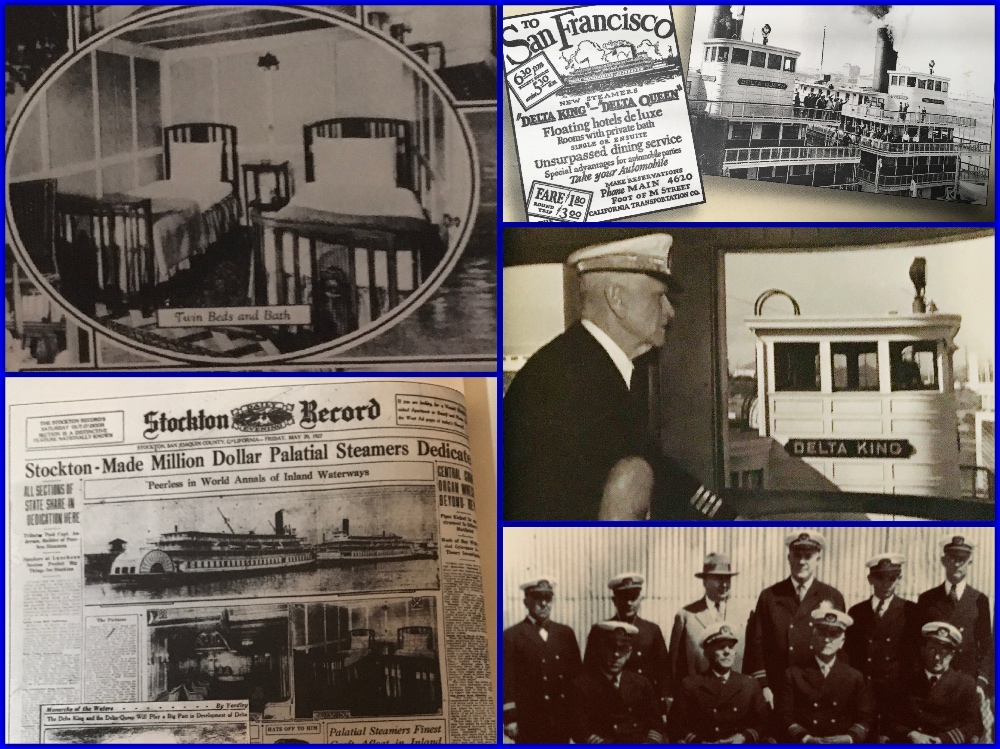 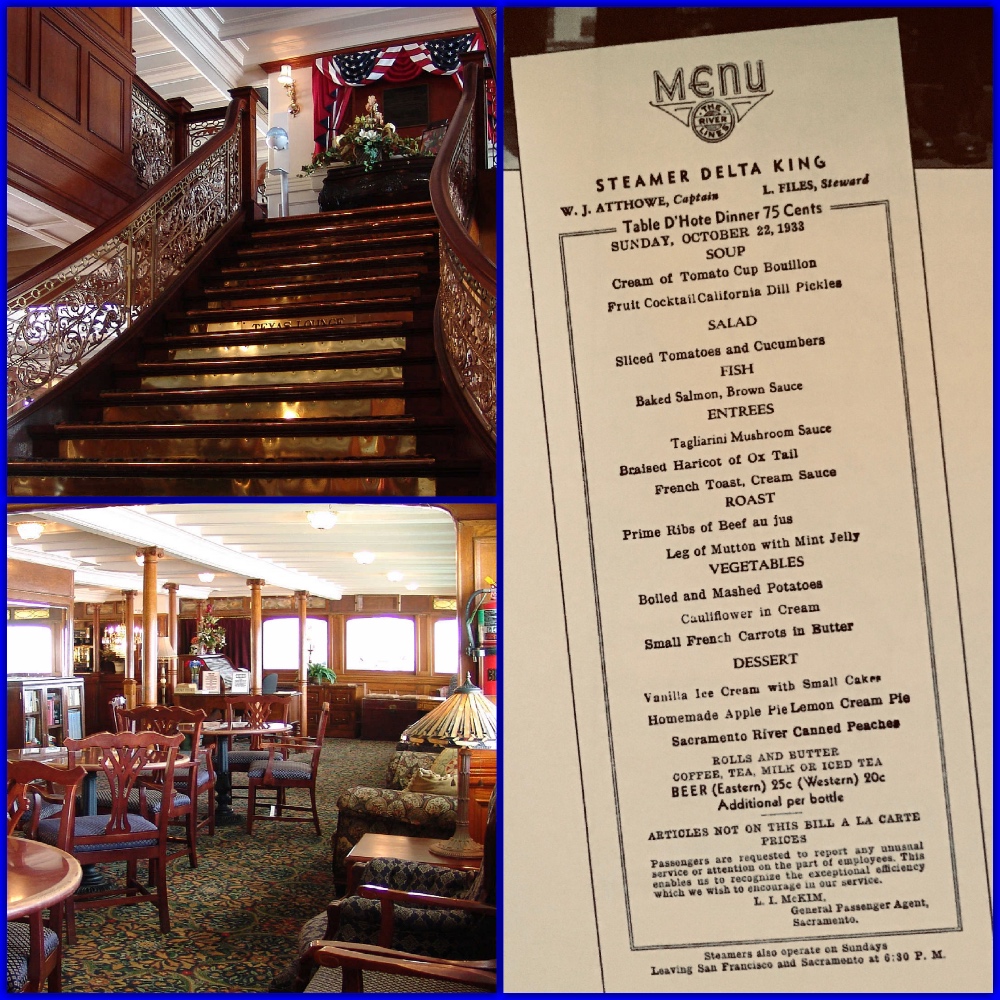 The main staircase, Lounge, and Menu.

SAILING EVERY NIGHT FROM SAN FRANCISCO AND SACRAMENTO 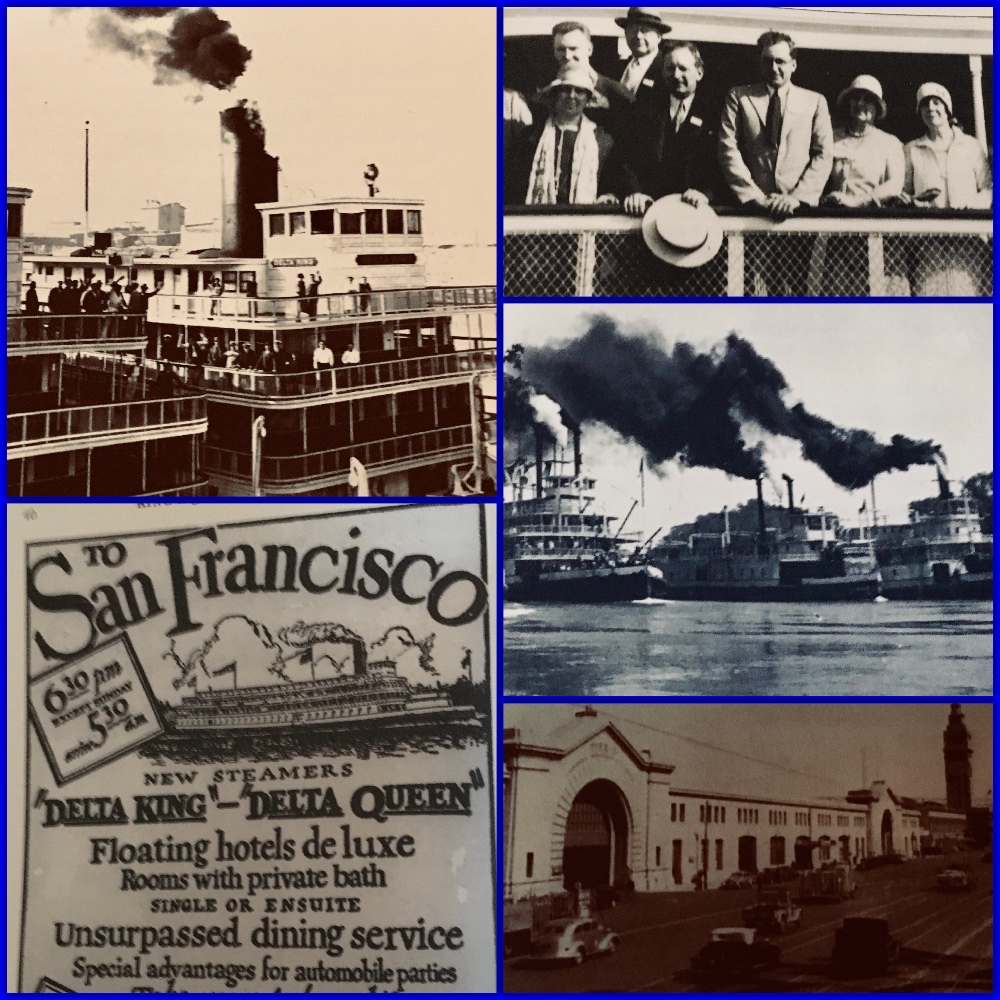 The Delta steamers were the way to travel!

Passenger travel on the Sacramento River, the fourth greatest commercial river in the United States, was busy from the 1920s into the 1930s with nearly 200 people making the daily round trip aboard the river steamers. 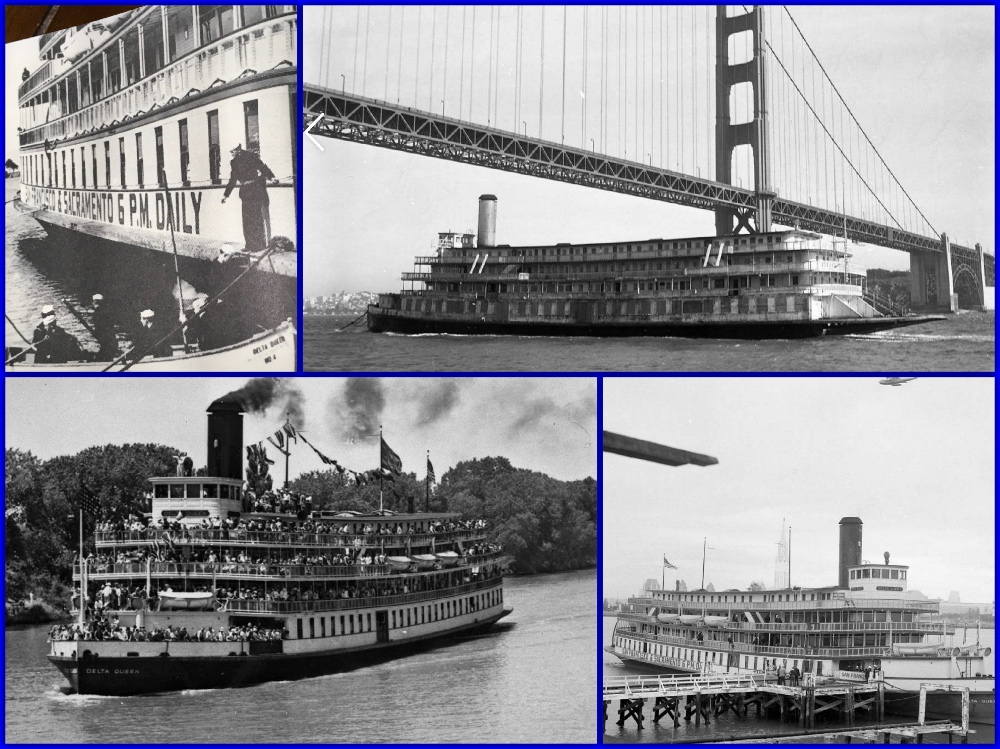 Navy takes over the Delta King and the Delta steamers at work. 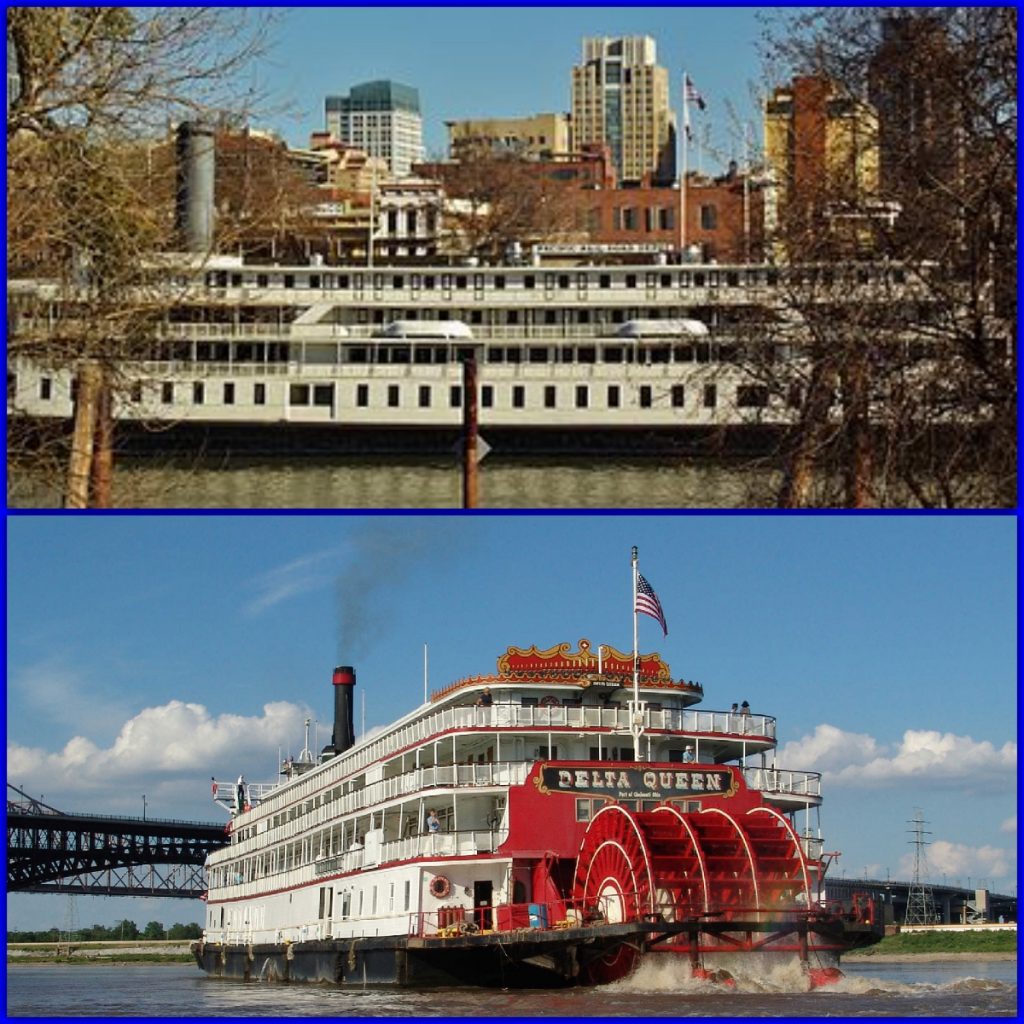 The Delta King Hotel in Sacramento and the Delta Queen sailing on the Mississippi.