LATEST
Home > CRUISING THE PAST > Cruise Ship Firsts Through History…

Cruises as we know them today are really only about 50 years old, but the tradition goes back more then a hundred years when passengers started booking travel on mail ships crossing the Atlantic… 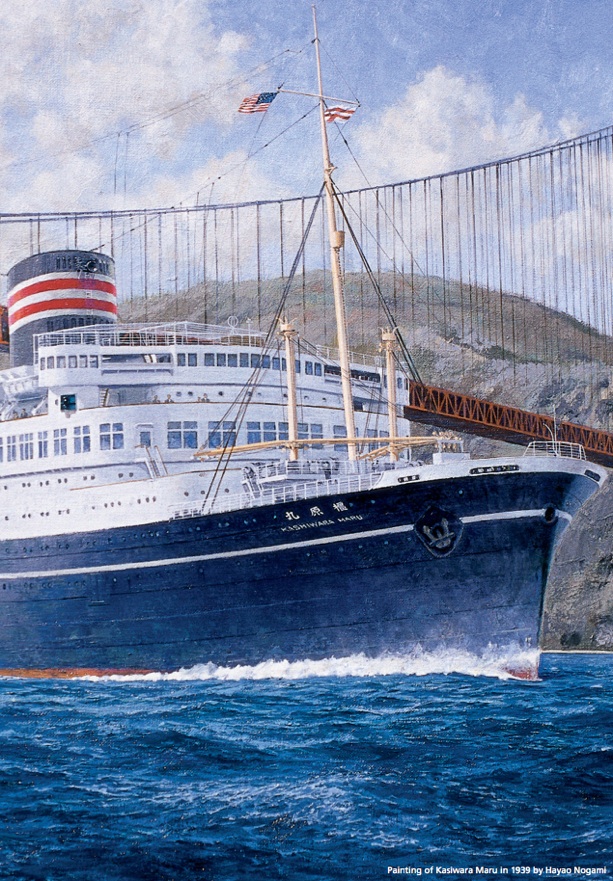 These cargo vessels evolved into the grand ocean liners whose names we still remember: Lusitania, Titanic, Queen Mary. Now the cruise lines are always competing to have the newest, the best, the biggest, and the most exciting ships at sea, morphing them into massive floating resorts where the onboard experience is just as important as the ports themselves, if not more.

10. 1840: First Transatlantic Cruise/Crossing
When Cunard started carrying mail across the Atlantic on steamships, the company didn’t know it was starting a whole new industry. A record number of passengers lined up for the crossings from England to New York, not because the boats themselves were that spectacular but because they were faster than previous vessels. Those paying customers came to expect more creature comforts than the crew, of course, so the on-board amenities got an overhaul, including the addition of a cow to provide fresh milk.

9. 1900: First Cruise Ship
The first dedicated cruise ship set sail in 1900, but it was a short-lived experiment. Named for Kaiser Wilhelm II’s daughter, the Prinzessin Victoria Luise from Germany’s HAPAG line cruised the West Indies and the Mediterranean. The Prinzessin was not actually a ship, but a grand yacht with 120 first class cabins plus a library and darkroom. At more than 407 feet, it was also longer than the Kaiser’s own yacht, much to his irritation. The boat unfortunately ran aground in 1906.

8. 1912: First Ultra Luxe Ocean Liner
The first over-the-top luxury ship set off on its maiden voyage on April 10, 1912 with new features like a shipboard swimming pool, a la carte dining, a Parisian café, and a Turkish bath. Competition between the lines had become fierce, and the White Star Line sought to challenge Cunard, whose ships the Mauritania and Lusitania held the record for fastest Atlantic crossings. The Titanic and her sister Olympic trumped them in size and lavish amenities (at least in first class), even featuring running hot water in some of its cabins. Of course, we all know how that ended.

7. 1958: First Surge in Caribbean Cruises
The modern cruise era was born when the first passenger jet took off from London heading to New York, causing a sharp decline in the popularity of Transatlantic cruising. Air travel was not only much faster, but also took on the glamour and prestige that had formerly been associated with ocean liners. Those now-passé ships weren’t dry-docked though. They found a new purpose plying the Caribbean waters. This opened up a while new category of cruising, still one of the most popular today.

6. 1965: First Affordable Cruises
The 1960s saw the founding of the first of the modern powerhouse cruise companies, bringing down prices through competition. Princess was born in 1965, offering the first short, reasonably priced cruises on its Princess Pat, which sailed from California and down along the Mexican coastline. Norwegian Cruise Line went into business in 1966 providing the first budget Caribbean cruises on its Sunward and soon became the first cruise company offering packages including low-cost airfare. The Royal Caribbean Cruise Line debuted with the 724-passengerSong of Norway in 1970. Finally, Carnival opened in 1972, instituting their “Fun Ships” and quickly becoming a behemoth, absorbing nearly a dozen other lines including Cunard, Holland America, and Seabourn.

5. 1977: First Big Ships on the Small Screen
As kitschy as it seems today, The Love Boat brought the notion of cruising (previously perceived to be only for the elite) to the masses. Viewers ate up the hijinks that top stars of the day got into with the fictional passengers and crew on a Princess cruise and booked their own vacations with hopes of running into cruise director Julie or maybe even Charo. The cruising frenzy was further fueled in 1984 by Carnival’s Ain’t We Got Fun ads starring Kathie Lee Gifford, the first to appear on television.

4. 1980: First Mega Ship
The ’80s was the era of the size wars and the debut of the floating resorts. In 1980, Norwegian Cruise Lines introduced the first supership, the Norway. NCL bought the former S.S. Franceand spent $80 million converting it into a ship measuring in at 150 percent the size of its competition, capable of carrying 2,181 passengers and offering entertainment to rival Vegas shows. In 1988, Royal Caribbean’s Sovereign of the Seas had a then-record-setting capacity of 2,350 passengers and was the first ship equipped with the now-ubiquitous multi-story atrium with glass elevators. The title “world’s largest cruise ship” has continued to be passed from company to company ever since.

3. 1996: First Cruise Line with a Private Island
Disney Cruise Line purchased the small Bahamian island of Gorda Cay and rechristened it Castaway Cay, spending more than a year expanding the beaches and installing a dock big enough for the line’s megaships. They have been continually updating it ever since and in the summer of 2010 will debut a new waterslide platform, an expanded stingray habitat, and 20 new beach cabanas. And of course, this being Disney, the ship from the Pirates of the Caribbean movies is moored offshore. Holland America, Princess, Norwegian, and Royal Caribbean all followed suit and snapped up their own private islands in the Bahamas. Royal Caribbean actually has a second island, Labadee, off the coast of Hispaniola.

2. 1999: First Skating Rink
Royal Caribbean debuted the first shipboard ice-skating rink on the 3,114-passenger Voyager of the Seas and ushered in the amenities war. Cruise lines continue to one-up each other with more and more outrageous forms of onboard entertainment like surf simulators and intricate waterslides. In 2003, Royal Caribbean was the first to add rock-climbing walls. In 2006, NCL installed bowling alleys on its Norwegian Pearl. In 2008, Celebrity was the first to feature 15,00 square feet of lawn space on Solstice. Launched in late 2009, Royal Caribbean’s Oasis of the Seas became the biggest ship ever built with a capacity of 5,400 passengers, offering a zip-line, a park with outdoor cafes, the first onboard carousel in its Coney-Island inspired boardwalk, and performances of the Broadway show Hairspray.

1. 2010: First Look into the Future…and the Past
This will be another year for firsts. Nine lines are launching new ships (all ordered before the recession). NCL is debuting the Epic, which will offer the first studio cabins for people traveling alone-without the onerous single-supplement fare add-on. The ship will also have the Epic Plunge (a 7-deck tube waterslide), 20 restaurants, and an Ice Bar made of, yes, ice. Seabourn will debut the Sea Cloud Hussar, the largest masted sailing ship in the world. Cunard’s Queen Elizabeth will bring back the Art Deco décor of the grand old passenger ships of the 1920s to the 1940s. Princess, too, is returning to the nostalgia of the grand passenger lines, offering Bon Voyage parties. For four hours before the ship’s departure, passengers can bring friends and family on board for a tour and lunch.