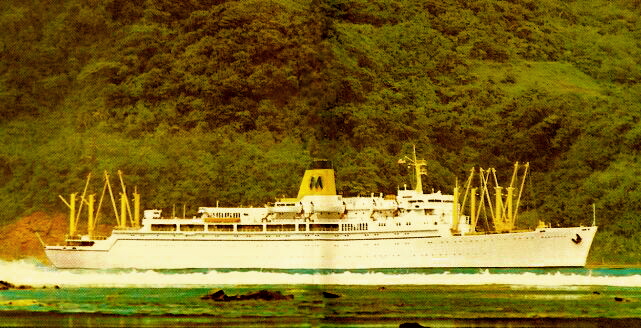 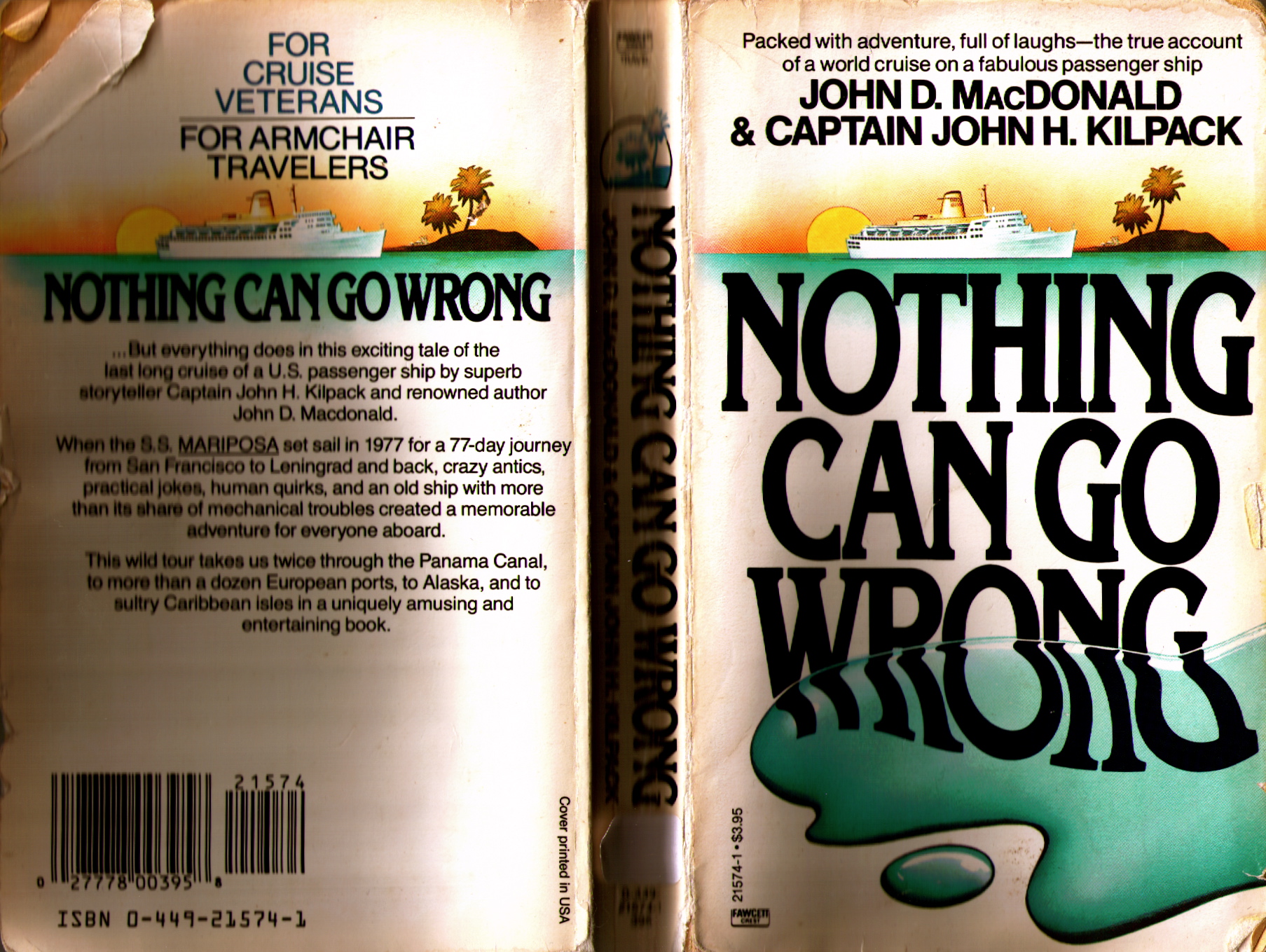 If you can find a copy on Ebay or Amazon, rush to buy Nothing Can Go Wrong By Capt. John H. Kilpack with John D. MacDonald. Here is a vacation post card, a valentine and a lament. Captain Kilpack was the skipper of the S. S. Mariposa when, in May 1977, it undertook one of its last long cruises – in this case a 77-day voyage from San Francisco to Leningrad and back again, with two transits of the Panama Canal and a dozen stops in between. The former Matson Line ship would be sold later in the year to a Chinese company. These were the last two passenger liners sailing under the American flag operated by American companies. This book is wonderful… amusing and touching.