LATEST
Home > CRUISING THE PAST > Cruise History: San Francisco Chronicle review of Duncan O’Brien’s “THE WHITE SHIPS: A TRIBUTE TO MATSON’S LUXURY LINERS”. When ad campaigns announced the “SS Lurline is Hawaii” and celebrities such as Elvis Presley sailed aboard Matson’s famed ships! 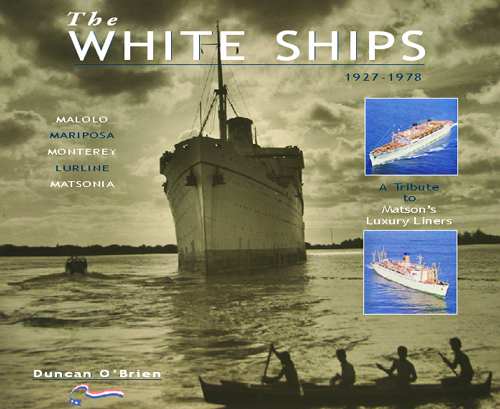 Duncan O’Brien’s “The White Ships: A Tribute to Matson’s Luxury Liners” is a wonderful accolade to the famous pioneer California steamship company and their cruise ships that lasted into the 1970s.  Focusing on the elegant steamers Malolo, Mariposa, Monterey, Lurline and Matsonia. 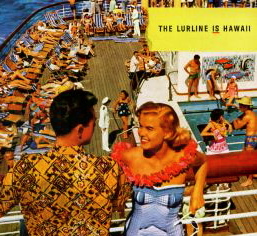 It’s not just the facts about some liners speed and dimensions.  O’Brien’s book goes far beyond that. He has avoided the dry side of books on ships by providing a social history.  The Lurline was Hawaii!

The book is a great bargain considering the wealth of material. With American President Lines closing their main offices in Oakland, Matson Lines remains the last American steamship company headquartered in the Bay Area (both lines use to be located in San Francisco). 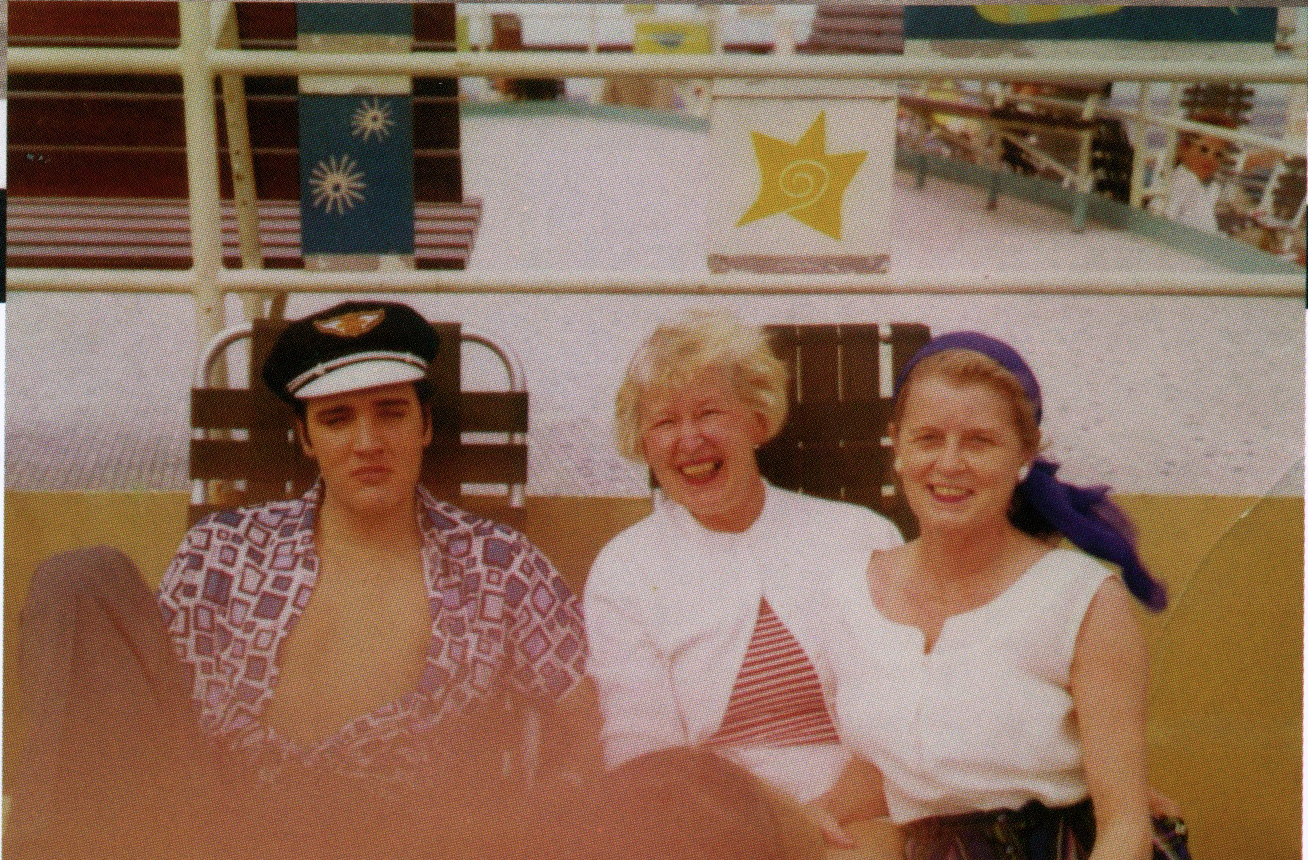 Elvis Presley with passengers (1957) Gladys Rohr and Margaret Grove aboard the SS Matsonia.

The book was reviewed last week in the San Francisco Chronicle.

Anytime travel becomes more difficult (or at least less likely) in times of economic woe, there is always the refuge of books that for some are the next best thing to being there.

“The White Ships: A Tribute to Matson’s Luxury Liners,” by Duncan O’Brien (2008, hardcover, 284 pages, $65 through the publisher): When it comes to ocean liners and San Francisco, the name Matson still evokes the romance and wonder from the golden age of pre-airline Pacific voyages. To experience Hawaii on a Matson cruise was the height of luxury travel – and in some cases the only travel – to the (then) truly exotic and foreign world of Waikiki.

In what obviously is a very personal labor of love, Duncan O’Brien has compiled a history of the “white ships” – the Malolo, Mariposa, Monterey, Lurline and Matsonia – from 1927 to 1978, told through timelines, text and, most importantly, hundreds of photographs. The book’s real strength is as a scrapbook: The writing is pretty standard, but the research is solid and the images are compelling, especially for anyone who was a passenger – or who heard the stories.

Among the gems are a photo of Hilo Hattie performing a hula on the deck of the Matsonia in 1948; an advertisement for the Fairmont Hotel in San Francisco offering rooms for $3.50 per night; and several pages of celebrity passengers, including Cary Grant, Eddie Cantor and Elvis Presley on his first visit to the islands.

Over the course of 248 pages, O’Brien describes the beginnings, revels in the glory years and mourns the eventual obsolescence and death of the Matson ships. The preface makes it clear that his family spent a good amount of time on these vessels. It shows in the book.

“The White Ships” is available from www.whiteships.com.