LATEST
Home > CRUISING THE PAST > CRUISE HISTORY: SHIPS THAT PASS IN THE NIGHT. Turned into hotels! The liners QUEEN ELIZABETH, AMERICA, UNITED STATES, CANBERRA and soon to be the QE2.

CRUISE HISTORY: SHIPS THAT PASS IN THE NIGHT. Turned into hotels! The liners QUEEN ELIZABETH, AMERICA, UNITED STATES, CANBERRA and soon to be the QE2. 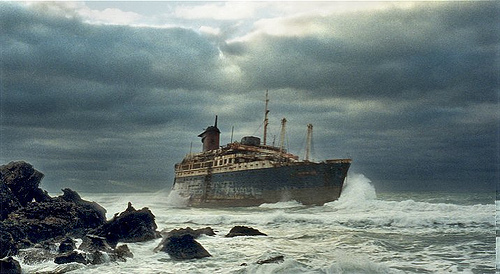 US Line’s SS AMERICA waited 15 years to be converted to a hotel and then was wrecked while being towed.

Some people think the QE2 should have been scrapped, like so many other famous liners, on the beaches of Alang in India. Others say better a floating hotel than being turned into spoons. I’m not so sure — the track record of floating hotels is not a good one. 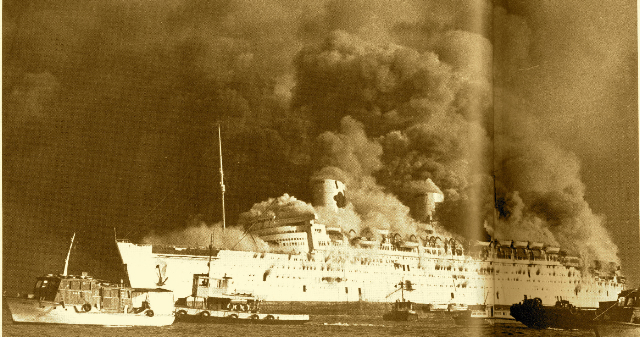 The first RMS Queen Elizabeth, retired in 1968, was sent to become a university at sea (gigantic floating dormitory) in Hong Kong, where one fine night she was gutted by fire, while the American beauty, the SS America, spent 15 years waiting to become a floating hotel before being wrecked while being towed to Thailand. 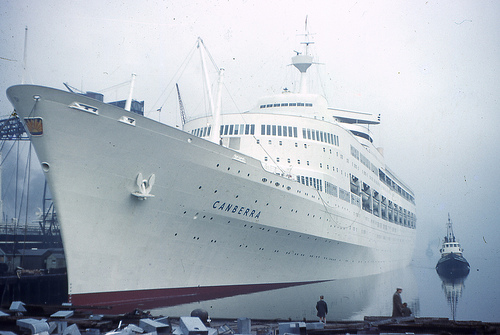 P&O’s RMS CANBERRA was ravaged and scrapped in India.

P&O’s SS Canberra took me from Cape Town to Southampton in 1992. She was filled with trophies from her career, like the bronze plaque marking her service as a troopship during the Falklands War. A year later, I had my own QE2 moment when, sitting on a friend’s balcony in Bantry Bay, we saw the Canberra slipping off across the darkness of Table Bay, lit up like a Christmas tree. I didn’t know it, but that was the last time we would see her. A few years later she was gone, sold for scrap to Alang. Spoons. 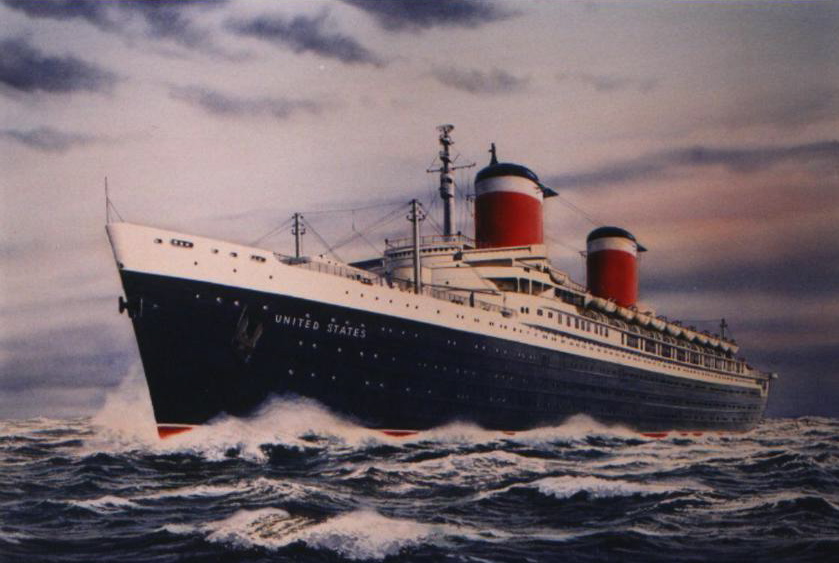 US Line’s SS UNITED STATES doomed to rotting away.

America’s own sea greyhound, the SS United States — whose westbound transatlantic record of three-and-a-half days remains unbroken — is rusting away in Philadelphia. She has sweeping lines that tug at the heart and big, fat funnels that hint at powerful machinery beneath them. There are — expensive — plans to put her back in service but these days, it’s often cheaper to build a new ship with modern engines.

Which is exactly what all the cruise companies are doing. And magnificent ships they are. Huge, stately things, stuffed with diversions. But there’s something missing, like the fables that surround the old, great liners like a cloak. Maybe the new ships will get it too — if their careers span decades and they pick up the scars that working ships do.

One thing they will never have, though, is the distinction of being a working ship rather than a floating palace. This, perhaps, is why the end of the QE2’s career is a gloomy thought. She was launched in 1967 and christened by her namesake. But the jet age and cheap air travel had arrived and ocean liners no longer held the keys to the world. Airliners were cool and air travel was glamorous — remember those sexy airline ads of the ’60s? If we knew then what we know now, maybe we would have stuck with the ships and the world would have been a slower place, which would be no bad thing.

I hope she has a happy retirement in the boiling Arabian Gulf, away from the freezing Atlantic. And I hope, truly, that someone doesn’t give me a spoon one day made from the steel hull plates of the world’s most beautiful ship.