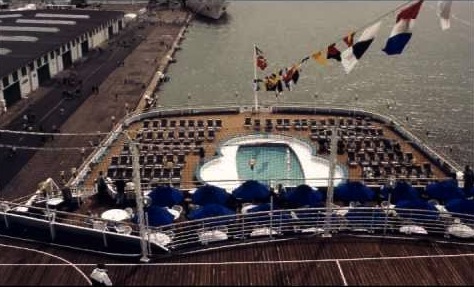 Daily service across the Atlantic by ship… The following are listings of schedules and minimum fares for Trans-Atlantic steamship service taken from the April 1960 issue of the Official Guide of the Railways and Steam Navigation Lines. Even in April and May 1960 (less than fifty-five years ago) there was almost daily steamship service from New York to Europe.

In the next decade, with the introduction of the 747, these liner services will have vanished with limited summer crossings from New York to Europe.