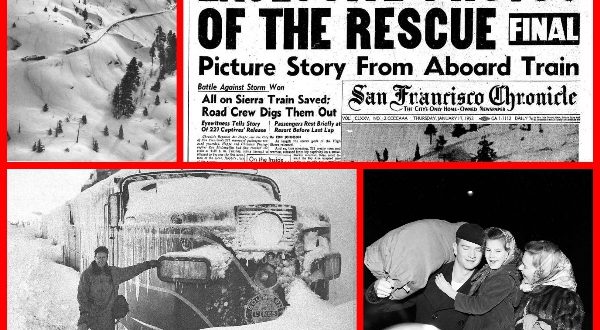 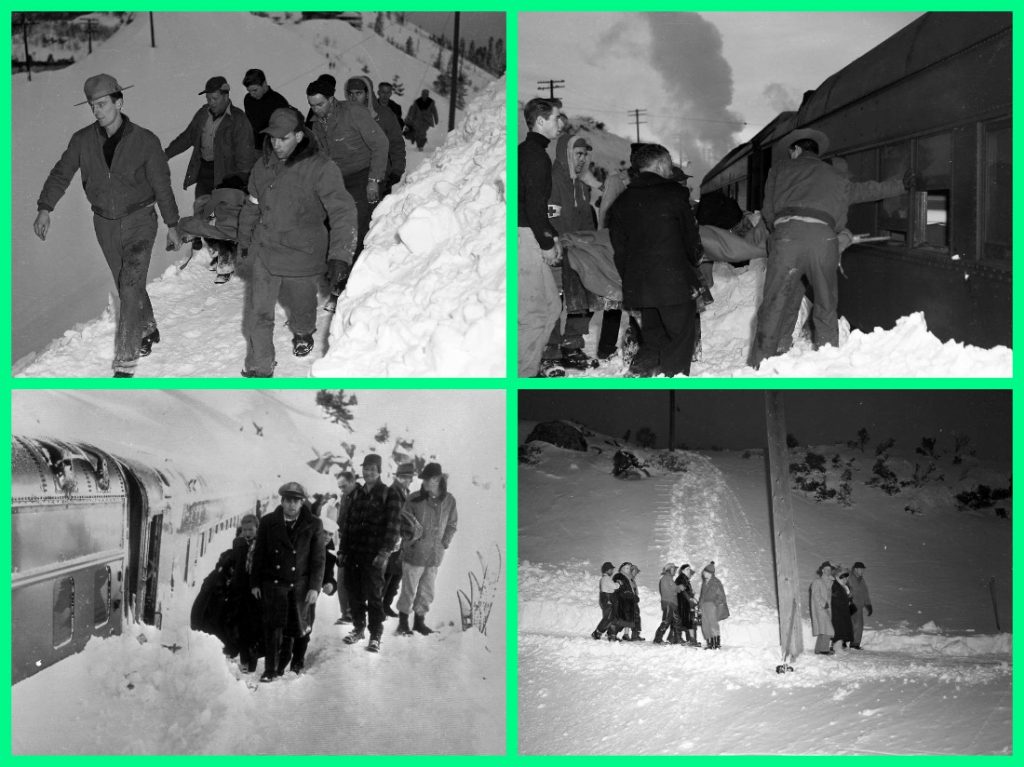 Rescuing the City of San Francisco 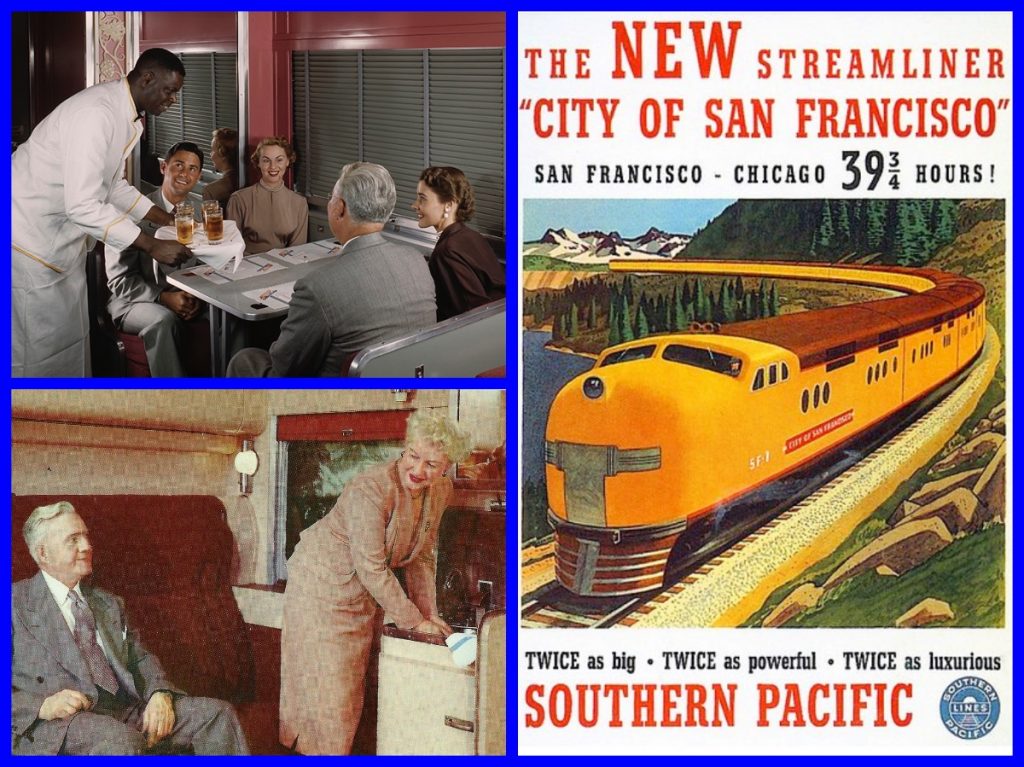 Onboard the City of San Francisco. 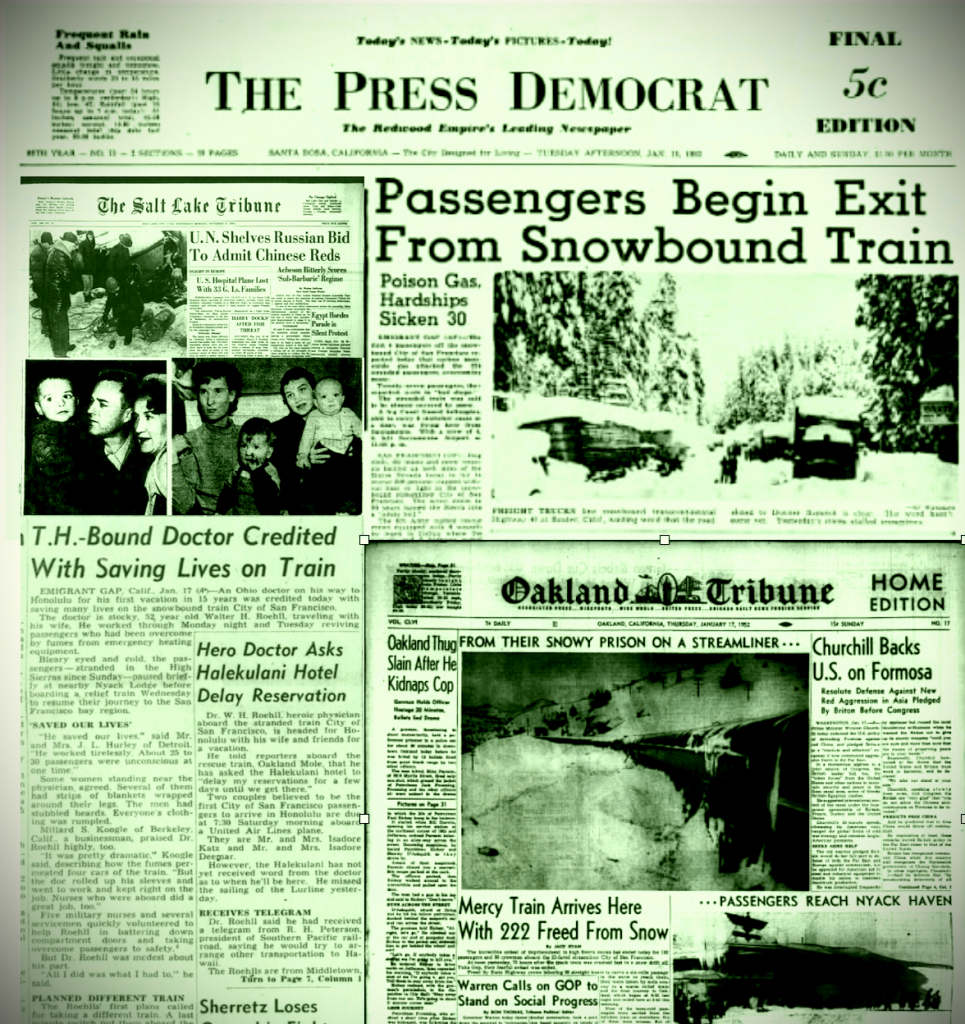 Thousands of stories on the rescue; From the New York Times to the Fresno Bee; When newspapers were read by everyone.

The 18-car train bound for San Francisco rolled out of Norden, Calif., near Donner Summit, at 11:23 a.m., and into a blizzard. It carried 226 passengers and crew.

The City of San Francisco westbound schedule; It was fast; One day and two nights en route; 39 and 3/4 Hours turned into a 70 plus hour nightmare.

The train reached Yuba Pass about noon and plowed through the first snow slide at 35 mph. But the second slide — 10 to 18 feet high — stopped the train. 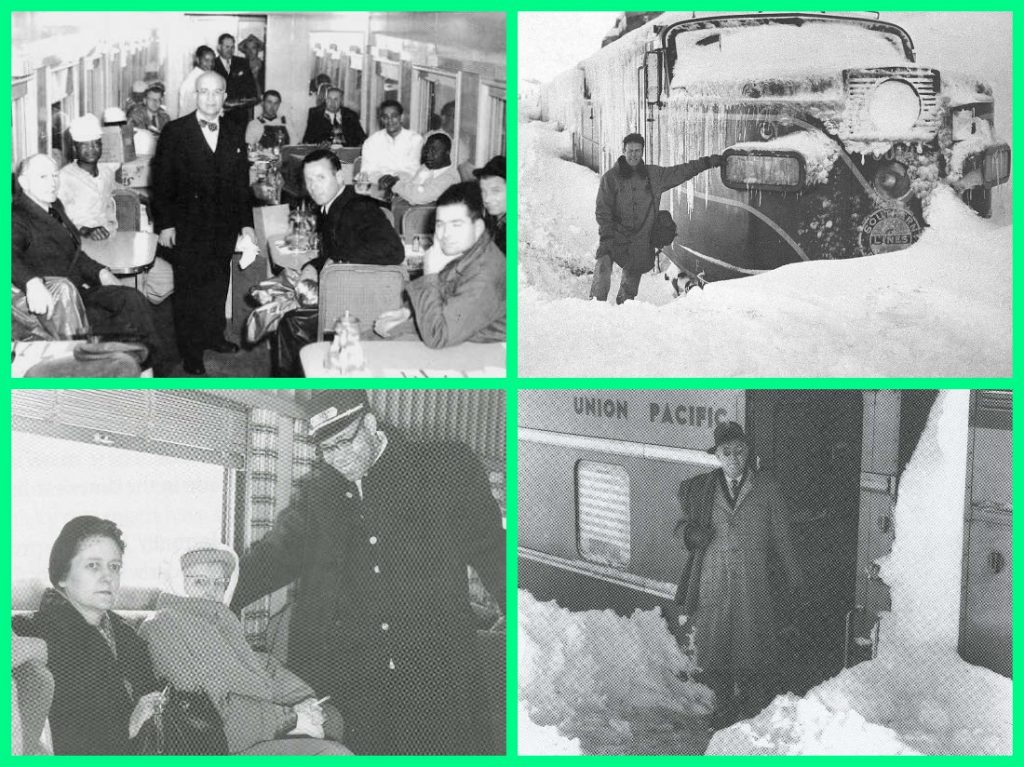 Railroad workers cracked the doors open at the ends of each car for ventilation. Snowdrifts had covered the train.

Great video on the train trapped by the blizzard…

Railroad historian Robert J. Church describes the incident in “Snowbound Streamliner,” published in 2000. Church, a Sacramento dentist who has loved trains since childhood, had heard about the incident decades earlier. 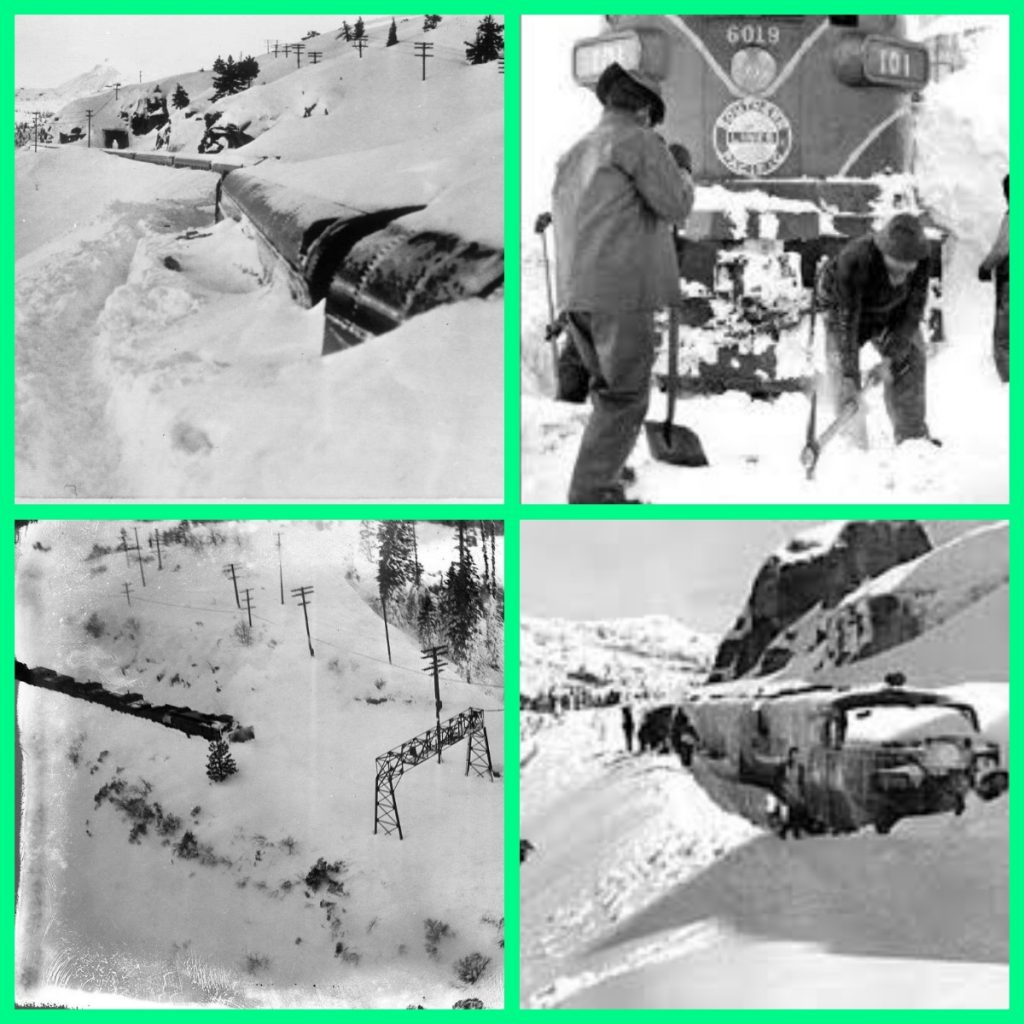 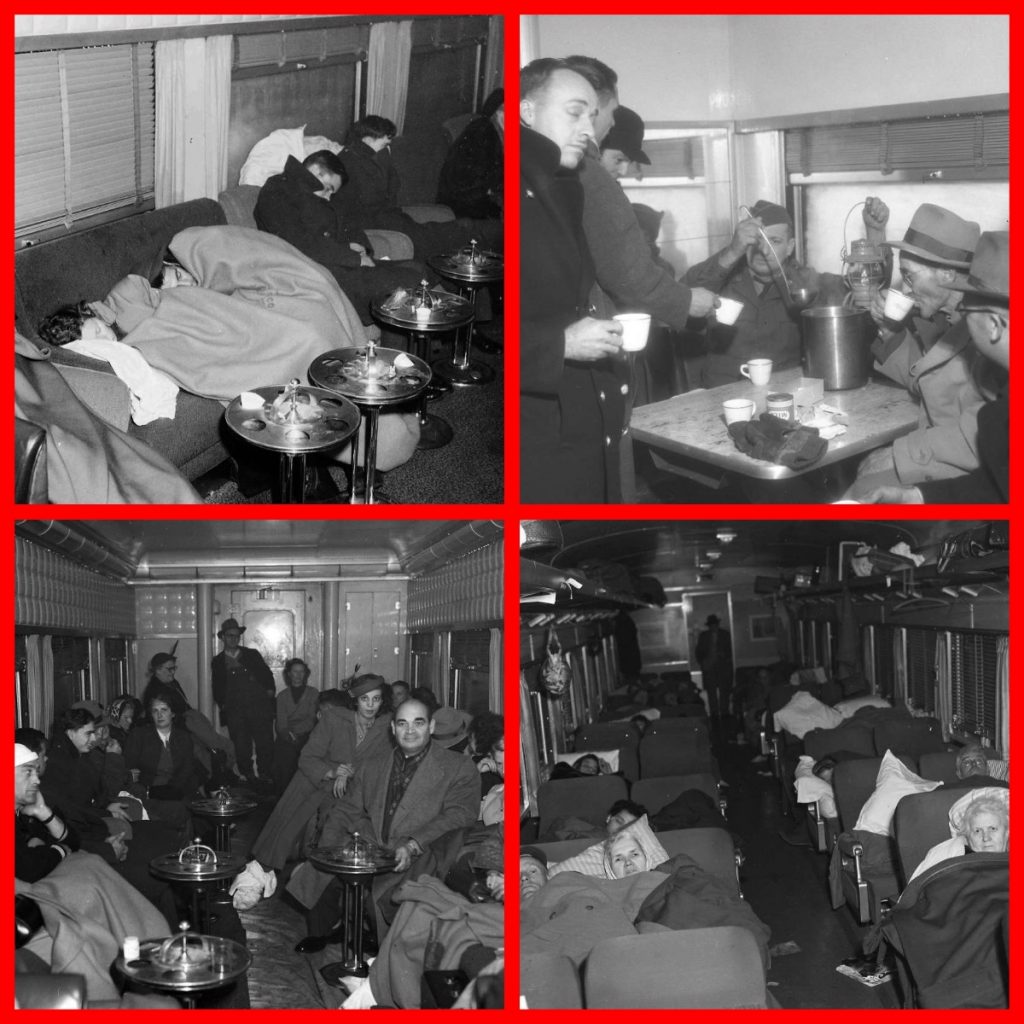 The new Donner Pass party! Grim conditions developed on the train. Many were sick.

CONTINUED IN PART TWO – To be posted on Tuesday!