LATEST
Home > ALL POSTS > Celebrating the 4th of July at Sea! 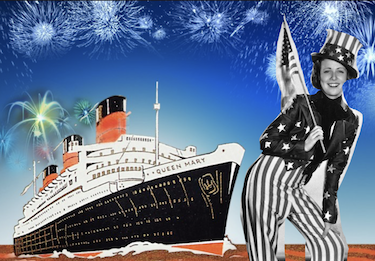 Celebrating the 4th of July at Sea!

National holidays were celebrated onboard liners and cruise ships with special events and elaborate menus. The Anchor Line trans-Atlantic passenger liner CITY OF ROME, built by the Barrow Ship Building Co was the second largest ship of her time. Built to compete for the Atlantic ‘Blue Riband’, but she was too heavy and underpowered. The SS MANHATTAN was a trans-Atlantic liner of the United States Lines, offering passenger service from New York to Europe. The SS ALEUTIAN was one of Alaska Steamship Company’s passenger liners that operated from Seattle, Washington to ports in Alaska until the early 1950s. A gala dinner and grand ball celebrating Independence Day on board the White Star Line’s SS CALGARIC North Cruise in 1930.