All posts which are also divided into separate Categories. 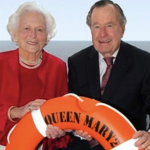 Reliving the 1950s AND 1960s … When Stars and Celebrities sailed Cunard’s great liners… President George H. W. Bush and wife Barbara are back home in the US after fulfilling their ambition to cross the Atlantic by sea. Bush, who also took daughter Dorothy and grand-daughter Gigi on the trip, ... END_OF_DOCUMENT_TOKEN_TO_BE_REPLACED

THE GOLDEN AGE OF OCEAN LINERS

Social History: AT&T cable linking the USA to Cuba during the 1950s…

This is a wonderful retro AT&T film on the telephone cable linking the mainland USA and Cuba during the 1950s… USA Social History: The Cuban American Telephone & Telegraph Co. first linked the mainland U.S. (Key West) with Cuba in 1921. That first cable was extremely primitive, just two wires ... END_OF_DOCUMENT_TOKEN_TO_BE_REPLACED

New York Social History: Radio City Music Hall – Showplace of the Nation – Over 700 movies opened here from King Kong to the Sound of Music. Click on above to hear Broadway show tunes on the greatest theatre organ in the world.  Playing songs from Gypsy, Mary Poppins and ... END_OF_DOCUMENT_TOKEN_TO_BE_REPLACED

THE SS CONSTITUTION, GRACE KELLY AND I LOVE LUCY…

Down Memory Lane: The Liners…

Fire at sea… the last moments for the TSMS LAKONIA. The passenger ship TSMS Lakonia, sailed by Greek Line, was sailing on a Christmas cruise on December 22, 1963 around 11 pm while the ship was about 180 miles north of Madeira when fire broke out. There were 646 passengers ... END_OF_DOCUMENT_TOKEN_TO_BE_REPLACED