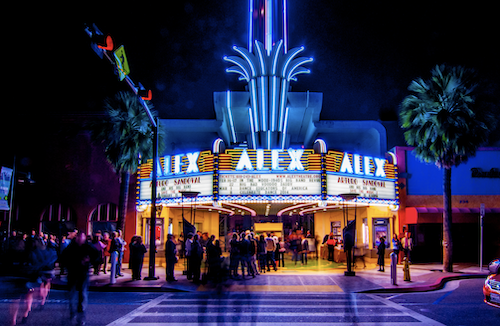 California grand movie palaces escaped the wrecking ball and are thriving throughout the Golden State, including San Francisco, Oakland, San Jose, Los Angeles, Fresno, Stockton, and many other cities.

See them all in our New Video

Motion Picture exhibitors realized that people came to the movies to escape reality—and they set upon extending the fantasy from the films to the theaters themselves. 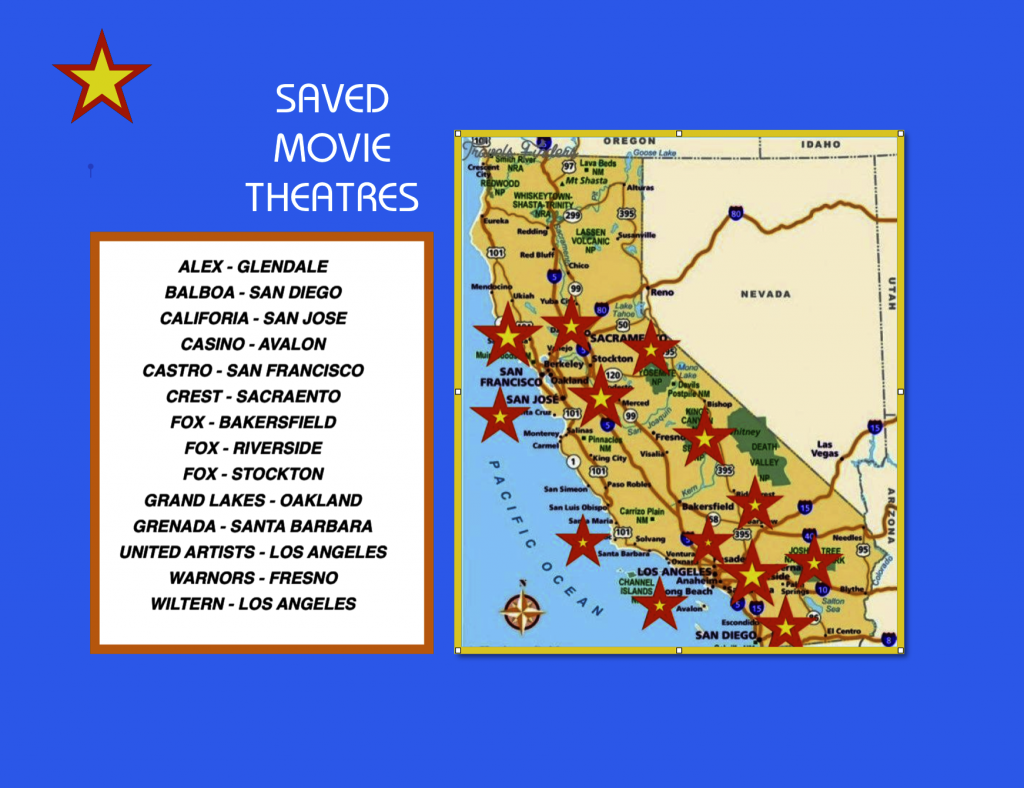 As a result, Grand movie palaces in California were built, including the spectacular Fox San Francisco, Paramount, and RKO Hillstreet theatres in Los Angels. Unfortunately, they were all demolished, but fortunately, many California of these magnificent theatres were saved. 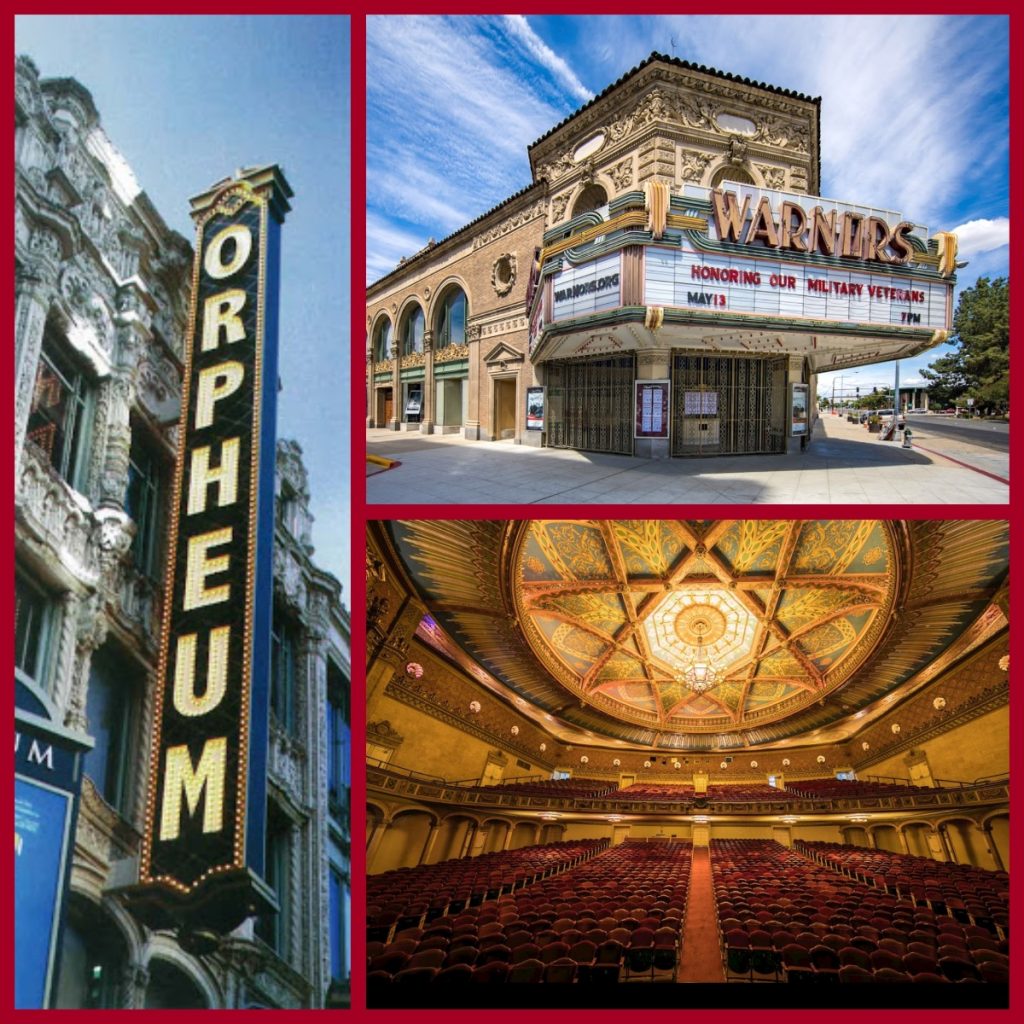 Theatre featured in the new video.

In the first half of the 20th Century, theatre architects borrowed themes from world architecture, particularly exotic Chinese, Aztec, and Egyptian motifs. Still, the most popular look was Art Deco, with its streamlined chrome and sinuous curves. 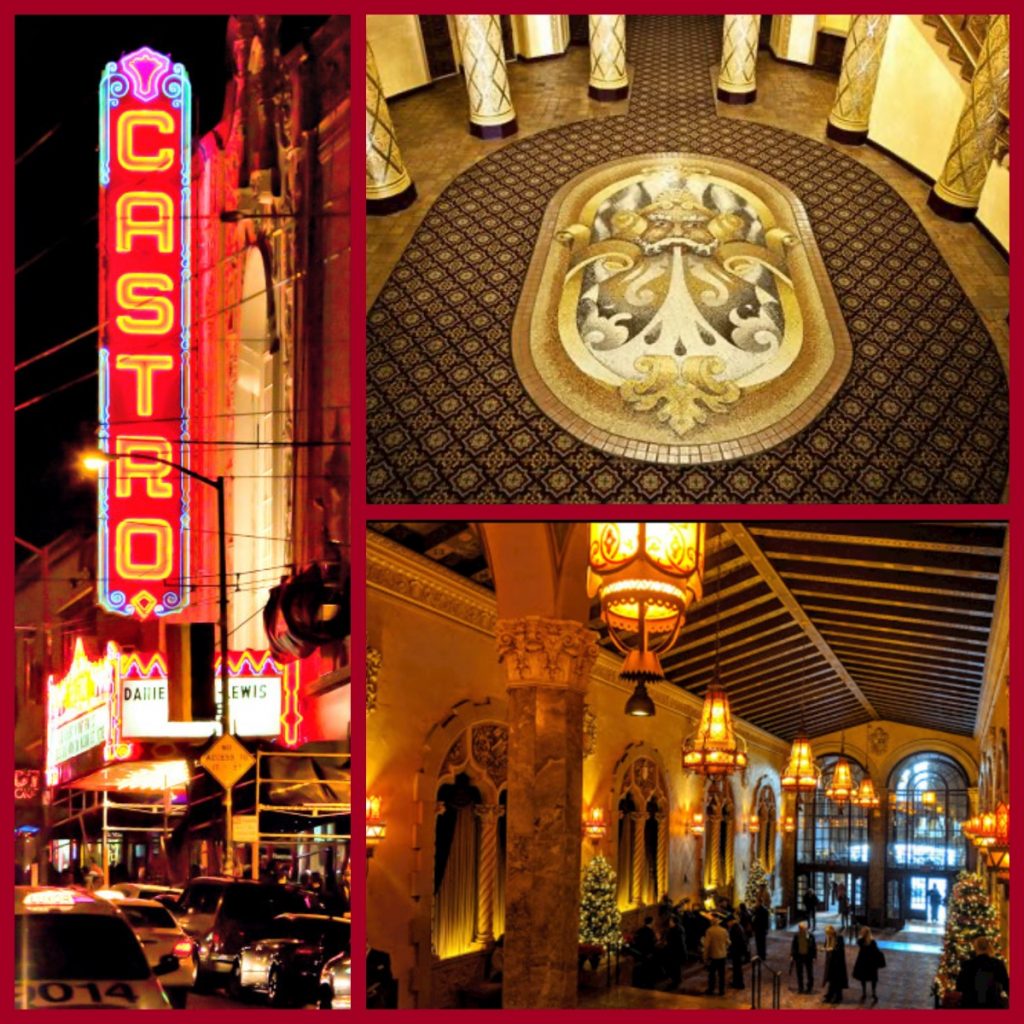 But with the rise of the multiplex cinemas, these grand palaces were boarded up, used for other purposes, or demolished. 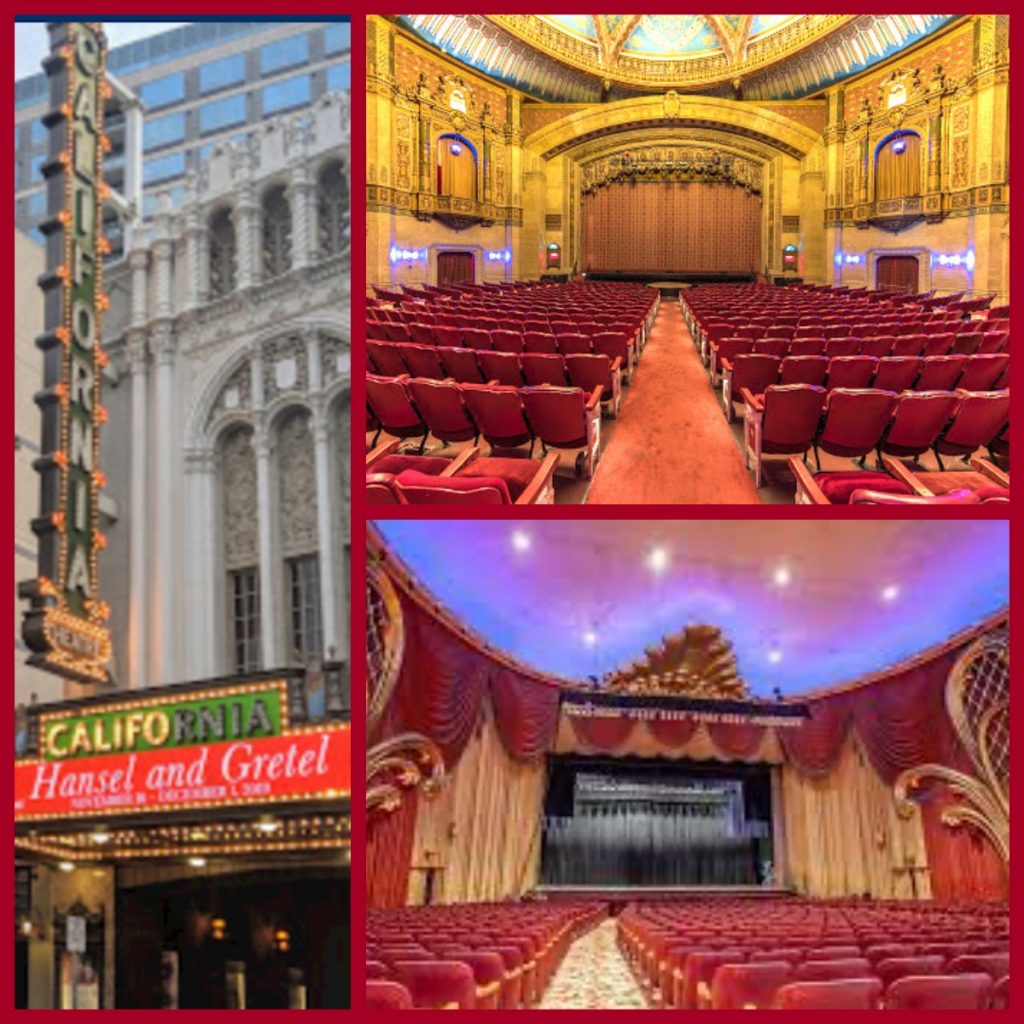