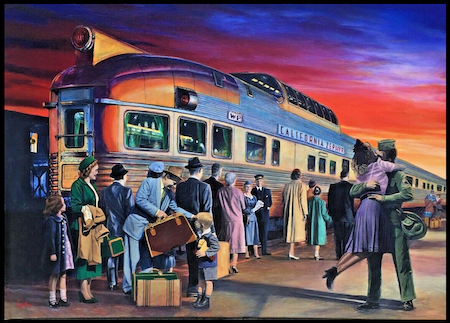 MOST TALKED ABOUT TRAIN IN THE COUNTRY! 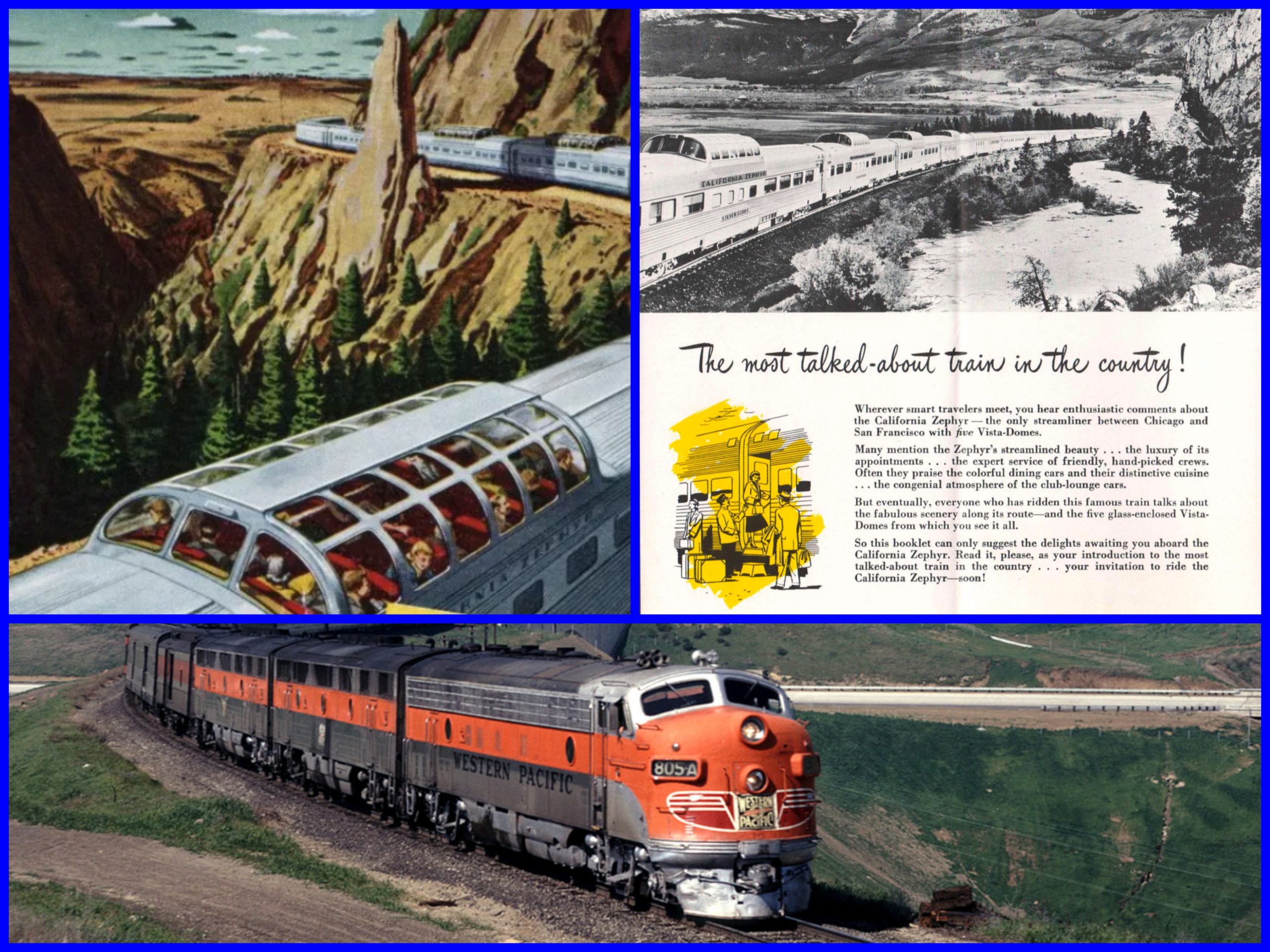 The California Zephyr had up to fifteen aluminum and stainless steel cars oozing luxury and exclusivity, sprinkled generously with domes and an observation car at the rear, hauled by the colorful EMD diesels of the Burlington and its partners the Denver and Rio Grande Western and the Western Pacific (WP), making a shining silver snake through the landscape. 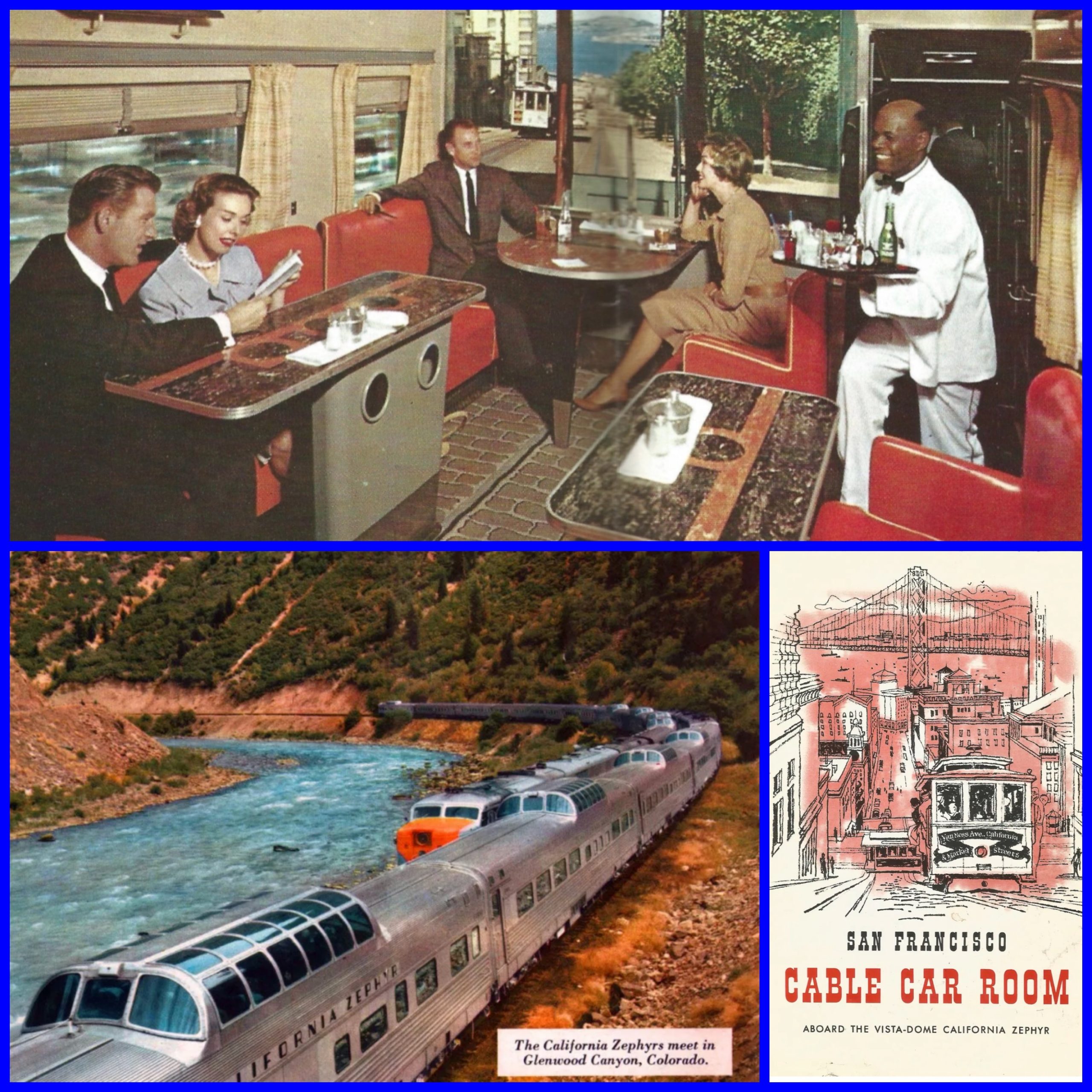 Yet the California Zephyr was one of the most popular trains in America. Possibly the number one attraction for passengers was the spectacular scenery. 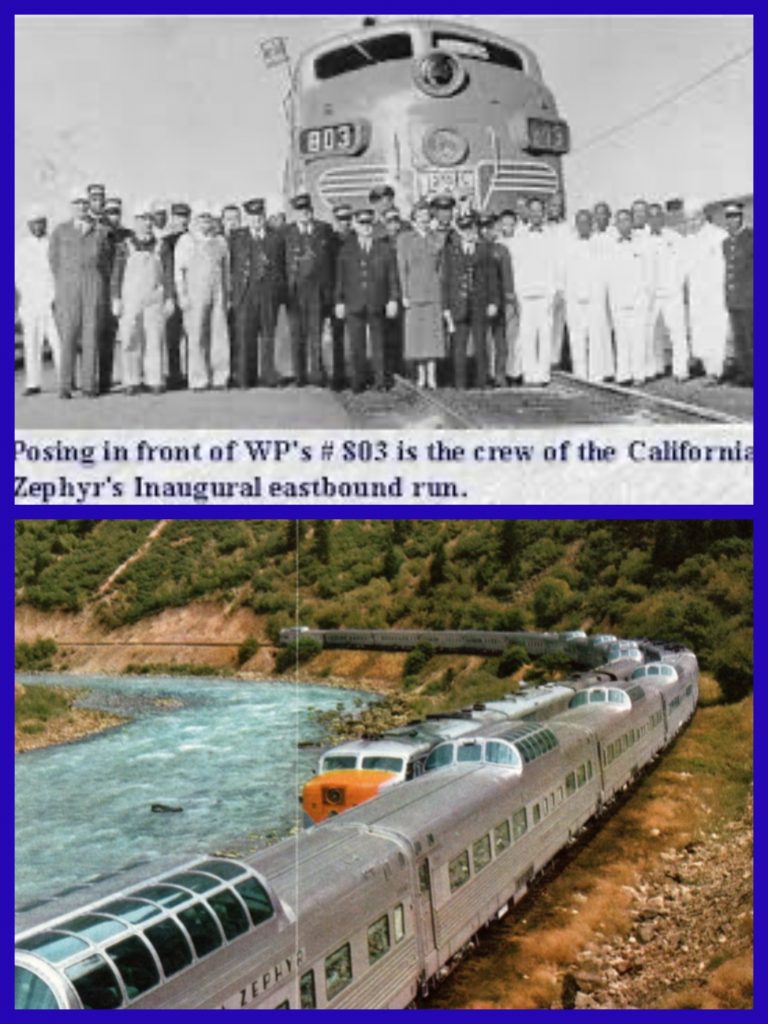 At Denver, the mile-high city at the foot of the Rockies, the Burlington linked to the Denver and Rio Grande Western, the ‘Mainline through the Rockies’. 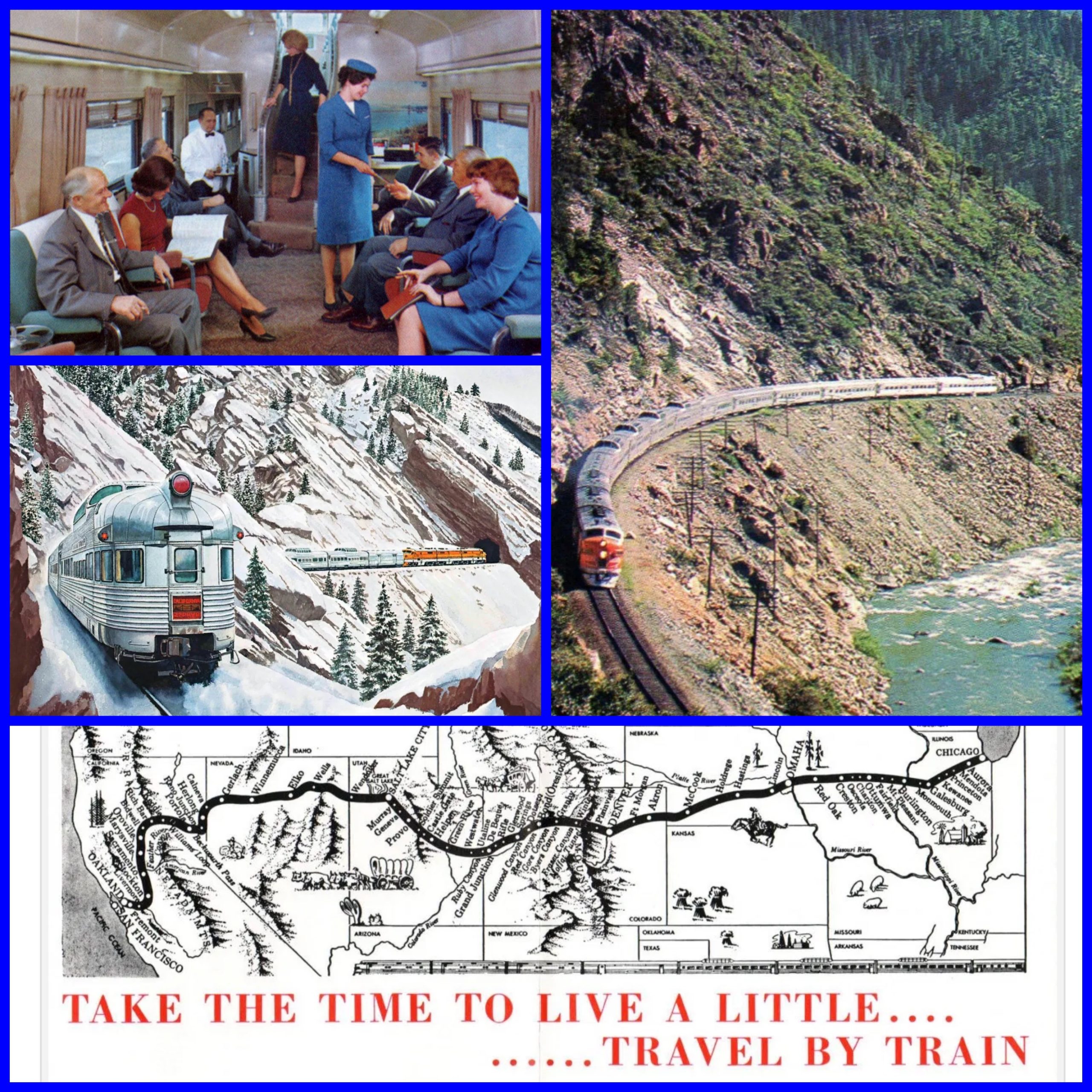 The California Zephyr had 5 dome cars providing a great view of the scenery for chair car and Pullman sleeping car passengers. 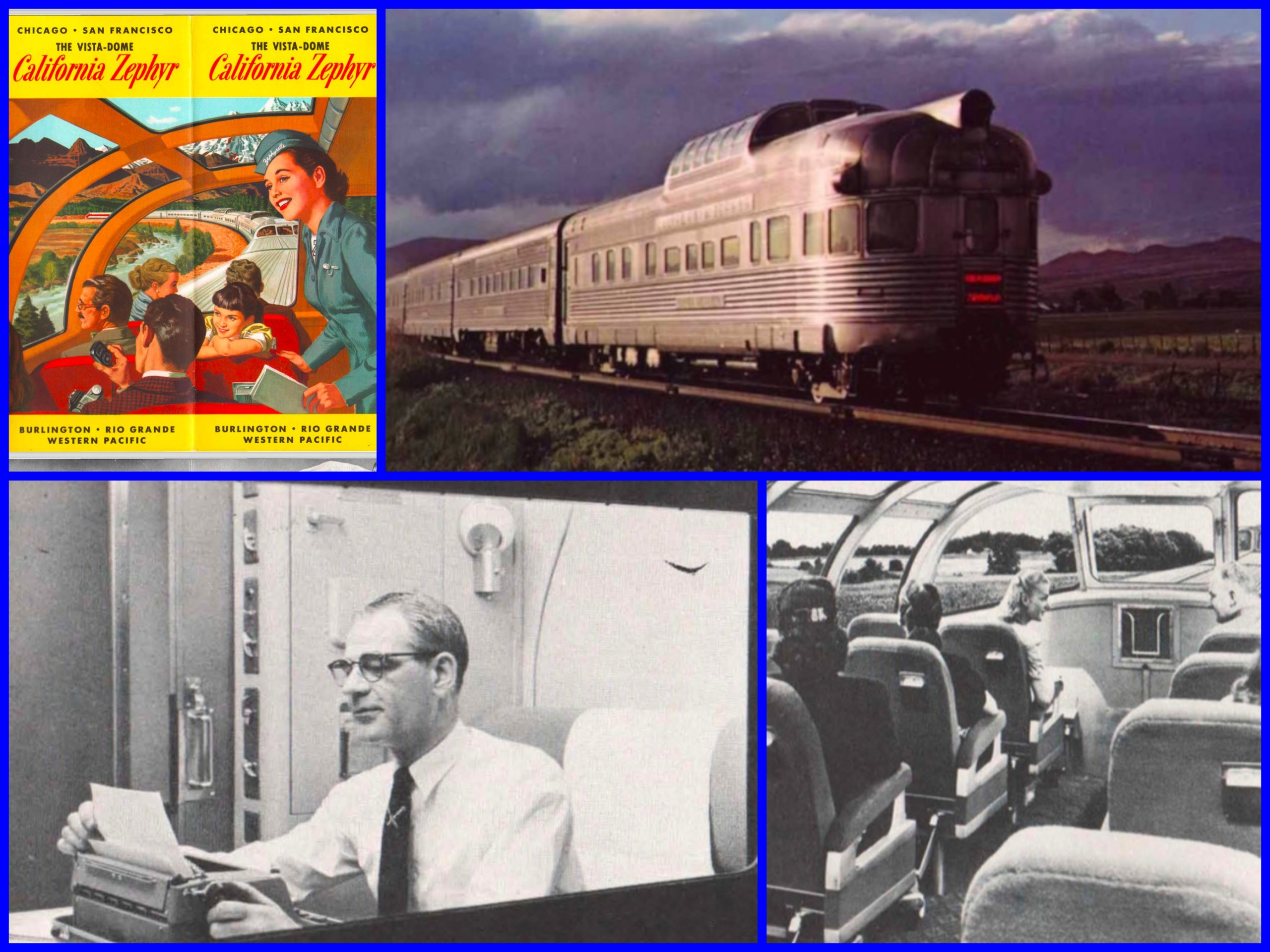 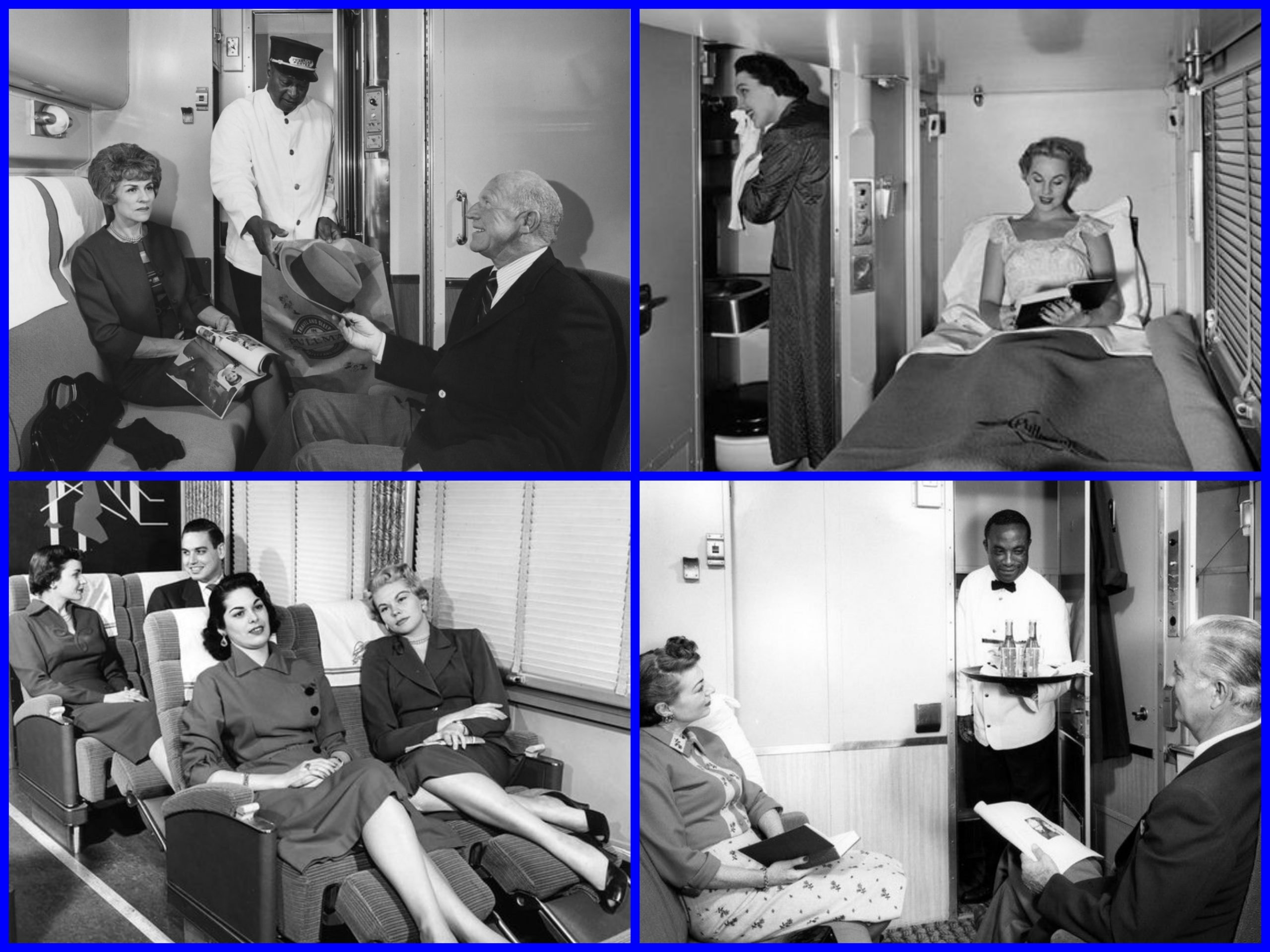 MEAL SERVICE ON THE STREAMLINER

There was light meal service in the Cable Car Room along with a first-class meal service – breakfast, luncheon, and dinner – in the Dining Car (reservations required). 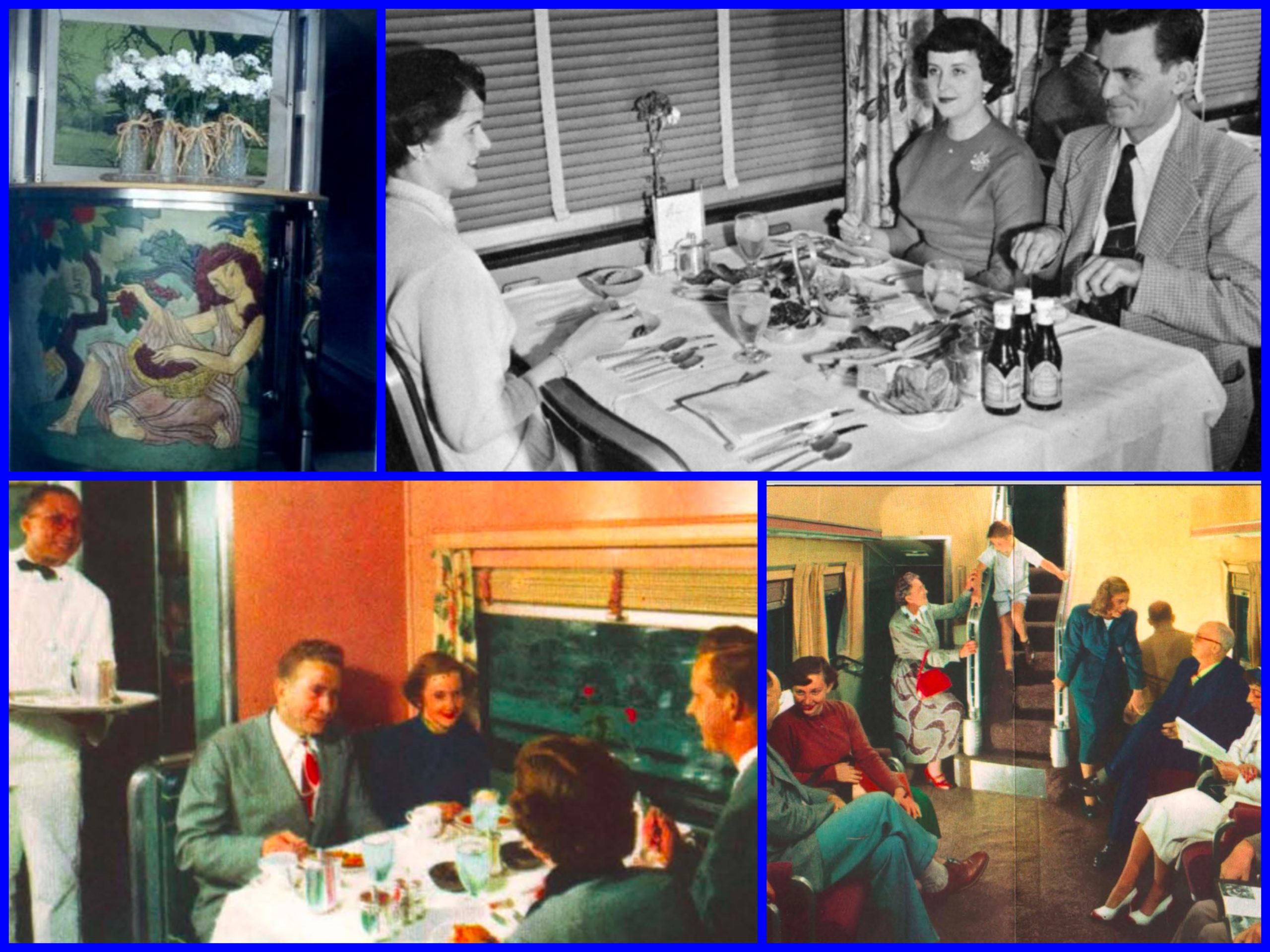 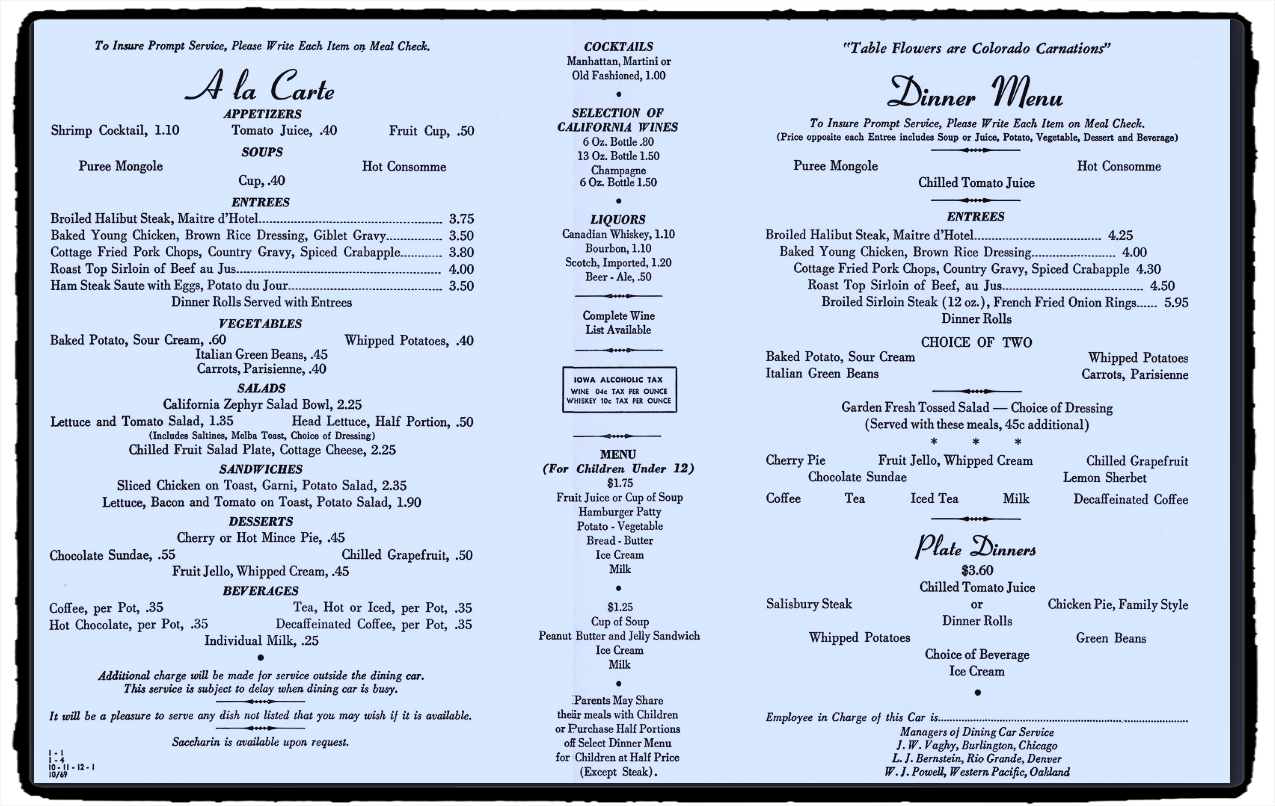 All meals were prepared onboard the train in the dining car kitchen. 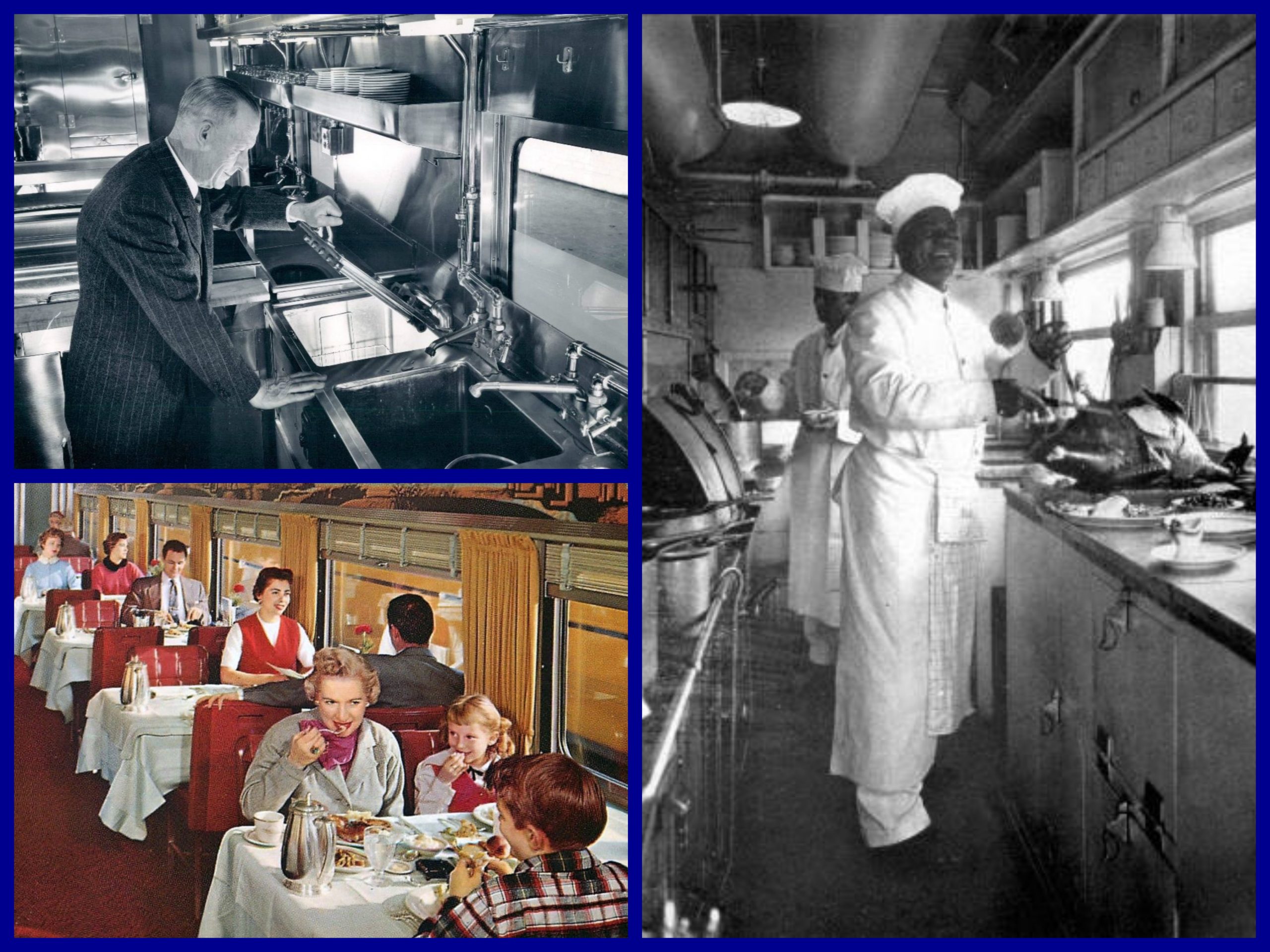 CW: Dining Car; Steward in the Kitchen; Chefs in the Dining Car Kitchen. 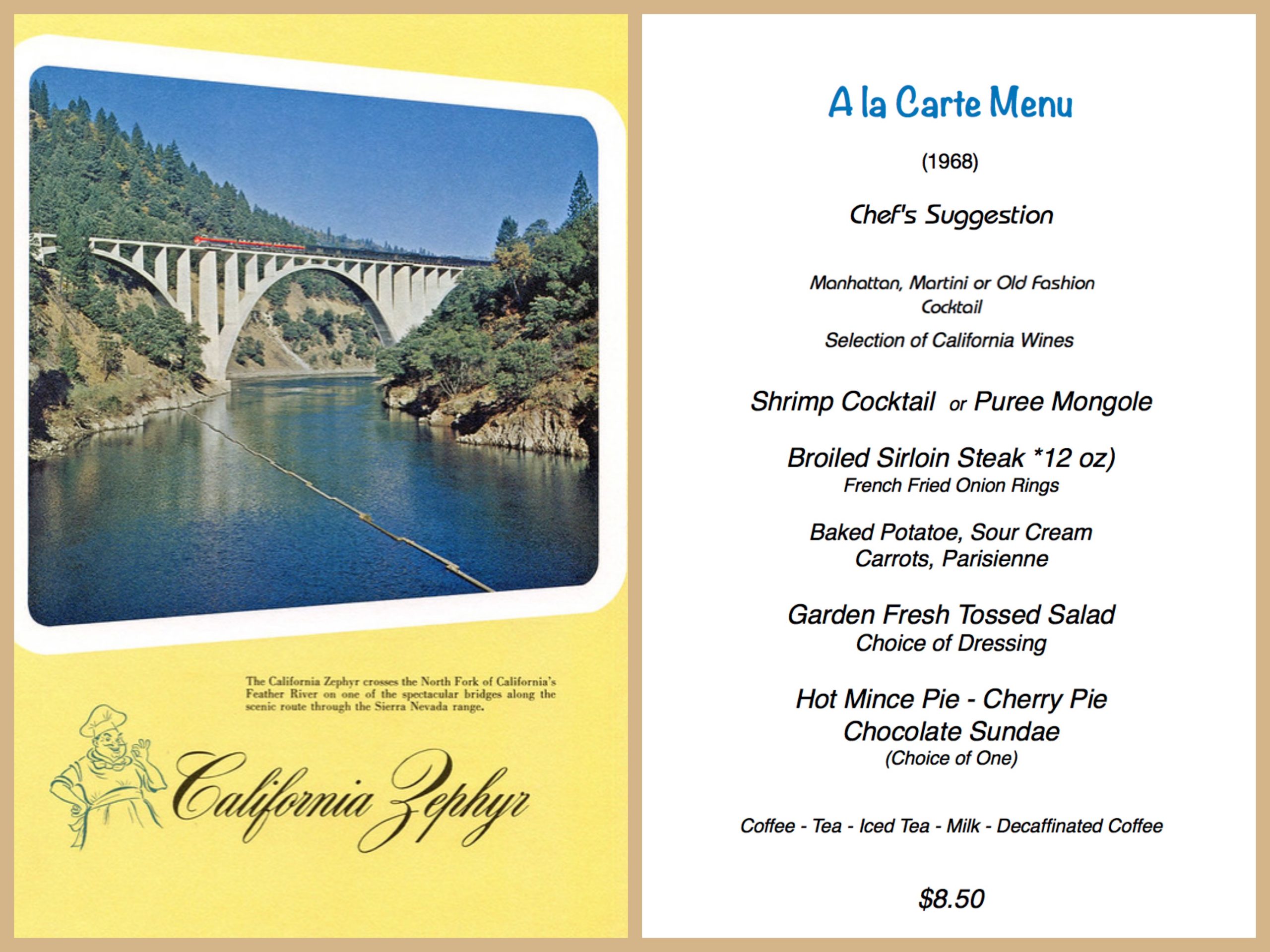 And as the CZ was the pride of the railroads, you could expect the power to be smart – and the train ran through carwashes at Denver and at Portola on the Western Pacific on each trip, to keep the dome windows clean for the scenery. 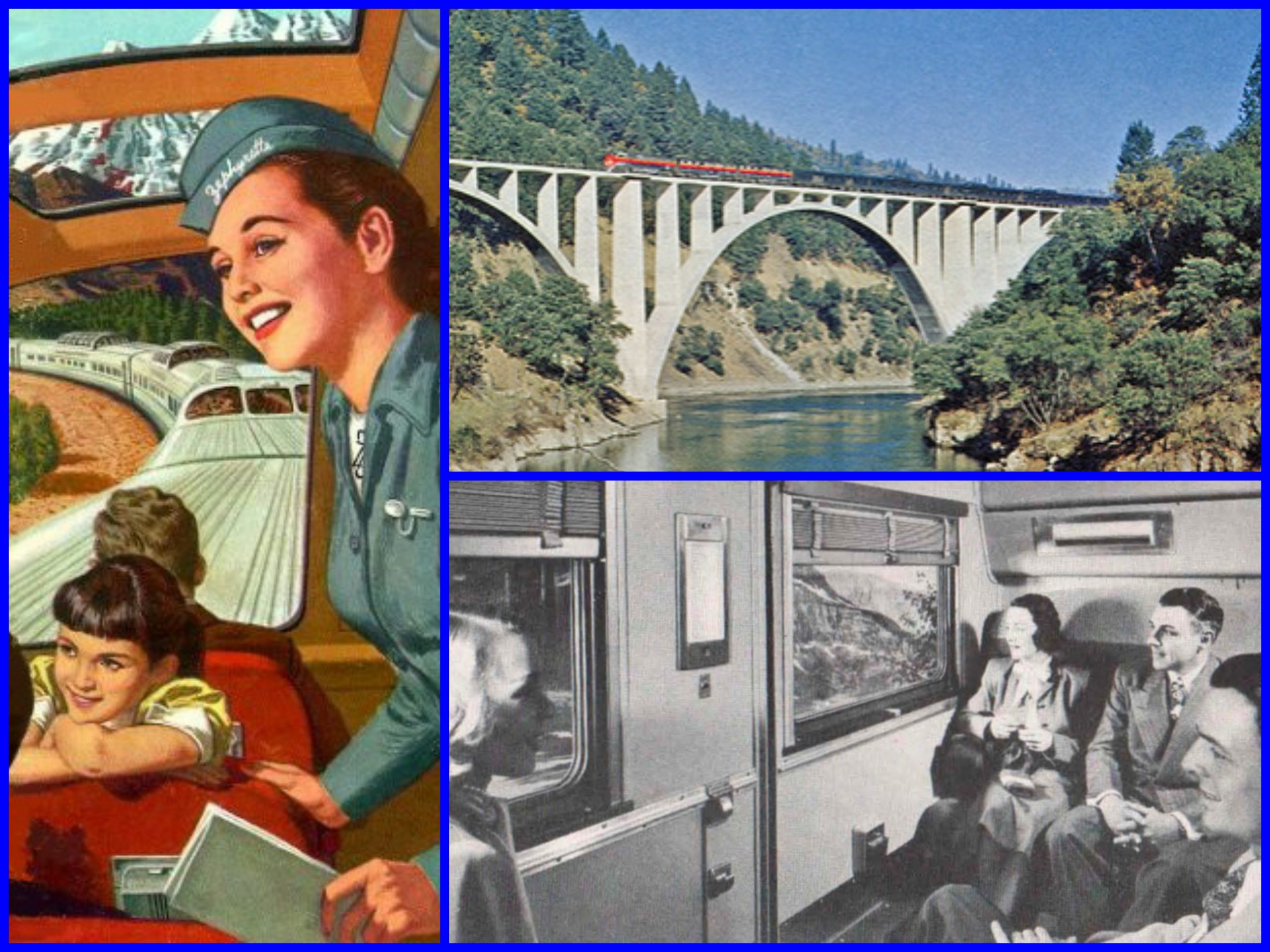 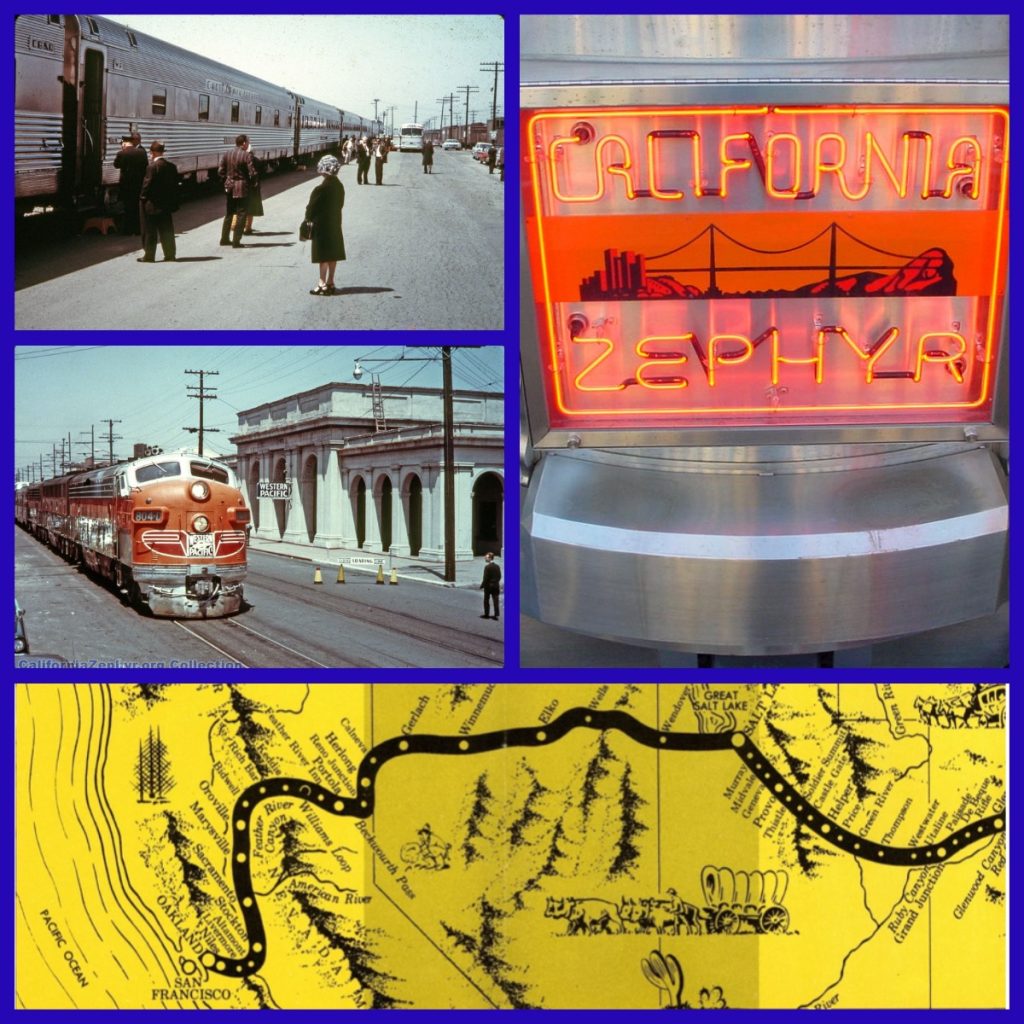 But it couldn’t last. By the early 1960s, even a fully loaded CZ was lossmaking, and the WP in particular (the smallest and weakest of the partner railroads) wanted out. It applied for consent to abandon the service from the ICC in 1966, but was denied – the Commission referred to the CZ as ‘a unique national asset’. Eventually, persistence paid off, and consent to end the train west of Ogden was granted, effective March 1970.

Great travelogue VIDEO of the CZ