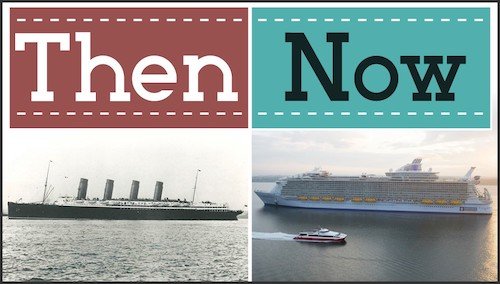 On July 4, 1840, Britannia, the first ship under the Cunard name, left Liverpool with a cow on board to supply fresh milk to the passengers on the 14-day transatlantic crossing. The advent of pleasure cruises is linked to the year 1844, and a new industry began.

During the 1850s and 1860s, there was a dramatic improvement in the quality of the voyage for passengers. Ships began to cater solely to passengers, rather than to cargo or mail contracts and added luxuries like electric lights, more deck space, and entertainment. 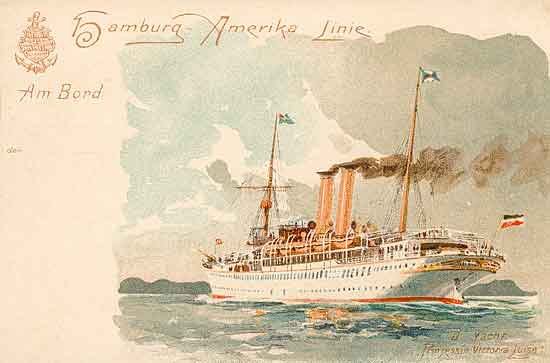 The Prinzessin Victoria Luise, built-in 1901 by the American-Hamburg Company, was the first ship designed specifically with cruising in mind. 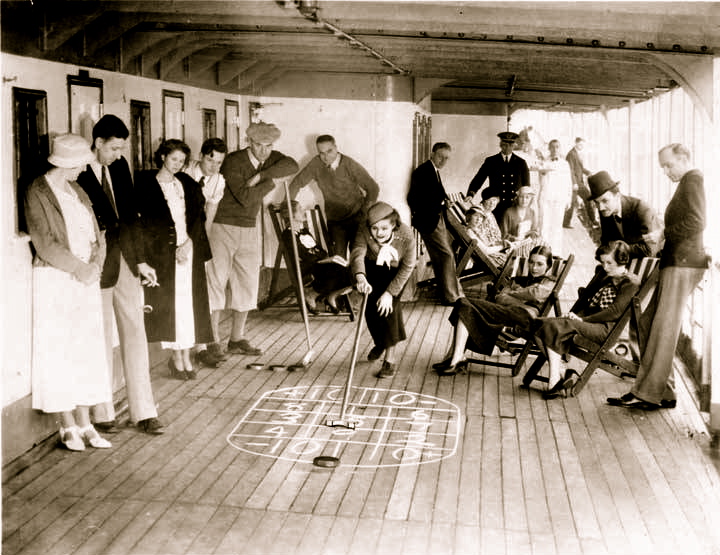 Passengers in the 1930s onboard a ship cruising to Alaska.

World War I interrupted the building of new passenger ships. Many older liners were used as troop transports. German superliners were given to both Great Britain and the United States as reparations at the end of the war.

The years between 1920 and 1950 were considered the most glamorous years for transatlantic passenger ships. These ships branded an image for the rich and famous who were seen enjoying luxurious settings on numerous newsreels viewed by the general public. They also carried millions of tourists in what became known as Tourist and Cabin Class. American tourists interested in visiting Europe replaced immigrant passengers. 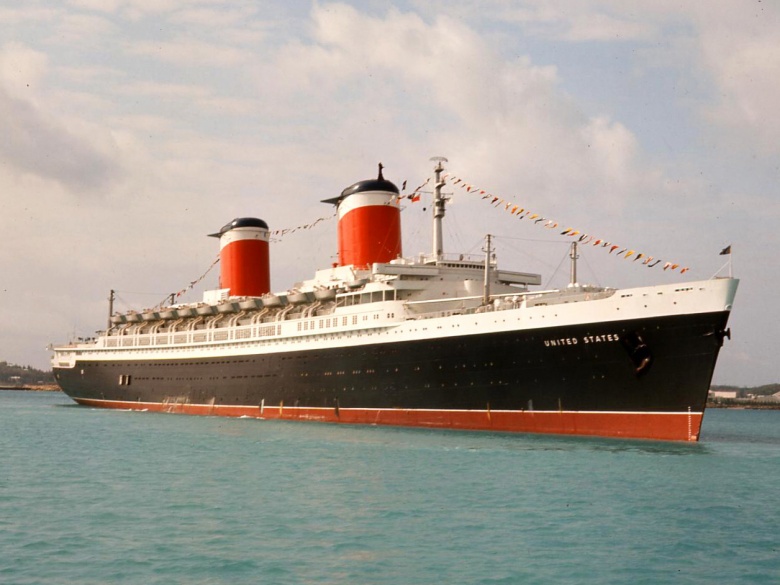 Advertisements promoted the fashion of ocean travel, featuring elegant food and onboard activities.

The U.S. Government converted passenger liners were into troop carriers in World War II, and all worldwide commercial travel ceased until after the war. 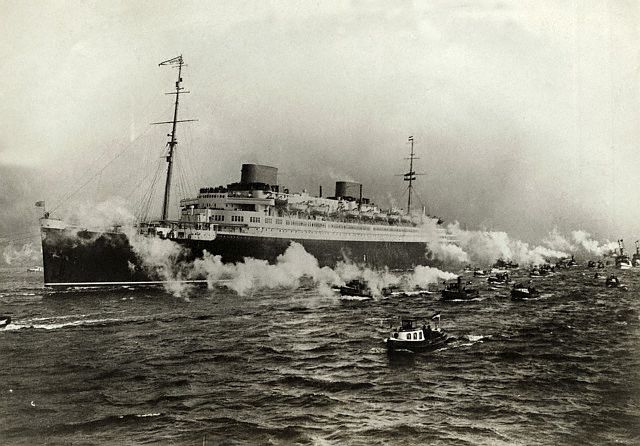 European lines also reaped the benefits of transporting refugees to America and Canada, and business travelers and tourists to Europe after World War 2. But like the American ships, many were pulled from service in the 1960s including the Queen Mary, Queen Elizabeth, France, and all the Italian Line ships in the 1970s.

The new cruise line image was solidified with the popularity of the TV series “The Love Boat” which ran from 1977 until 1986.