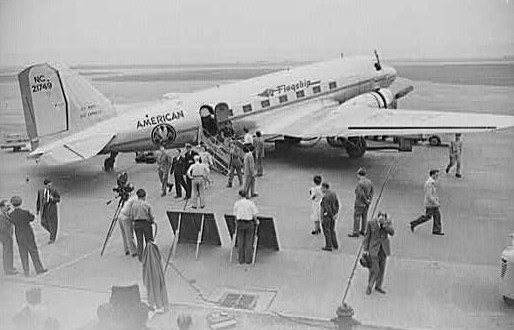 Great video of American Airlines in the 1930s… Lift off for American Airlines in the heyday of travel..,

The company revolutionized air travel by working with Donald Douglas in developing the DC-3, and American Airlines was the first carrier to fly it beginning in 1936. This helped them become the first airline earning a profit solely by transporting passengers (other airlines still had to carry mail as well as passengers in order to make money).