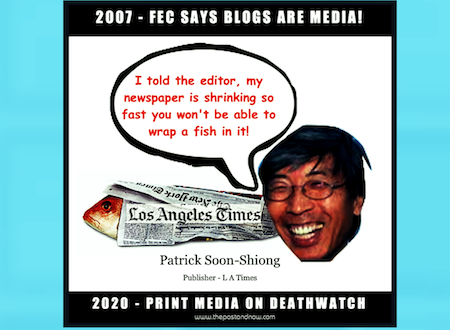 Along with The Daily Kos, I was party to a significant decision for bloggers and free speech rights.

“The FEC rejected allegations that writer-producer Michael L. Grace made unreported expenditures when he leased space on a computer server to create a blog that advocated the defeat of Congresswoman (R), Mary Bono, in November 2006 election.

Grace fought this one back by himself, pro se, and won a unanimously ruled that his voluntary expenditures (if any) were perfectly legal and that his obvious parody was protected under the law. 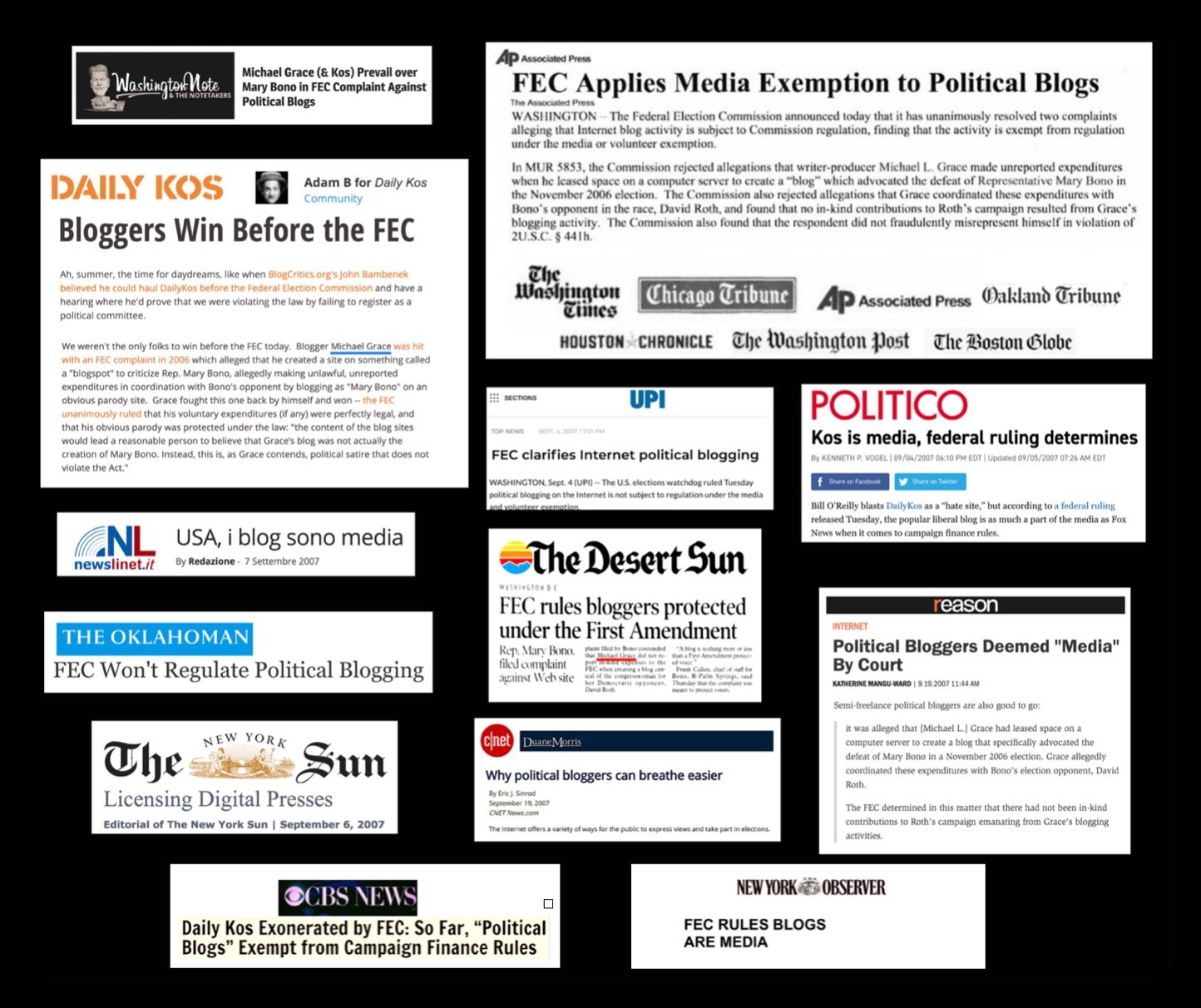 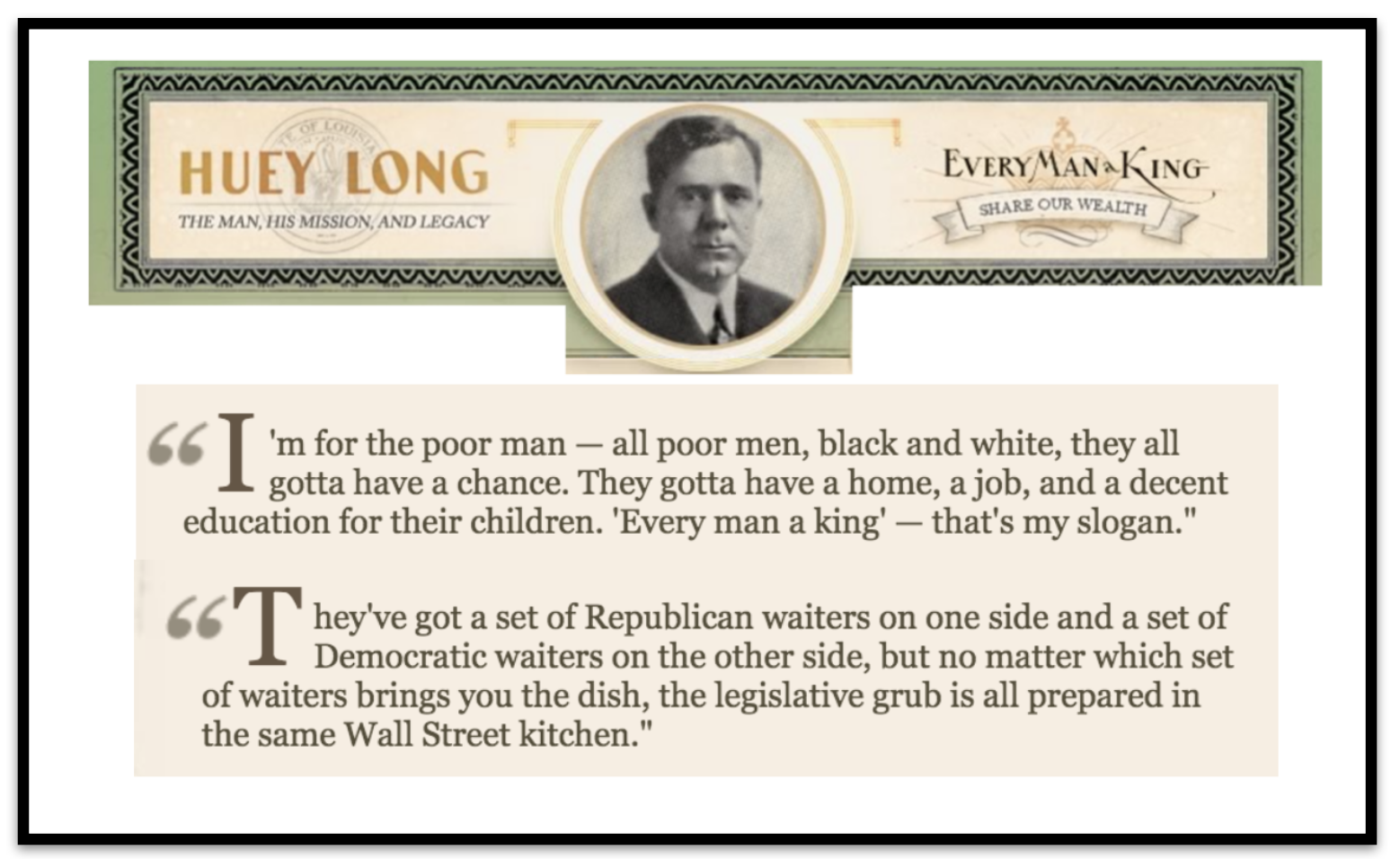