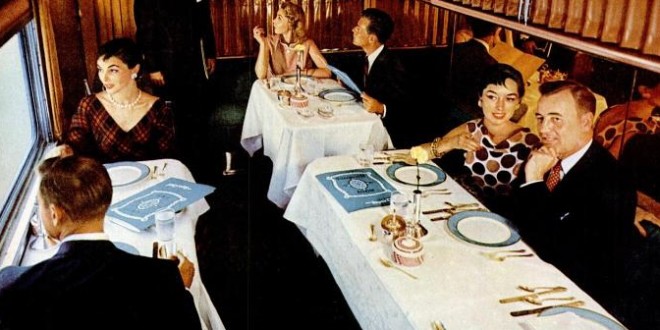 One of New York Central’s two Class K-5a Pacifics (Nos. 4915 and 4917) that the road streamlined in 1936 for the Chicago–Detroit Mercury appears to have the train well in hand. Famed industrial designer Henry Dreyfuss created the “upside-down bathtub” styling. A 1950’s publicity film from the Santa Fe RailRoad about “the Super Chief” luxury passenger train which ran between Chicago, Illinois and Los Angeles, California. The Atchison, Topeka and Santa Fe Railway (ATSF aka “Santa Fe”) was one of the larger railroads in the United States. Our thanks to CLASSIC TRAINS MAGAZINE.  For a  view of America’s  passenger trains, please visit their website and subscribe to their magazine along with their online services.