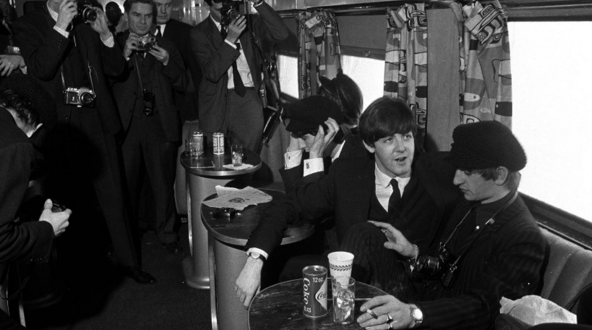 Beatles first trip to America aboard the Congressional Limited in 1964… Linda Binns Liles, a train passenger, remembers the Beatle trip… “Well, I got two of their autographs, I think I need all four.” I was 9 years old, not a crazy teenager — when we stopped at stations, there were teenagers jumping up and down, trying to look in the windows — so I was able to get back there. I introduced myself to Ringo Starr and he promptly sat down and started talking with him. “You went to New York for the first time? So did I.”We had a normal conversation. I was sure he was interested in my fourth-grade teacher as much as I was interested in what he was doing. Paul McCartney, who had me calling him Uncle Paul, asked me if i was coming to their D.C. concert, and I was like: “No, I’ve got to go to school tomorrow!” I was perfectly serious.”