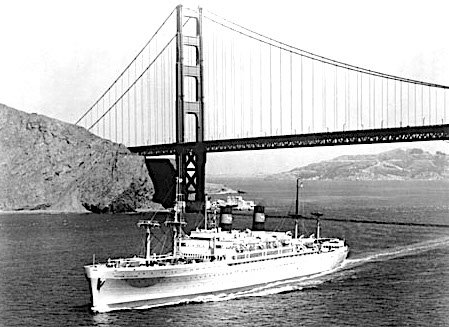 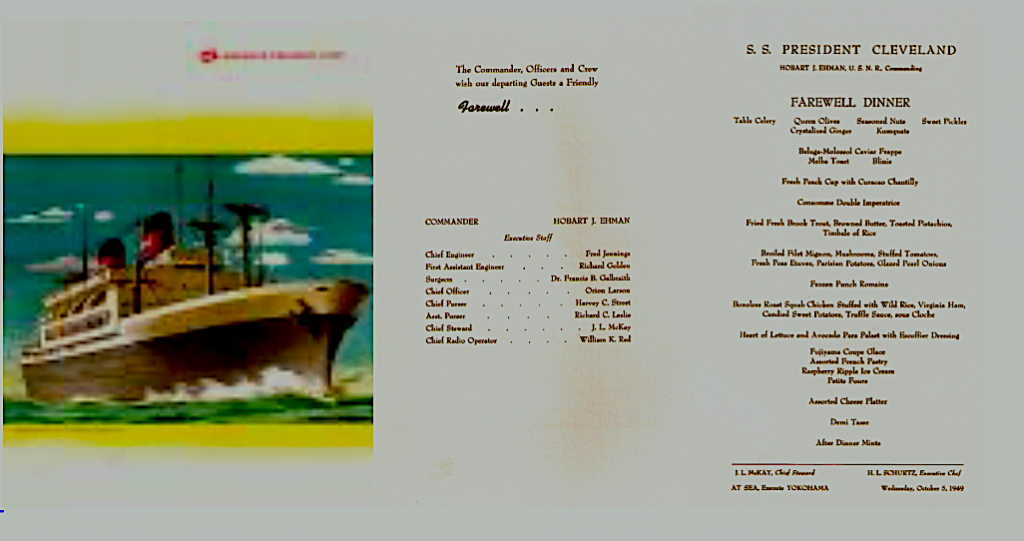 The sleek 1940s modern lobby of the SS PRESIDENT CLEVELAND With the launching of the Presidents Cleveland and Wilson in 1947, American President Lines reestablished its preeminence in the passenger trade following World War 2. Designed to carry 550 passengers and a crew of 352, the ships were advertised as “your American hotel abroad.” In 1921, the Pacific Mail Steamship Company was acquired by Dollar Steamship Lines, a company founded in the early 1900s by lumberman Robert Dollar, who established a fleet of steam schooners to carry his lumber from mills in northern California and Oregon to cities and railheads in southern and central California.

On November 1, 1938, Dollar Steamship Lines’ new board of directors changed its name to American President Lines Ltd.; the name change was due in part to the company’s practice of naming its ships after American presidents. 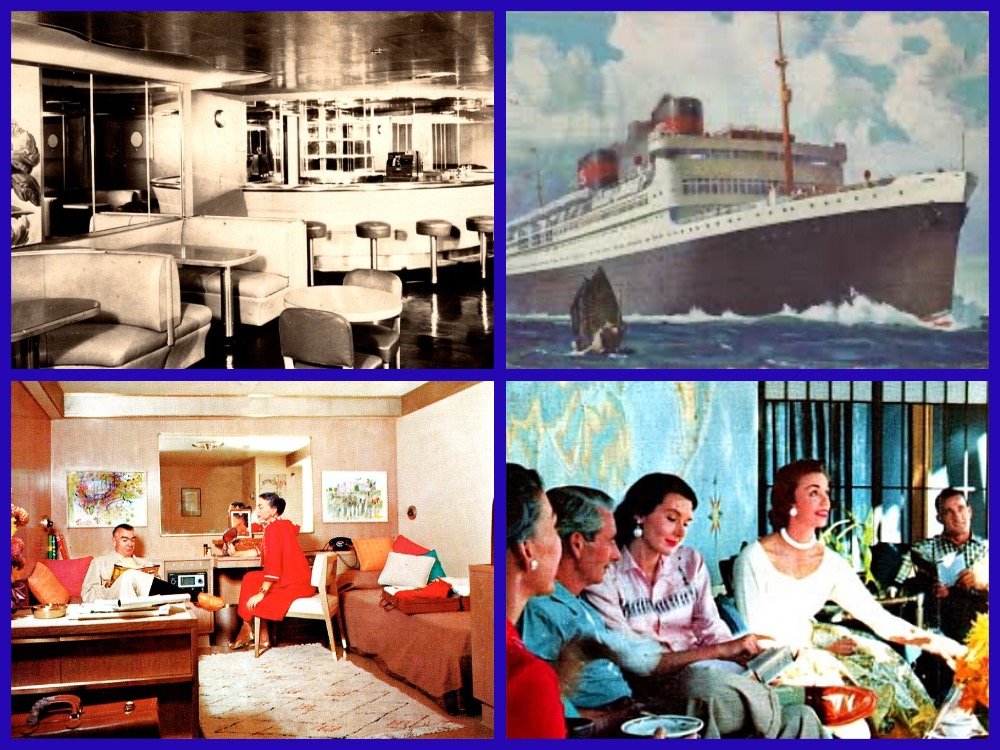 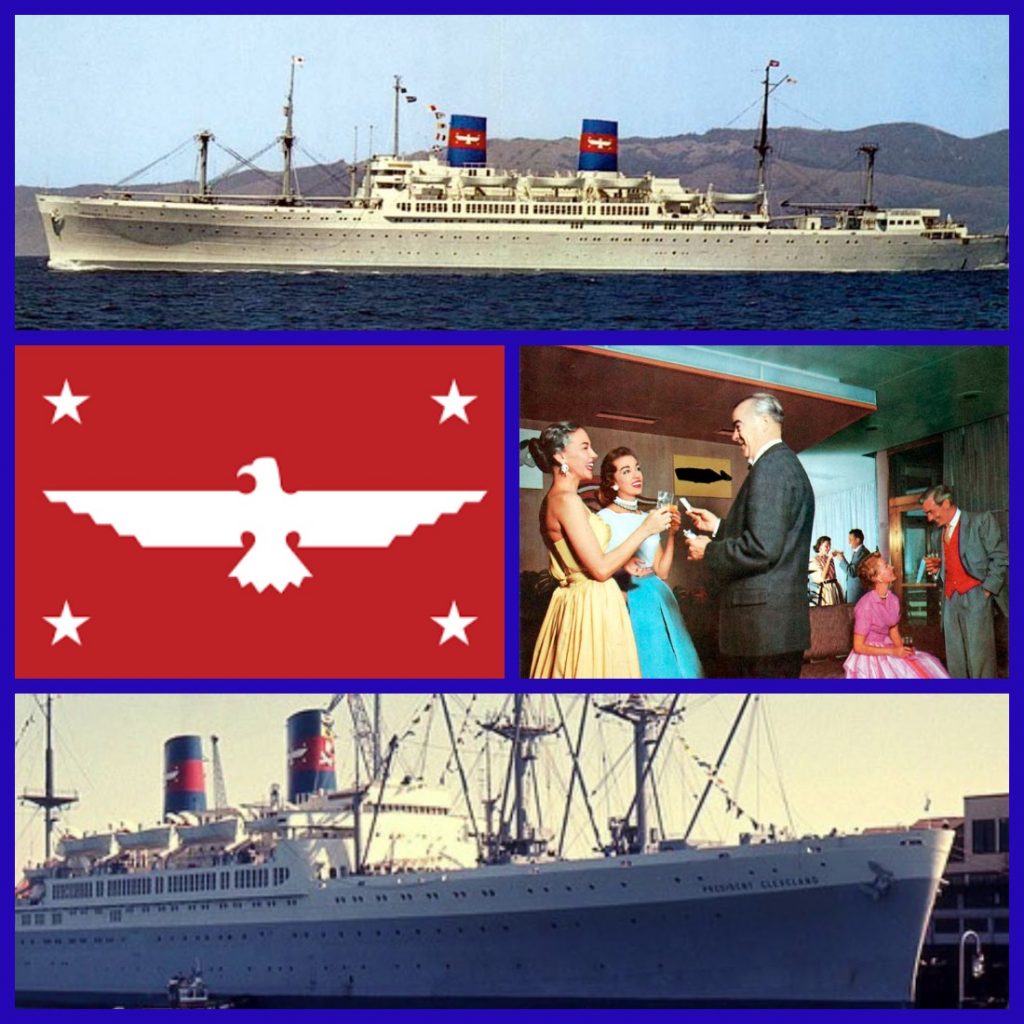