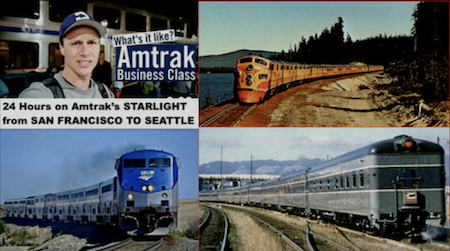 Southern Pacific’s premier trains the Shasta Daylight, and the Cascade served the northwest from San Francisco to Portland and Seattle from the 1950s into the 1960s. 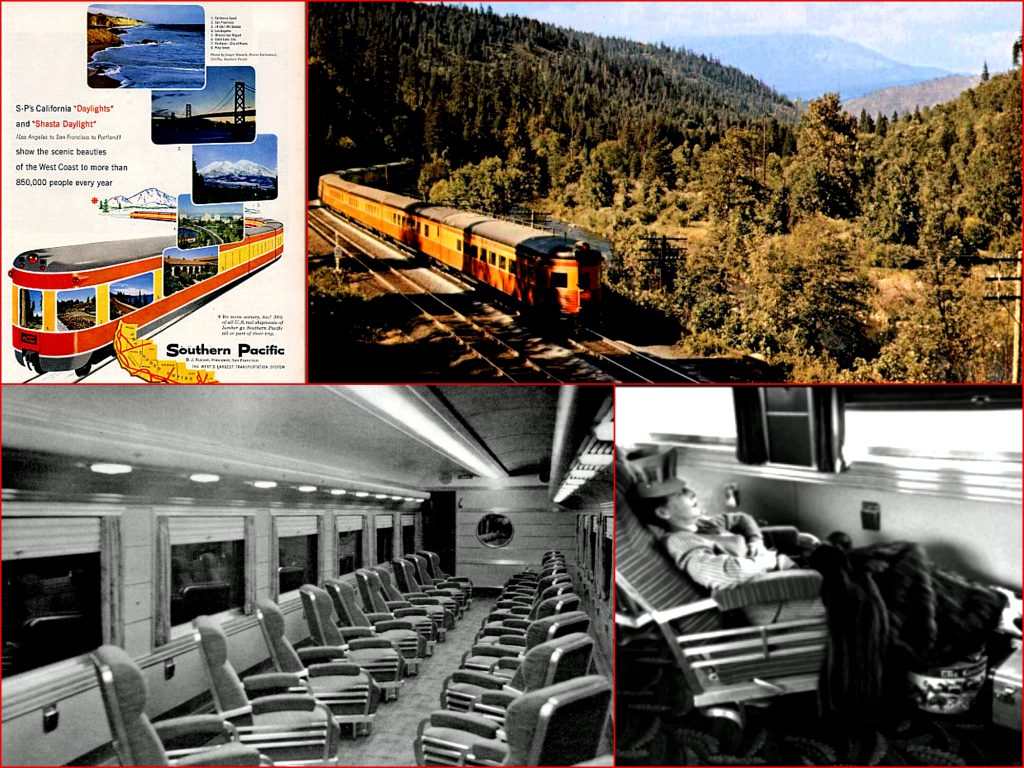 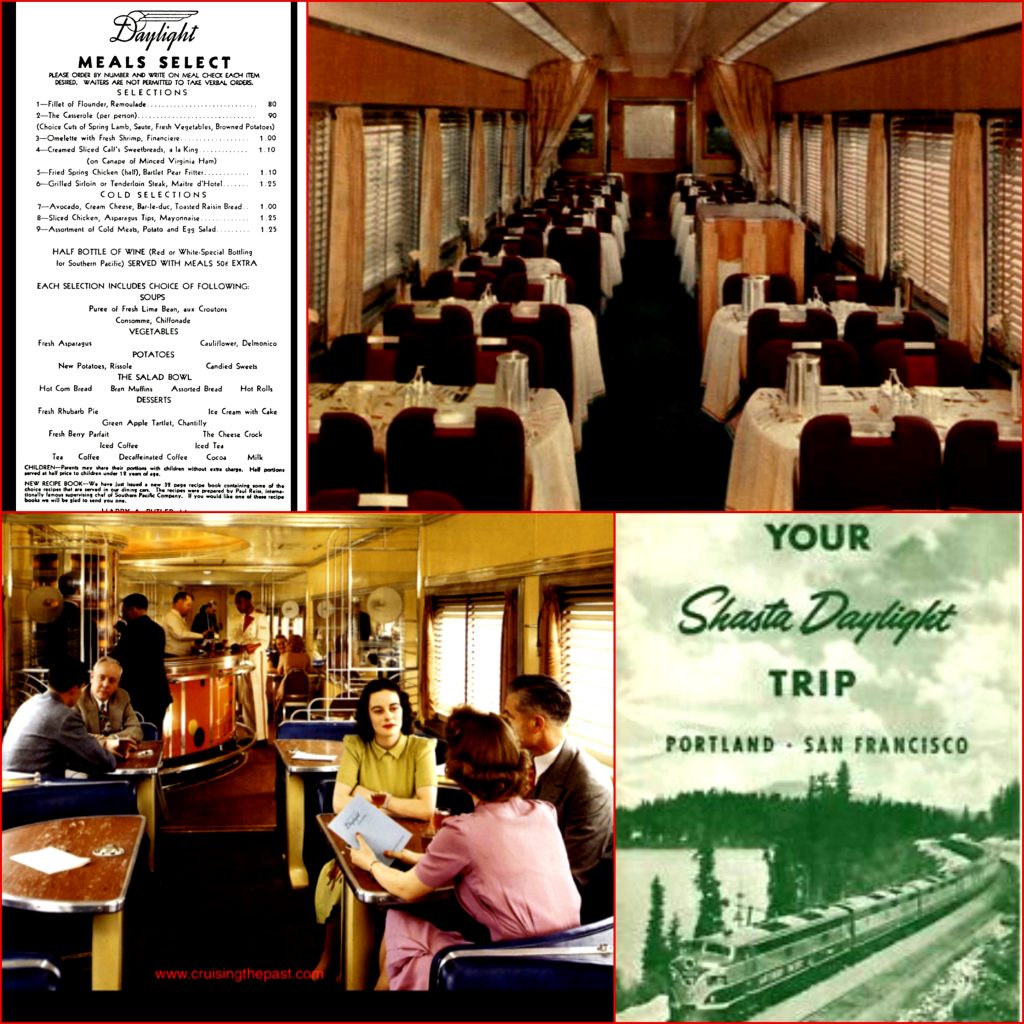 The streamlined Shasta Daylight was the long-distance daylight train between San Francisco/Oakland and Portland. 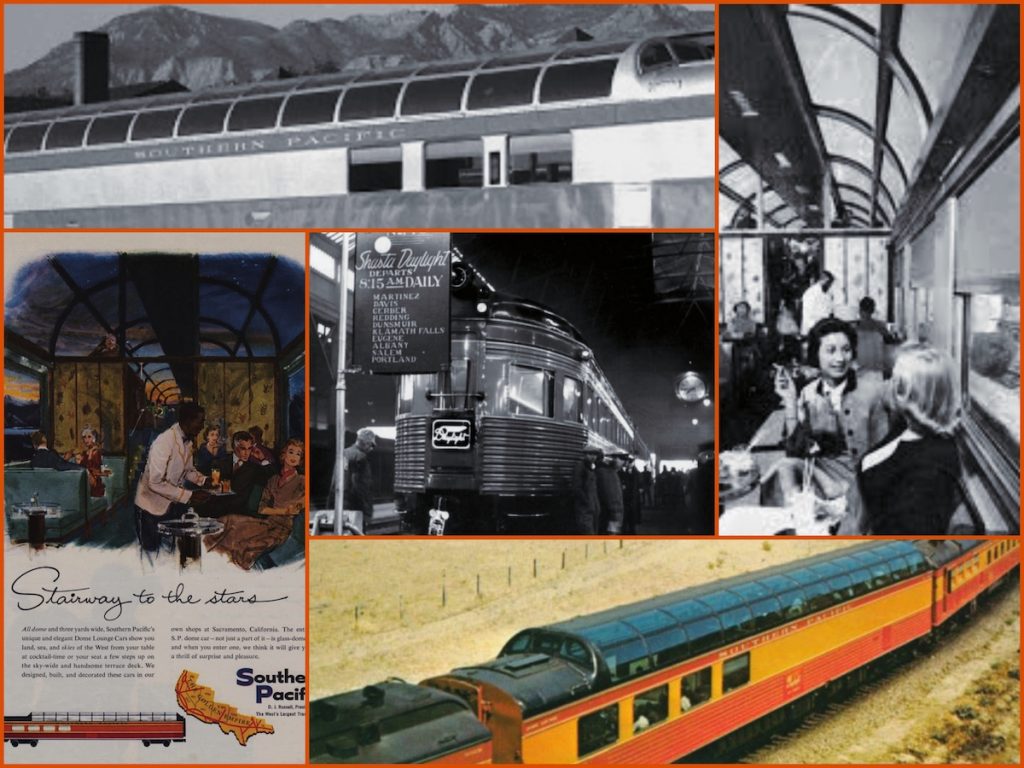 The deluxe train offered chair car, parlor car accommodations with dining and lounge car services. The Shasta was one of the most modern-day trains in America. 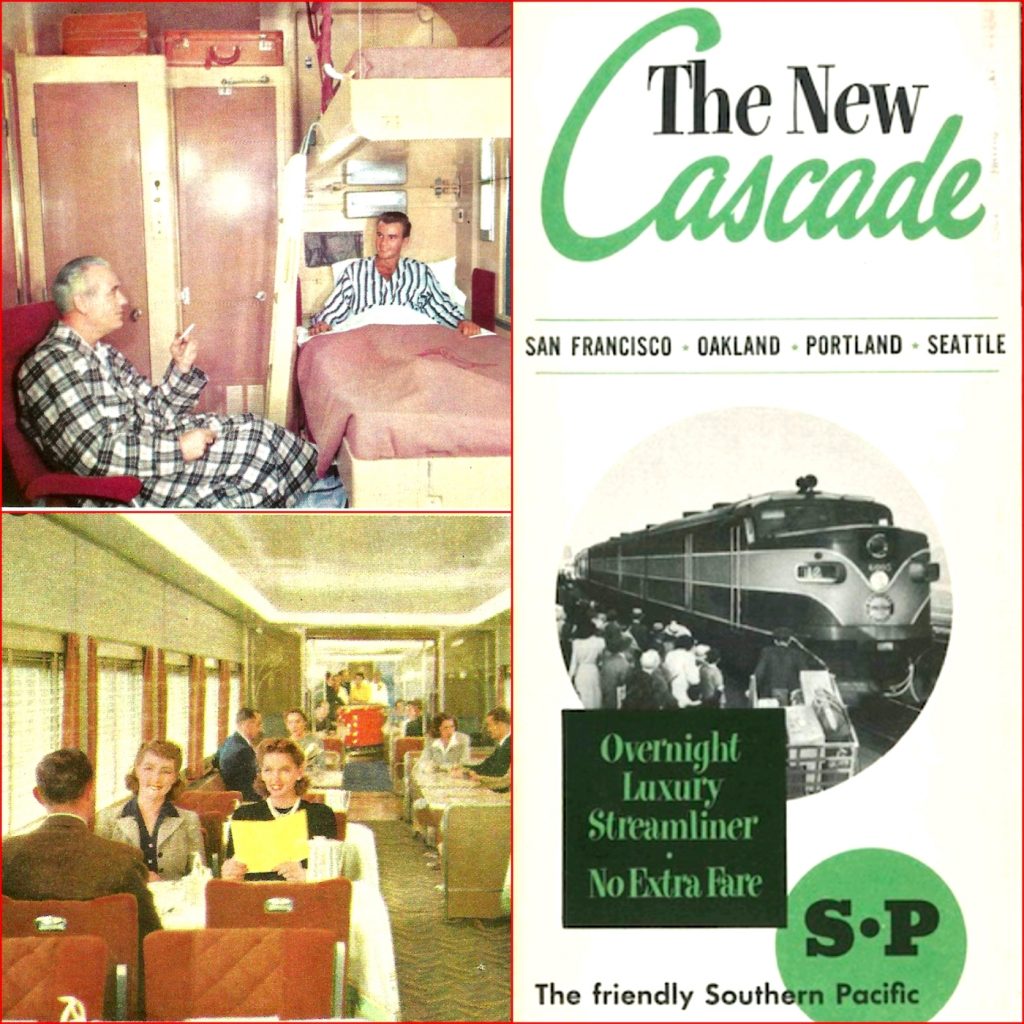 The streamlined Cascade was SP’s overnight train between San Francisco/Oakland and Portland with sleeping cars to and from Seattle. 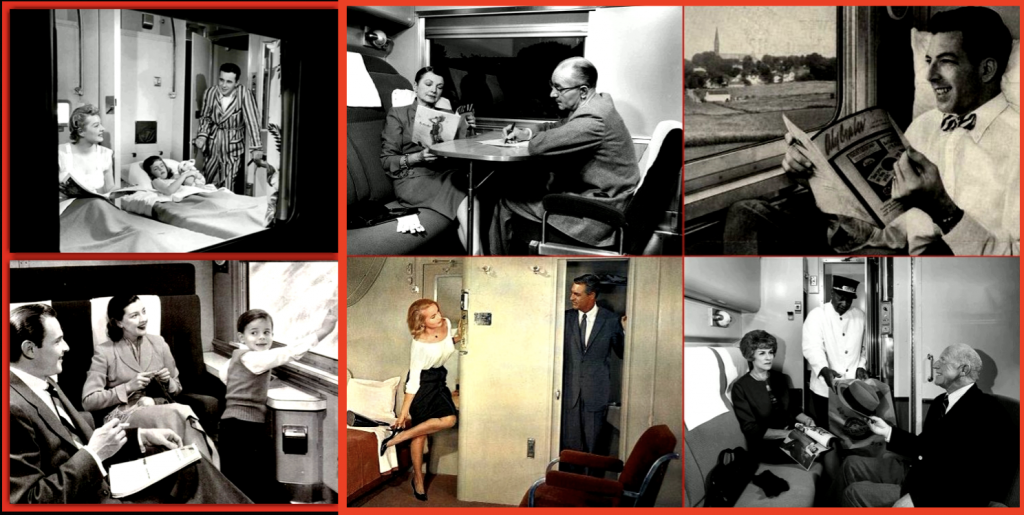 The Southern Pacific streamlined Cascade offered sleeping car, chair car, lounge, and dining car service between Oakland and Portland. The through sleepers to Seattle numbered four and traveled north from Portland by the Union Pacific Railroad northbound and the Northern Pacific Railway southbound. 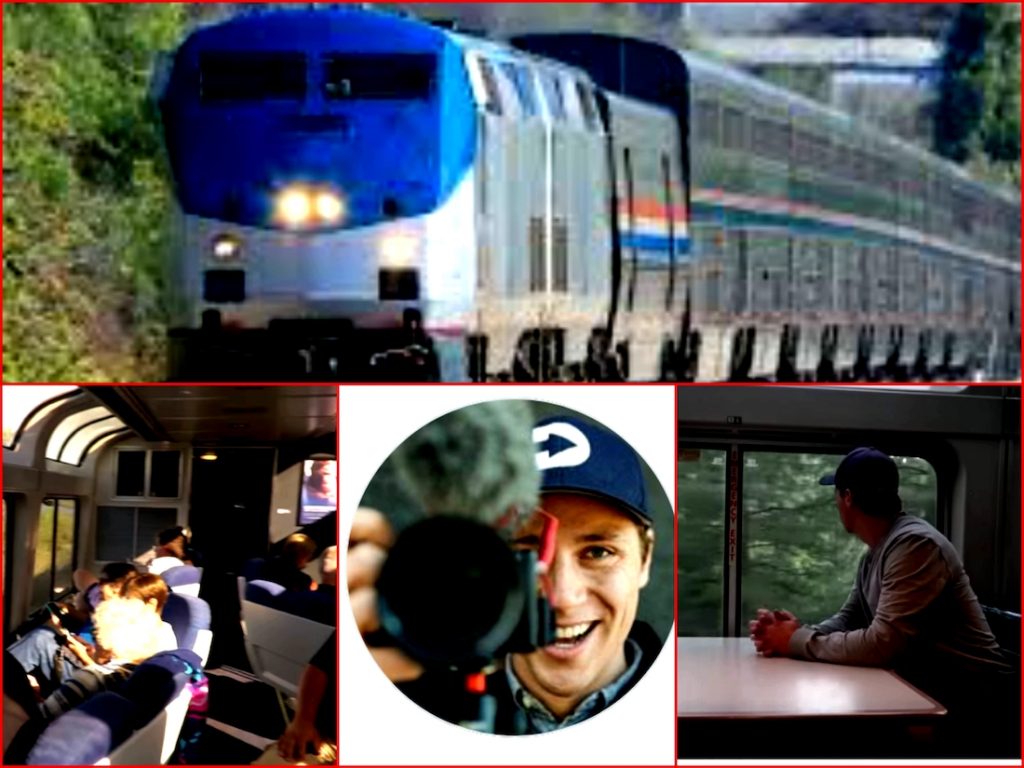 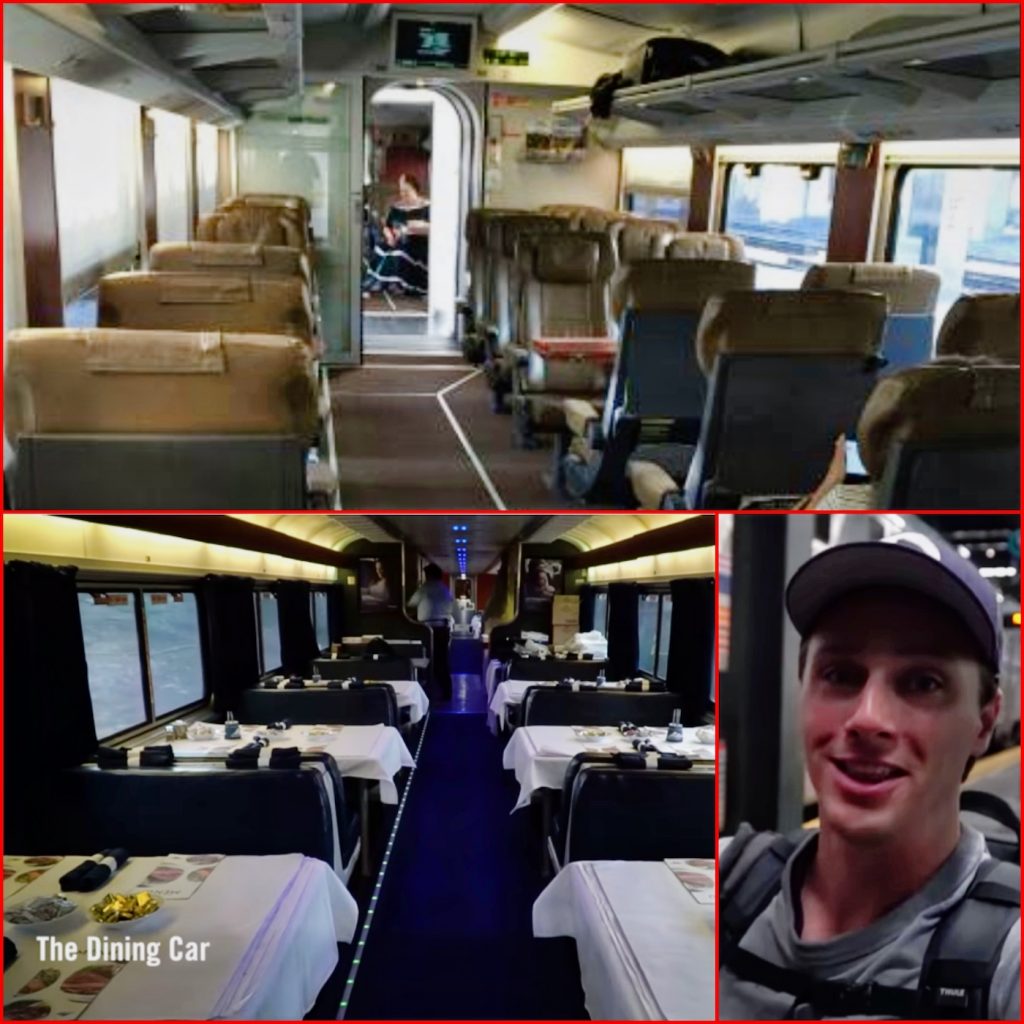 CW: Coast Starlight Dining Car; Business Class Car; Mike. (This is the business car image on Amtrak web page but sometimes they use a regular coach or chair car.

We will be covering bloggers, like Mike at Downielive, where they are covering a form of travel, that has a strong past history like the Starlight’s predecessor trains.  Mike has traveled on Amtrak name trains they have predecessors like the Coast Starlight such as the Sunset Limited and Empire Builder along with trains in the United Kingdom with strong elements from the past.