LATEST
Home > ALL POSTS > The popular “4 Aces” elegant liners sailed in luxury to the Mediterranean. 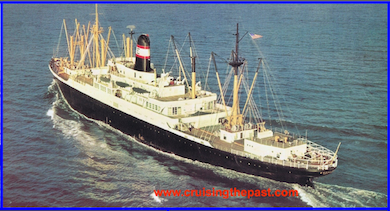 The popular “4 Aces” elegant liners sailed in luxury to the Mediterranean.

The Excalibur, Excambion, Exeter, and Exochorda were four of the most successful U.S.-flag combination passenger-cargo ships. 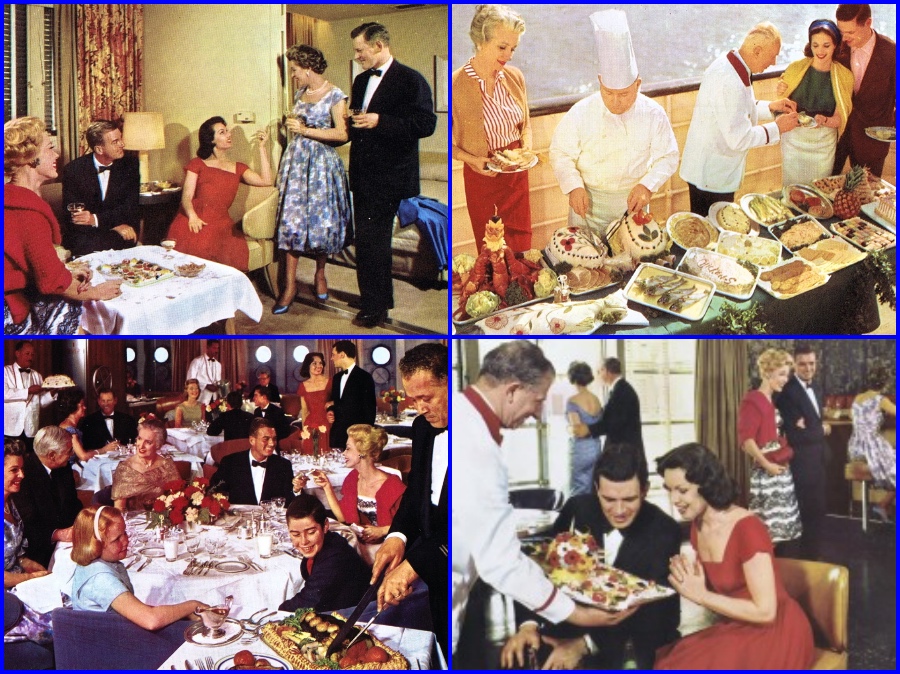 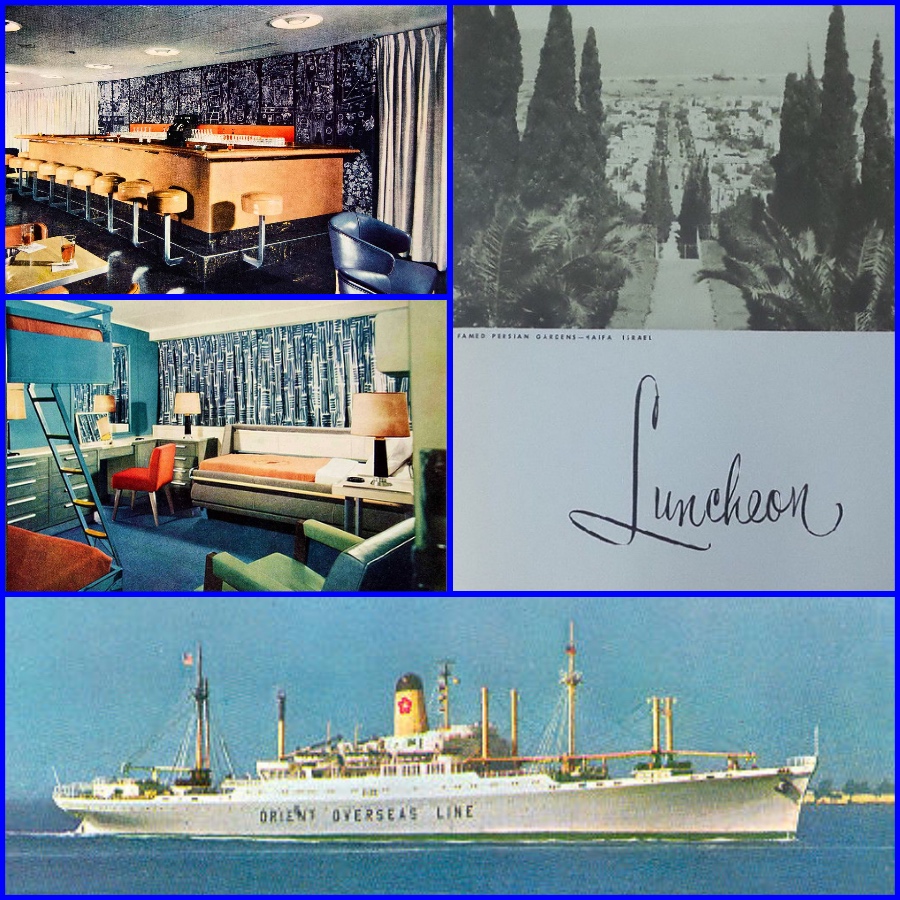 They were designed to provide a new concept of comfort, convenience, and pleasure in the spirit of modern American living. Possessing an air of charm and quiet good tasted was evident in the beautifully decorated, roomy interiors. 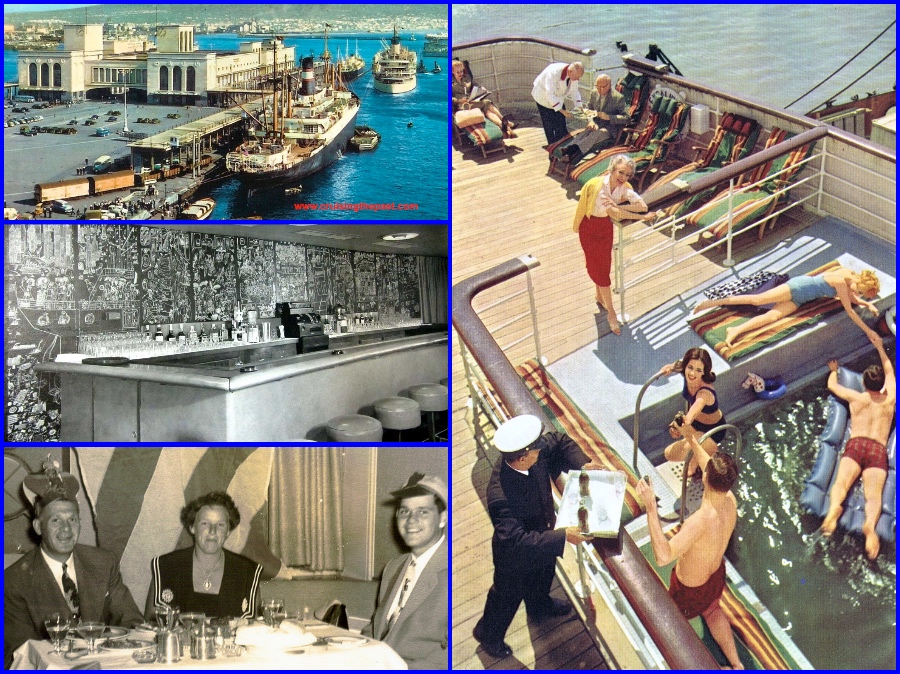 Noted industrial decorator Henry Dreyfuss, whose many designs included the “Twentieth Century Limited” locomotive (1938) for the New York Central Railroad, and the “500” desk telephone (1949), the Bell System standard for 45 years, designed the interiors. 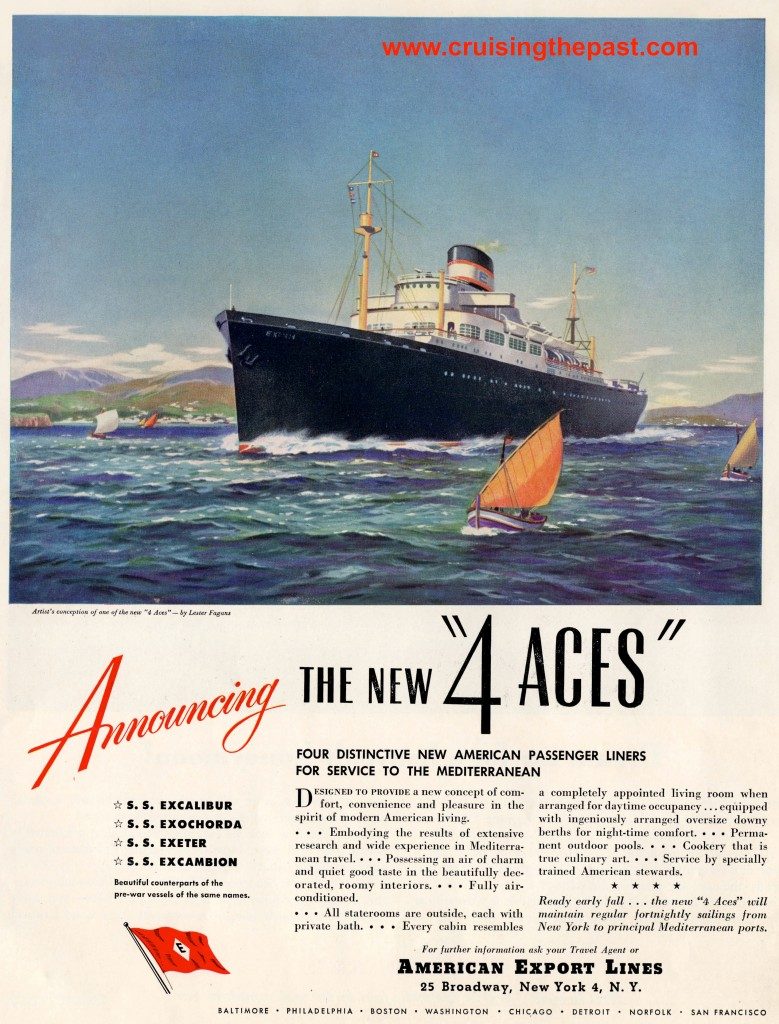 American Export-Isbrandtsen Lines, New York, was the leading US-flag shipping company between the U.S. east coast and the Mediterranean from 1919 to 1977, offering both cargo ship services and passenger ship services, until it declared bankruptcy and was acquired by Farrell Lines, New York.

Video of the popular “4 Aces”

In the face of airline competition and American Export’s decision to build new, faster, more efficient twelve-passenger freighters, the Excambion and Exochorda were withdrawn in 1958. The Excalibur and the Exeter were retired in 1964, then later sold to Taiwanese shipping tycoon C. Y. Tung for his Orient Overseas Line division. They sailed in further passenger-cargo service, from Sari Francisco to the Far East, before being broken up in 1974.