LATEST
Home > ALL POSTS > AMERICA’S AMUSEMENT PARKS DURING THE 1920s 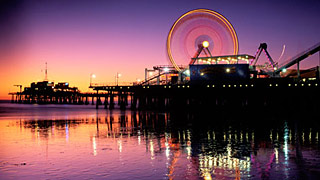 AMERICA’S AMUSEMENT PARKS DURING THE 1920s

CRUISING THE PAST – AMERICA’S AMUSEMENT PARKS DURING THE 1920s

GREAT YOUTUBE VIDEO OF AMUSEMENT PARKS IN THE 1920s.

Amusement park or theme park is the generic term for a collection of rides and other entertainment attractions assembled for the purpose of entertaining a large group of people.

An amusement park is more elaborate than a simple city park or playground, usually providing attractions meant to cater to children, teenagers, and adults.

A theme park is a type of amusement park which has been built around one or more themes, such as an American West theme, or Atlantis. Today, the terms amusement parks and theme parks are often used interchangeably.

Amusement parks evolved in Europe from fairs and pleasure gardens which were created for people’s recreation. The oldest amusement park of the world (opened 1583) is Bakken, at Klampenborg, north of Copenhagen, Denmark. In the United States, world’s fairs and expositions were another influence on development of the amusement park industry.

Most amusement parks have a fixed location, as compared to traveling fun-fairs and carnivals. These temporary types of amusement parks, are usually present for a few days or weeks per year, such as fun-fairs in the United Kingdom, and carnivals (temporarily set up in a vacant lot or parking lots) and fairs (temporarily operated in a fair ground) in the United States. The temporary nature of these fairs helps to convey the feeling that people are in a different place or time.Today’s amusement parks lack charm and originality, they reflect corporate zeal, with little originality.

There are still some retro amusement parks left, such as the one in Santa Cruz, California (seen above) that have pizazz and style.  But the remainder in California and most of the USA reflect the mundane commercialism of Walmart – such as Disneyland, Knotts Berry Farm, Magic Mountain, etc.