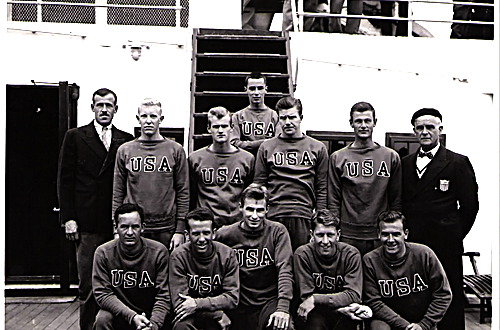 The 1936 Summer Olympics, officially known as the Games of the XI Olympiad, was an international multi-sport event that was held in 1936 in Berlin, Germany.

It marked the second and final time that the International Olympic Committee would gather to vote in a city which was bidding to host those Games. 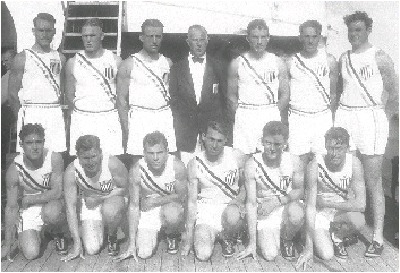 American team heading for the Olympics aboard the German liner SS BREMEN.

The BREMEN and its near sister EUROPA, where the new quadruple turbine steamers of NORDDEUTSCHER LLOYD became a symbol for a new peaceful Germany, open to the world. 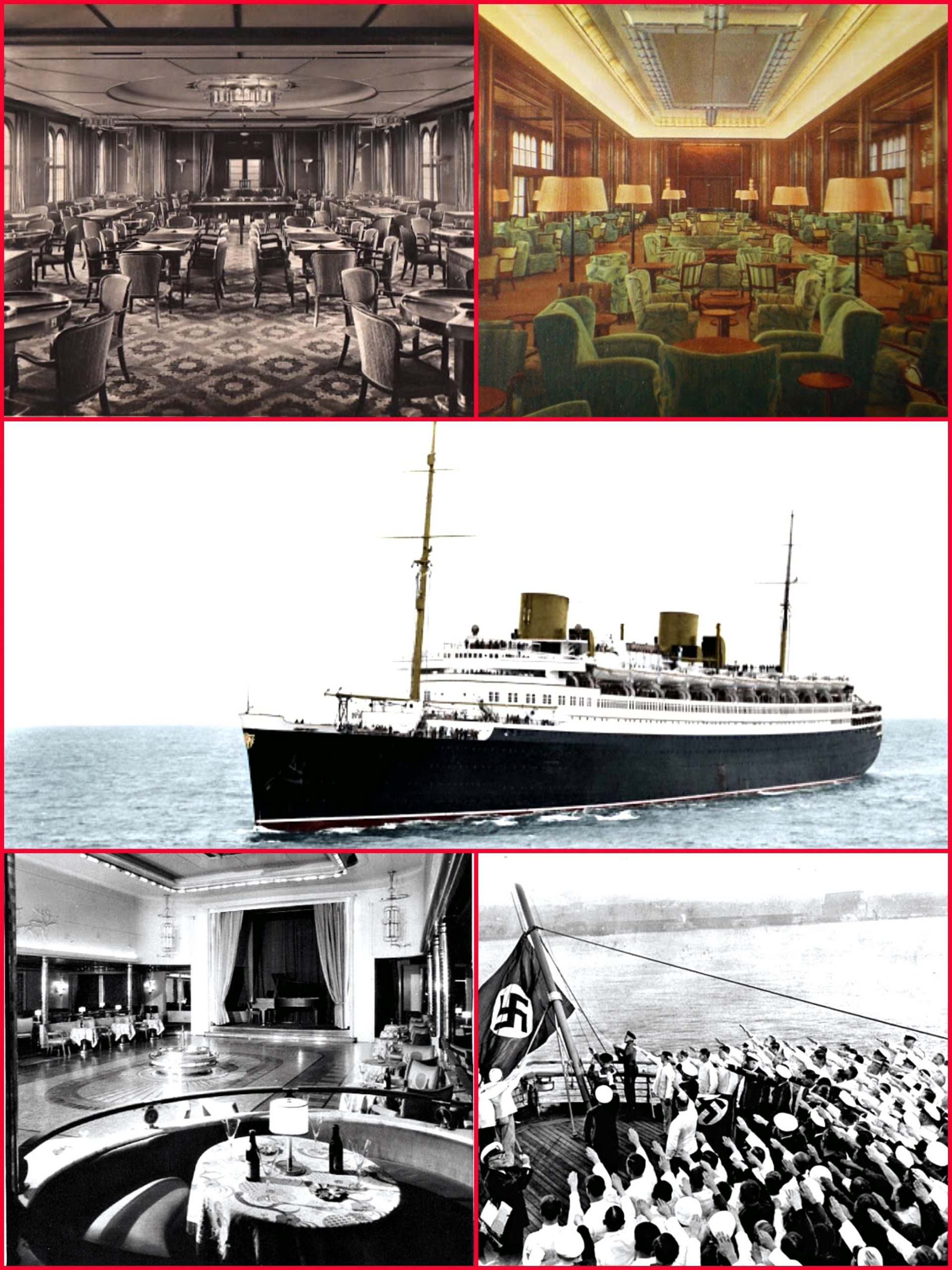 Left: Hitler with American Olympic athlete.  Right:  German athletes who played in the 1936 Games.  One of them was gay and sent to a concentration camp where he was killed in 1943. 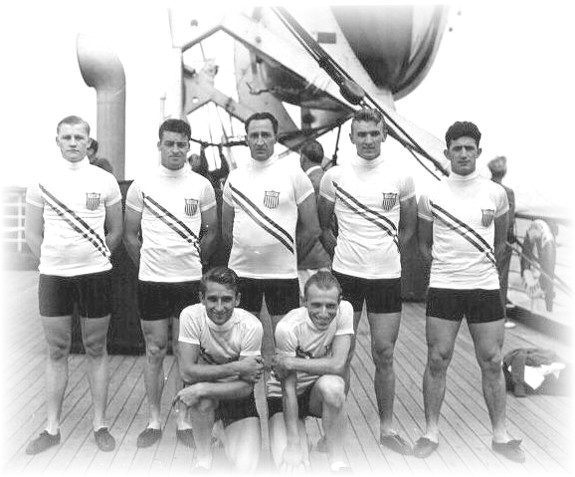 Nazi officials ordered that foreign visitors should not be subjected to the criminal strictures of anti-homosexual laws.