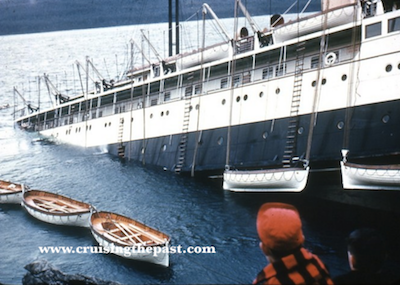 Alaska Cruise Sinks – The 1952 wreck of the SS Princess Kathleen

The Canadian Pacific Line’s 6,000-ton Princess Kathleen, queen of Alaskan liners, was 18 miles from Juneau on the last trip of the season from Vancouver, B.C. to Skagway, Alaska. 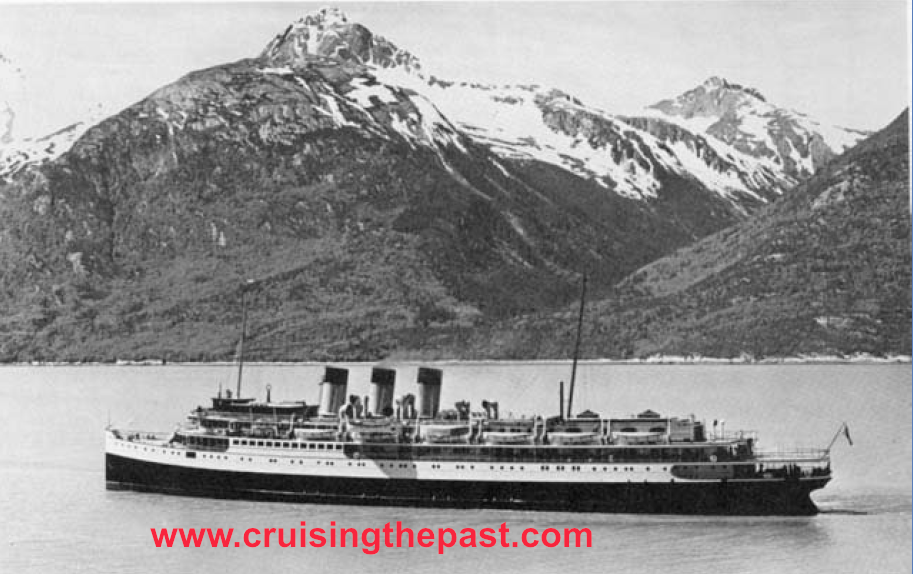 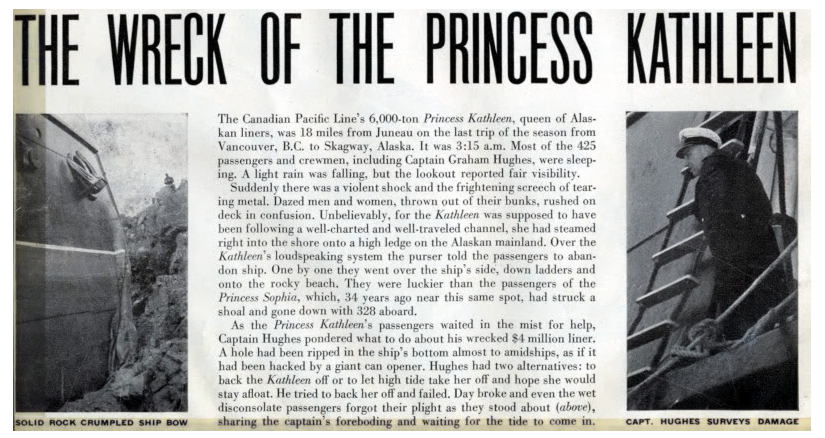 Life Magazin coverage of the wreck of the Princess Kathleen.

Video on the SS Princess Kathleen

Suddenly there was a violent shock and the frightening screech of tearing metal. Dazed men and women, thrown out of their berths, rushed on deck in confusion. 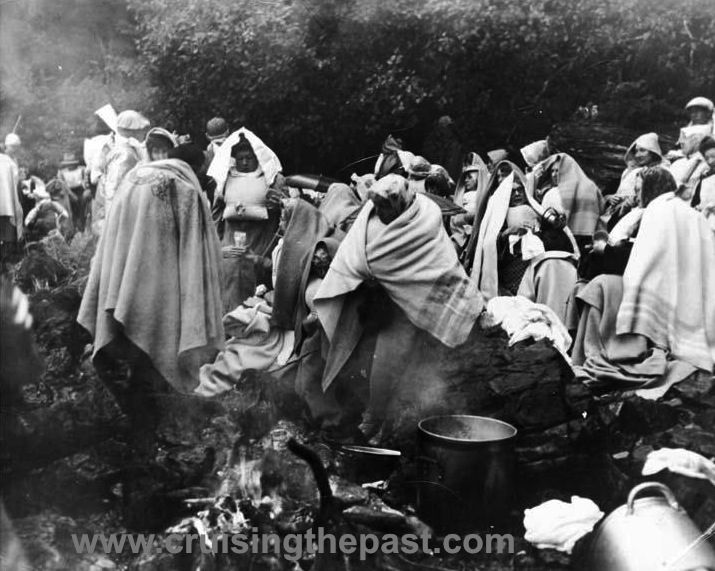 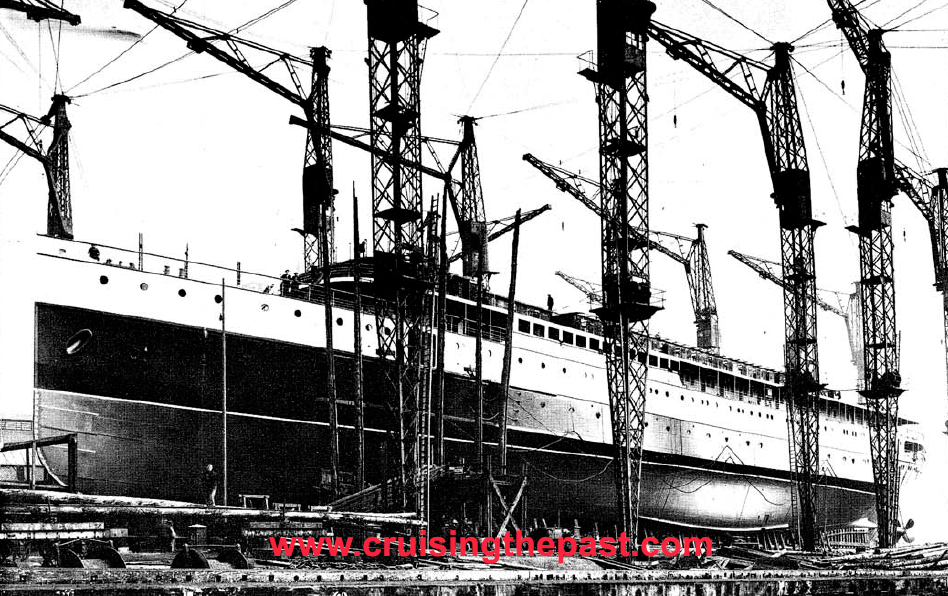 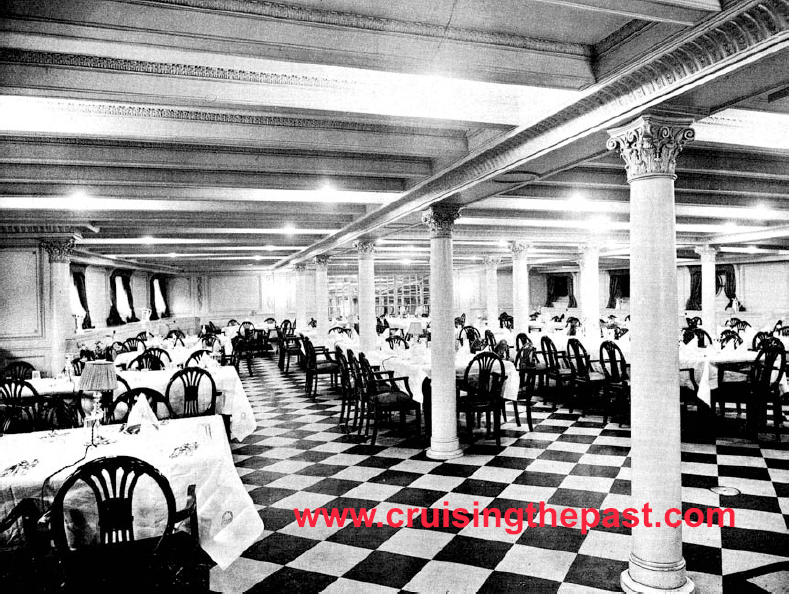 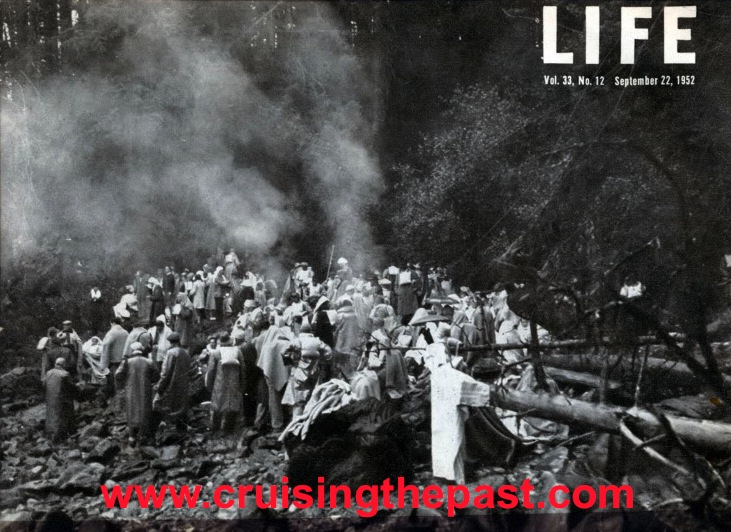 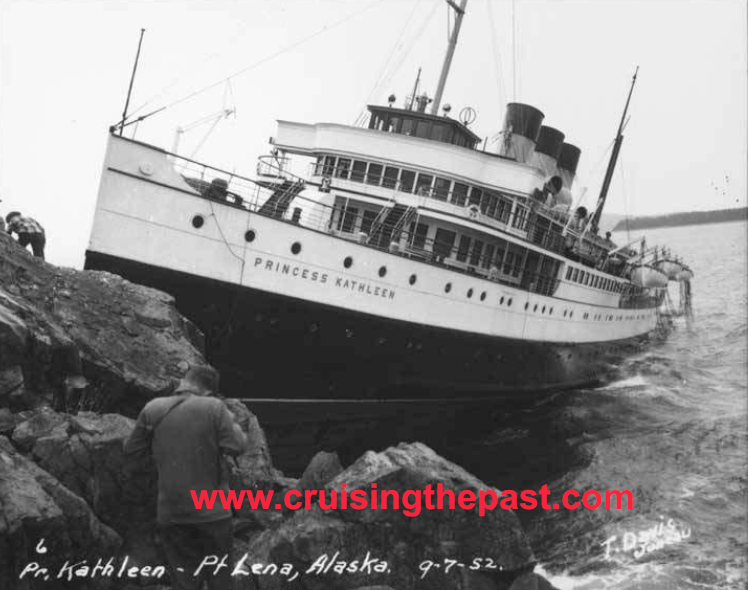 Quite quickly the two sisters became the preferred ships on this service, successfully competing against their biggest rival for the passenger market, the Black Ball Line. Eventually, both of the sisters were later modified to carry 1,800 passengers by reducing the number of staterooms to 123. 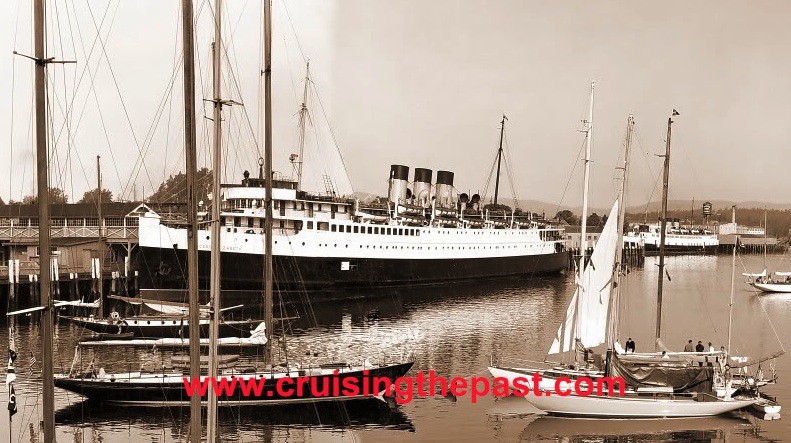 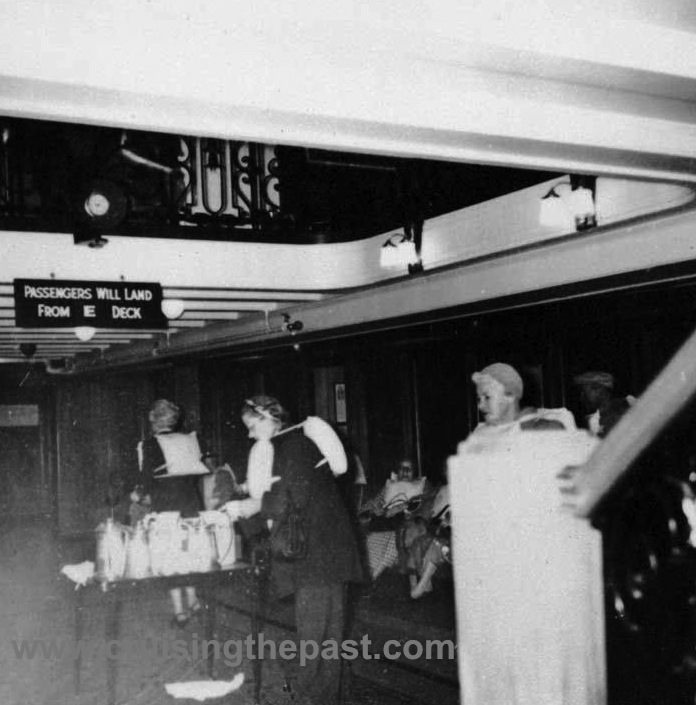 During the 1950-51 cruise season, the Princess Kathleen had a brush with fate, when she and another ship, the Prince George, both equipped with radar, collided during heavy fog in September 1951, 27 miles northwest of Prince Rupert. 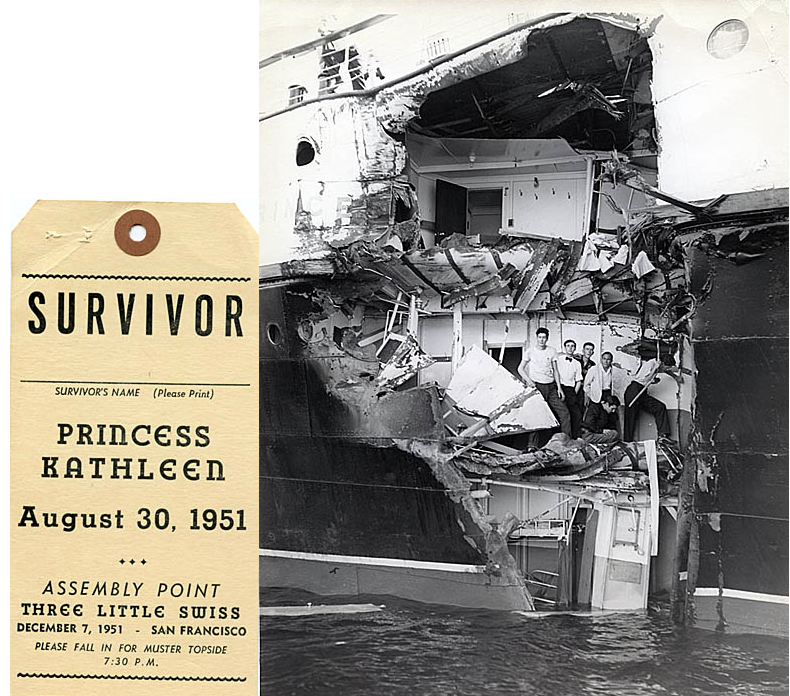 All passengers were mailed this souvenir… Princess Kathleen had escaped… But her fate would change the following year.

Damage to the Princess Kathleen approached $250,000, while approximately $100,000 damage was inflicted on the Canadian National steamer. 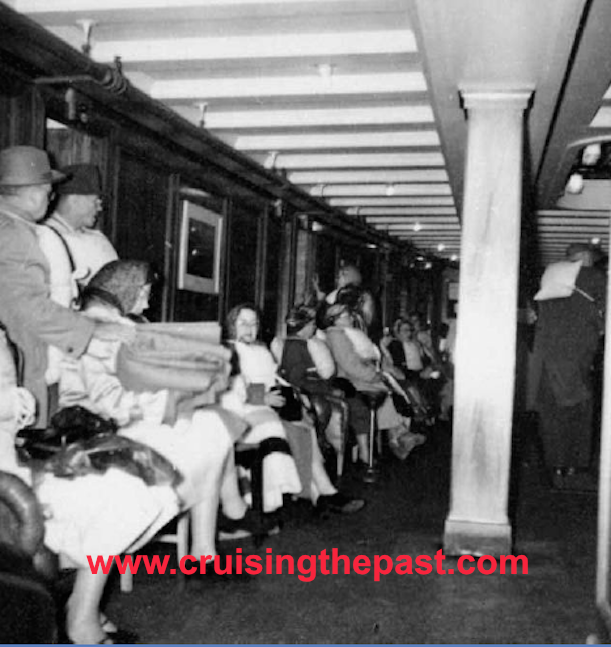 The sinking of Princess Kathleen… 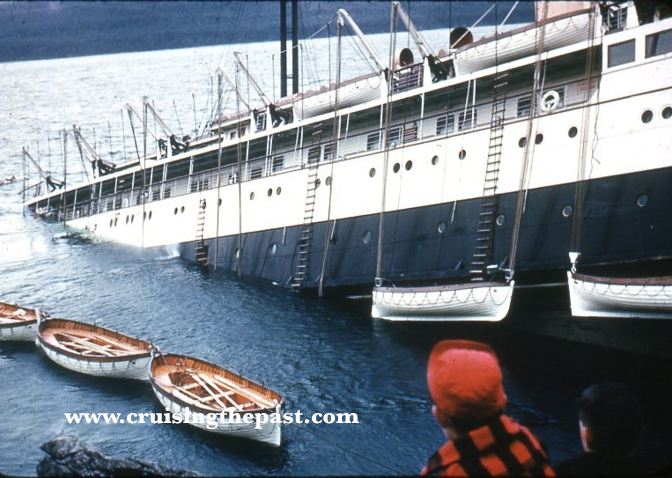 A young passenger looks at the sinking ship…

It was while on this same service that the fates, still determined it seems to thwart her, finally caught up with Princess Kathleen for good.  On September 7, 1952, while on the final Alaska cruise of the season, the trim three-stacker encountered heavy squalls and poor visibility while traveling between Juneau and Skagway. At the time, the Chief Officer Charles W. Savage ordered a simple change, of course, to steer the vessel into the middle of the channel, this being done after seeing the traditional and regular sight of the Shelter Island Light. 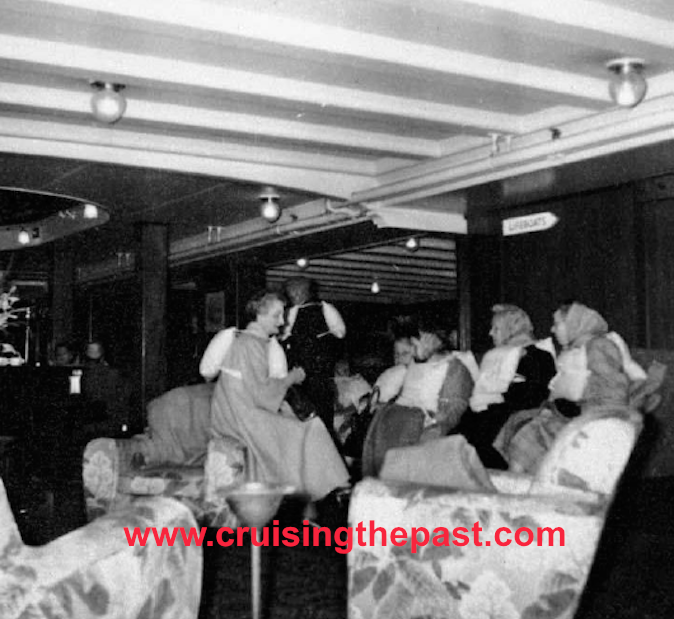 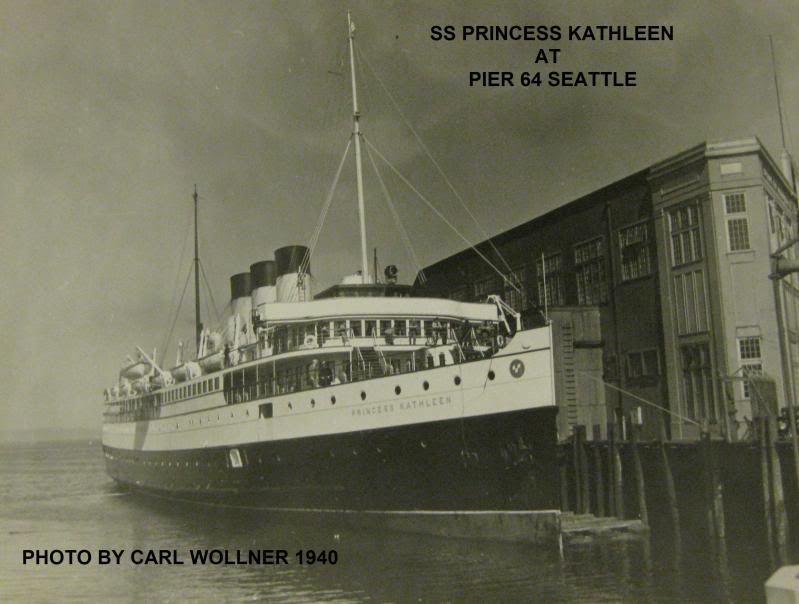 In hindsight, Princess Kathleen should have moved to mid-channel, then return back on the original course.  However, instead of giving the correct order to steer starboard then return to course, the Chief Officer Savage mistakenly gave a command to just steer starboard.  Eventually, when the error was discovered, the chief officer soon saw land ahead and in a last ditch effort to avoid a collision, he ordered the vessel hard-a-starboard, but it was too late. 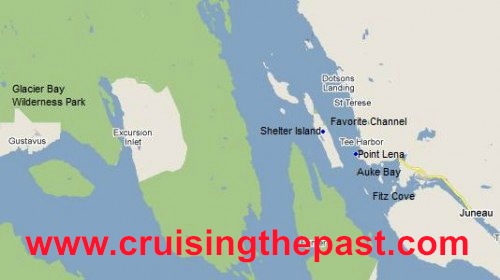 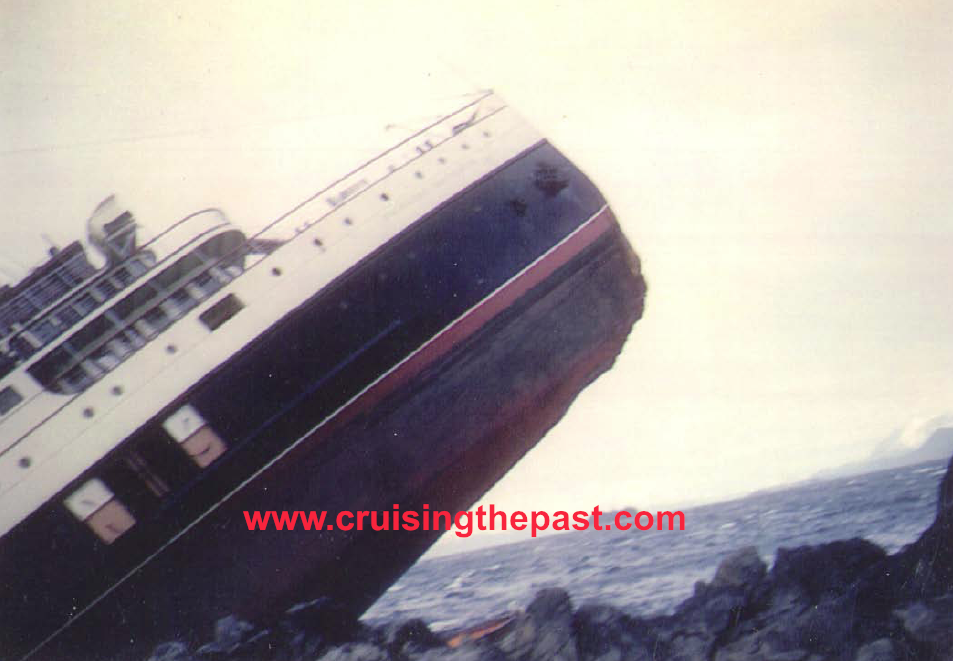 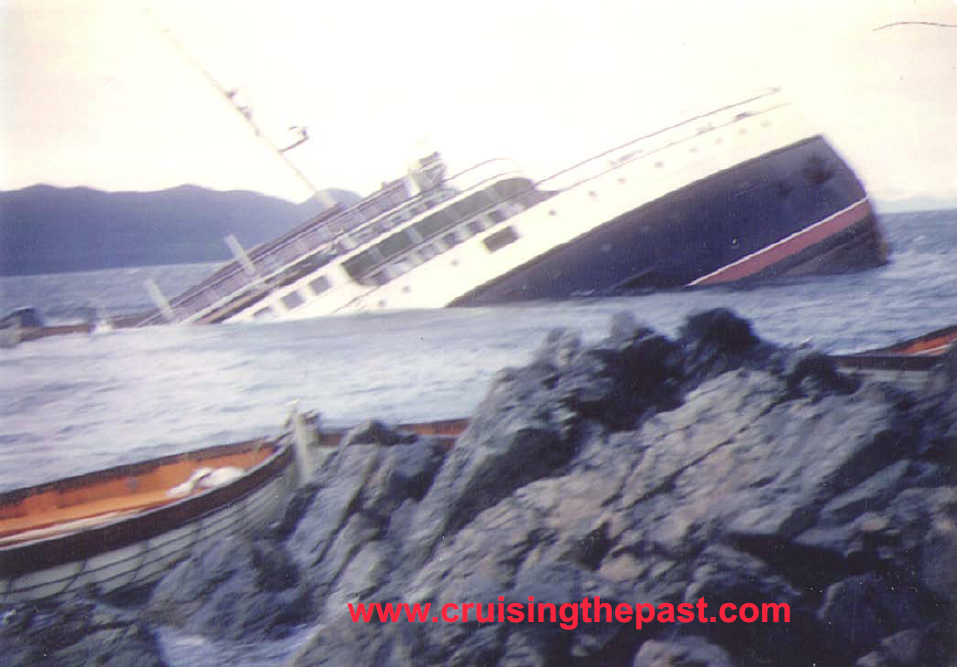 The calmest passenger on the ship that night had been 88-year-old Mrs. Mary Thorne of San Francisco. Other passengers told the press that her courage and cheerfulness boosted their morale and turned what could have been a night of terror into an exciting experience. Mrs. Horne said at the time of the accident that she “was in good shape!” Further exclaiming; “We are all in good spirits and very thankful for the Coast Guard.”

However as the tide rose, her stern became swamped and started to flood. With the incoming tide encroaching on her perch and with her bow still on the rocks, the Princess Kathleen flooded even further, to the point that at 11:30 am, the captain and 80 crew gave up on trying to save her and abandoned her to the elements. 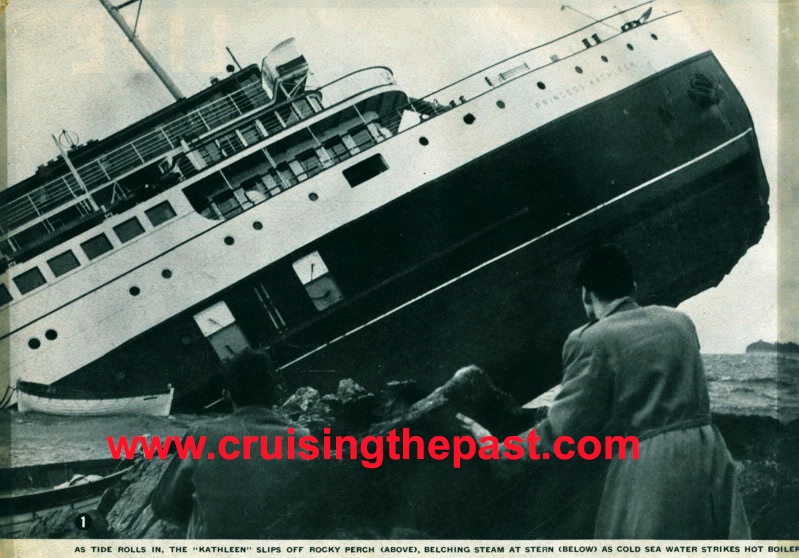