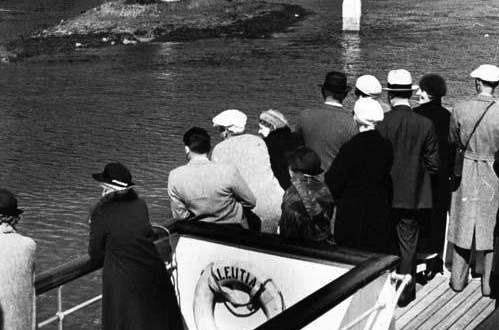 A fond farewell. The SS Denali ends the era of passenger service for the Alaska Steamship Companyas she makes her final departure and sails away for the last time from Pier 42, Seattle at 3 p.m., September 24, 1954. Sailing day meant excitement for the Alaska Steamship Company liners. Here is the SS Alaska sailing from Seattle in 1952.