A Titanic task: Motor specialists Haynes produce a manual for the “unsinkable ship”

A Titanic task: Motor specialists Haynes produce a manual for the “unsinkable ship” 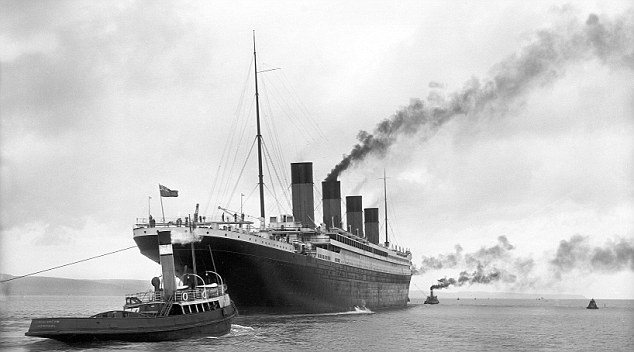 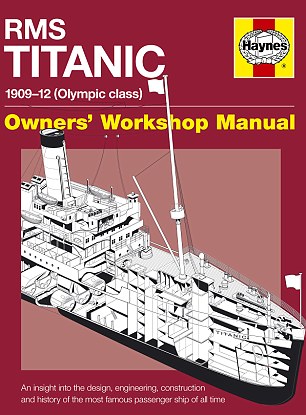 What if they had this book when the Titanic hit the ice-berg… who knows how it might have all turned out?

Nearly a century after the ill-fated luxury liner sank on its maiden voyage to the depths of the freezing the North Atlantic, those masters of the motorists’ car manual at Haynes have diversified into a fascinating new area with the “RMS Titanic Owners’ Workshop Manual 1909-12 (Olympic Class).”

The 160-page hardback tome covers both the technical specifications of the superlative steam ship and the all too human tragedy which befell the passengers and crew after the ship’s owners and captain tempted fate too far – and lost.

A whole chapter is devoted to the intricate design of lifeboats – of which there were sadly and scandalously far too few.

The new and “missing” manual has been published exactly a year ahead of the 100th anniversary of the Titanic’s sinking in April 1912.

And who knows, with lessons learned since the tragedy and the location of the wreck, this fascinating technical tome might just might have made a difference.

The book includes hundreds of photographs and illustrations showing how the ill-fated ocean liner was designed, built, launched, fitted out and operated – from launching the lifeboats to repairing a rivet, firing up the vast boiler furnaces, and running the giant refrigerator to produce ice for the champagne of the super-rich. 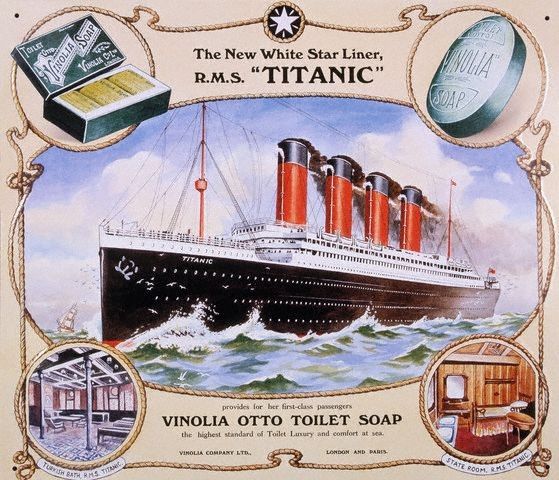 In its day, the Titanic’s scale was simply epic as it sacrificed speed in favor of size, luxury and space on the North Atlantic passenger route.

Cutaways and technical illustrations show key machinery and equipment, including features such as the Titanic’s 15 watertight bulkheads that were supposed to make her ‘practically unsinkable’ even when holed.

But they didn’t extend high enough. So the water went over the top and into the next compartment, dragging the ship down. Illustrations also include fatigue cracks in Titanic’s sister ship Olympic – at exactly the point where Titanic broke in two.

Power: Steam for the Titanic’s huge engines was generated by 29 boilers fed by 129 furnaces eating 850 tons of coal a day

A spokeswoman for Haynes said: “Most people know us for our car owners’ workshop manuals.  But as the centenary of the Titanic’s loss approaches, we thought it fitting that the world’s most famous passenger ship should finally gets the Haynes treatment.  We wanted to take people right in to the heart of the ship – behind every nut, bolt and rivet.”

Titanic was the second of the Olympic Class liners.

She wasn’t revolutionary in design, but was remarkable for her size, say the authors: “It reveals everything from the opulence of the first class accommodation that made her the talk of Edwardian Britain, to the squalor of the engine rooms, where 48 firemen stoked the fires at any one time.”

The stokers were known as the ‘Black Gang’ or the ‘Black Feet Brigade’ and tended 159 furnaces that consumed 850 tons of coal a day.

“This unrelenting work, deep in the bowels of the ship, meant that suicide rates amongst stokers on coal-fired ships like Titanic were alarmingly high.”

Daily life on board the White Star Line’s flagship vessel is also described, including the many responsibilities of Captain Edward John Smith – known as “the Commander” – the most senior officer in the whole of the White Star Line.

It sets out how the Chief Engineer kept the mighty ship and its systems running and how an army of staff toiled below deck from the engine rooms to the kitchens.

Of the 1,320 passengers and 900 crew on board the Titanic when it sank, just 706 survivors were rescued by the Carpathia which picked up their distress call sent out by the Marconi radio operators using the new ‘SOS’ message. Only 339 bodies were recovered from the sea.

White Star Line chairman and managing director Joseph Bruce Ismay was among the survivors. He managed controversially to escape into a collapsible lifeboat but ‘he did not look back at the sinking liner he owned’, says the book.

Captain Smith, of course, went down with his ship as the band, famously played on.

Our thanks to the London Daily Mail…